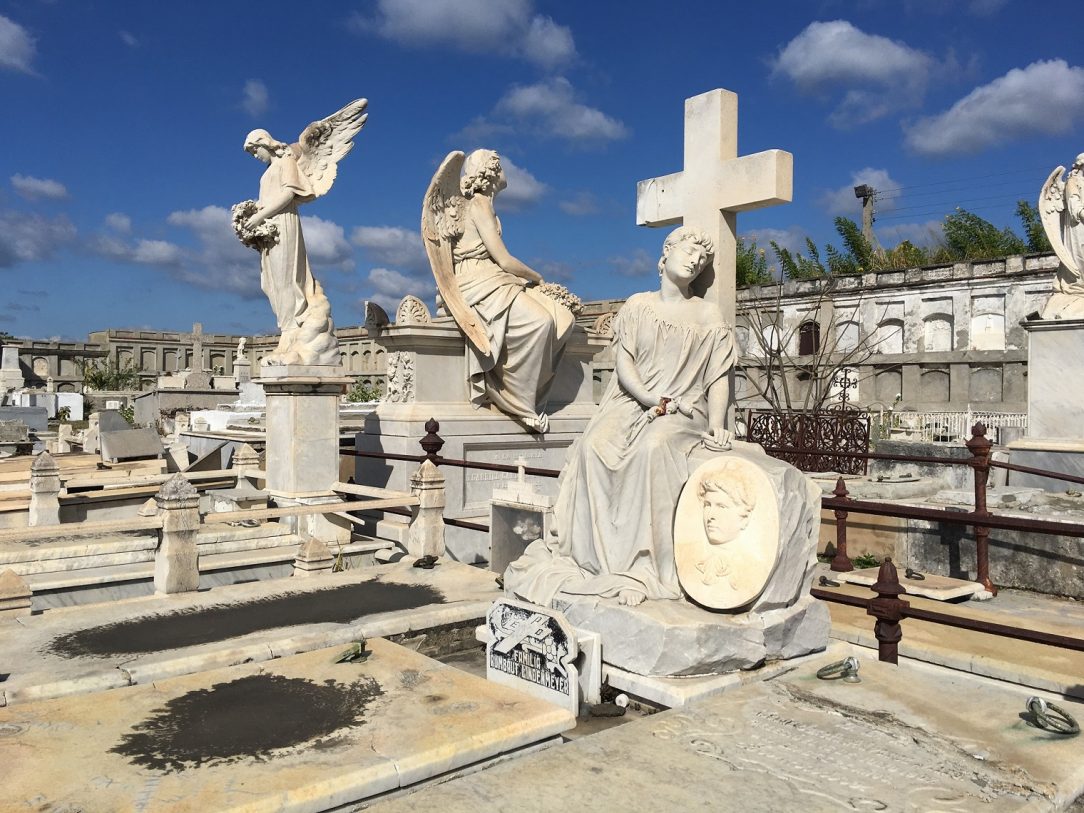 Interesting And Unusual Cemeteries In Argentina 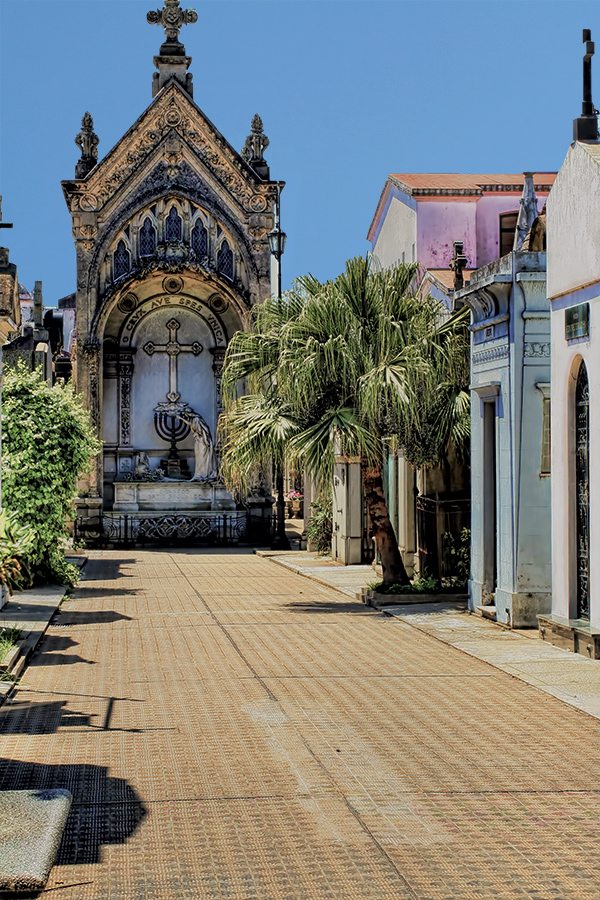 Tracey and Rob  from The Expat Experiment

Surrounded by an electric and vibrant city, it is incredible how quiet it is inside its imposing stone walls. Inside an architectural mêlée including Greek shrines, pyramids, and massive marble herald angles, Recoleta Cemetery is a bona-fide spectacle for the stories of its famous dead residents.

Dead Presidents, military heroes, and influential politicians reside within the gates of this cemetery. Spend an afternoon wandering the peaceful streets in this spectacular stone graveyard, where every alley is lined with impressive stone sculptures and embellished marble tombs.

Interesting And Unusual Cemeteries In Chile 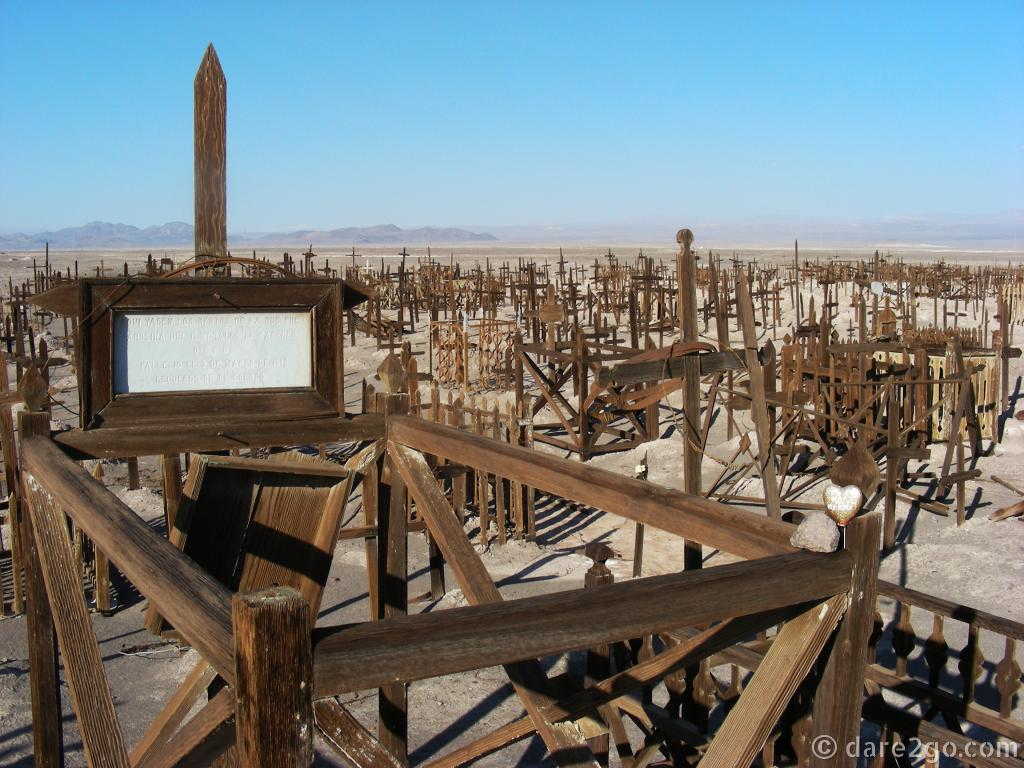 Yasha and Jurgen from Dare2Go

In the early 1900s there was a boom of Salpeter mining in the Atacama Desert in Chile, drawing thousands of poor families into this barren landscape, hoping to find work and wealth. We spotted this enormous old graveyard from the highway, south of Calama. Our photo shows less than a quarter of it. In the dry desert climate timber dries out and shrinks. The desert wind blew over the simple crosses, making every joint rattle. It almost sounded like clattering bones in some horror movie. Eerie! What shocked us the most was the number of child-sized graves – buried hopes of the ones who came here for a better life

Interesting And Unusual Cemeteries In Cuba 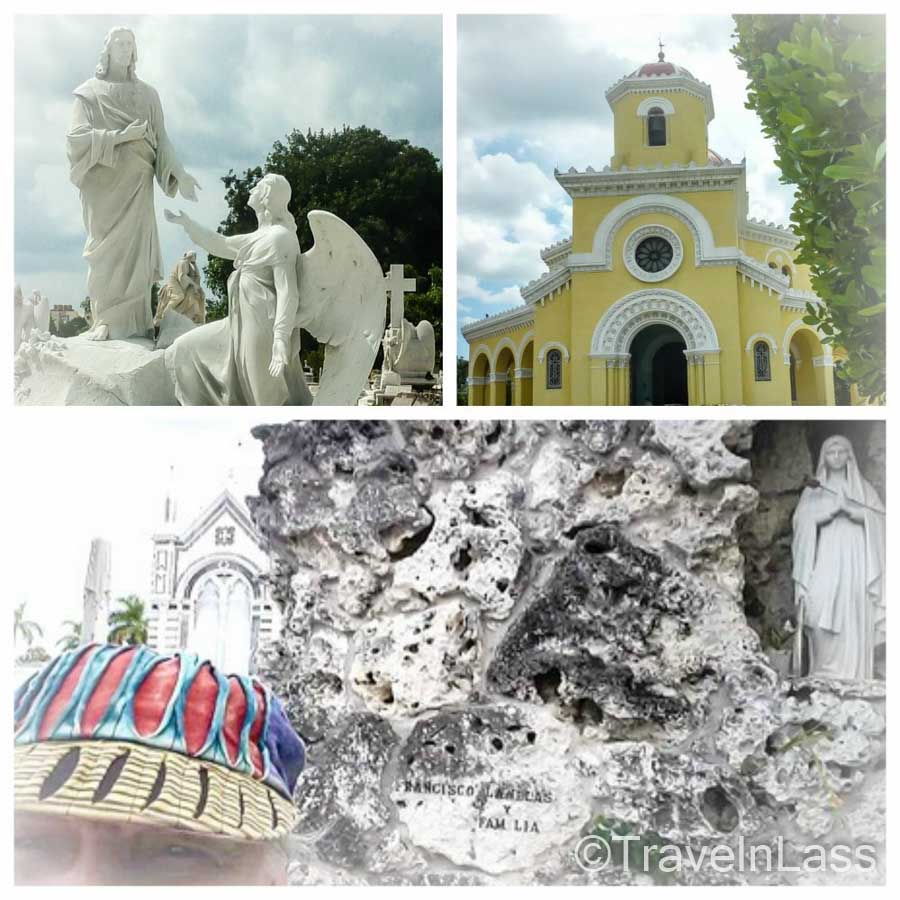 Ranked 11th (out of 167) “Best Things to do in Havana” by TripAdvisor, Colon Cemetery is indeed one of the great historical cemeteries of the world.  Built in 1876, it is chock full of elaborately sculpted mausoleums and crumbling old architecture. Located in the Vedado neighborhood, it’s easily reachable via the $5 Hop-On-Hop-Off  bus (best value in Havana). You can hop off there, and spend an hour (or three!) and then pick up the HOHO bus again when it’s makes it’s hourly run ’round Havana.

For me though… Cemetario de Colon proved even more fun because there just happens to be a virtual geocache to be logged there (as evidenced by the “selfie” in the collage) by we crazed geocaching (“a worldwide game of hide ‘n seek”) fanatics.

Talek from Travels With Talek

A short distance from the beautiful, French-influenced, central Cuban city of  Cienfuegos is the Reina (Queen) Cemetery.  I had heard that the statuary there was impressive, but I was not prepared for the level of artistic achievement I saw.

Opened in 1839 and declared a national monument in 1990, La Reina Cemetery is a must see in Cienfuegos.  It was originally founded to accommodate the overflow of deceased from a cholera epidemic. There is a caretaker at the front gate who will be happy to tell you the history of the cemetery as well as the legends surrounding some monuments like the beautiful Sleeping Beauty.

The caretaker is necessary because sometimes practitioners of the local Santeria religion will disinter bones to use in their ceremonies.  Despite this, the necropolis is peaceful and poignant. A good way to learn about the history of the area.

Interesting And Unusual Cemeteries In Guatamala 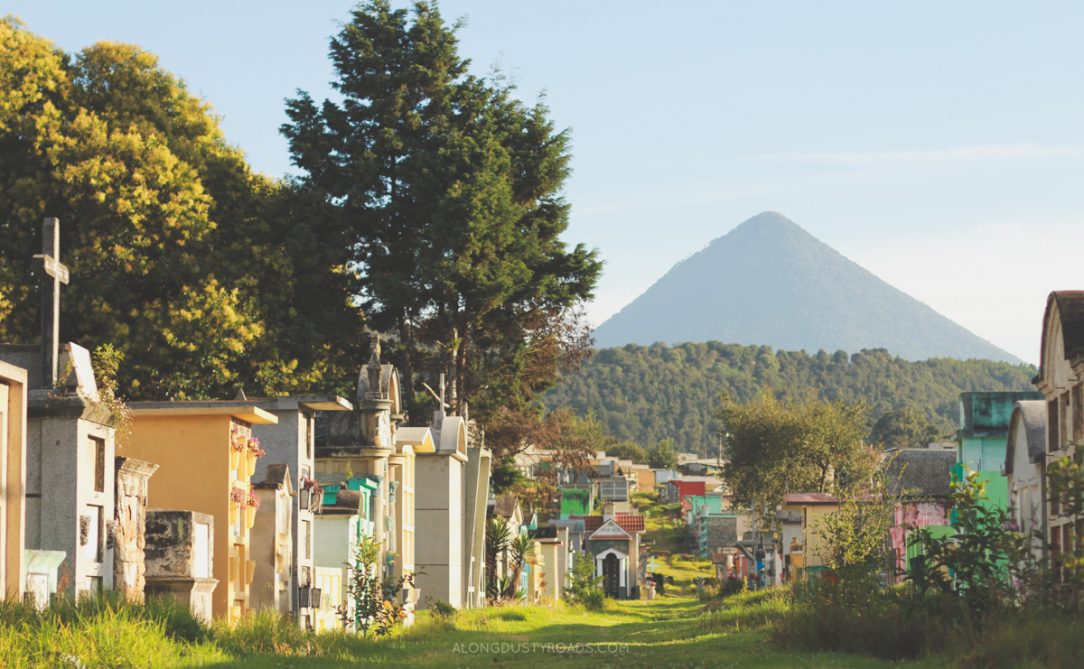 Andrew and Emily from Along Dusty Roads

“Whilst the colourful cemetery of Xela is undoubtedly beautiful in parts with grand mausoleums and fascinating architecture, it is for a different reason that you should pass through its gate. You see, there is a great divide in Guatemala, between rich and poor, and nowhere is this so stark than in a person’s final resting place.

Detested but wealthy dictators, the country’s revolutionaries and the citys rich are placed in ornate and expensive tombs, but one must venture to the depths of the cemetery to locate the Mayan graves. Here, spread out across grassy plots, you will not find headstones carved out of stone but instead simple hand-made wooden crosses and obituaries written in felt-tip pen. Venture further and you will discover something even sadder – a mass grave. For those whose families can no longer afford to pay the burial plot fees, their loved one is dug up and cast into a pit full of hundreds with the same fate.

This cemetery may be emotional, but it is for that very reason that it is so important to go.”