The weather was quite typical for this week as we headed off from Morpeth. A real mixed bag, rain overnight clearing to sunshine and then grey threatening clouds just as we got on the road. We were on a mission to explore around Hadrians Wall and learn more about the Roman history in the UK.

Sure enough just as we turned off towards Hexham light rain started to fall. It soon ended but the rest of the day it remained cold and windy. Strange summer weather for two Australians. 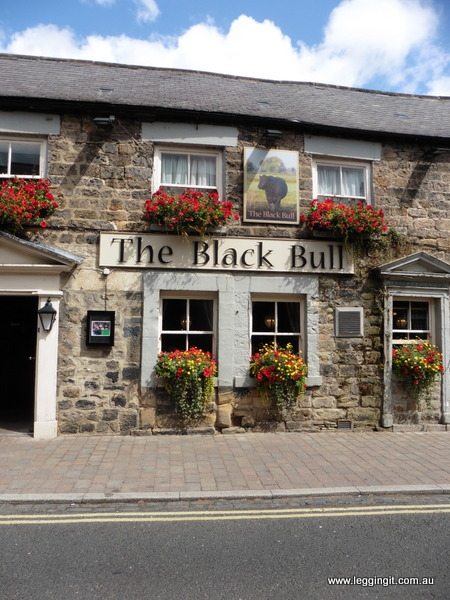 The ride out to the wall was quite nice and we stopped off at Corbridge, a quaint little town with lots of Roman ruins nearby. After a coffee and the most amazing cheese scones at a coffee shop near the church we took a stroll around town. We visited St Andrews church with reflects a style which is quite local to this area. It has a beautiful wooden ceiling and signs of changes through the years with a roman archway beneath the base of the tower, a Saxon window, a Norman doorway and modern glasswork. It’s one of those churches with a lovely feel.

Further along the road we passed through Hexham and were quite amazed how big it was. Eventually we arrived at Hadrians Wall and Housesteads Fort but not before being sent via tiny little farm roads lined with stone walls. Gotta love satnavs. 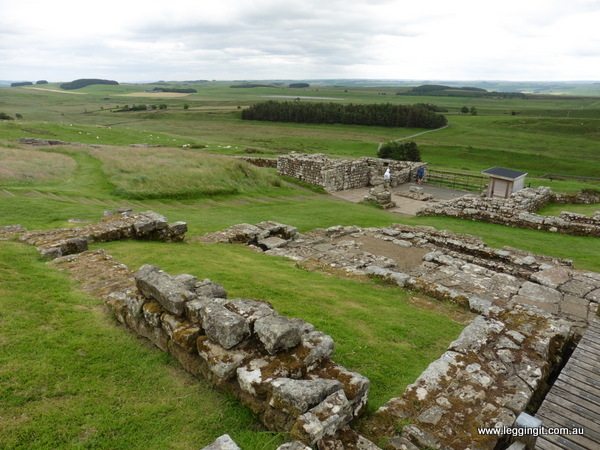 The construction of Hadrians Wall started in AD 122 and took only six years to build, stretched from Wallsend on Tyne on the east coast to Bowness on Solway on the west coast of Britain, a distance of 84 miles (135 km’s). Housesteads Fort (Vercovicium) was built around AD 124 and housed about 800 soldiers. Outside the walls of the fort a town existed which traded with and supported the Roman Army. There were as many as 17 forts along the wall and apart from a military role they were important trading centres. The Romans left Britain in AD 410 and over the centuries Hadrians wall and the fort at Housesteads have been demolished and reused. 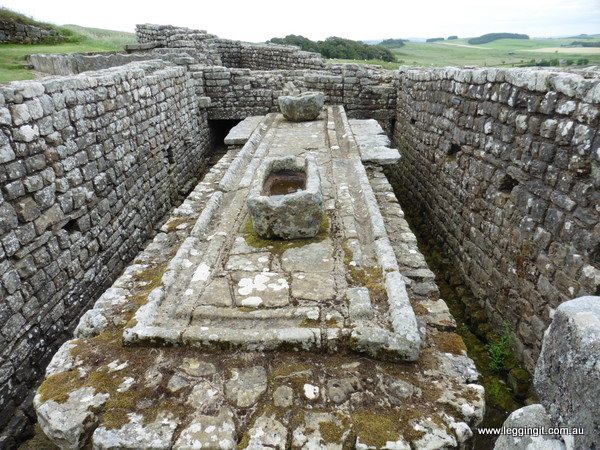 All along the wall the cut stone bricks and building materials have been quarried for fences, houses, buildings, even roads. The remains of the fort at Housesteads was saved by a keen historian John Clayton in 1838 who purchased a number of forts along the wall. He also demolished some of the later buildings on the fort site and rebuilt parts of the wall to In 1930 the National Trust was gifted the fort and these days there’s a small museum which shows some artefacts and tells the story of life at Vercovicium. It was interesting wandering through the ruins and realising how advanced some of the buildings were with underfloor heating, flushing latrines, and raised floor in the granary to keep the grain dry and free from pests.

On the way back from Hadrians Wall we stopped off at George Stephenson’s birthplace at Wylam. It’s a four bedroomed cottage which originally housed four families.

A very humble place indeed. George Stephenson was credited as the Father of Railway and it’s interesting finding out about his story. His father was a fireman operating a steam pump at the nearby colliery and there was no spare money to educate his children.

George got a job as an engineman at 17, at the colliery and went to night school to educate himself. He was illiterate until aged 18. He had a great mind for mechanics and soon he was responsible for all the steam engines at the colliery. He soon became a steam expert. He designed a safety lamp for miners but as he was competing with well educated people he realised that being self taught counted for nothing if people wouldn’t allow you to rise above your station in life. He ensured his son Robert wouldn’t face the same trouble and had him educated and taught to speak with the “proper accent”.

When George was growing up he would see horses dragging coal wagons along a wooden rail line past his house. Later on he would design a locomotive to haul coal wagons along steel tracks. He established a company with his son as managing director and produced a number of locomotives for the colliery. His sons education allowed him to mix in circles which were formerly barred to him. George is credited with being the engineer who built the first public inter-city railway line in the world to use steam locomotives, the Liverpool and Manchester Railway which opened in 1830. The Stephenson Guage known as standard Guage (4 foot 8 1/2 inches) which is used throughout the world apart from Russia which is 5 foot. When we passed through Russia we had to stop at the border for over an hour to change all the boggies on the train. If only they’d made them Stephenson Guage.
It’s interesting after travelling from Malaysia to Europe by trains how much we owe to a man from such simple beginnings. 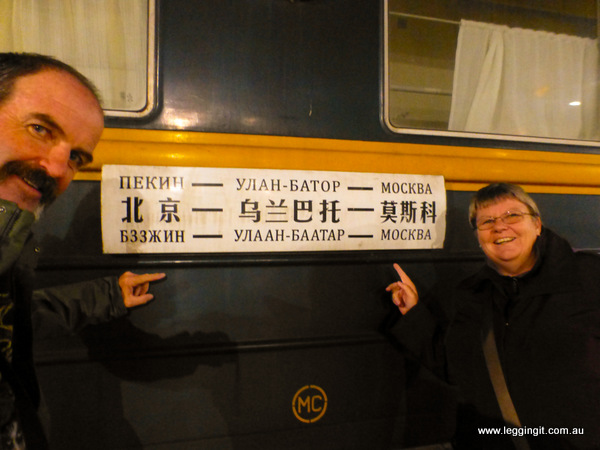 It is interesting after travelling from Malaysia to Europe by trains how much we owe to a man from such simple beginnings.