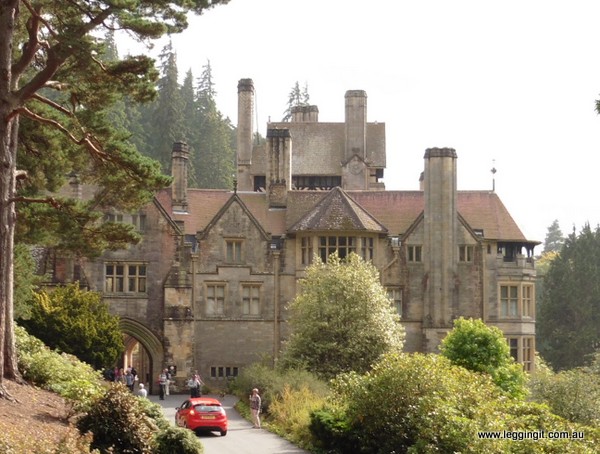 Not far from Morpeth is Cragside, the worlds first house lit by hydroelectric power. The ride took us through some quaint little villages, rolling hills, farmland and moors. Using our Scottish Heritage pass we got in for free (this pass is paying for itself already) The house was built by Lord Armstrong in 1863 and it’s said that work continued for the next thirty years modifying and adding rooms.

Eventually the modest two storey house transformed into a beautiful Tudor styled mansion. The house is set into a rocky hillside and is surrounded by maybe the largest rock garden in Europe. It has beautiful views of the hills and gullies.

Inside the house it’s fascinating to visit as the former owner would these days be called a gadget king. He installed labour saving devices like electric powered rotisserie, electric lights and a lift. On the first level an art display of different light Globes Was quite dazzling with loads of people jockeying for position to get “that shot”

The Prince of Wales visited the house so the house was renovated and a new wing added including an elaborate marble fireplace which weighed a whopping ten tons.

The top floor contained exotic bird specimens and natural history specimens which at the time would’ve been quite exotic. At one time he had an observatory in the top level. The mansion was absolutely stunning with no two rooms decked out the same and the restoration work outstanding.

Leaving the mansion we headed back to the car park and met some nice people along the way who started chatting. People in this area are so friendly.

Back on the bike we rode around the whole estate along a single lane track through forests, lakes passing picnic spots and walking tracks. If we had long here it would be great just to go hiking through the hills. As we passed the moorland area the chill coming off it was amazing brrr it cut straight through our bike gear. As the clock was striking six o’clock we finally headed out the gate for the ride back to Morpeth.