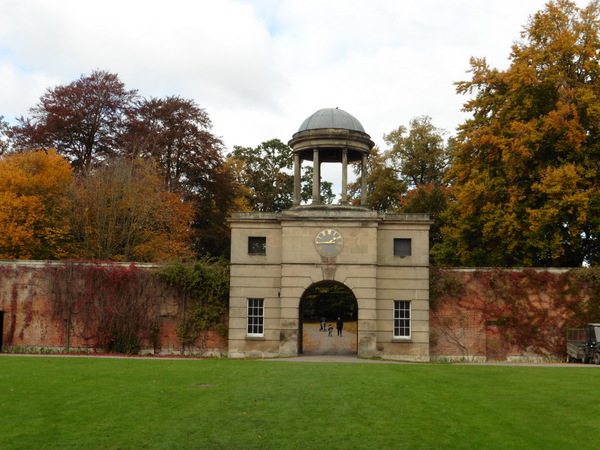 Heading out to Attingham Park this morning autumn has really set in, winter gloves and more layers were becoming the norm. 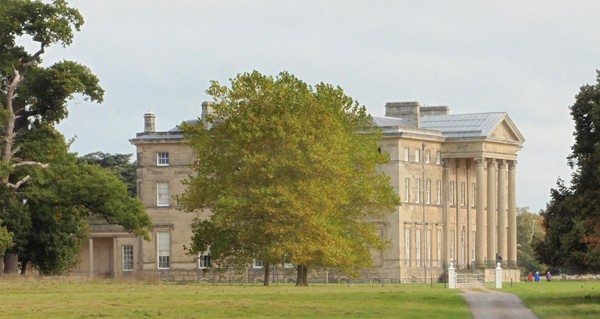 Leaves were swirling up from trucks and conkers were falling from the Horse Chestnut trees. Arriving at Attingham Park we were surprised how packed it was. The autumn sun had brought the crowds out and we were surprised that there were dogs galore. According to a man we spoke to it is like this every day, locals come to walk there dogs and enjoy the large open spaces.

Passing through the stables it was quite amazing how big they were. Built in 1804 the building once housed stables on three wings, grooms quarters on each corner and a coach house down one entire wing. The stables were to set the standard for the stabling of horses.
The stables were set apart from the mansion. Of course the baron didn’t want to be kept awake all night by the sounds of horses. 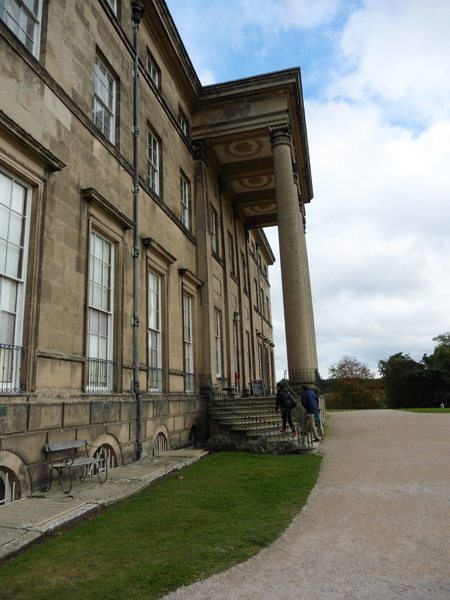 Attingham Park mansion was built in 1785 for Noel Hill, 1st Baron Berwick who’d received his title the year before. It was a reward from the Prime Minister for his work with the East India company. With his new title and money he received with it he built a grander house around his existing house on the property. Attingham Park was a classic Georgian style mansion with a sense of balance typical of the Georgian period. It featured a male and female side. 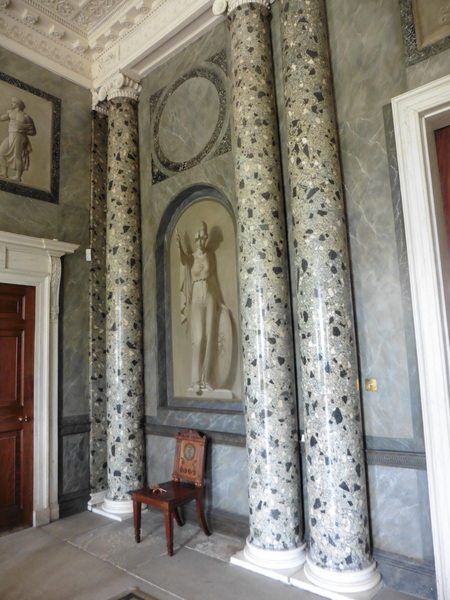 The entry portico features tall columns with smaller columns on the outer wings. In 1805 John Nash who was famous for designing the Brighton Pavilion designed the glass roofed picture gallery. It featured a curved glass roof.
Baron Berwick didn’t spend much time at all at Attingham Park but instead spent his time in London.

Upon his death his son the 2nd Baron inherited the estate. The 2nd Baron lived a life of luxury like many during the Georgian period and by the age of 42 was still unmarried. Then he met Sophia Dubochet, a clockmaker’s daughter who was one of  four daughters , raised to be high society courtesans.

In the words of her sister, Harriette Wilson was kiss and tell writer who wrote an expose of the life of courtiers in the era.   Sophia, ‘had begun her career before other girls even dream of such things. She had intruded herself on a cobbler at thirteen, thrown herself into the arms of the most disgusting profligate in England at fourteen, with her eyes open, knowing what he was; then offered herself for sale , at a price, to Colonel Berkeley, and when her terms were refused with scorn and contempt by the handsome and young, then throws herself into the arms of age and ugliness for a yearly stipend, and at length, by good luck, without one atom of virtue, became a wife.’  Harriette probably was a little jealous of her sister who’d obviously landed on her feet and did not hold back on her opinions of her.

Lord Berwick was smitten by the 17 year old Sophia and promised her the world when he married her.

Lord Thomas Berwick and his new wife Sophia lived the high life, allowing her to spend whatever she wanted. She os course being young and not really ever having any money of her own was spending like there was no tomorrow. They honeymooned in Italy and brought back relics and treasures. Unfortunately they ran out of money and by 1827 they had to sell all the furniture of the mansion. They hit financial troubles again two years later and had to sell more furniture. By this stage they had escaped to Italy where their money stretched a little further. Thomas’ brother William bailed them out by paying off the debts and leasing the estate. He also sourced some of the furniture they had sold off. Thomas died in 1832 in Italy and Sophia died in 1875 almost penniless.
Quite surprisingly the mansion only ever had one family live in it. Despite this the mansion had some interesting history. 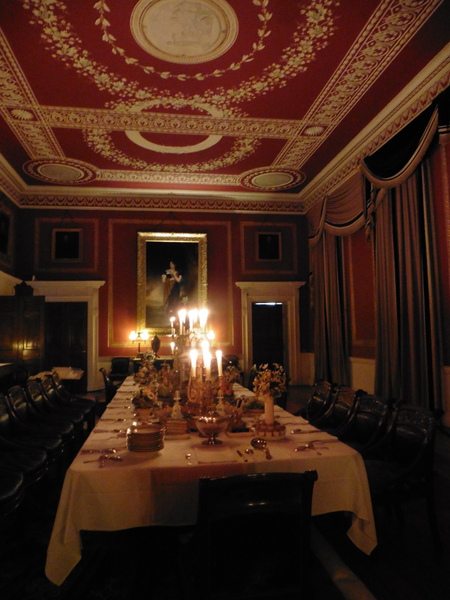 The National Trust presents the story of the mansion focusing on three distinct periods. The first part of course is the Thomas and Sophia story. Due to the inventory of their bankruptcy sales items of furniture can be traced and purchased to return the house to what it would’ve looked like during the regency period. Beautifully plastered ceilings, fine paintings, high quality furniture, chandeliers graced each room and the Dining room laid out with a grand meal and silver cutlery. 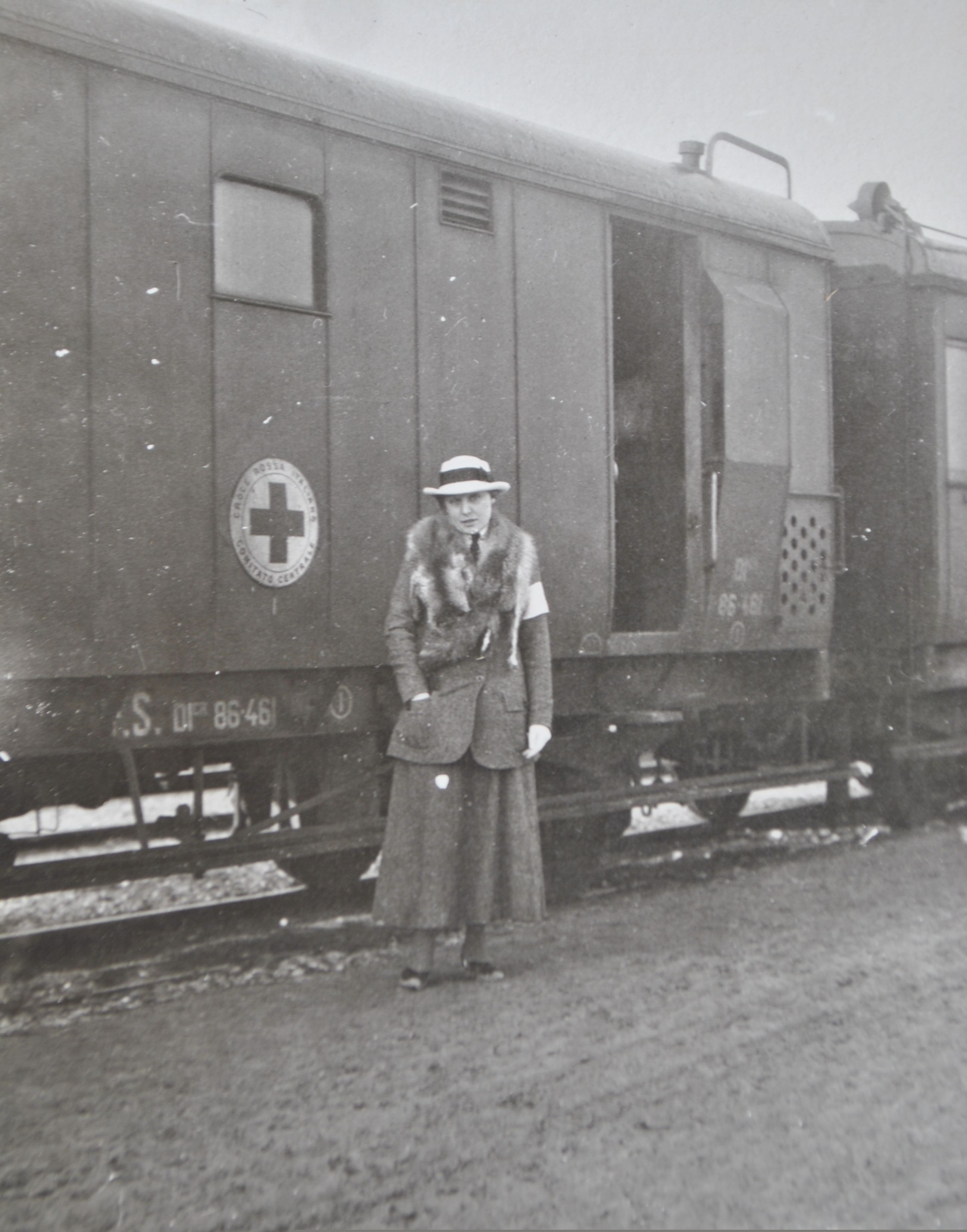 The other lady who had a huge impact on Attingham was Teresa Hulton . She became the 8th Lady Berwick in 1919 and was such a contrast to Sophia. She was raised in Venice and met her husband, Thomas, while visiting England before WWI. When war broke out she was helping Belgian refugees and returned to Italy working for the Red Cross.

Thomas and Teresa married in Venice in 1919 , moving to Attingham after their honeymoon. First living in nearby Cronkhill hoping to get tenants for Attingham but eventually moving into Attingam in 1921. By then it was a very different place to what Sophia had lived in. While it  was pretty run down, it did have the advantage of electricity . 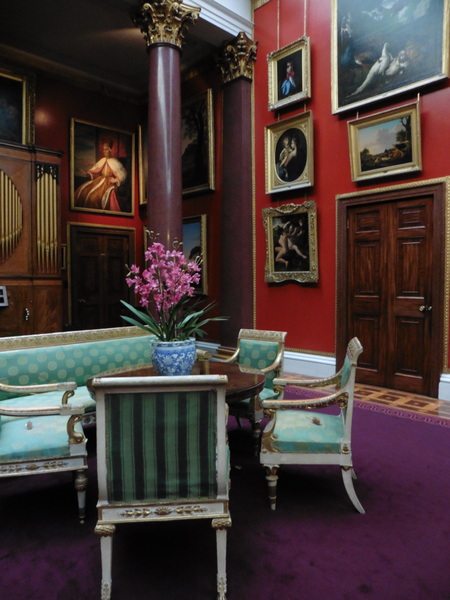 The 20s qnd 30s were spent trying to restore Attingham to it’s former glory of the early 1800s. Using an 1827 bankruptcy sale catalogue, they were guided in the purchases and acquiring replica fittings to make the house look like the intended era.

When her husband died in 1947, Teresa moved into a cottage on the Estate leaving the house vacant.

From 1948 to 1971 when Attingham Park was an Adult Education College. The college was run by Sir George Trevelyan, one of the founders of the New Age movement. Sir George Trevelyan grew up at Wallington Hall in Northumberland where we visited earlier in the year. Like his father Sir Charles Trevelyan, George saw things in a very unorthodox way.

The college offered courses ranging from chamber music, drama and more specialised courses on topics such as ‘Finding the Inner Teacher’ and ‘Holistic Vision’. The courses attracted people not only from Britain but all over the world.
With such a fascinating history , it is not surprising that Attingham Park is one of the most visited National Trust properties. The mansion is presented beautifully with all the elegance expected of a house from this era. A lovely cafe operates within a wing of the house and another in the stable block. Within the grounds the national trust operates activities for kids. As part of Halloween there was a ghost hunt which kept the kids busy. There was also a garden centre and second hand books.