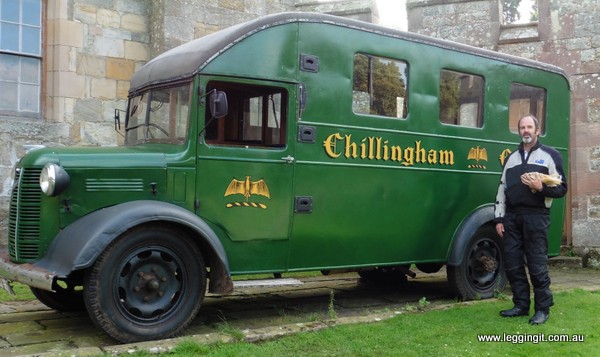 After our trip to the Chillingham Wild Cattle we decided as were close we should also check out Chillingham Castle. On arrival being greeted by this sign we wondered what we were in for… 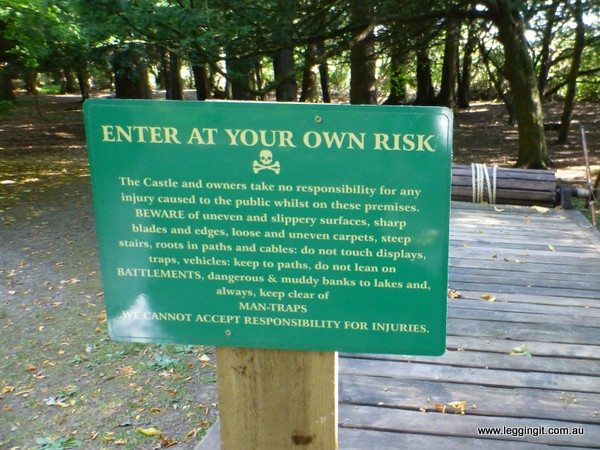 Is this the most haunted castle in Britain? 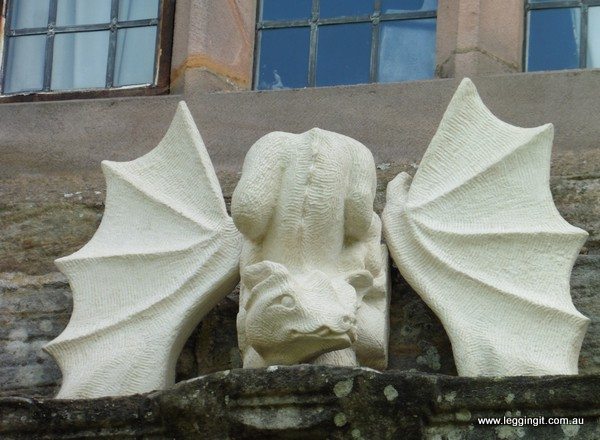 Chillingham Castle has the title of the most haunted castle in Britain and after reading some of its history it’s easy to see why. It even has a bat as the crest high above the castle roof which is creepy enough.

As it’s close to the Scottish border King Edward the Hammer of Scotland stopped here on the way to fight Robert the Bruce. Many Scots were tortured and killed in its torture chamber and dungeon. However the man responsible for this John Sage the executioner was double crossed and hung by Edward. It’s said that his ghost still haunts the castle.

The castle offers a night ghost tour and its quite easy to imagine that this place would be quite eerie when the sun goes down. When the clock strikes midnight I’m sure even the bravest soul would be reaching for a torch to check under the bed. 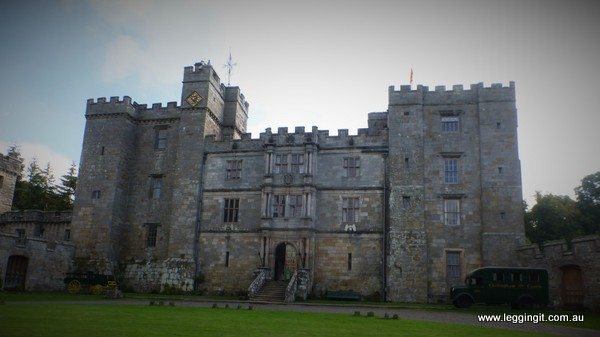 Chillingham Castle is in really good repair and the lower levels have been stripped of their later plaster coverings to reveal the original look. The great hall is a man’s paradise with heads, horns, hunting scenes, guns, weapons,Saracen armour. Everywhere you look is something to catch your eye. 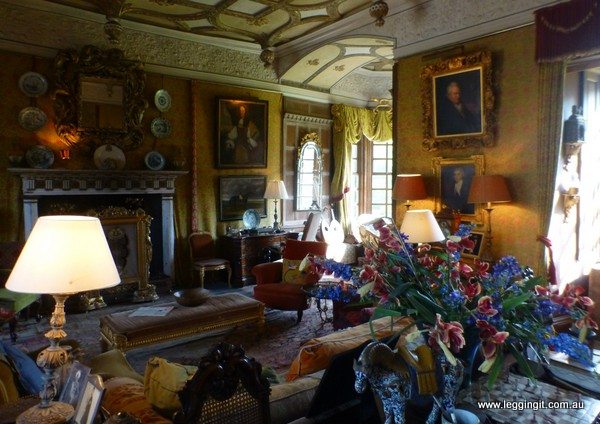 The upper level reflects the later period of the castles life when the Prince of Wales visited with plastered ceilings, wallpaper, plush furnishings and all the fineries of a cultured life. 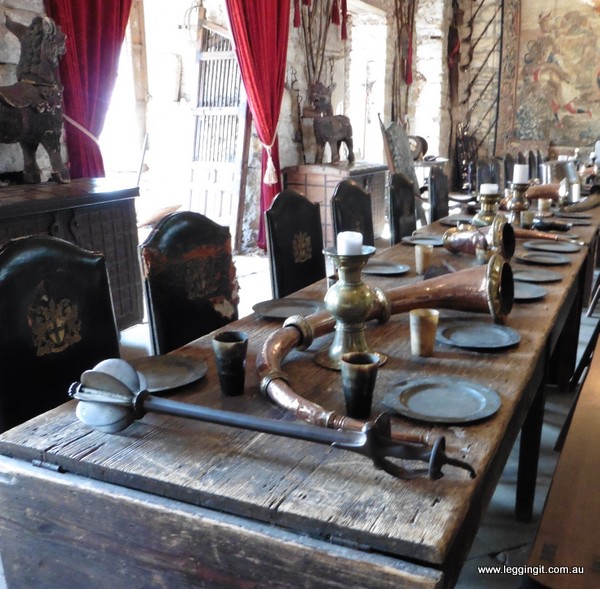 In each room there was an A4 sheet with a brief description of the room and its history. The author obviously had a sense of humour with little anecdotes in many of the pages.

The cafe, set in the old minstrels hall, was warmed with a roaring fire, a huge set of Irish Elk antlers hanging from the wall. They offered a fair range of meals, cakes and drinks. 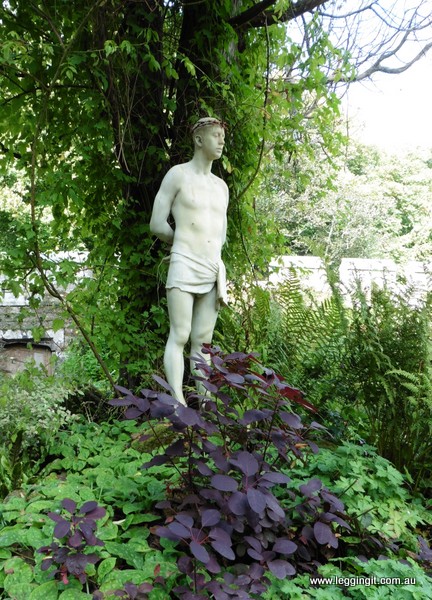 A nice sculptured garden with box hedge and fountains is reminiscent of the more famous gardens but on a smaller scale. 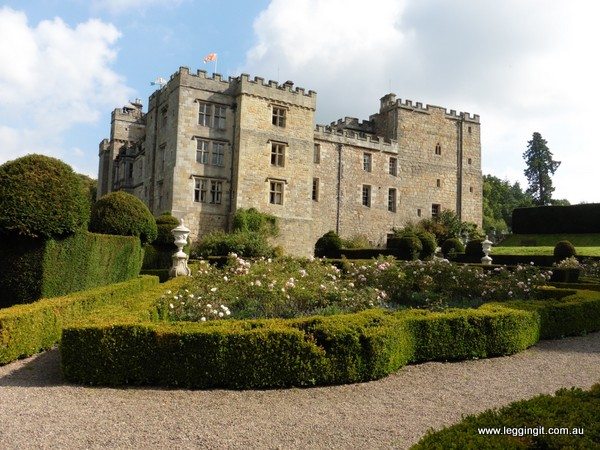 The dungeon is dark and gloomy and filled with all sorts of torture devices, recreating some of the horror that many people faced and the dungeon still has scratches in the door from past prisoners. 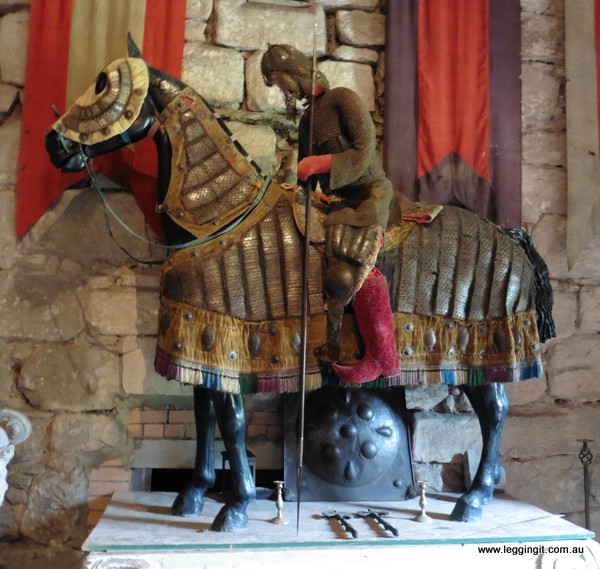 A note in the Explorers Room warns the unwary not steal or remove anything from the castle as the witches curse will be upon you. A half a dozen letters attest to the fact how bad luck had befallen them since they had ignored the warning. 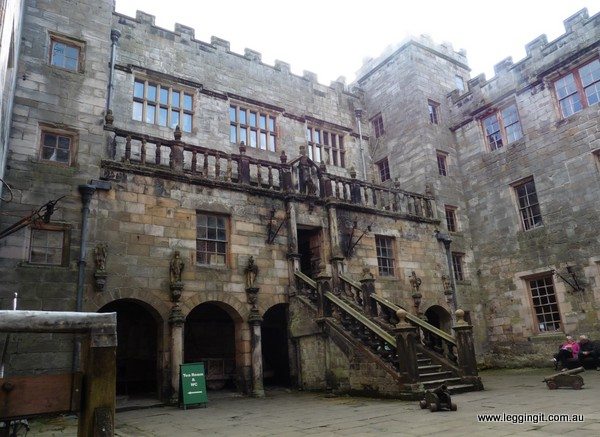 I’m not sure you’d call the castle beautiful but I’m sure if you visit it you’ll remember it.