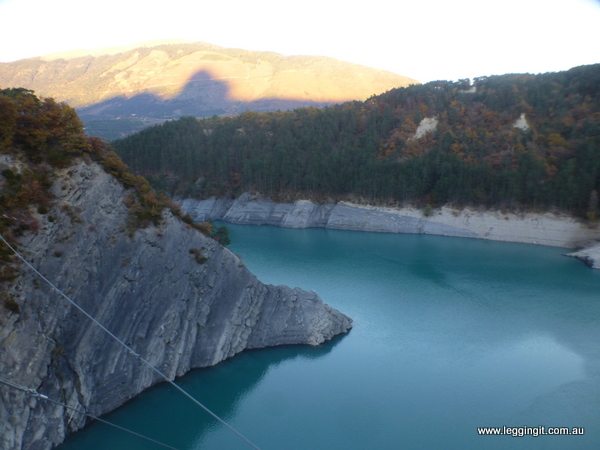 Today we remembered why we loved couchsurfing so much, Cath and Denis had stayed with us in Perth a few years before we headed off on our adventure- today we were spending the last of a few days couchsurfing Grenoble style.

When Cath suggested Semolina for breakfast we were pretty keen. We haven’t had it since home and what we were to taste was a whole new adventure in taste. Cath served it with egg yolk added once it was cooked then whipped egg white folded through…it was delicious.

After breakfast we took a stroll through the village where the street had been blocked off for the weekly markets. It’s great the way that village markets are still a big part of life. We wandered past all the stalls of fresh bread, vegies and local cheeses wishing we were at home and able to shop. 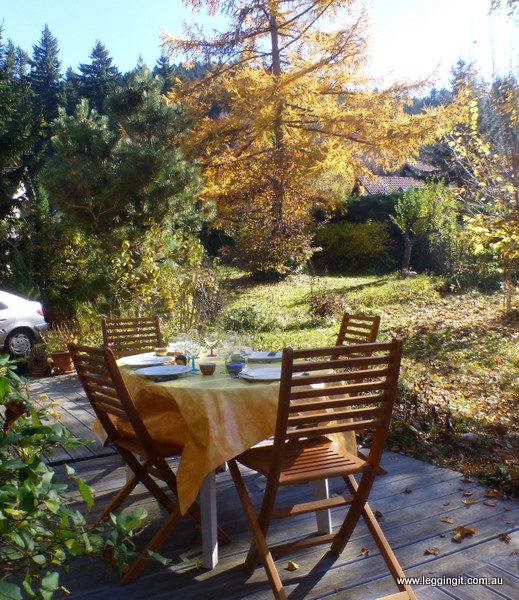 As the day was beautifully sunny we were treated to a French style barbeque. Denis stoked up the Barbeque with bags of charcoal and with a lot of huffing and puffing soon had it going along nicely. Onto the grill he added chicken fillets, saussison and a whole rabbit basted in mustard. 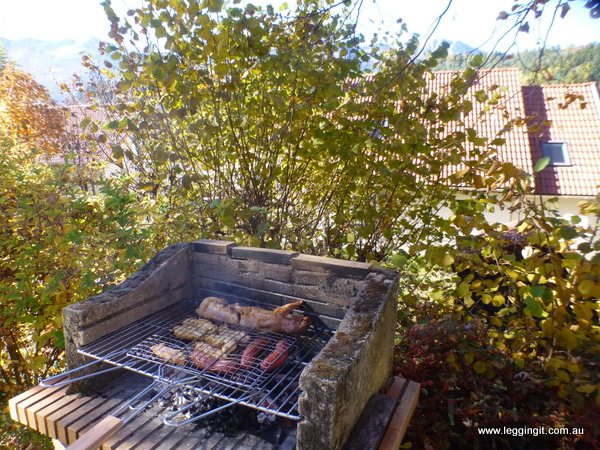 Lunch really was an interesting food experience with starting with capsicum and palm hearts, Denis’ barbecued meats, salads, cheeses, foods we’d never see at a barbie. It was also a chance to meet Cath and Denis’ son who joined us for the afternoon.

After lunch we loaded up the car and took a trip out to Monteynard lake.The lake is about 45 mins drive away from Grenoble, and during the warmer months is popular with all sorts of adventure junkies. 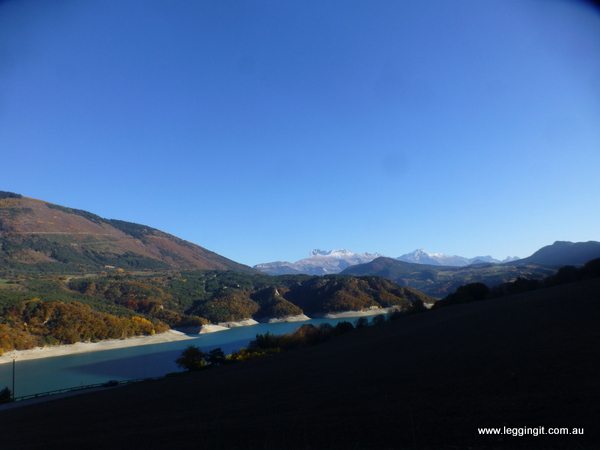 When we arrived some hardcore windsurfers and kitesurfers were out braving the chilly waters. Around the lake are hiking and mountain bike trails which stretch up into the surrounding hills. Along the lake edge there’s great views of snow capped mountains, autumn coloured trees, and the beautiful aquamarine lake. 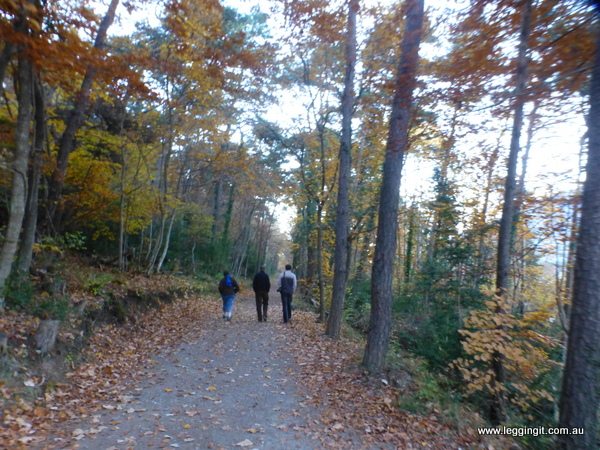 We took a hike 2.5 km’s from Les Vignes car park, along the lakes edge through the forest up to Ebron Bridge, one of two Himalayan suspension bridges which span the rivers supplying the lake. 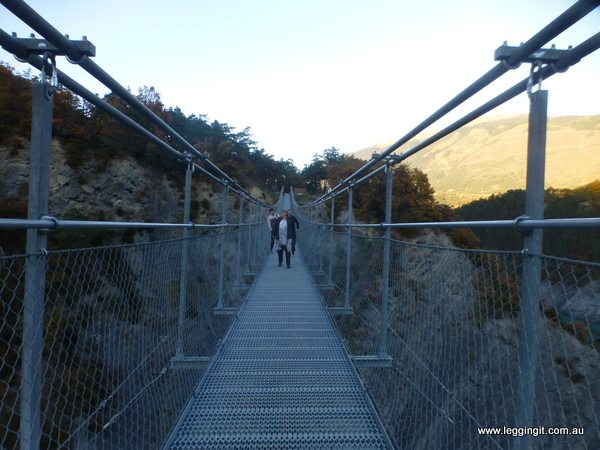 The Ebron bridge is 180 metres long and has great views of the Ebron River about 80 metres below. It was installed in 2007 along with the Drac Bridge. Around the lake there’s about 20 km’s of nature reserve with hiking and biking trails of different levels. 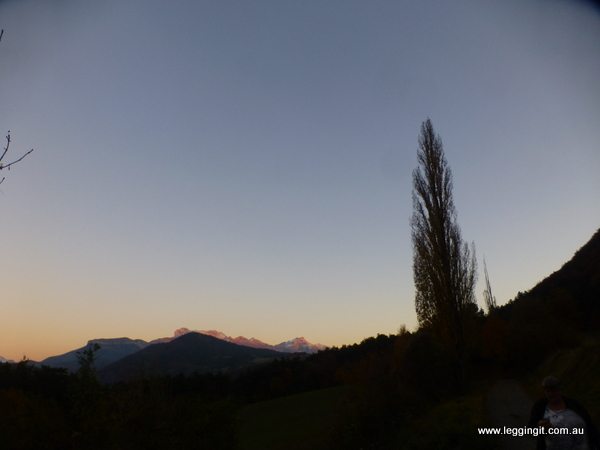 As it was getting close to dark after crossing the bridge we headed back to the carpark and back home for dinner.

Once again we were treated to one of Caths provincial dinners. It’s going to be so hard to go back to boring foods again.

Tomorrow an early start and fingers crossed for our trip down to Monaco. We [picked up the Princess yesterday and were told she needs a new front wheel bearing, after talking to some friends and realising the shops here would not be open until Tuesday  we have made the decision to risk riding the 300 kms and getting it replaced when we arrive.