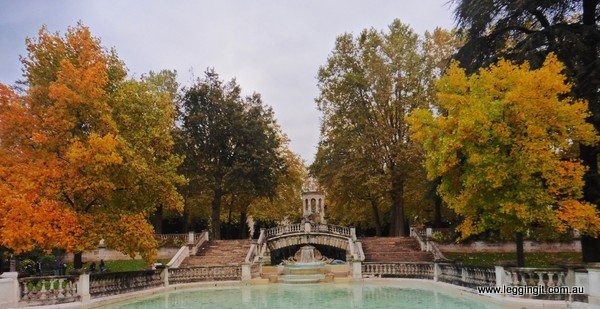 It’s been snowing not far from Dijon so the first thing we did when we arrived in the city was buy another jumper. The temperature on the front of the bank read zero degrees so we felt justified to complain about the cold. It was about all we felt because we didn’t have gloves and our bike gloves were on the bike. Bad mistake….brrr.

As we had a short stay in Dijon we decided to do a Dijon Greeters Tour. We met Pierre at Place Darcy, a nice piazza in centre of Dijon with a mini Arc de Triumph (Porte Guilliame) which leads to the main shopping areas of the city. After introductions Pierre took us on a wonderful introduction to Dijon with a walk filled with food, art, history, architecture, the very fabric of Dijon. 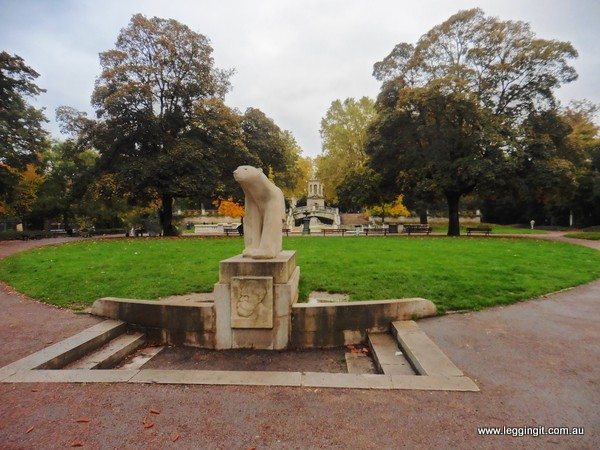 Place Darcy and the nearby park was named after a famous son who bought water to the city via a well above the city. Another famous son was Gustave Eiffel who designed the local market with a clever use of glass and steel. The use of steel throughout the market you can see some of the lines of the Eiffel Tower. The market is right in the heart of Dijon, with lots of shopping nearby. There’s lots of great looking restaurants and cafe’s in the area and we stopped at a local mustard factory where we tasted local Dijon mustard. The Dijon mustard we buy in Australia has nothing on this mustard. There are lots of different mustards to sample and they even have demonstrations at different times of the day. 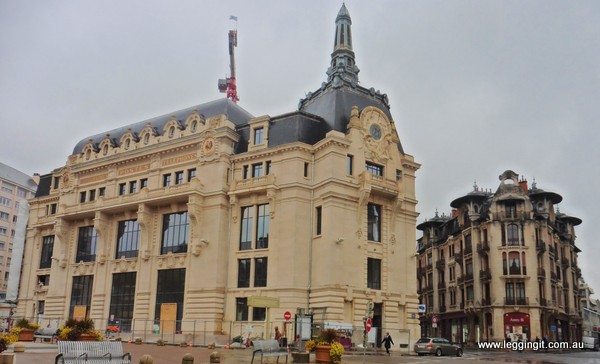 Dijon also is a great place to see all different styles of architecture. At the Place Du Poste there were great examples of Art Noveau and Art Deco buildings. The building on the corner opposite the Poste Building looks like it has flying saucers on the roof, a great example of Art Noveau. The patterned multi coloured glazed tile roofs which are typical of Burgundy adorn some of the older buildings from the Middle Ages. The dukes of burgundy had a palace in the centre of Dijon and hired the architect who developed Versailles Palace to transform their home. The result was Versailles in miniature. 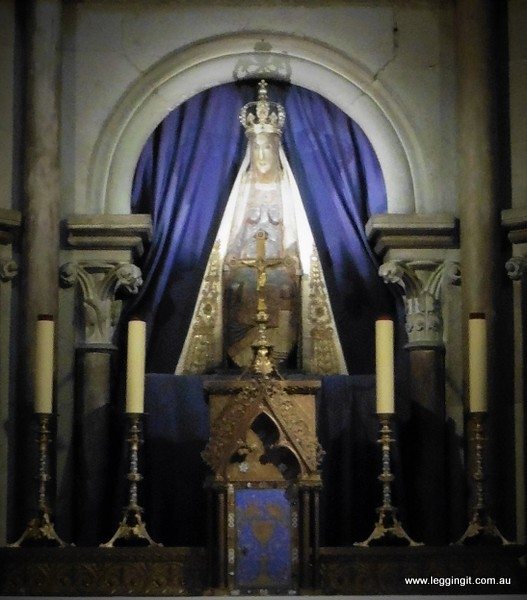 The Notre Dame Cathedral dates from the 12th century and is an interesting early Gothic style church on a smaller scale. It took 20 years to build it and is considered to be the heart of Dijon. In the chapel is a statue of the Virgin Mary dating back to the foundation of the church and during an invasion by the Swiss it’s said the locals prayed to the statue and the city was saved. Once again during WW2 the city feared being destroyed by the retreating German Army and the locals prayed for salvation. Sure enough the German Army retreated during the night leaving the city unscathed. A simple cathedral with a real feeling inside. 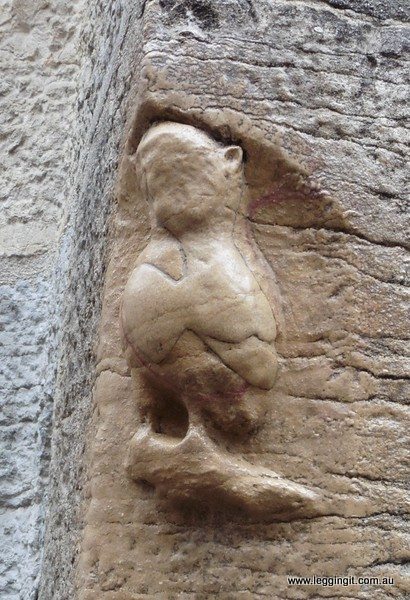 On the outside of the Cathedral de Notre dame is a small Owl carved into the brick work. There is conjecture whether the Owl is a builders mark or a shrine for locals who worshipped Owls. It’s said that by rubbing the Owl with the left hand whilst making a silent wish then the wish is granted. As our guide was explaining the story of the Owl two locals walking past quickly rubbed the carving with their left hands without breaking step before carrying on. 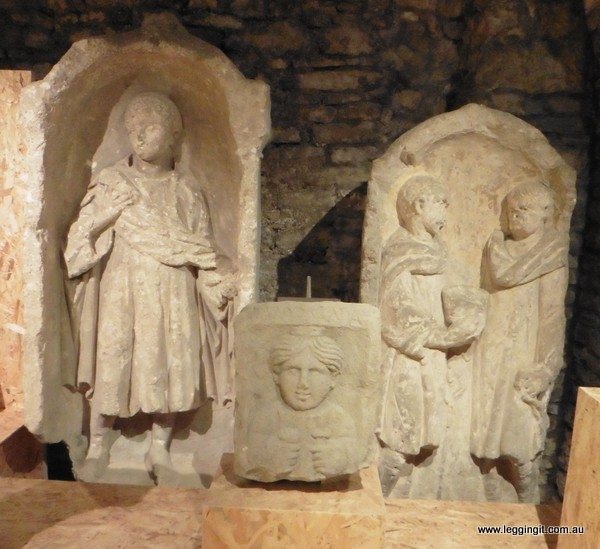 Dijon has been a trading centre for many centuries with it situated on a crossroads from many kingdoms. The Romans settled here in early times and the Musée Archéologique houses Roman relics collected from the region. Two floors of the museum display artefacts from the former roman settlement in the heart of the city. Also there’s a section of stone age and Bronze Age jewellery, tools and implements. 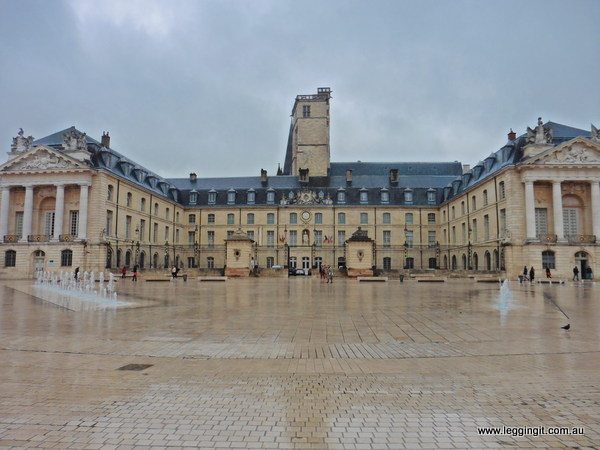 Due to the importance of Dijon the Dukes of Burgundy built a castle and to impress King Louis XIV had it extended by the builders of Versailles Palace to look like a mini version. King Louis of course visited for one day so all the expense of rebuilding must’ve seemed worth the outlay. The Dukes however were extremely powerful with territory stretching from Amsterdam to the bottom of modern day France. 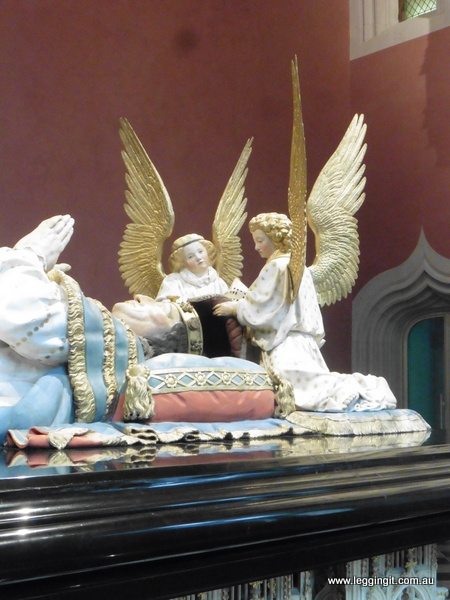 Their story is told in the Musée Des Beaux Arts which traces the Middle Ages in Burgundy. Inside the former banqueting hall are the tombs of the Dukes of Burgundy. Ornate marble figures surround the base of the tomb with each figure totally different from any other, whilst almost lifelike carved figures of the former dukes lie in state on top. Golden angels support the heads whilst lions protect their feet.
Inside the museum are lots of paintings and exhibits from their palace. Like the Museum of Archaeology it’s free so it was well worth a look.
Heading back towards the centre of Dijon we stopped at Place du Fountain, where a fig leafed man overlooks the fountain. One story goes that a previous mayor decided the area needed beautician. All the old shacks and houses which surrounded the square were knocked down. In the middle of the square a rather smallish fountain was placed, which of course didn’t please the inhabitants. One night a group of local men after a heavy drinking session around the fountain broke into the museum and relocated a statue from inside the museum to on top of the fountain. There was some red faces amongst the pious residents as this rather well endowed male statue stood atop the fountain. The mayor decided to install a plinth and from on top of this our current male overlooks the square with a fig leaf covering up his appendage. 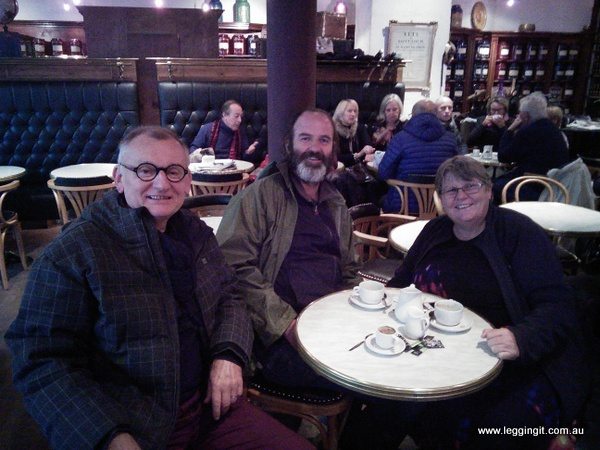 Our final destination was a small French cafe overflowing with patrons. We squeezed into a small table an soaked up the vibrant atmosphere, chatting with Pierre and enjoying a coffee. Once again we enjoyed our   Dijon Greeters tour, there was so much more I didn’t mention which added to the fabric of the place, little stories, snippets of history, which bring the place alive. Greeters Tours have been such a breath of fresh air after being on all other sorts of tours. There’s not fifty people on the tour so can hear what’s being said. You don’t get stuck on different sides of the road because the group is so large. It’s just a small intimate group which caters for what you’d like to see. We’ll be searching for more Greeters tours when we get to Switzerland tomorrow. Dijon has been a wonderful break, even though only for one day. Definitely a place worth spending a more time in.