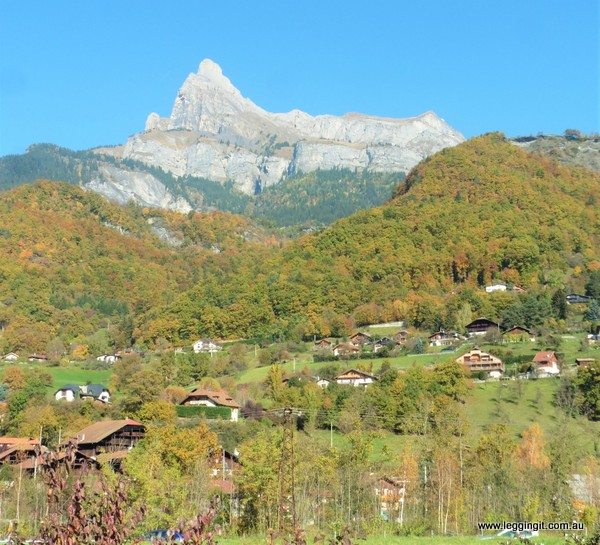 The ride down was spectacular as the road follows the River L’Arve which cuts through some amazing countryside. At this time of year all the hills are covered in autumn colours and the higher peaks are all snow capped. 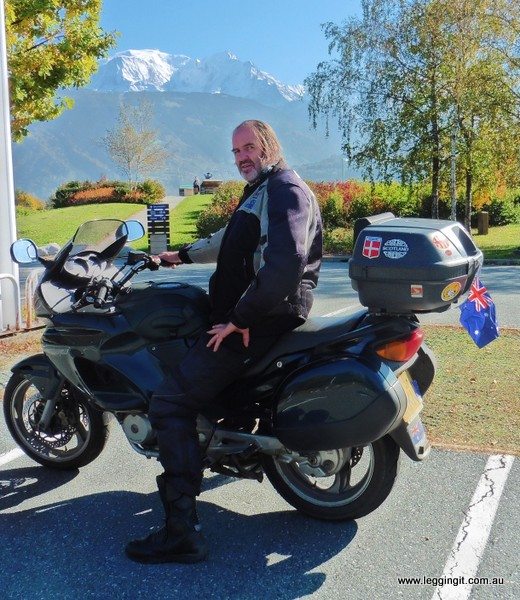 There’s a park about 40 km’s out of Chamonix-Mont-Blanc which has great views of Mont Blanc so we stopped for a cuppa and take some photos.

Chamonix-Mont-Blanc is a charming ski town at the base of Mont Blanc. It’s the starting point for many adventurers with a cable car in the centre of town which runs up to Aiguille du Midi and the Tramway Du Mont Blanc. We decided to take the tramway which is the highest in France. The tramway is situated across the footbridge behind the main railway station is the Saint-Gervais-Le-Fayet terminal. When we arrived there was a queue which stretched out the door and we discovered the ticket office was actually at the end of the building so whilst Michele minded our spot I grabbed the tickets. The last tram was at three and were lucky to arrive just on time. 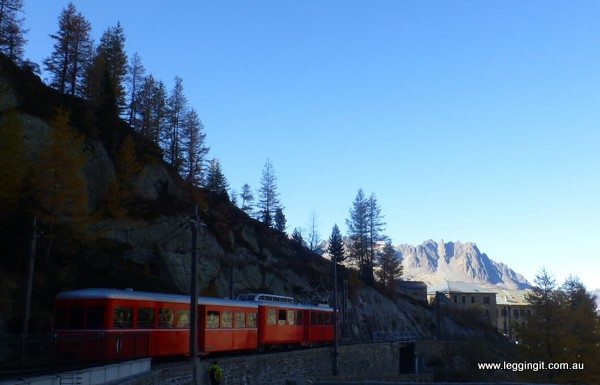 The tramway has been operating since 1907, and around the station are a few old engines which used to be employed on the line. The tram runs on a rack and pinion type system up some pretty steep grades as it winds around the mountain. The trip is only 12 km’s but it takes about an hour and there are two stops which mountain hikers use. There are stunning views of the valley around Chamonix and the mountains surrounding the town.

The Tramway du Mont Blanc is not a cheap venture at 31 Euros ($47 Aus) for a return ticket.  It was one of those once in a lifetime things for us so we felt it was good value for money. We could have spent a lot more time there but as the area was pretty foggy every day we were in Geneva we were glad we got to spend the time there we did.

The tramway stops at Nid d’Aigle station at an altitude of 2,372 m, which has great views of Mer De Glace, Aiguille de Bionnas and the surrounding mountains. 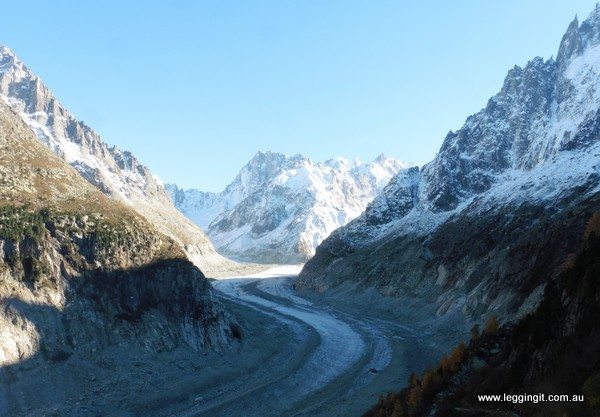 If we would’ve arrived earlier in the day we could’ve walked down onto the glacier. The connecting gondola wasn’t running so after a look around we decided to have a coffee. The shop at the station was charging stupid prices so we headed over to the the hotel, which actually had decent prices.

It was nice warming up in the sun with views of the snow capped peaks in the background. In true alpine style as we were sitting drinking coffee three alpine climbers climbed up and over the wall from the valley below. It really brought a smile to our faces. The last tram back was at 430 so after a brief visit we headed back down. As the sun was setting we headed back to Geneva. 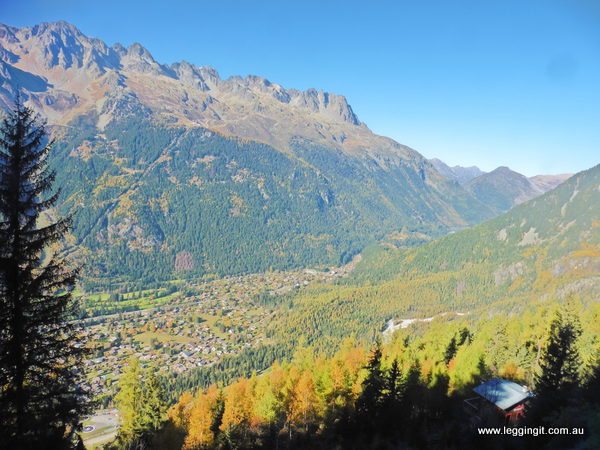 Tomorrow we leave Geneva and head to Evian.