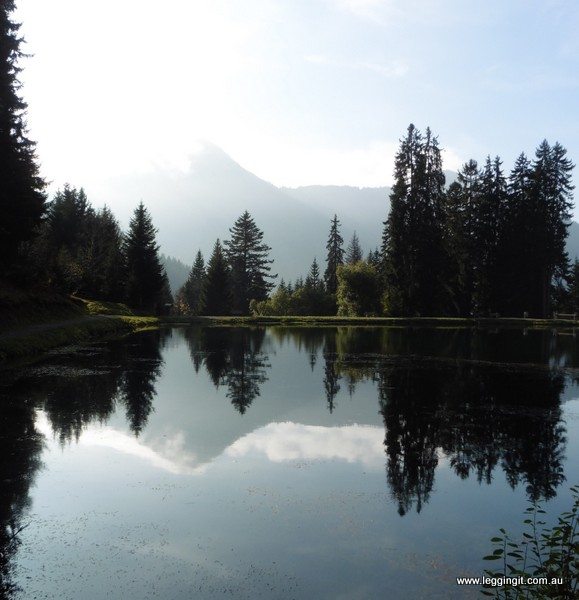 Today we took a trip out along the Rue Grande Alpes to Morzine. Rue Grande Alpes is a road which follows the L’Arve River which carves through the granite hills and mountains of the french Alps. The road follows the river as it meanders back and forth so on a sunny day like today it’s absolutely perfect to be out on a bike. We’ve had some snow lately so it’s still chilly so it was absolutely imperative to rug up. 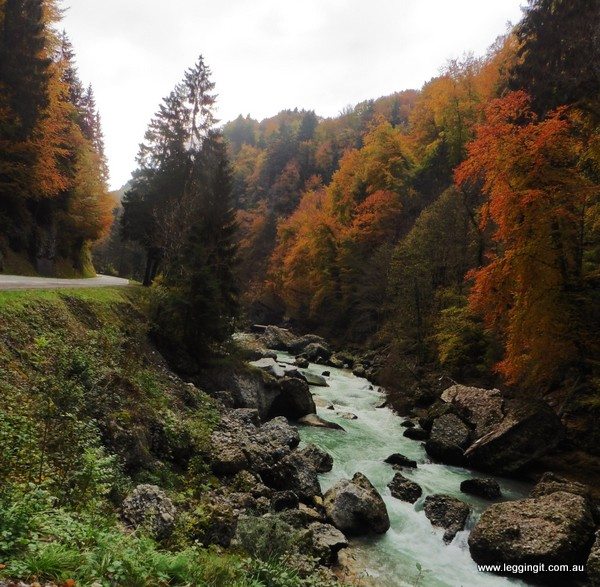 The hills are absolutely covered in autumn colours of reds and golds at the moment. We stopped off along the way at village of Jotty to check out the Gorges du pont du diable (Devil’s Bridge Gorges). Local legend says that the locals were unable to cross the gorge so had to travel a long way around to cross the river. They made a deal with the devil to bridge the gorge and in exchange he would take the soul of the first to cross the gorge. The devil rolled a boulder into the gap and expected payment. The locals were not to be outsmarted so sent a goat across first. 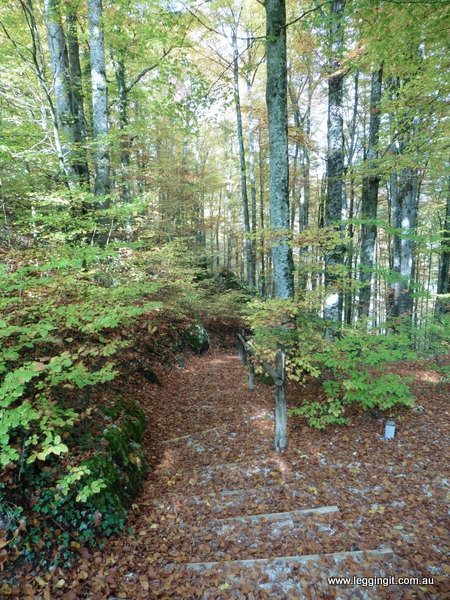 We took a walk down to the bottom part of the gorge which was pretty steep. The forest surrounding the gorge was carpeted with fallen autumn leaves, just beautiful. Climbing back up wasn’t much fun and we took advantage of all the seats along the track. It was nice to be out in the forest all by ourselves.

As it was lunchtime we decided to have the lunch special at the Auberge Du Jotty. The restaurant was obviously popular with locals because the carpark was packed with trucks and vans. For a village with only about five houses it seemed a bit strange but once we got inside the restaurant out the back was chockas with workers. The charcuterie plate was a nice variety of saucisson, pastrami and pressed cheek. The main course was roast beef which cut in the French way was quite unusual. They cut it completely different to us against the grain of the meat. Dessert was baked egg white floating on custard which came as a real surprise. A coffee completed the meal and with full bellies we headed on to Morzine.

Surprisingly Morzine is a large ski town with ski chalets everywhere. Most of the towns in this region make their money just in the ski season and there’s no shortage of places to stay. After a ride around Morzine we headed along Route de la Manche. 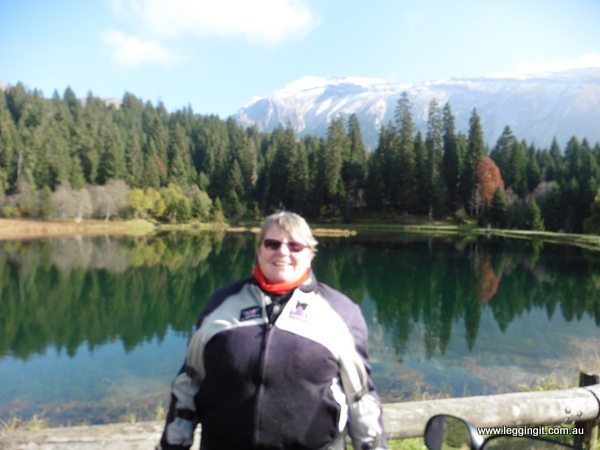 The road slowly wound its way up into the hills past alpine style lodges and fat cows with cow bells. The last part of the road was a series of switchback which wound through the pine forest before we reached the end of the road at Lac D’Or. The lake is backed by the pine forest which gives it a picture perfect look. As the lake is fed directly from the snow capped mountains which surround it, the water is absolutely crystal clear. Looking further up the mountain above Lac D’Or we could make out a few small chalets which looked like they were straight off the Switzerland brochure. It really was a special place. 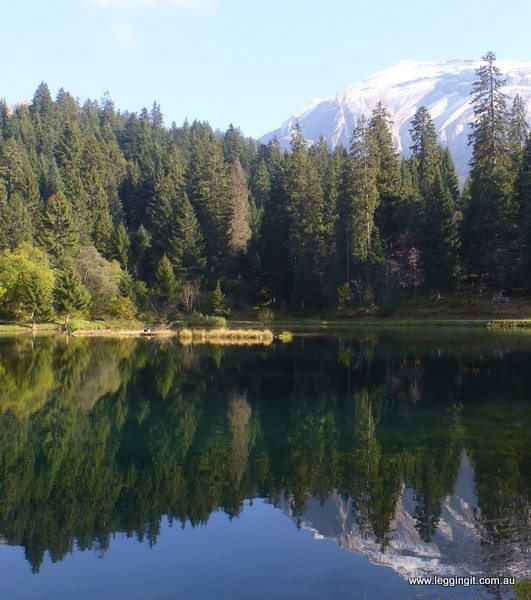 As the sun was getting pretty low we climbed back on the bike and slowly wound our way back down the hill and back to Geneva.

Tomorrow we check out Geneva with a Geneva Greeters Tour.