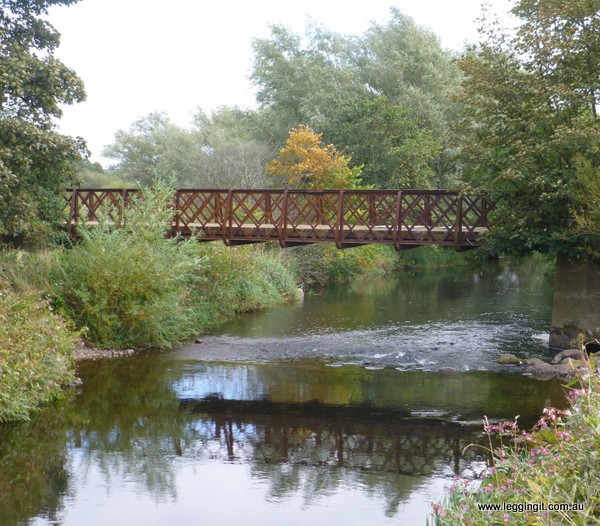 Today was Ron’s choice of destinations so we spent the day staying fairly local visiting a castle, a mill and chatting to a local character. 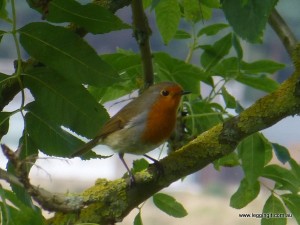 We packed a picnic and headed to Hailes Castle. The castle is a ruin not far from Dunbar but situated a bit off the beaten track so is nice and quiet. There was no entrance fee which is great. 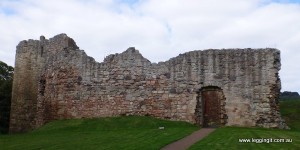 Parts of the castle date back to before 1300 and over the years it’s been built up, besieged and broken down. It’s dungeon has housed Scottish martyrs and its famous guests have included Mary Queen of Scots and Oliver Cromwell (although he wasn’t invited). It is also said that the castle is haunted by the “grey lady” (the ghost of Mary Queen of Scots) so we went during daylight to be safe. 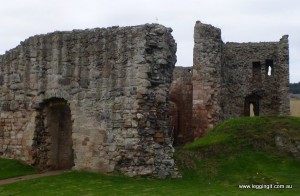 After lunch on the lawn we had a look around the ruins. Some of the outer walls the great hall and another room are still standing. The different areas of the castle are signposted with brief descriptions. The castle overlooks fields of golden grain, other crops and a small stream which was quite active with fish. 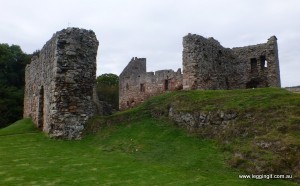 Later in the day we visited Preston Mill in East Linton, a beautiful picturesque little town which straddles the River Tyne. 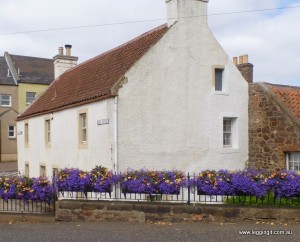 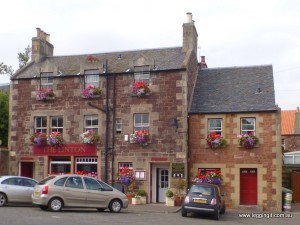 The mill dates back to 1599 and is the oldest working water mill in Scotland. Featuring a waterwheel which is fed from a millpond it was still in very good repair. 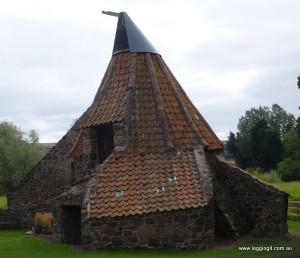 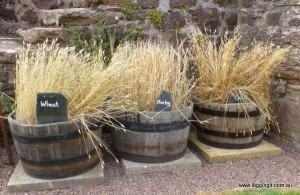 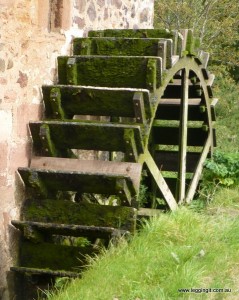 Near the mill a bridge crosses the river leading to the John Muir walk and the Phantasee Doocot. The Doocot is a hive dovecote(shaped like a beehive), with a horseshoe shaped roof (for the pigeons to sit on during the day) and rings around the out side to rodent proof the building. 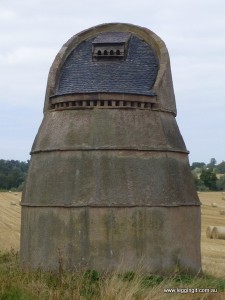 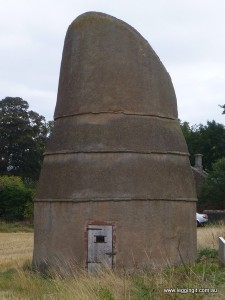 After walking up to the Doocot we headed back along the river surprising an otter which quickly disappeared leaving us staring at each other and asking did we see an otter.

Crossing the bridge on the way back to the mill we met Jimmy, a local character who retired at 80 after waking up one day and telling his wife it was time. He had worked on a local farm for 36 years and even when he wanted to leave they did not believe him asking him to stay on. He told us stories of his time during the war , his time working on the farm and about his hobby of walking and bird watching. He definitely loved a chat and after an hour we had to pull ourselves away.

Returning to Dunbar we headed to the wharf where the travelling pizza van is set up twice a week in an old converted Citroen van. The pizzas were delicious and were quite reasonable at £6 each. 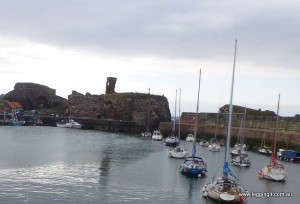