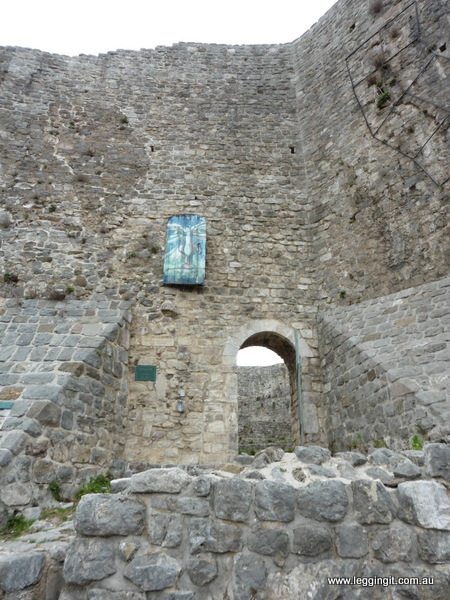 After the glorious sun yesterday today we woke to cold, grey overcast skies. Today we’re heading for the old city of Stari-Bar on the outskirts of the modern city of Bar. However, our first job was to book the train from Bar to Belgrade. It’s the reason why we came to Bar. The journey from Belgrade to Podgorica and Bar in Montenegro over the celebrated Belgrade to Bar railway is one of Europe’s most spectacular train rides. It’s a marvel of engineering, with 254 tunnels and 435 bridges on the 296-mile journey from the Serbian capital to the Adriatic. Construction of the line started in the 1950s but was only completed in 1976, and was opened by President Tito himself. President Tito had a famous luxury blue train which he would showcase the beauty of Yugoslavia to visiting monarchs and heads of state. The blue train is open in tourist season but at €200 pretty expensive. The local train however, follows the same train line. The girl at the counter provided us with a ticket for only €19.80 for both of us one way. A bargain not to be sneezed at. 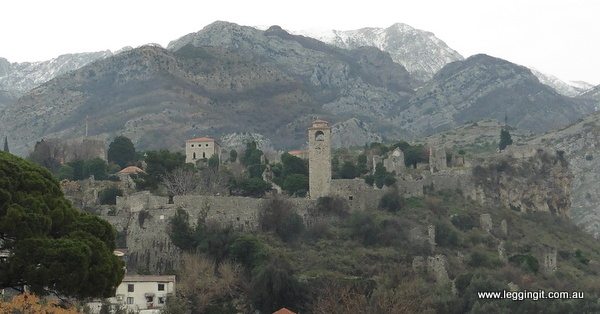 Back on the bike we headed for Stari-Bar nestled in the hills. Stari-Bar is pretty much a ruin these days after a earthquake in 1979 completed what hundreds of fighting failed to do. From 1985 until the money ran out in 1989 a conservation and archaeological effort was undertaken to stabilise some of the walls, repair some of the buildings and conserve some of the history. We were lucky to arrive when there were no tourists. Actually there were two workmen cleaning up after retiling a roof and a old caretaker. 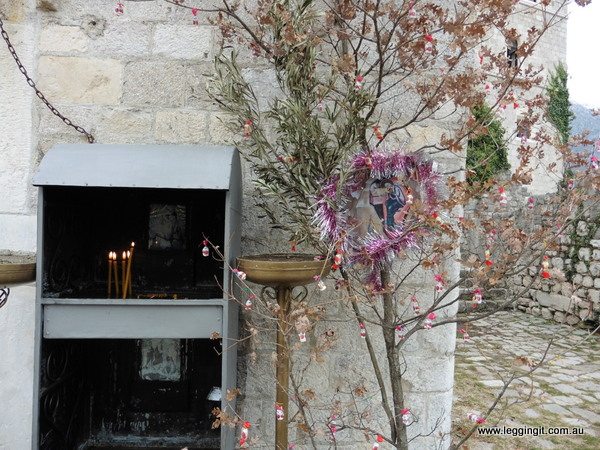 After looking around a few old buildings, the caretaker showed us to the Orthodox Church where he encouraged us to light a candle for our families for a small fee 🙂 We felt like we were back in Asia lol 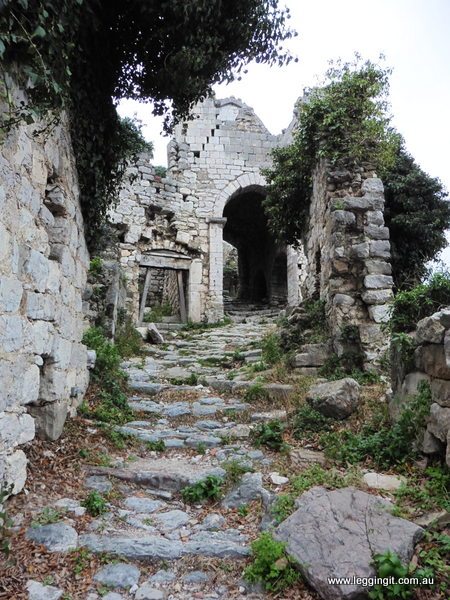 It was nice exploring the ruins without being hassled however, with different buildings and artefacts which reflect the city’s history. The city traces its origins back to a settlement in 300 BC before it grew into a trading point known as Antivar around the 9th century. It became a free city and taxation point for traders of the region. Eventually it was conquered by the Venetians in 1443. It was conquered in 1671 and occupied up until 1878 by the Ottomans, when the Montenegrins liberated it. In one of the buildings, pieces of Turkish script and Venetian architecture show its colourful heritage. Wandering around the ruins the old Venetian clock tower and a few Venetian style buildings have been rebuilt. 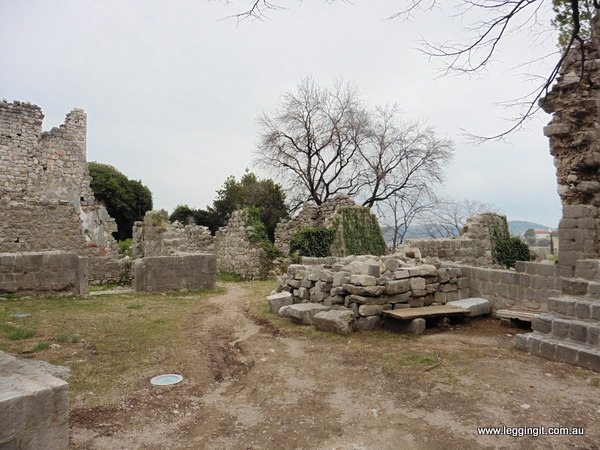 Also the city walls and citadel have been rebuilt along with the Turkish bathhouse. The old city wells still have a good supply of water and just outside the walls the old aqueduct has recently been repaired. Around the hills surrounding the old city, groves of olive trees abound. Supposedly not far from Stari-Bar is the oldest olive tree in Montenegro which is also the symbol of the city of Bar. We are looking forward to finding the 2,000 year old tree when we explore Bar a little further.
As it was now past lunchtime we headed back to the city and found a pizza restaurant for lunch. A word of warning, there are no smoking bans on restaurants here so we inhaled a lot of smoke as we enjoyed a delicious lunch. After lunch we took a ride around the city. 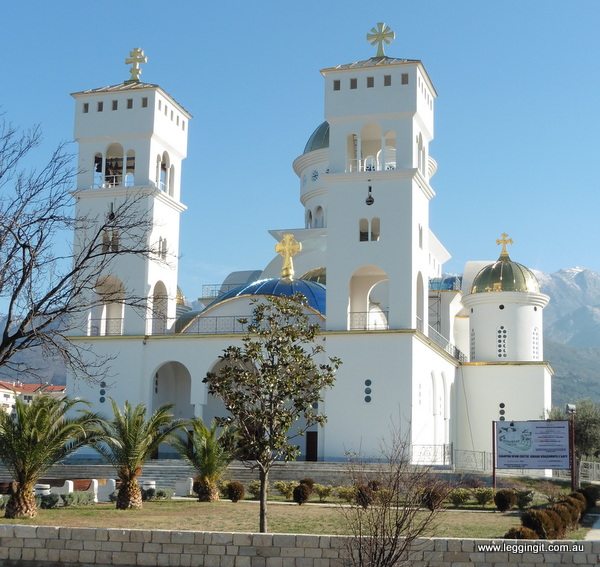 The huge Orthodox Church with its golden domes really stands out. It’s also interesting that apartment blocks run all the way up to the city centre.
As the sun was sinking we headed to a little cafe overlooking the beach where Michele ordered Slatke Palačinke a local pancake. When it arrived she took one bite before pushing across the table and exclaiming I can’t eat that, it’s too sweet. We discovered the pancake was filled with Nutella, white Nutella, biscuit crumbs and covered with chocolate sauce. Oh well, it’s a thankless task eating leftovers. Tomorrow we’re heading to Lake Skadar, the largest fresh water lake in Montenegro.