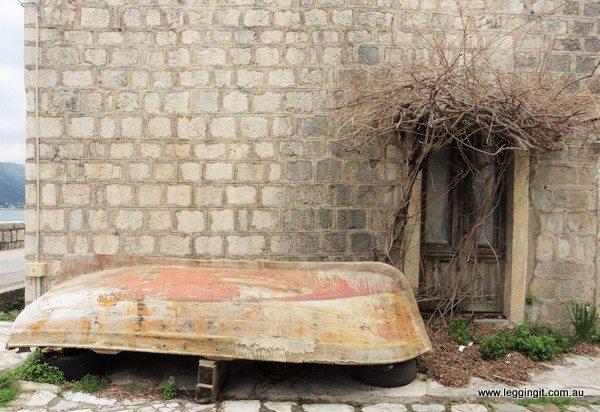 After another slow start we headed off for a trip around Kotor Bay, Montenegro. Yesterday we followed Kotor Bay from Kotor to Tivat and Porto Montenegro, and today we rode the opposite side of the bay all the way to Igalo. 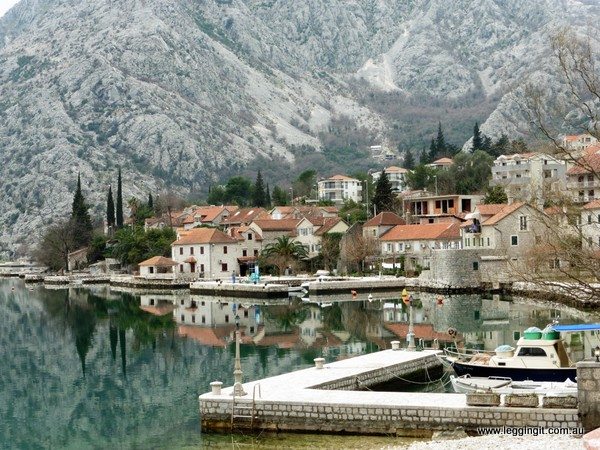 Our first stop was the town of Perast. It became quite rich during the venetian period so there are sixteen venetian palaces, seventeen Catholic Churches, an Orthodox Church and nine defensive towers including the Holy Cross Tower which were built instead of a defensive wall. It really is a beautiful town with great views across the Bay of Kotor. 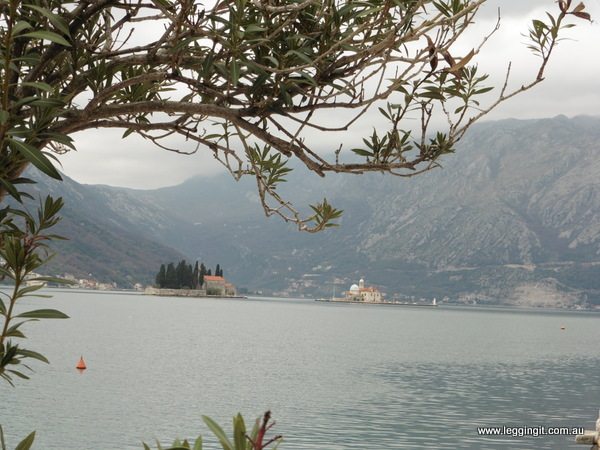 Perast also offers boat trips to the two picturesque tiny islands of Sveti Đorđe (St. George) and Gospa od Škrpjela (Our Lady of the Rocks). On each island quite close to each other is a church, one catholic and the other orthodox. Gospa od Škrpjela is a man made island where legend has it some Venetian sailors found a picture of the Virgin Mary on the reef. Sailors started to drop rocks as an offering and old shipwrecks were sunk until eventually an island was formed and the church was built on it. These days it’s home to almost eighty baroque period paintings by Tripo Cocolia and thousands of gold and silver votive tablets (offerings to avoid some sort of tragedy). In France we saw lots of votives of silver and even tiles adorning churches. After walking around the beautiful cobbled streets of the town we stopped at Hotel Conte to enjoy a coffee and the beautiful views across the Bay of Kotor. There was hardly a breath of wind so the water was like a mirror reflecting the dark mountains which surround the bay. 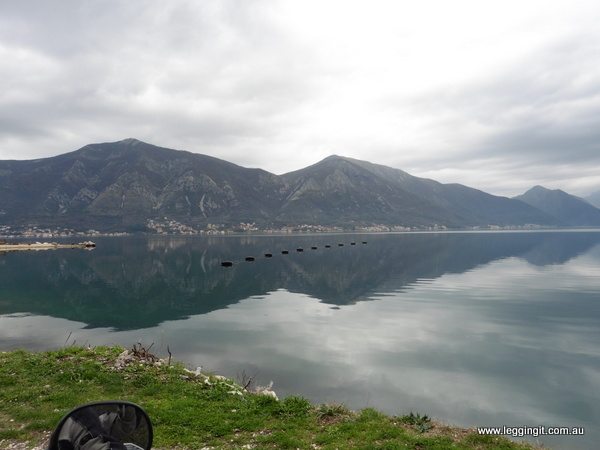 Risan was our lunch destination, at a local restaurant. Just like Perast there are great views across Kotor Bay.
After lunch we headed to Herceg Novi before heading on to Igalo. 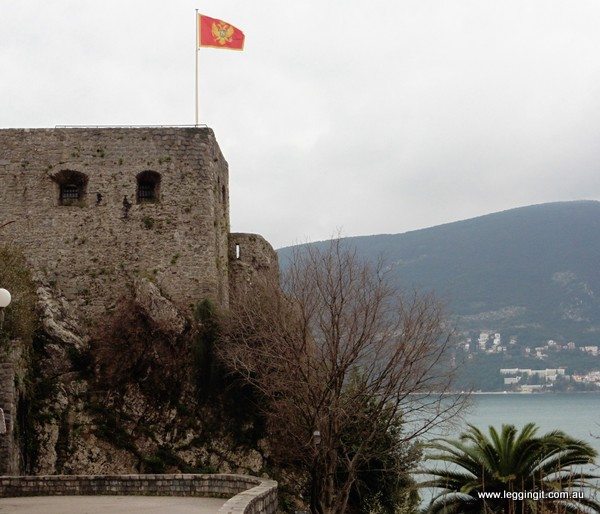 Igalo is a little run down with all the apartment blocks looking like they need a little love and attention. A little paint wouldn’t go astray either. It looks like a locals only area. We wound our way back along the bay through Herceg Novi past the old castle which has a massive crack in the walls before heading back onto the main road out of town. 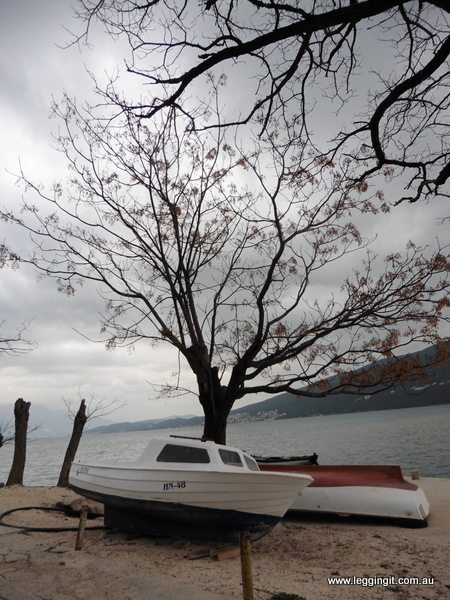 When we reached Denovici, we headed along the bay past some great cafe’s and restaurants which overlook the bay. The roadworks however, were just atrocious with manhole covers sticking about 4 inches above the road.

As light rain started falling we headed to Kamenari where we caught the ferry back to Lepetane. The fare of €2 for the pair of us and the bike is just unbelievable. Once back at Lepetane we headed back to Muo and the apartment.
Riding around the Kotor Bay today was just amazing, with views of the bay with mountains in the background.
Tomorrows forecast is not so good but hopefully we’ll get into Kotor again.