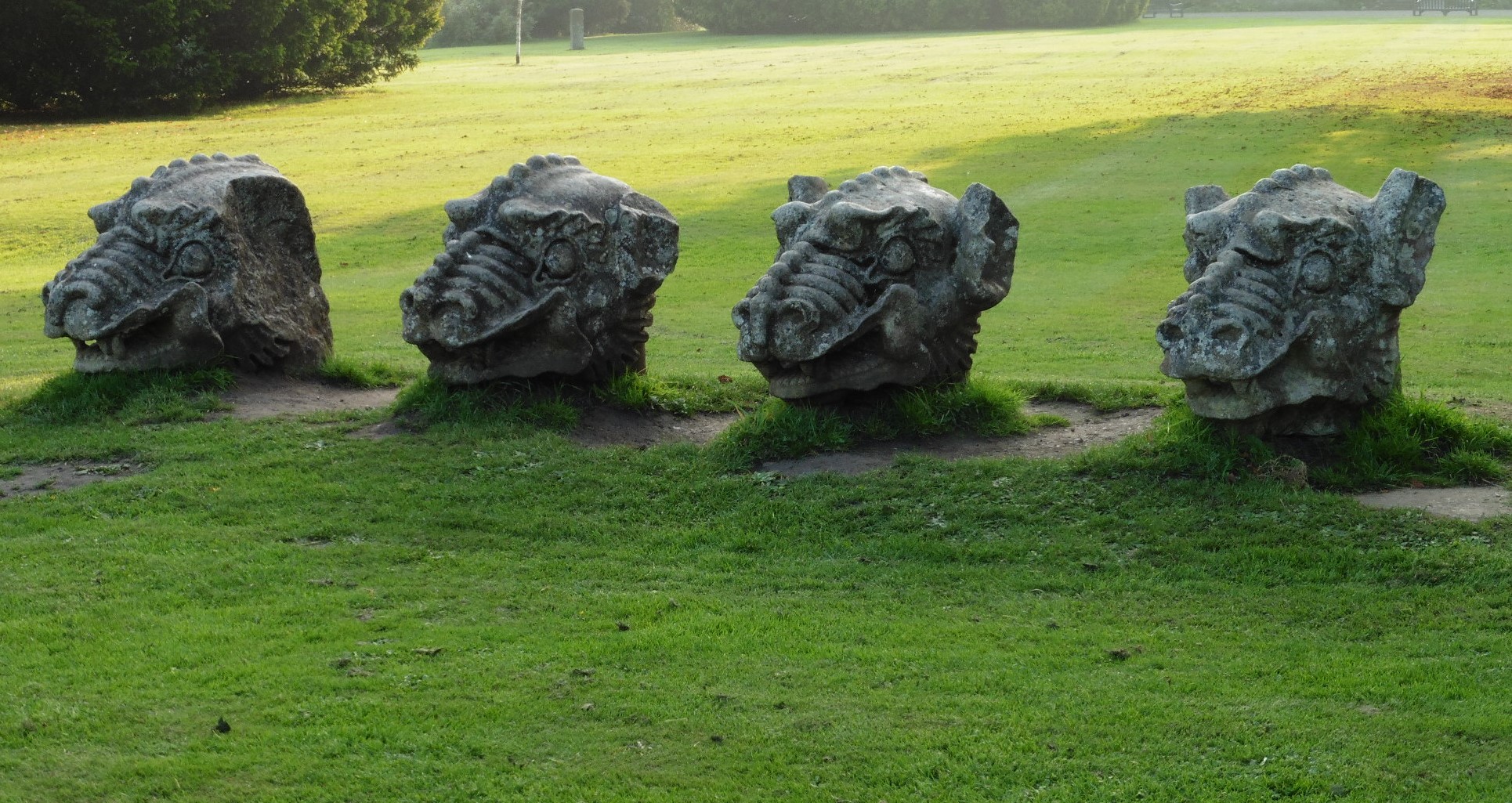 Another place on our list to visit close to Morpeth was Wallington Hall. We were starting to feel a bit ABC (another bleeding castle) however when we arrived at Wallington the ladies at the front gate convinced us to join the free tour. There were about fifty people on the tour so we decided to go our own way but not until after the guide twigged our interest with a short history of the place. 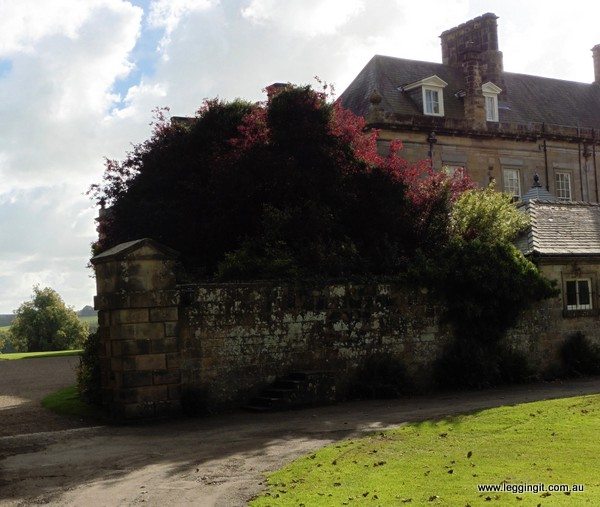 The estate was started in the 1400’s by the Fenwicks who supposedly were reavers (the local term in the border area for livestock resettlers) Supposedly it may be where the word bereaved comes from (mourning after a loss).

After the original owners ran out of money and friends it was bought by the Blacketts who rebuilt the buildings in the current style.

Eventually it passed to the Trevelyan family, of which the last owner Sir Charles Phillips Trevelyan, had a full and colourful life, donating the estate to the National Trust because he believed it belonged to everyone to enjoy.

A former politician from the landowning liberal side of politics he became a Labour politician and believed in communism. One side of his entry gate even had the hammer and sickle, although supposedly he was not a card carrying member of the British Communist party. During the war years his home housed children sent from the cities to safety from the blitz.

The tearooms reflect the war years with old suitcases with some of the children’s names, photographs of the children and an old Glen Miller record on an ancient record player. We stopped for afternoon tea enjoying sandwiches and cakes served on fine china (donated by locals) 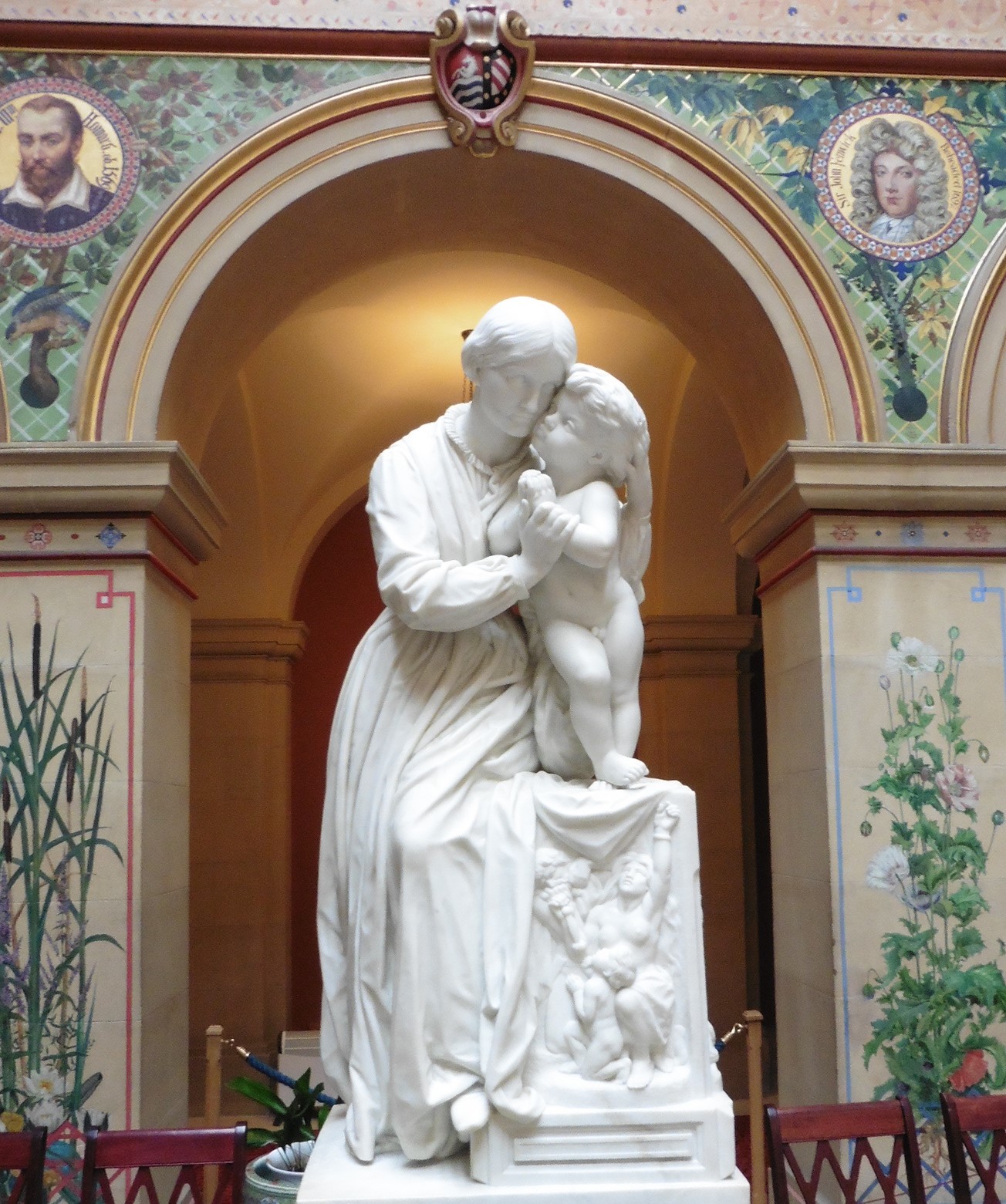 The interior of the house is interesting with a central area adorned with paintings of Northumberland history and a few bible verses.

There’s a room filled with doll houses one of which is a whopping Nine feet long and was discovered in someone’s attic. How you forget a nine feet long dollhouse in your attic is unbelievable. It was beautifully decorated and with windows each end you can see down the whole nine feet long passageways. There’s also a tin soldier army with all the soldiers in the battle of Waterloo it’s the early version of Risk.

The library contains the writing desk of Thomas Babington Macaulay who wrote The History Of Britain. His works are considered British literary masterpieces.

In one of the sitting rooms local needleworkers were busily stitching, showing off their skills. The former Lady of the house apart from being like her husband, a free thinker, was a talented stitcher and the local stitching exhibition pays homage to her craft. 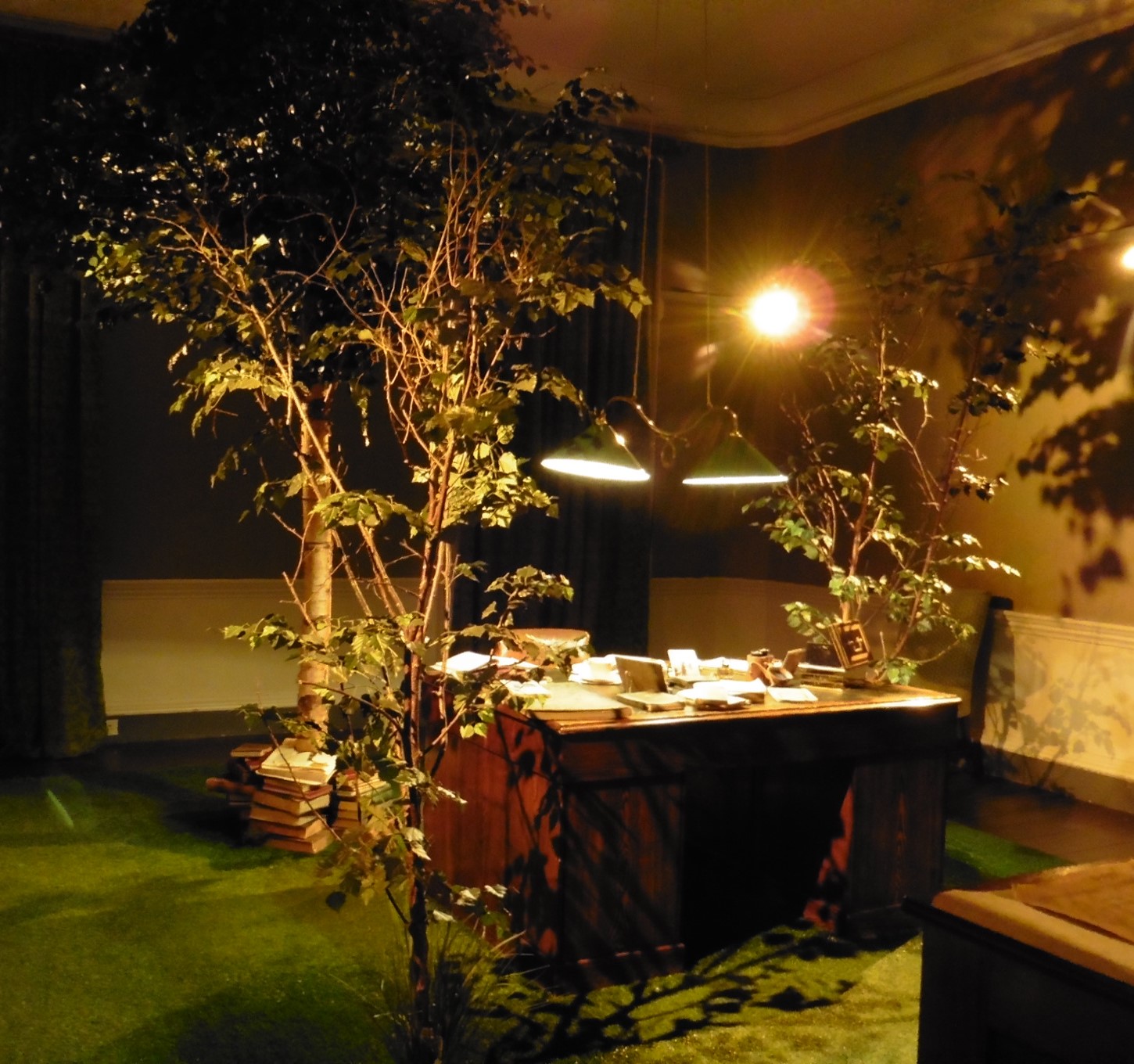 The upper levels not only contain bedrooms but also a large room of natural history specimens and rooms containing needlework. One room has six large needlework wall panels and chair coverings which supposedly took Lady Trevelyan three years to complete.

During their lives they opened Wallington Hall up to the public, who were free to visit on the weekends and they were keen to talk to everyday people to learn a little about their lives. 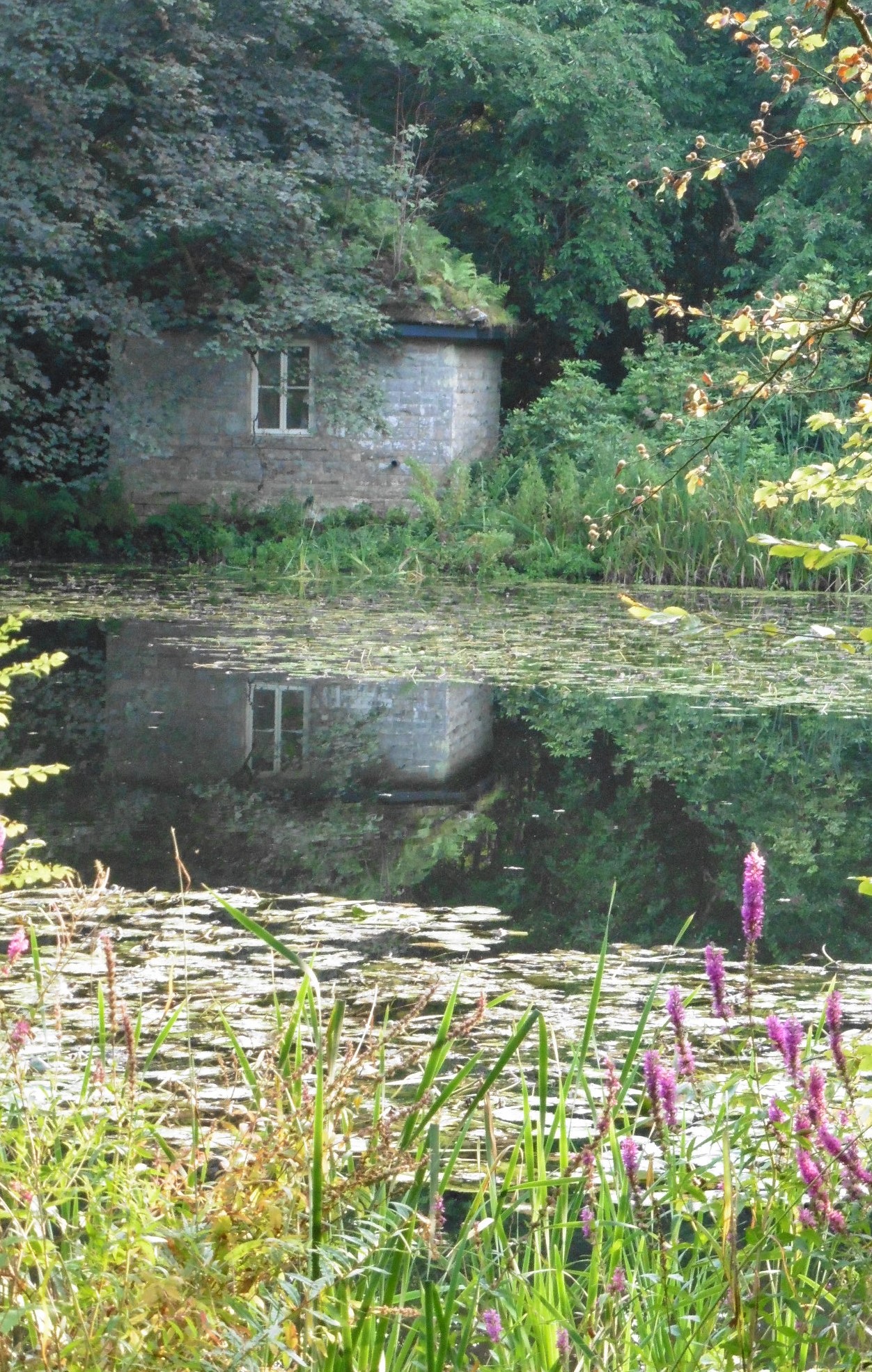 After visiting the house we walked through the grounds to the walled garden. It sits in a gully formerly filled with hawthorn, it’s now an English garden carved out of the wilderness 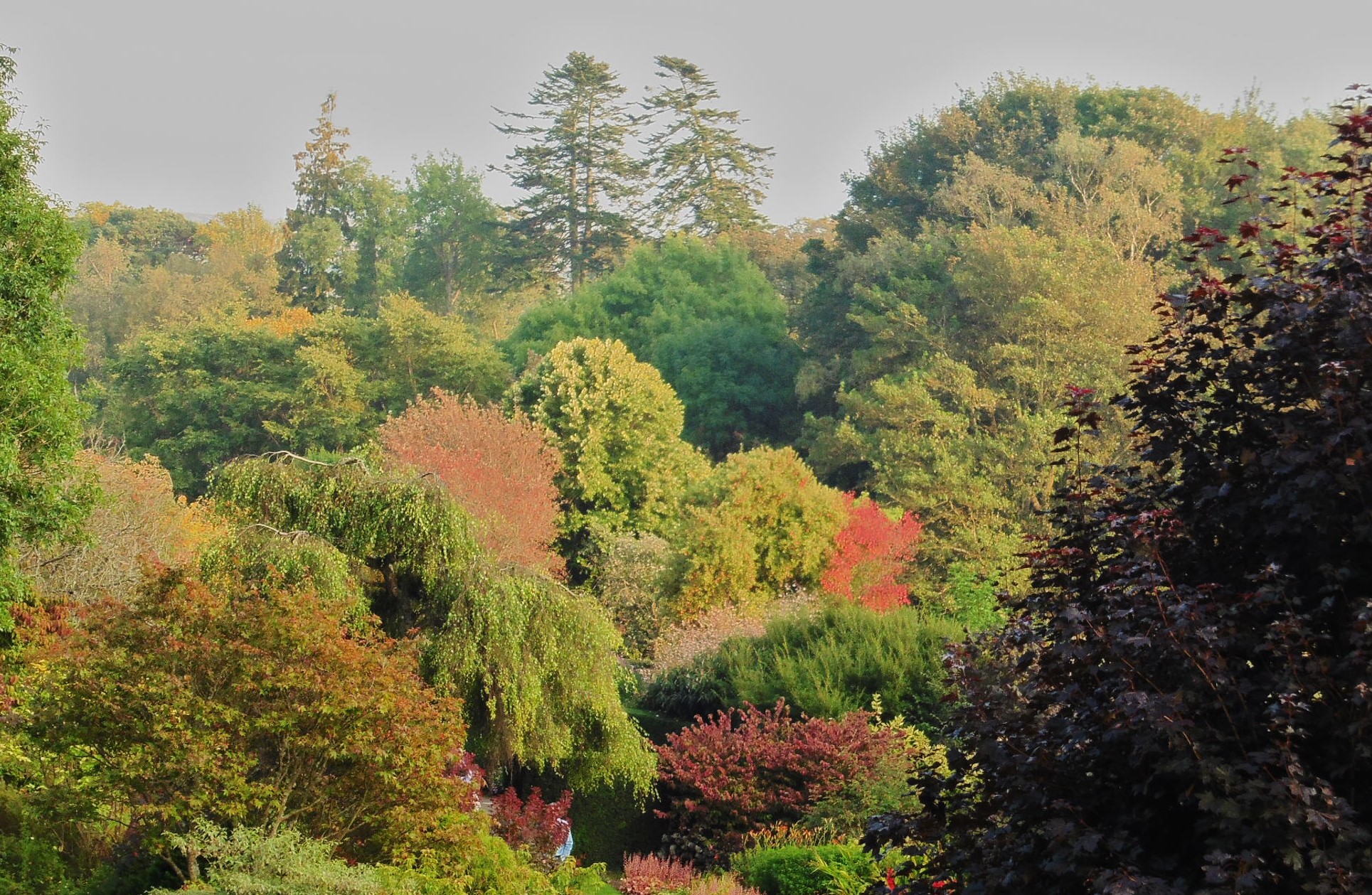 There’s all sorts of shrubs and flowers in the garden, and a large hothouse containing the largest fuchsia we’ve ever seen. 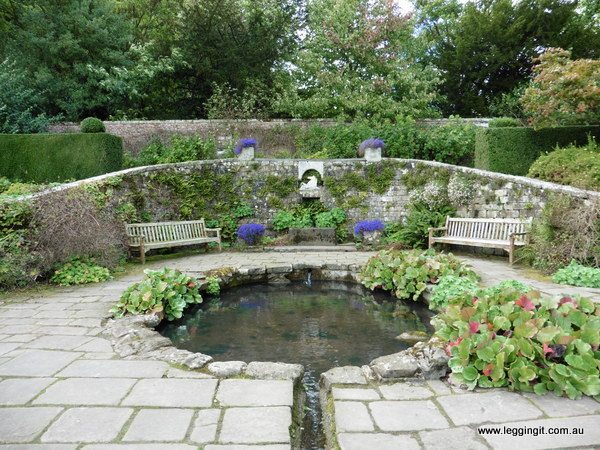 We spent some time sitting and enjoying the garden before realising it was six o’clock. A beautiful place to visit, we enjoyed it so much.

Tomorrow we pack up and head north to Scotland.

Wallington Hall is £11.80 to visit (free for National Trust Members) more information on Opening Hours can be found here

One thought on “Wallington Hall And It’s Amazing Gardens”