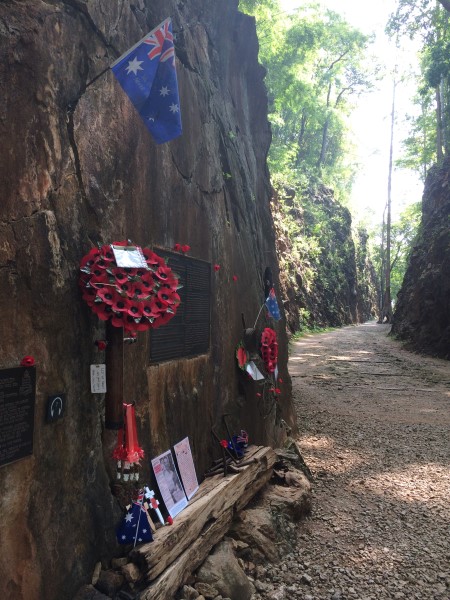 Our guest post this week is from Sarah at A Social Nomad, a fascinating insight into The Thai Burma Death Railway.

Built by Allied Prisoners Of War (POWs) and local slave labour during World War II, the Thai Burma Death Railway is an iconic historic railway journey to take.  This journey takes you from Bangkok over the famous Bridge on the River Kwai to the end of the line in Thailand. Tickets for the journey are cheap, but the memory of riding over the original wooden trestle bridges will remain with you forever. The connecting line to Burma has been dismantled for many years, but it is also possible to visit the end of the line in Thanbyuzayat, Myanmar.

History of the Thai Burma Railway

The 415 kilometre Thai Burma railway was built to supply the Japanese forces in Burma. Sea routes had become increasingly dangerous for the Japanese following their defeat at the Battle of the Coral Sea and Midway in 1942.

Route of the Thai Burma Railway

The Thai Burma railway ran from Nong Pladuk in Northern Thailand to Thanbyuzayat in Southern Myanmar (previously Burma). The route and tracks were cut by hand by men who subsisted on starvation rations and who worked 15-18 hour days.

Much of the railway is now dismantled, however, you can catch a local train from Thonburi station in Northern Bangkok for 100 Thai Baht. Buy tickets at the station (it’s unlikely to be full) on the morning of departure. 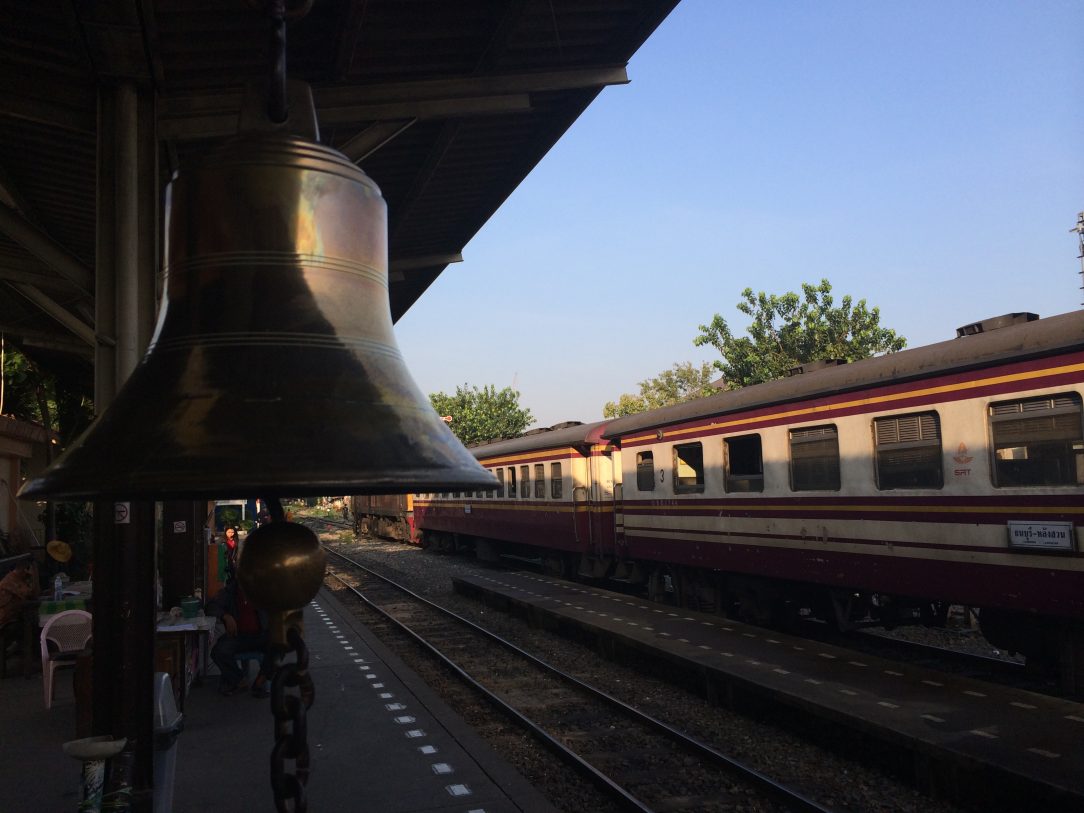 The train will take you to Kanchanaburi, which is the main town for those visiting the Thai Burma Railway. You can stay on the train to Namtok Station if you’d like to visit Hellfire Pass first. It’s also possible to take a minivan between Bangkok and Kanchanaburi.

You can ride the actual track that formed part of the Thai Burma Railway between Namtok (in the North) over the Wampo trestles through Kanchanaburi to Nong Pladuk. The section that passes through Wampo is the most scenic. 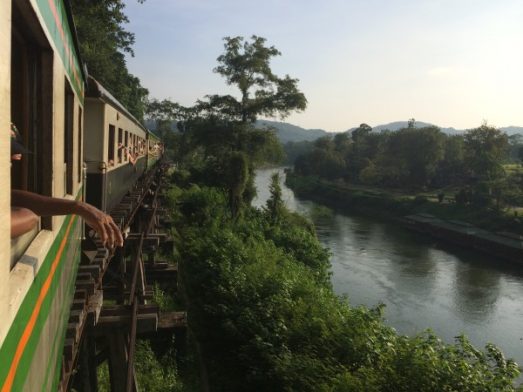 Kanchanaburi and the Bridge on the River Kwai

The town of Kanchanaburi came to the notice of the majority of the world in 1957 with the release of the British-American blockbuster movie, The Bridge on the River Kwai. There was, in fact, no river called Kwai. The river here is also called the Si Sawat. It gained the second name of Khwae Yai courtesy of enterprising tourist officials in the 1960’s. The movie itself was filmed in Sri Lanka, near Kitulgala, where equally enterprising tourism officials are continuing to try rebuilding a replica of the famous bridge. The original bridge was 100 metres upstream of the current one and was wooden. 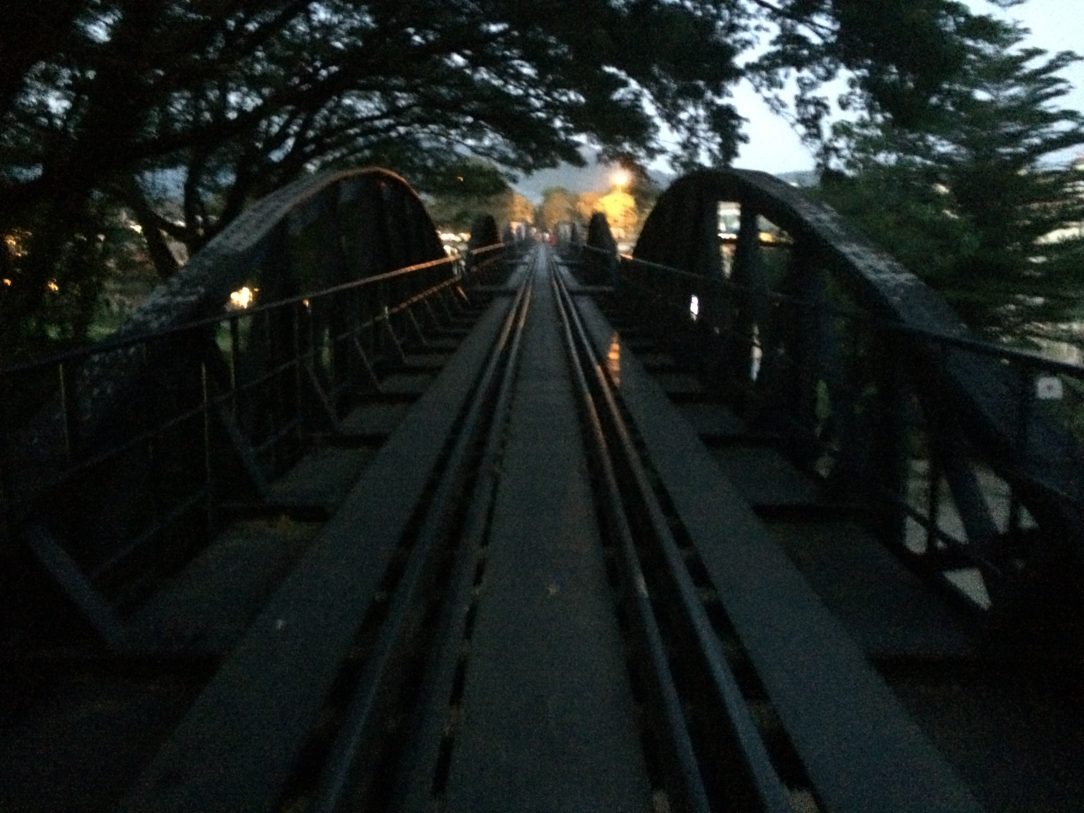 [PHOTO: Bridge on the River Kwai]

In Kanchanaburi, the train trundles slowly across the bridge. There are only a couple of trains a day here, so mostly the bridge is thronged with tourists. Early in the morning and later at night is when you’ll find it empty. There’s also a great view from the War Museum by the bridge.

The local name of this is Konyu Pass and to get here you’ll need to take a songthaew (an open-backed pickup truck with seats in) from Kanchanaburi. The songthaew will pick you up from your accommodation, drive you to the absolutely superb museum at Hellfire Pass, then drop you at the end of the walking trail along the railway. 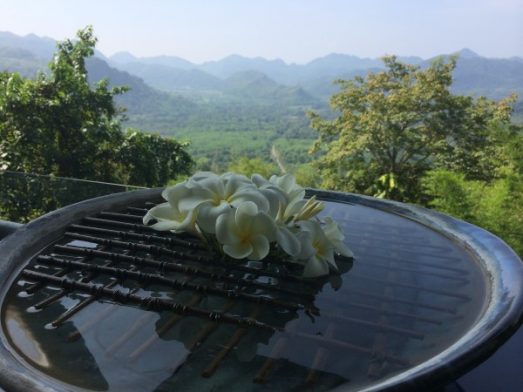 [PHOTO: View over the Valley from Museum]

The museum is open from 0900 – 1600 and is free. While it’s not possible to take the train through Hellfire Pass it is possible to follow the 2.5km audio guided walking trail. You’ll walk along the route of the death railway. It’s rough underfoot. The jungle is trying hard to reclaim this part of the track. This part of the track is just one-third of the route that the POW’s used to walk to and from their work. Take water and lots of mosquito repellent.

The sense of history is palpable here. The weight of remembrance is heavy and this is an experience that you will never and should not forget.

One returning to the museum you can have your driver take you to the Namtok railway station so that you can catch the train back to Kanchanaburi. This is the furthest part of the Thai Burma Railway that you can ride the train on. It’s likely to be busy as this is where the bus tour groups come to ride the train. Sit on the right-hand side of the train for the better views. The bus groups will get off after the train goes for about 3 stops.

The end of the Thai Burma Railway in Myanmar is at a small very untouristy town called Thanbyuzayat. You can reach it easily by train, public bus or taxi from Mawlamyine, although the train timetable isn’t conducive to an easy day out. 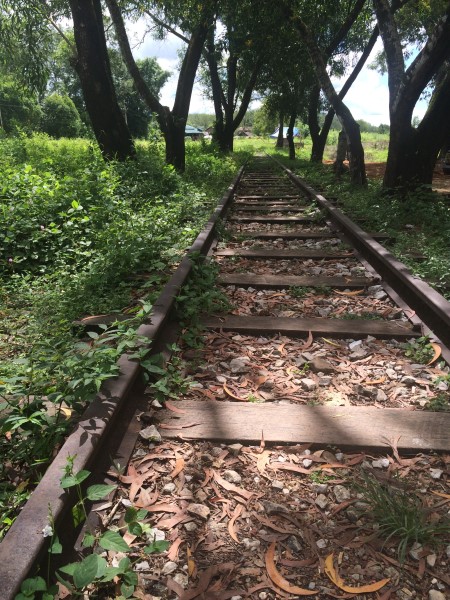 In Thanbyuzayat, you can visit the end of the rail tracks, where a replica train stands. There are plans here for a museum on the same scale as Kanchanaburi, but not yet there. There’s also several well-kept Commonwealth Graves Commission Cemetery. The best way to visit it to take a motorbike taxi from Thanbyuzayat.

What Else to See

If you ever visit Toyko, Japan, go to the Yushukan War Museum. As you enter the museum, you are greeted by the first train that ran on the Thai Burma Death Railway. It is a nauseating sight and much of the museum appears to rewrite the histories of the era. 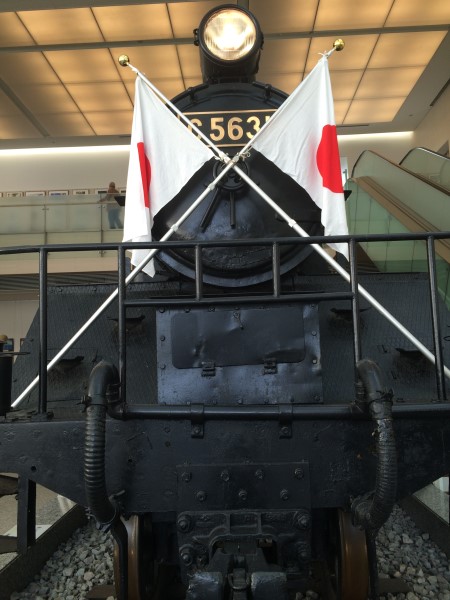 Visit Fort Sentosa on Sentosa Island in Singapore – many of the men stationed there ended up in this area and if you look closely enough in the Commonwealth Graves here you’ll find their final resting places.

What to Read about the Thai Burma Railway

Quite possibly one of the most moving books I have ever read is the Narrow Road to the Deep North by Richard Flanagan. The Railway Man by Eric Lomax is also an extremely moving read.

The Thai Burma railway is one of the most moving railway journeys you can take. It’s not comfortable, nor is it particularly scenic. It is, however, the documented evidence of some of the worst horrors in living memory, if nothing else we should never forget.

If you are looking for somewhere to stay try: