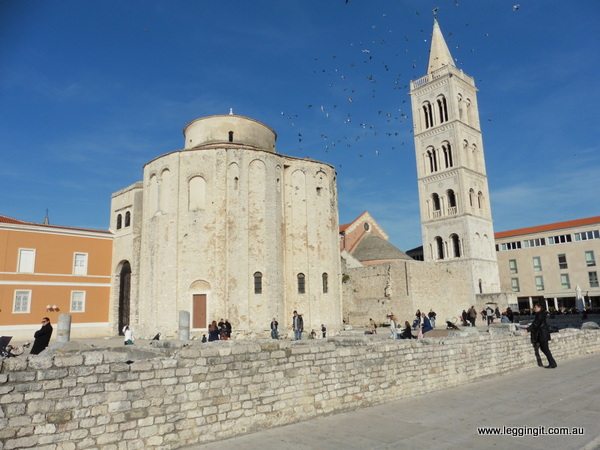 Breakfast on the roof, overlooking the markets in the old city of Zadar really is a great way to start the day. With fresh rolls and pastries from the Pekara near the markets, fresh fruit from one of the market stalls, it couldn’t get any better.

It’s interesting staying in the old walled city. It reminds us of the medinas we stayed at in Morocco last year. However, the streets are much wider and a lot of the buildings much newer. During WWII the city was bombed and then shelled during the civil war so some of the older buildings were destroyed.

Around the old city there’s lots of things to see. Our first stop was the tourist information centre where the young lady gave us some maps and a few tips about the city. The tourist information centre was at the People’s square (Narodni Trg) which is lined with renaissance style buildings, including the old guardhouse which is now the Ethnography Museum and the City Loggia which exhibits art. The People’s Square is a great place to catch the sun, drink coffee and enjoy the atmosphere. It’s certainly popular with the locals and we found that with reasonably priced coffee, a nice bit of sun and great atmosphere it was the perfect place to visit each day. 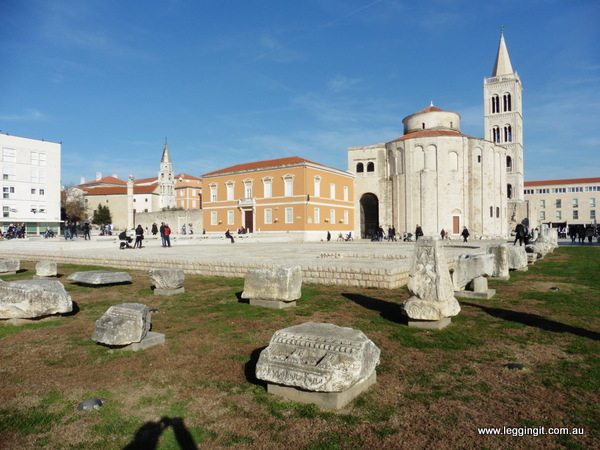 Not far from the markets where we were staying was the Church of St Donatus dating from the 9th century. It’s supposedly the largest circular church in Romanesque style in Croatia. However, it hasn’t been a church for many years. Currently it’s a concert hall, but it’s been used as a warehouse and a museum for the majority of its existence. It was built using materials from the ruins of the nearby forum. There isn’t much left of the old roman forum these days. Just lots of broken pieces that weren’t recycled elsewhere. These days they mark out the area where the forum was and provide something for kids to crawl over.
The area between the forum and the former church is a great place to catch the sun out of the wind. Croatians make an art form out of selecting the sunniest spot at the cafe’s, with them all sitting in the most sunniest spot whilst the rest of the cafe remains empty. We found a sunny spot at the cafe to observe this strange behaviour. 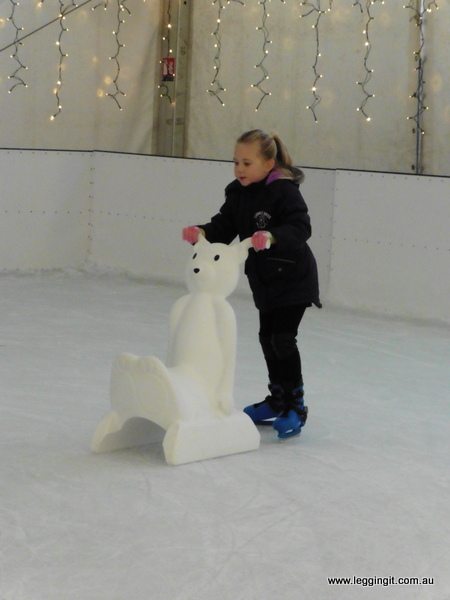 Opposite the church, next to the Benedictine Monastery and Museum of Church Art was the winter ice rink at this time of year. It’s got everything for young and old. An Ice skating rink, a kids playground, and a cafe. Parents can either get out on the ice or just watch while their kids skate or play. Perfect for all ages. We loved the push along seats which could be used by little ones to take a rest on and for the less nimble to stay upright. I was thinking of getting in front and getting Michele to push. 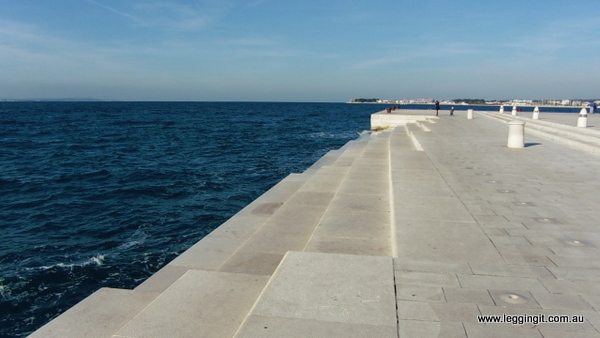 Not far from the forum is the Zadar Riva (waterfront) which has a lovely wide pedestrian walking area lined with trees. It was along here that we made two interesting discoveries. The first was the Sea Organ (Morske Orgulje) designed by architect Nikola Basic. It’s a curious invention with 35 pipes of different lengths and fitted with a whistle hidden beneath a set of marble steps which lead down into the sea. As the waves crash they compress the air across the pipes which play an interesting tune. We’ve never seen anything like it before.while it was not really attractive to look at it was captivating with the sounds that came out of it.  The tune reminded me of the tune which resonates from the wind monkeys in South Sanur beach in Bali, not far from one of our favourite holiday spots, Bloody Ron’s. 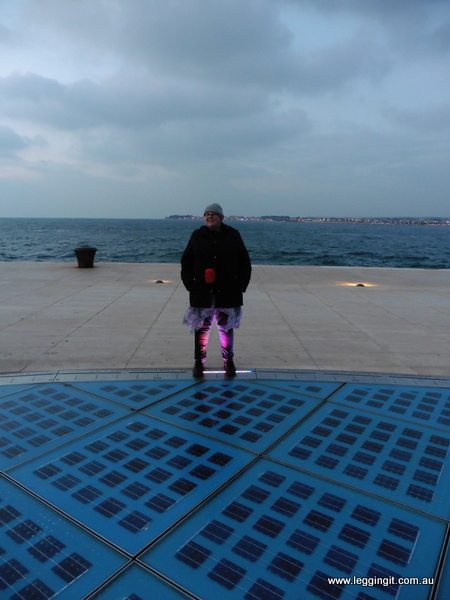 Our second discovery was the Salute to the Sun also designed by Nikola Basic. A round solar panel catches the sun by day and then by night performs a stunning light show of flashing lights. Sadly our photos did not capture this…It’s another quirky thing we’ve never seen before arriving in Zadar. 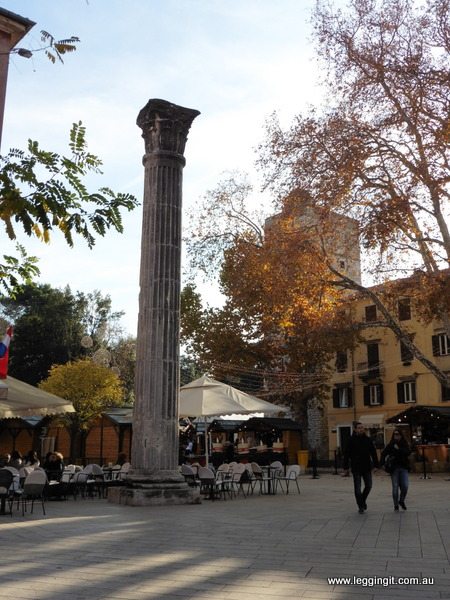 Another quirky thing we found was the “Pillar of Shame”. A column salvaged from the Roman Forum which evil doers were chained to as punishment. It was near the Advent markets and we could just imagine someone getting a bit out of hand on Glüwein and ending up chained here. However, the Advent markets were pretty subdued. We visited them most nights and found them a great place to catch up with friends, listen to croatian Christmas carollers, and enjoy the atmosphere. It was a place for families, kids, and grown ups. The Advent markets are on the go day and night so there’s always something happening. 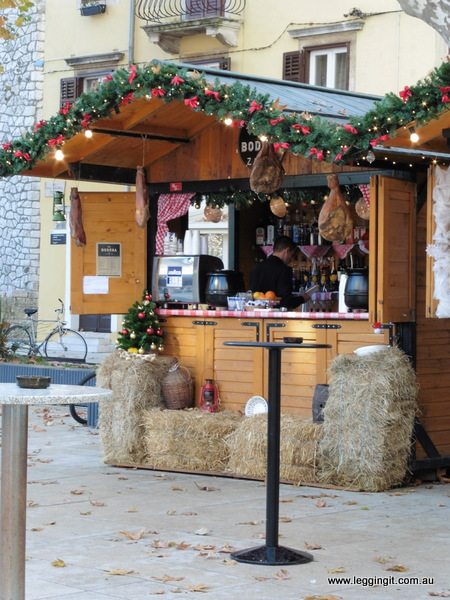 Around the Square of Five Wells the Advent Markets had a long marquee jam packed with all sorts of foods, jewellery, crafts and the newest inventions from Germany to improve your health. We ran the gauntlet of “buy me” stalls and escaped to explore the gardens above the old Bastion. It was a nice patch of greenery amongst the bricks and mortar of the city with a view down to the old Land Gate. 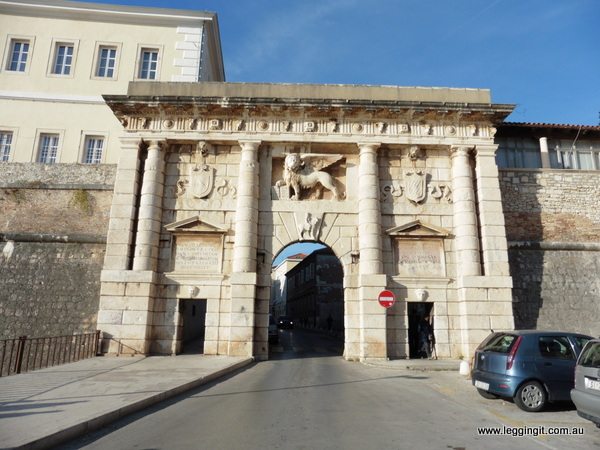 Not far from the Square of Five Wells is the old Land Gate which still has the Venetian lion above its archway. It dates back to when Zadar was part of the Venetian Kingdom and the gate served as an entry point to the city’s defences.

Wandering through the streets of the old city there’s lots of parts that are quite medieval and it seems that around every corner there’s something else to discover. Little bars, cafe’s, konobas, restaurants are tucked away in the most unlikely places. It definitely is a place just to lose yourself.

An interesting tradition we’ve noticed in Zadar, is the posting of death notices on the city gates, and at key points around the old city. Maybe of more interest is the amount of people who stop to read the notices. Sometimes there’s almost a line up. It’s quite nice. 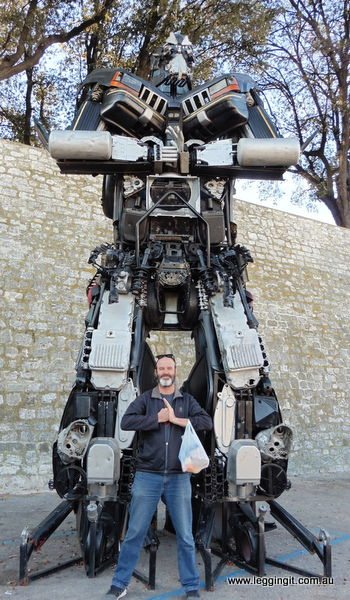 Just outside the walls was the Croatian version of transformers. No they weren’t the characters from the cartoon or movie and we’re sure that if you looked closely one of them was a Lada Niva. A bit “more than meets the eye”, maybe? Whether it was an art installation or not it was a place for kids to explore and bigger kids to take selfies. 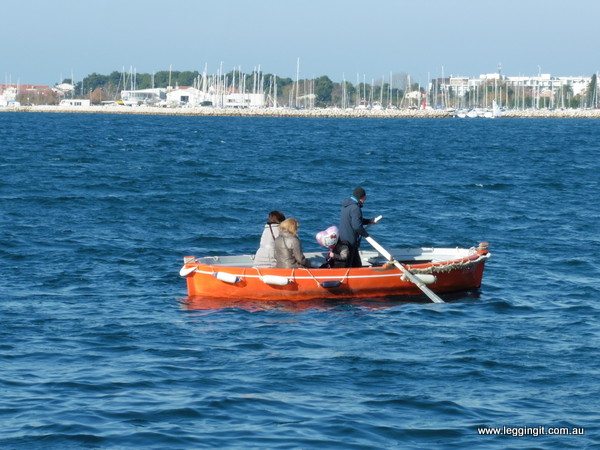 As the old city of Zadar sits on a peninsula a small bay separates it from the other side of the city with only one bridge connecting it in the middle. It’s a long walk if you’re up the seaward end back to the bridge. The locals have got around this by having a Public Boat taxi. For the change in your pocket a bloke happily rows you across to the other side. During his slack time he doesn’t mind dropping a fishing line in the water and trying his luck. I wonder if he makes people wait if he’s catching heaps of fish. 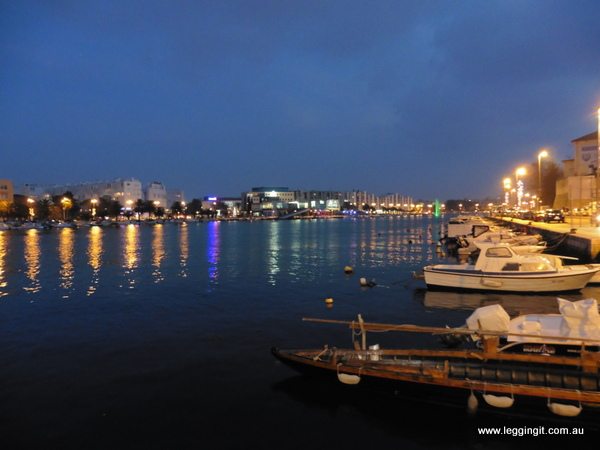 Zadar really is an amazing city to base yourself in. There’s so much to see and do around the city. From here we did a few trips along the coast to Nin, Vir and Pag and also took a ferry out to the island of Uglijan, but that’s another story.