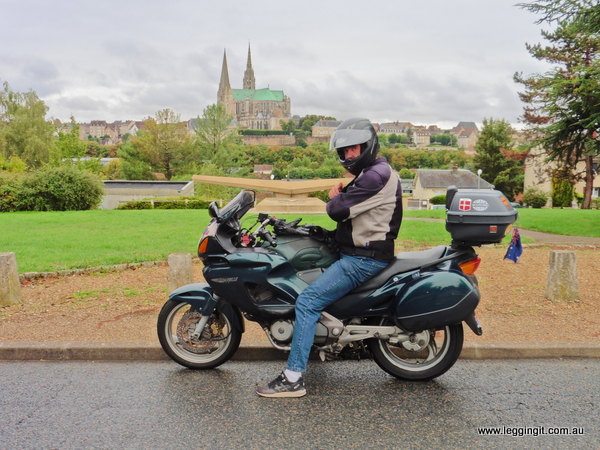 Our first stop on our way to Bretagne (Brittany) was to see the lights of Chartres, Michele had read the Cathedral and the city are lit at night so we wanted to check it out.

The weather forecast was for a break in the rain at 1100 but as soon as we got mobile the heavens opened up again. The rain had been causing flooding in the south of France and the torrential rain during the 100 km ride from Paris to Chartres was really dangerous. Sheets of water covered the road and oncoming traffic as it hit the water caused it to shoot up over the barrier into our lane. It was a slow ride made even slower by long queues of traffic and by the time we reached Chartres we were drenched. The room at the Ibis wasn’t ready so the manager moved us to another room. We soon had our clotheslines up and our gear drying out. 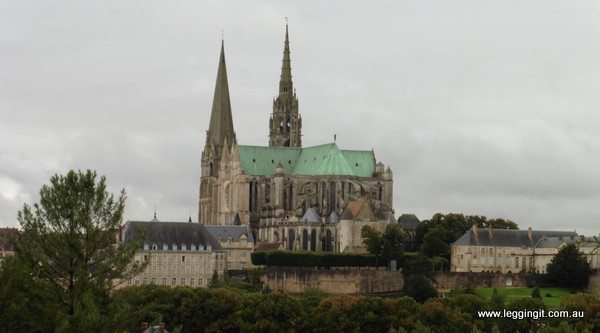 The old city of Chartres centres around the Cathedral and the city are filled with buildings ranging in age, some from back to the Middle Ages. Around the city, many large light projectors are set up and every night a light show is shown on many of the buildings. We found a great spot near a little bar where a jazz duo was pumping out some great tunes and enjoyed the light show on the front of the Cathedral. It really was one of the best light shows we’ve ever seen. It was so good we even came back on the second night for a look at a few other sections. The tourist train even does a night tour which takes in all of the different light shows. 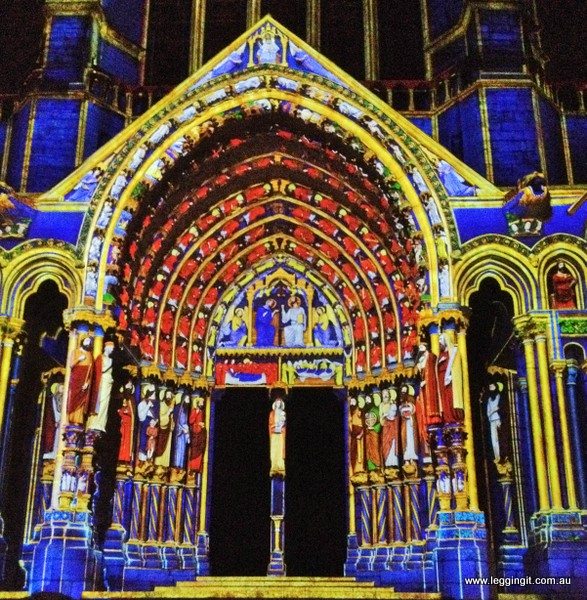 We visited the cathedral which was rebuilt in the late 1200’s after a huge fire. It’s a little odd looking with two different types of spires but being set at the highest point it dominates the surrounding countryside and can be seen from many miles away. Inside the Cathedral, a lot of renovation work was underway so there were lots of protective screens. Our highlight was the rood screen surrounding the choir and knave which took over 800 years to carve from stone. It really is fabulous with all sorts of biblical tales represented by the figures. There are also known for their famous stained glass windows made from an iridescent blue coloured glass that people have tried unsuccessfully to replicate, which are just amazing to look at. 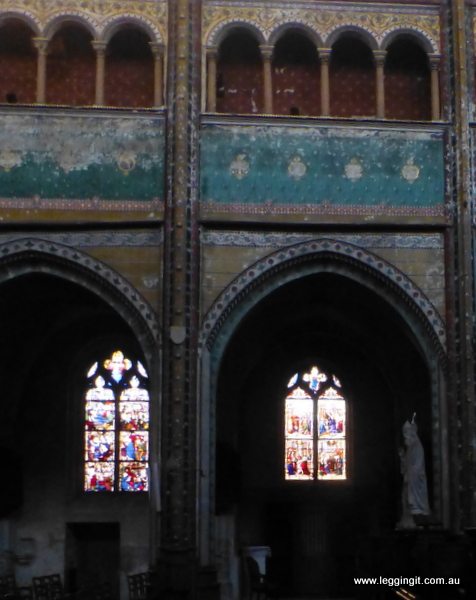 Walking around the cobbled streets we stumbled on Saint Aignan church. It’s an interesting 13th-century church with a lovely painted interior. The church is pretty rough but it’s obviously a well used and loved local church. A nice place to stop and contemplate in peace. There are some nice areas around the city, a few squares with cafe’s fronting them and a nice walk along the river below the cathedral.
Like all tourist centres, Chartres old city is really expensive, but the busloads of people constantly shuffling brought the city don’t seem to mind. We were able to find a creperie which was quite reasonable and it was great to meet and talk with some locals whilst watching the light show. 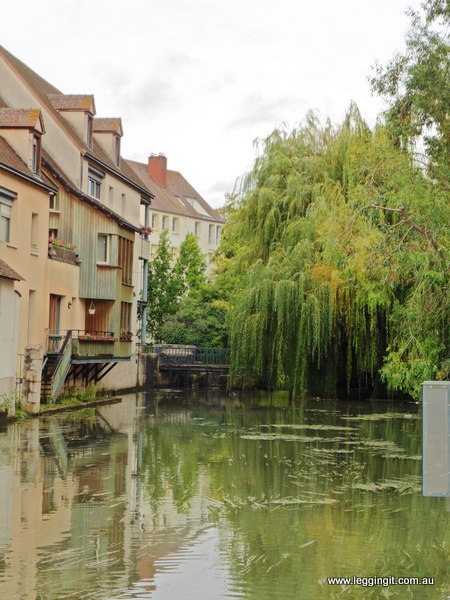 Chartres old centre is a beautiful place to wander around, filled with canals and old buildings some dating back to medieval times. This makes it the perfect place to get lost for a few hours to see what you can find.

The lights at Chartres was another item on the bucket list which we’ve ticked off but we’d gladly come back to check them out again as they truly we an experience. Tomorrow we head to Rennes.