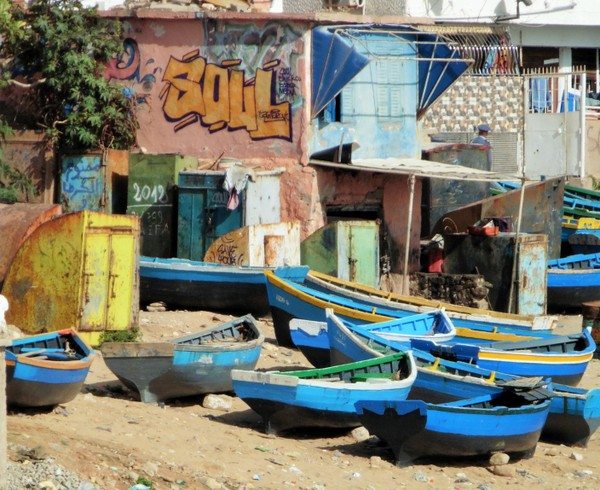 Travelling south from Essaouira we headed to the seaside village of Taghazout. The ride down was great fun travelling through the Haha hills with roads winding over and through hills covered in Argan trees. At each intersection along the road donkeys stood waiting for business almost like parking lots.

Taghazout, about 20 km’s north of Agadir, sits right on the coast with the town stretching up from the beach into the hills. It’s a popular spot for surfing and as such a really chilled out spot to stay. The main road dissects the town with surf shops, cafe’s, souvenir shops on either side of the road. Dreadlocked Moroccans wander the streets with surfboards tucked under their arms. Well heeled young European men blast along the street in Polaris buggy’s, reminiscent of a scene played out throughout Australia of pimply faced teenagers trying to impress girls in their “hotted up ford”. Backpackers slowly share a drink in the local cafe’s whilst using the free wifi, until the owner finally gets sick of them and moves them on with a shooing motion of his hand.

Along the edges of town is a rough path where cafes are set up looking over the rocky outcrops and you can enjoy the views. 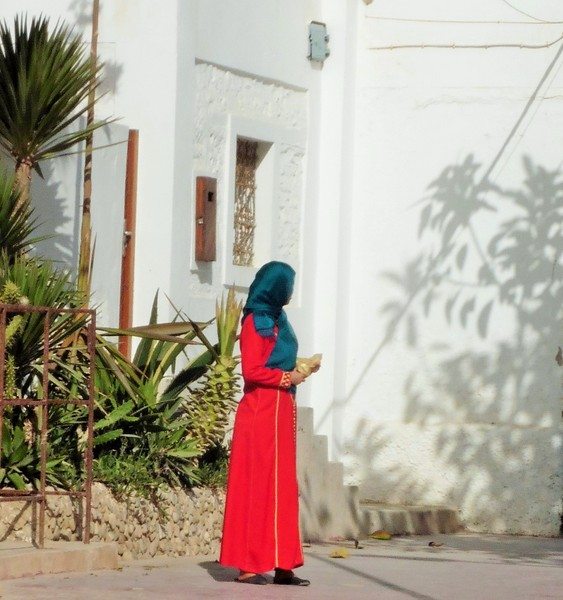 Tiny alleys snake between the buildings leading down to a sandy beach between two rocky outcrops lined with cafes. Early in the morning a tractor transports the small fishing boats down to the waters edge where they set off through the surf.

The long stretches of beach to the south but quite close to the town come alive on the weekend with hordes of locals playing soccer, picnickers, surfers, cameleers, along with lots of European “grommets” listening intently as their surfing instructor in a light French accent passes on the meaning of life…….. “feel it, be at one with the wave”. 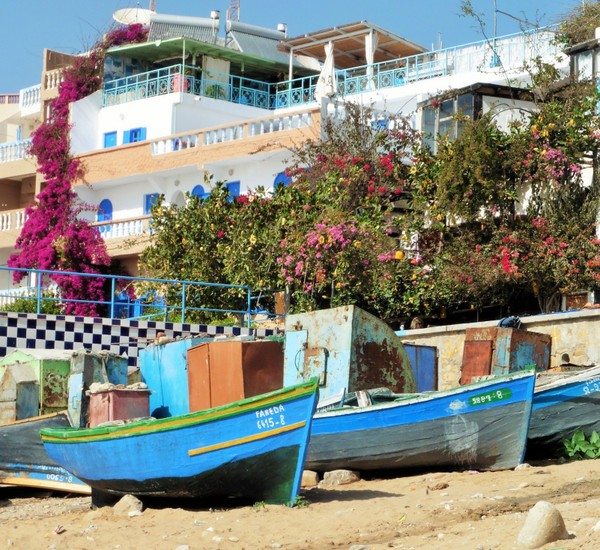 We spent three days in Taghazout in a self contained apartment which was attached to a local hostel. The hostel catered mainly for backpackers and surfers so we were glad to have our own space. Also the rooms were situated a couple of floors up a steep spiralling staircase so when we were told that our apartment was in another building we weren’t disappointed. The custodian of our building was so worried our bike would get stolen and wanted us to park it in the hallway next to his room. When Ron tried he found it wouldn’t fit through the door so we parked it under the eaves chained to the water main.

Our days in Taghazout were spent walking along the beaches, swimming, drinking coffee and eating overlooking the ocean. Although idyllic, Ron managed to pick up a bout of food poisoning on the second night there from a dodgy pizza. He spent the night and a bit of the next day with the sluice gates at both ends open before coming good at nightfall on the third night.

We celebrated with a meal at one of the many beautiful restaurants along the Main Street. After a meal and a sleep he had returned to his usual self so our next stop will be Taroudant. 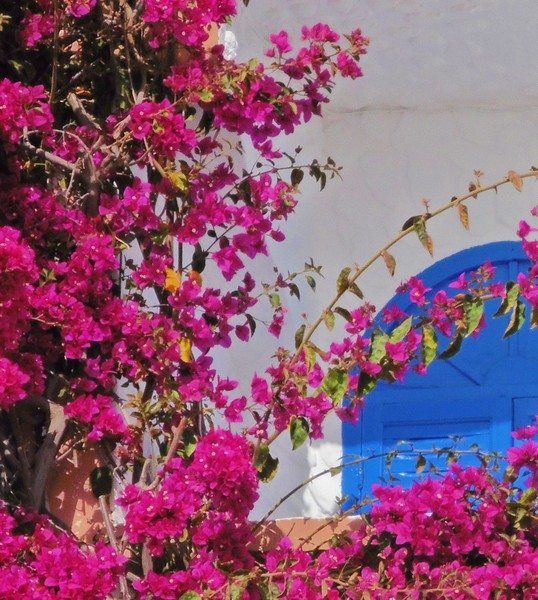