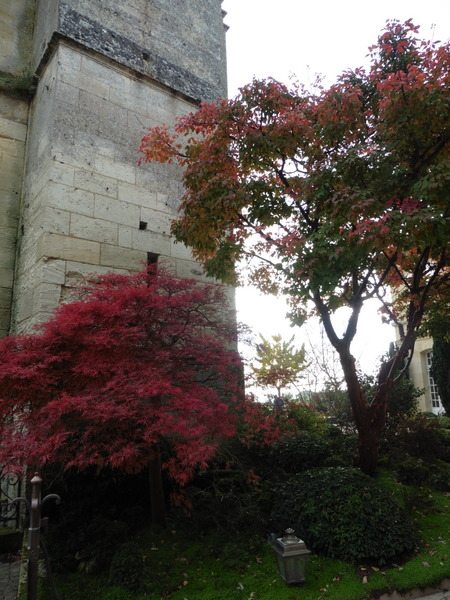 It was hard getting Michele moving this morning. After telling our host we’d be checking out at 9:30 she was still asleep at 9:00 so I had to wake her. After that packing seemed to take forever. As it was only a short stay I’d left most of my gear on the bike I was ready to go. 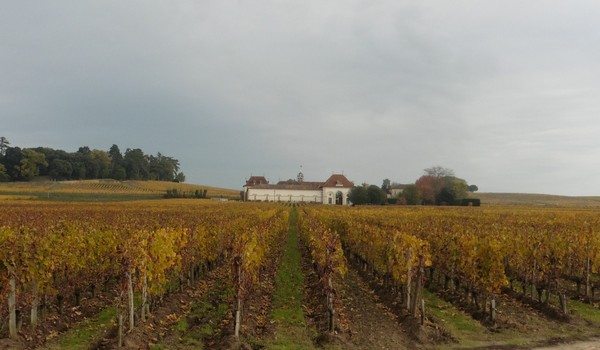 Heading out from Bordeaux it was obvious that the whole area is geared towards growing grapes. It was just a beautiful sight all of the rows and rows of golden leaves. 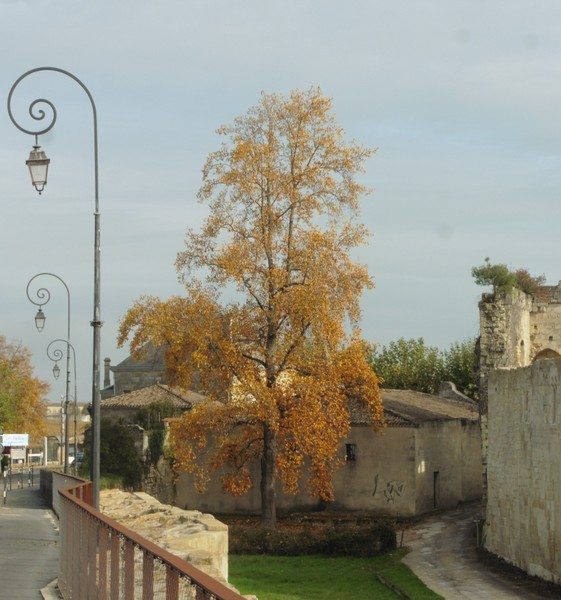 A bloke in a cafe in Bordeaux had told us that we just had to visit St Emilion, so we took his advice. He was adamant how beautiful the town was and he was right. The ride through the countryside was awesome. It was everything I’d ever dreamed of the south of France. 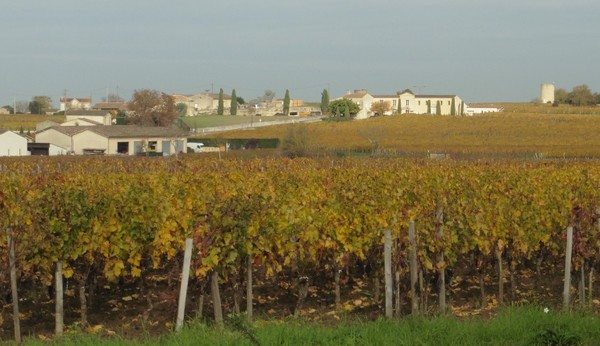 Vineyards in every direction and luxurious chateaus amongst the vines. Following the satnav we followed a thin road surrounded by high stone walls up the hill. 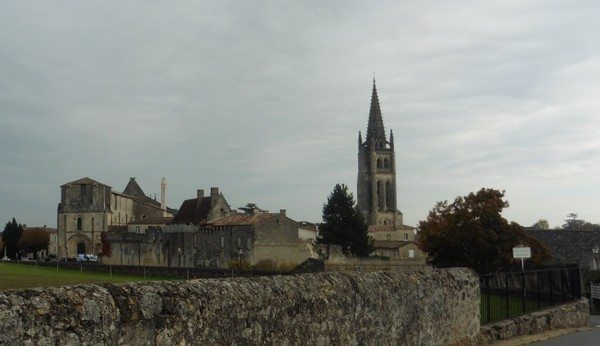 Suddenly the spire of the church was in front of us and we had arrived at St Emilion. Wine production at St Emilion dates back to the Romans who planted vines in the 2nd century. The town was named after an 8th century monk who settled in a cave there. It was the monks who improved production in the area. 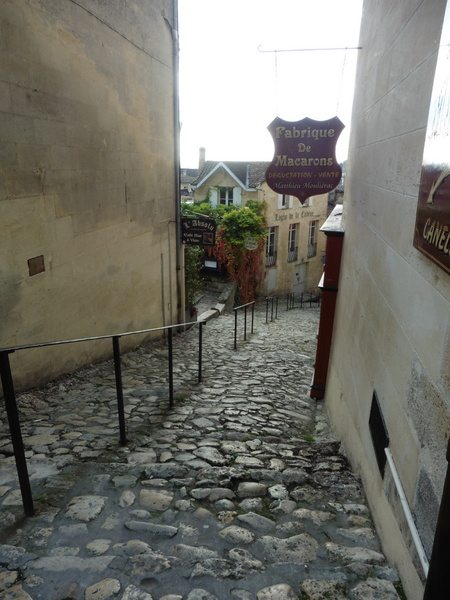 These days bus loads of tourists flock to the town to see all the medieval houses and ruins of former church building. The view from St Emilion is pretty spectacular with views across valleys covered in vineyards. The narrow roads and lanes of the medieval town are really steep. They add to the quaintness of the town.
At the local bakery we stopped for a coffee and witnessed one of those cringeworthy moments of tourists in action. Two Americans from the bus tour walked into the bakery and ordered two coffees. It was bad enough that they didn’t attempt to learn the French words for coffee but they ordered in the most complicated version of English you could imagine. It was the sort of order that in a cafe in Australia would have the barista raising an eyebrow but here in France the girl had no chance. To top it off they got angry when the girl couldn’t understand what they wanted. I was going to order for them but they were really quite rude so I though meh and continued to drink my coffee. 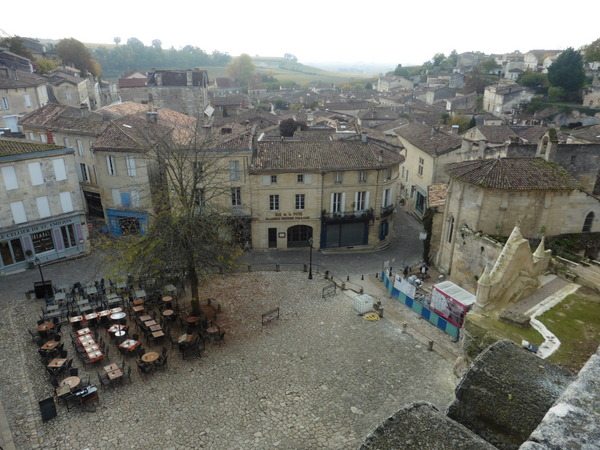 After a wander around the town we headed on towards Larocal, on the edge of the Dordogne region. It was a lovely ride through lots of vineyards and small towns. There were lots of lovely stone churches which signified just how rich the region was. Not far from Larocal we took a detour to look around the medieval market town of Issigeac. It was a fabulous town with lots of crooked looking timbered houses. As it’s close to Larocal we’ll have to come back and take a closer look at Issigeac.

Around Issigeac the countryside was a little different from further north. Rolling hills surrounded by forest and large paddocks which had been recently turned over. They were covered in chunks of lime obviously to break up the clay. This part of the Dordogne was a large tobacco growing area and buildings were adapted to dry tobacco. These days grapes, cattle, plums, sunflower, cereal crops and corn are grown around the area. However at present most of the fields are in fallow. 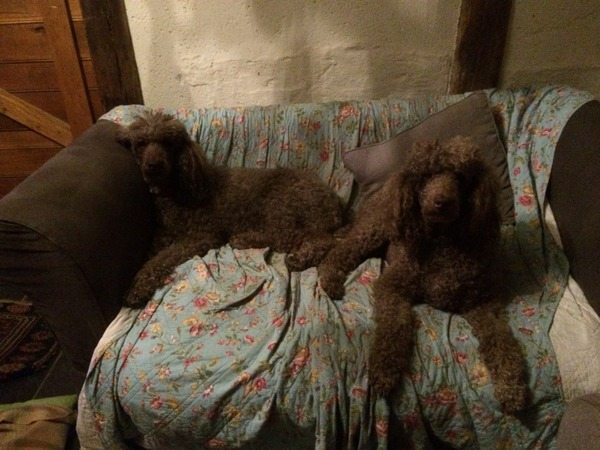 Soon we arrived at the house sit and met our host. For the next week we’ll be staying in a rustic stone farm house whilst we look after two poodles, Fizz and Lola. The closest village is a few kilometres away so it should be nice and quiet.