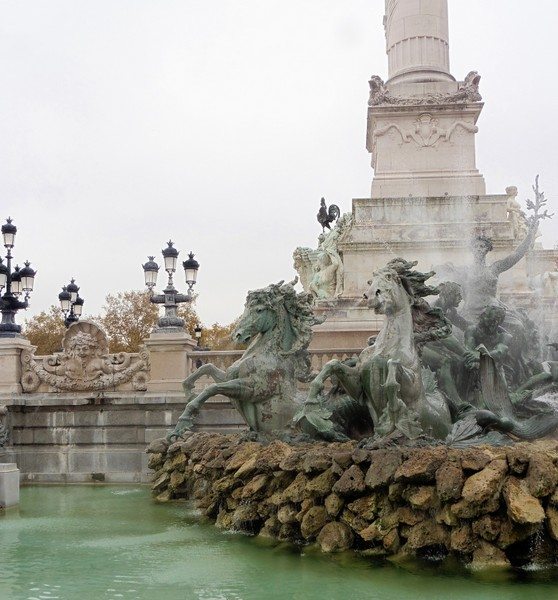 We headed out early this morning to catch the tram into Bordeaux. The tram system in Bordeaux opened in 2007 and consists of three lines which meet up in the centre of the city at Quincones. We caught the tram to St Andre’s Cathedral. 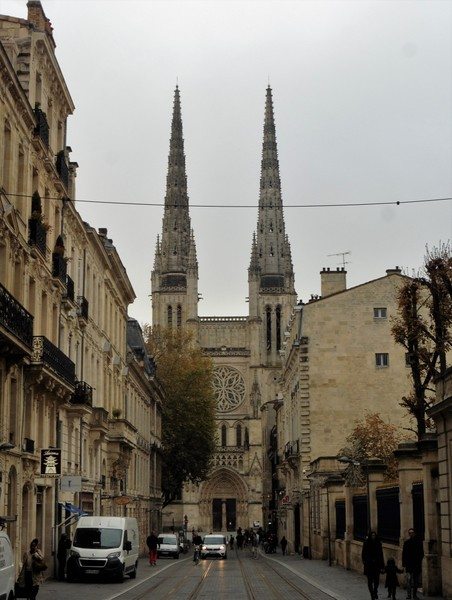 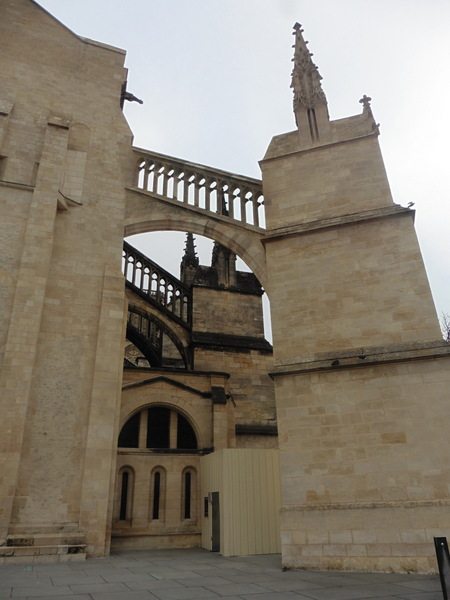 The Cathedral is designed in gothic architecture with twin towers on the facade and a high vaulted ceilings. On the outside flying buttresses support the high walls and around the knave chapels are attached. 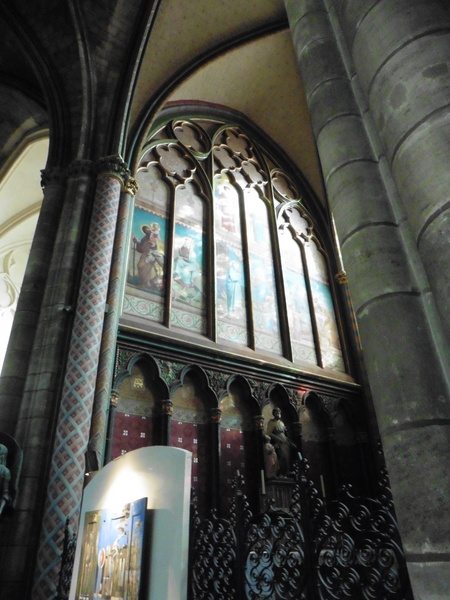 The chapels, including the archways, have been painted which give them a wall paper feel. Elsewhere in the cathedral a bronze statue of Jean of Arc carrying a Fleur de Lis proudly stands. 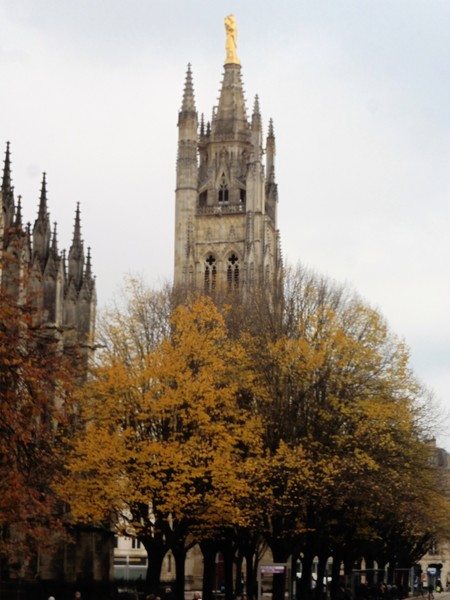 The bell tower, known as the Tour Pey-Berland, stands apart from the Cathedral. It was built in 1440 and was the tallest building in Bordeaux. Unfortunately it was closed so we weren’t able to climb up to the top and take photos.
Walking through the streets from the Cathedral it was quite obvious that a lot of money has been spent in the centre of the city. Beautiful Haussmann style buildings lined the streets with facades of dressed limestone. 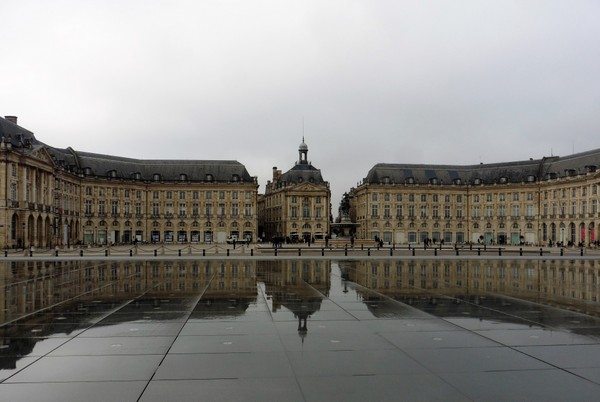 We checked out the Opera House with its greek style columns before heading to Place de la Bourse to see the famous Miroir D’Eau. The Miroir D’Eau is supposedly the largest reflecting pool in the world. At two centimetres deep the water creates a giant mirror reflecting the Haussmann style buildings of Place de la Bourse. It covers an area of about 3,437 square metres. 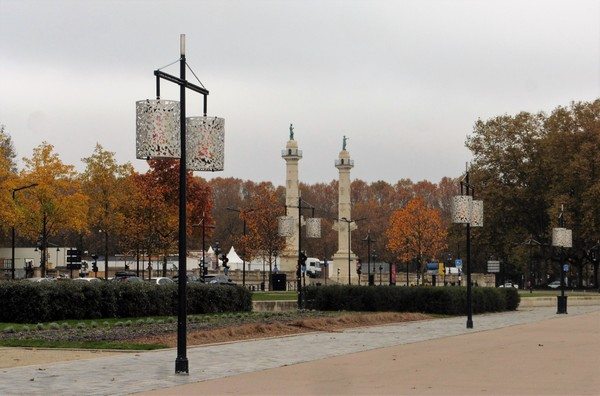 On either side of Miroir D’Eauare gardens with decorative lights which are lit up at night. 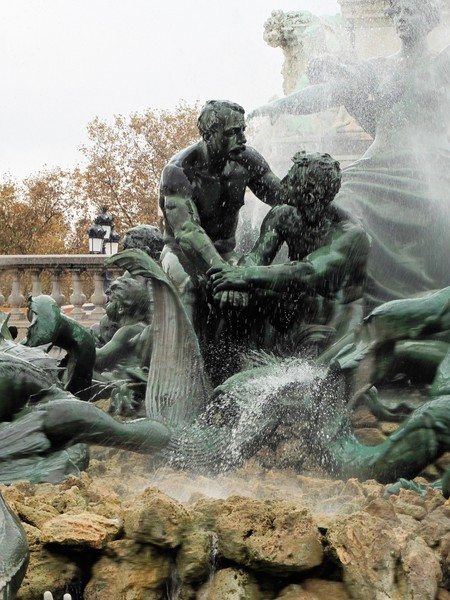 We took a stroll through the gardens as we headed towards Place Des Quincones. The feature is the massive fountain which celebrates the Girondin revolutionaries during the Third Republic. 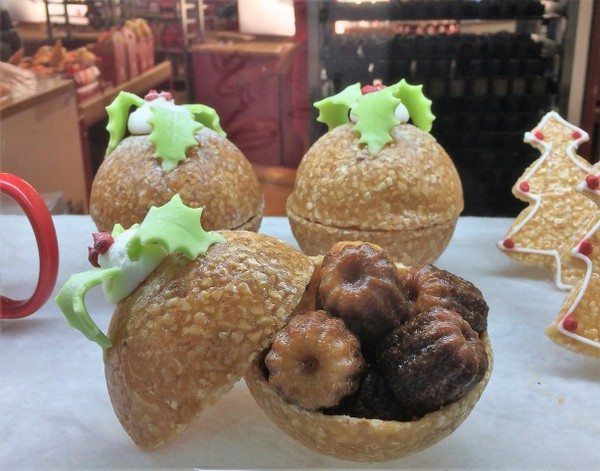 At a nearby cafe we were to sample one of Bordeaux’s famous Cannelés. A moist cake no bigger than an egg cup with a liquid centre. It was really delicious and melted in your mouth. We found a bakery which specialised in them where we watched them being made.
The rest of the day we spent exploring the heart of the city on foot. We also explored the riverside suburbs by tram. 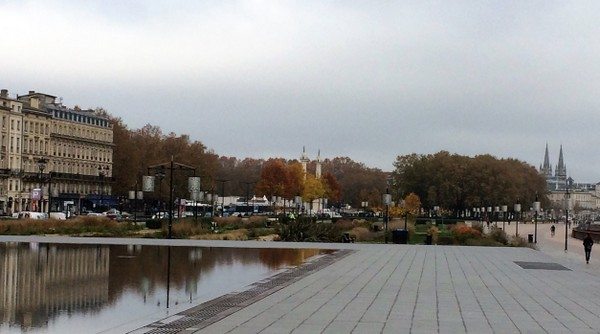 After dark we returned to Place de la Bourse to see the famous Miroir D’Eau at night, it was stunning but our photos not so. It was pretty amazing at night and the lights along the river were beautiful.

Travelling through Bordeaux at night lots of cafe’s and restaurants were overflowing with young people. As Bordeaux is a university city there’s a real sense of life throughout the city. Being in Bordeaux we couldn’t leave without at least trying the local drop. We found a burger bar and a bottle of Bordeaux. It was a pretty low budget setting but still nice.

By the time we arrived back at the AirBnB apartment, it was quite late. Tomorrow we head to the Dordogne region for a housesit in Larocel, not far from Bergerac. It should be a nice break.