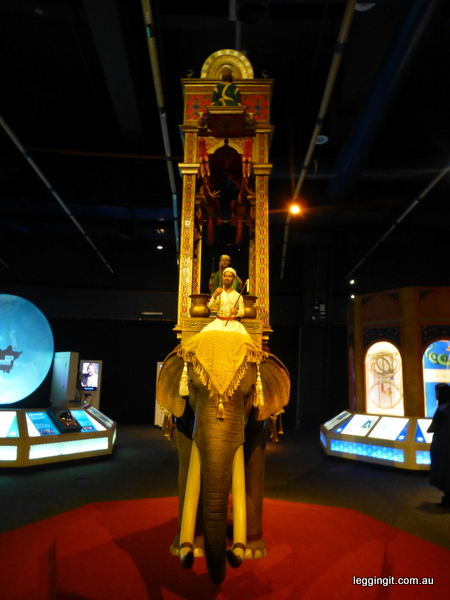 Another leisurely start to the day, breakfast of champions this time Roti with egg and onion and one with banana for desert…gotta love having desert for breakfast. The only drawback was the waiter tried to short change us 10 Ringgit, so won’t be eating there again, no matter how good the food was.

Today after much discussion we decided to head out to Pusat Sains Negara which is the Malaysian Science Museum. We had picked up a leaflet at the airport about an exhibition called 1001 Inventions which is all about the inventions discovered by Muslims during the so called Dark Ages so thought we would check it out.

First we got the train then a taxi out there, sadly there seems a lack of public transport but it only cost 14 ringitt (about $4.20) so not overly expensive. The taxi ride was through an area with huge houses and expensive cars.

The Science Museum was similar to Scitech, with lots of interactive displays for kids on the bottom floor and a huge walk through aquarium. We played on the displays for ages. As it was a school day there were no kids and no crowds so we had a play on all the displays. It was great fun being a kid again.

After a few hours we headed up to the second floor to the 1001 invention display. The display started with a short intro film with Ben Kingsley (of Captain Kirk fame) who gave a quick explanation how the dark ages in Europe coincided with a golden age of discovery throughout the Muslim world, with advances in medicine, astrology, technology time keeping and even an early attempt at flight. The display was really well presented with interactive displays, and video actors. We learnt lots of interesting information about things that are still used today in surgery. science even maths where our numbers come from and how they are actually a symbol of the angles 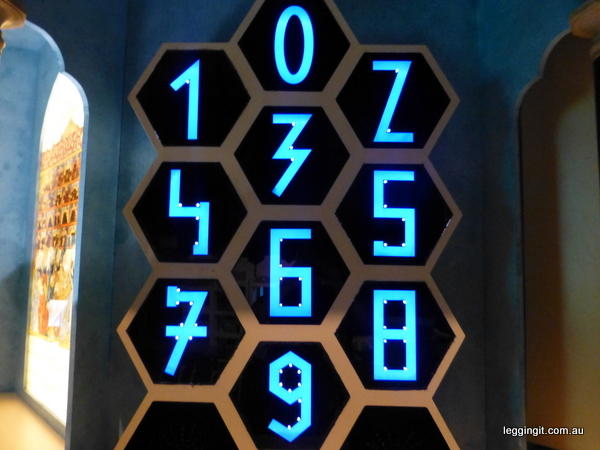 We were told the U83 bus left from the bottom of the hill near the entry gates, but after waiting for a while there was no sign of public transport or even a bus stop so we caught a cab back to KL Sentral. It was a nice drive past the new Palace with its flash gold domes and it only cost 11 Ringgit on the way back (for the taxi not the palace)

We decided to walk no further and had lunch at the food hall upstairs at KL Sentral. Michele had Chicken and Rice and I enjoyed a lovely Nasi Pattaya(chicken and Rice wrapped in a thin omelette with Chilli sauce on top).
After lunch it was back to the Hotel for a hard earned rest, and Michele slept until 730(Whoa she must have been tired)

It was dark by the time she awoke so we checked the map and decided to head out on the monorail towards Pettaling street to check out the celebrations at a Sikh Temple. After checking the map we promptly forgot to take the map and left it on the bench near the door, a decision we would regret later. We got off the train and followed the signs towards Chinatown which of course took us the wrong way. We wandered around for a while looking for street stalls and hawker areas but the place was really sedate and after a while the road became less populated, so we decided to retrace our steps a bit and head towards the next station. After a while we found the station and were on the monorail heading back towards KL Sentral. A late night Nasi Briyani for me and a Thosai for Michele finished the night off. Although Michele was laughing hearing me trying to order the Thosai. They couldn’t understand a word I said everytime I said Thosai, they even got another Indian to interpret but he couldn’t understand Me either, so he got the book and I pointed to it. They all said “ahhhh Thosai” (which sounded exactly the same as what I was saying lol)

So once again with full bellies we headed for the room after a fun day. Ron