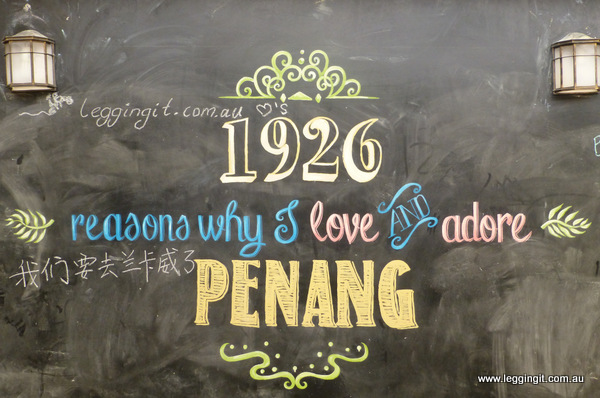 The day has cone for us to say goodbye to KL and move on to the next part of our trip. We have had a wonderful time and look forward to revisiting again soon

We spent Sunday taking it easy, we packed our bags and checked out then head to Sentral to put them in a locker until out train left at 930pm.

Onto a train to KLCC we decided to have a coffee and enjoy the view…we looked at DOME but the cost of a coffee was the same as at home so we decided to go to the Food court up stairs where it was a fifth of the price and the coffee was just as good.

Back onto the train where we were heading to Kampung Baru to meet the local KL couchsurfing group for lunch and our friends from Perth Sachi and Jinsi. It was great to see such and active community, travelers from a variety of countries and locals as well. Enjoyed a tasty lunch, good conversation and great company.

We then headed back to KLCC by train to the movies to see Walter Mitty, it was a bargain 36rm ($17 aus). We enjoyed the movies although not as much as we thought we would. Possibly because it is about making change in your life..which I suppose we have already done. Well worth seeing if you want to feel inspired though.

From here we headed back to Little India for a final meal, we wandered and found a place full of locals, the food was divine and desert of Roti Pisang served with condensed milk made Ron’s night.

Back to Sentral to pick up our bags and wait for our train. We had to change our dates and sadly when we rebooked there were no sleepers so we were going to be sleeping in seats the whole night. I sure learnt a lesson about Malaysian trains…they have good airconditioning. It was freezing I had thought I would be ok wearing what I do on the plane normal summer clothes and my wrap. I got my cardigan out as well however these were not enough…next time I will be wearing my thermals (hopefully we will not be without a sleeper again though)

Train left on schedule and was making good time until suddenly it stopped in the middle of nowhere for an hour not far from Butterworth. We have not idea why but we just sat there waiting, just as suddenly it started again and we arrived 40 minutes later at 6.30am instead of 530am.

A quick walk across to the ferry, a short wait and we were heading across the harbour to Pilau Penang. As were returning to the hotel we stayed at in August, we knew what bus we needed and arrived at 7.30am. We were hoping they would let us in, we had to pay a surcharge of $20 but we were happy to do that, trust me that shower was one of the best I have ever had.

Once we had showered and unpacked we headed across to our favourite breakfast spot where we enjoyed Roti Telur Bawang (Roti with egg and onion). As we were leaving the guy goes you haven’t been in for a while :-), nice to be missed.

We then decided to head into town and hire a bike so we wandered along, watching everyone going about their business and enjoying the breeze that was blowing through. Bike hired (Ron has named it Happy because it’s a Yamahaha) we hit the road straight to get petrol, they never have any fuel in them lol. The fun then started as the fuel cap is under the seat the lock of which in connected to the ignition, it wouldn’t open whatever we did and eventually after three staff members tried to help eventually it opened up.

We then went for a ride first for lunch, we headed for the sea and found this great lunch van right on the water selling nasi lemak and a few other delicacies, fed and watered for less than $3 you can’t complain about that.

We then headed out to the Snake Temple, last time we went here was on our honeymoon 24 years ago. My memories was of a tiny temple with really small green snakes on the alter…. today it is a lot bigger with buildings either side, the snakes have also grown (although Ron says they are the same), there were also shops surrounding it now and a snake farm…we were having a chuckle a middle eastern man was there with his wife and they had this huge python and wanted him to hold it for a photo, he was not keen at all. They kept telling him’he would look very brave when they sent him the photos to show his family’ and he kept declining, we left so are not sure if there is a photographic symbol of bravery winging it’s way to him or not.

Back on the bike we tried again to find the War Museum with not luck however we did find the little roadside cafe we stopped at last time so popped in for a drink, it was rush hour with heaps of kids finishing school and lining up for cool drinks served in plastic bags with plenty of ice and a straw. Ron tried to order Teh Terik but was out of luck so he had Kopi-O, while we were sitting there he also found some shortbread type biscuits filled with some sort of jam. We really enjoyed them and went to pay, the box had 5rm on them and with the coffee and water it came to 2rm. Ron paid her 7 and she gave 5 back so still confused about that one.

From here we headed home via the scenic route (read we took the wrong turn in the one way traffic). Popped in to see my fruit man no pineapple but some lovely mango and star fruit then home for a swim….now we are just discussing dinner, we have found a copy of the Penang Food Map and marked off what we have had in the last few visits so the challenge is to try everything before we leave on Thursday.

We set off for dinner using google as our guide, as we were walking along we saw a seafood restaurant but it looked odd so we wandered over (as you do) and it turns out you catch your own prawns and a heap of locals had fishing rods in a pond catching them. we were encouraged to join in but were a bit hungry so kept going. As often happens with google we did not end up where we wanted so after walking for a while we ended up at one of the local food centres…I had Prawn Mee a spicy soup with prawns a noodles and Ron had traditional Chicken and rice (cooked in Soy Sauce) both were very tasty.