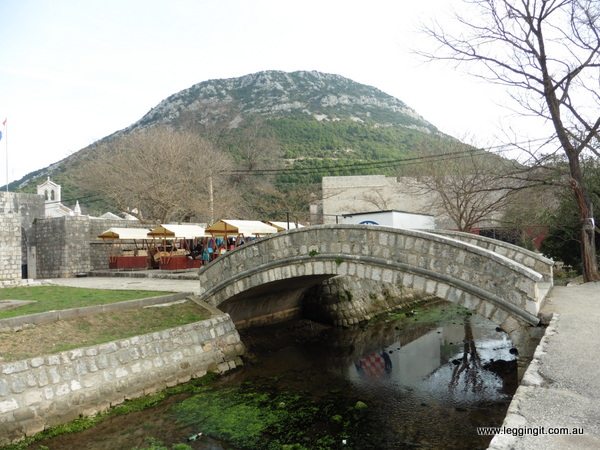 We haven’t really clicked with Neum yet so today we’re heading back to Croatia to visit  Ston  on the Pelješac peninsula which is not too far away down the coast. Riding down to Ston our first stop was the Croatian border where the border guard flicked through our passports, reading out stamps and visas to his offsider. He was really impressed which made us feel pretty chuffed.
The ride down was really scenic with views across the bay to the Pelješac peninsula. All through the waterways were lots of buoys in rows marking out mussel farms. 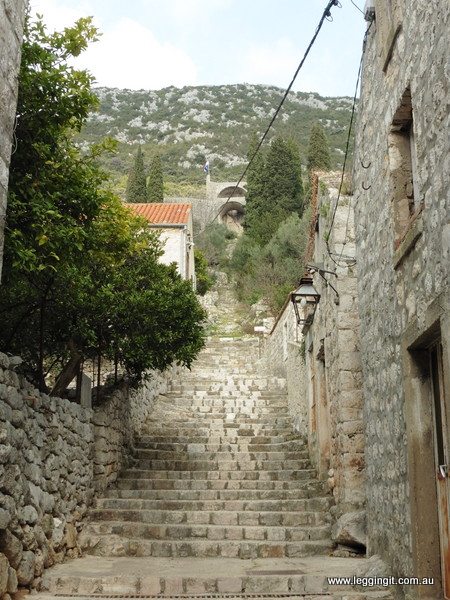 Ston lies at the head of a bay on a narrow part of the peninsula. For about 4,000 years it’s been a major site of salt production throughout the region. It produces enough salt to provide half of Croatia’s domestic consumption. As we’ve discovered in our travels throughout the mediterranean, in days gone by salt was one of the most valuable resources. Even today we still use expressions associated with salt, such as when describing someone who is great we say they’re “worth their salt”. People were even paid in salt and our hand gesture for money (rubbing fingers together) is simply the gesture for sprinkling salt, turned upside down. 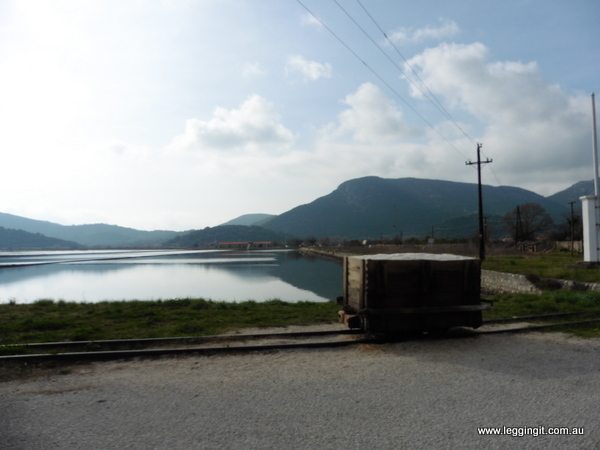 The salt pans at Ston were so valuable that in 1359 fortifications were erected, including the Croatian version of “the great wall of China” stretching from Ston, around the hills down to the port of Mali Ston (little Ston). 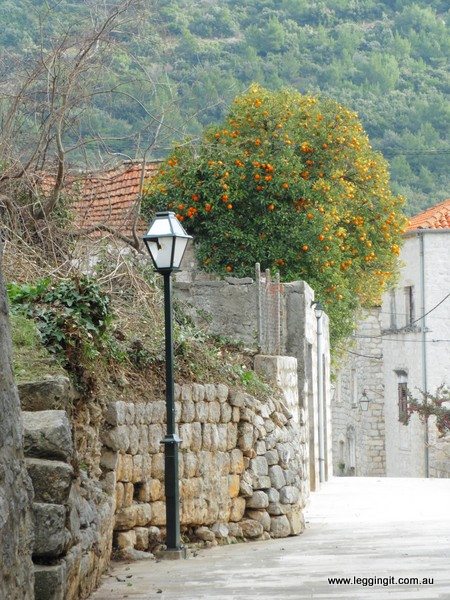 We took a break in Ston and enjoyed a coffee before taking a walk around the cobbled streets of the old town. Like many places in Croatia off season is the time when repairs are conducted, so repairs were being undertaken on the old church and city walls. 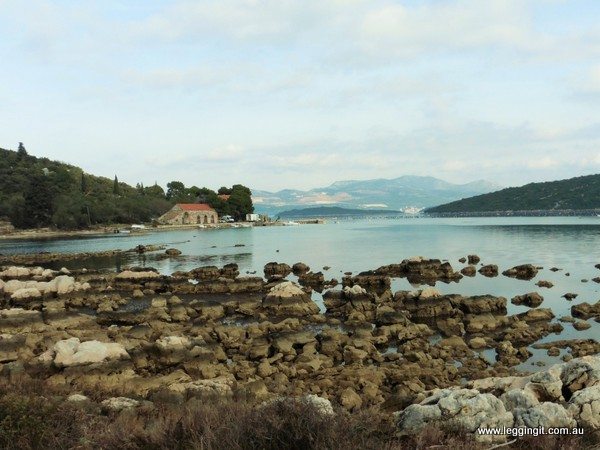 We took a ride along the Pelješac peninsula which we found quite surprising. The terrain of the peninsula was unlike any of the others further north. Instead of being barren and desolated, in many places vineyards had been established. Our travels took us through Žuljana along the coast and back over the burnt out pine hills to Orebić. Along the way we found a great little Konoba full of locals where we stopped for pizza. Once again we agree on one thing “Croatian Pizzas rock!” 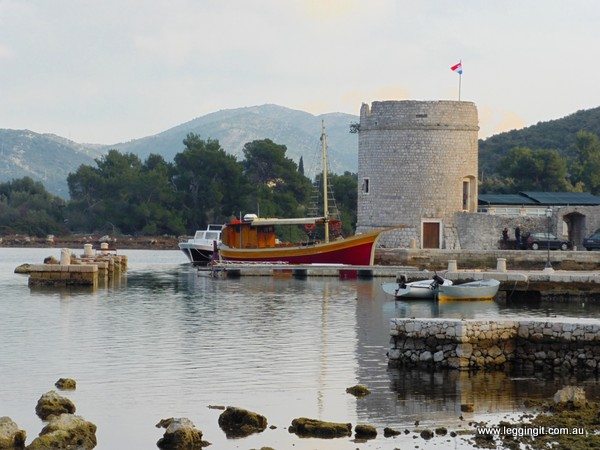 As the day was getting late we headed back to Mali Ston and took a ride around the old port. It was like being back a hundred years with an old sailing ship tied up next to the old fort. Looking around Mali Ston we decided that it was definitely a place worth another visit so hopefully we’ll be able to pop back.
On the run back to Neum we had to stop to go back and search for a missing camera cover which Michele thought had blown off her neck. We covered about 5 kilometres without finding it so eventually just gave up. Arriving back in Neum, Michele had some good news the camera case was hanging off the back of her neck. Looks like we won’t be using a plastic bag as a cover now.

Tomorrow we’re going to explore a bit of Bosnia and Herzegovina hopefully we’ll get a better feel for the country.