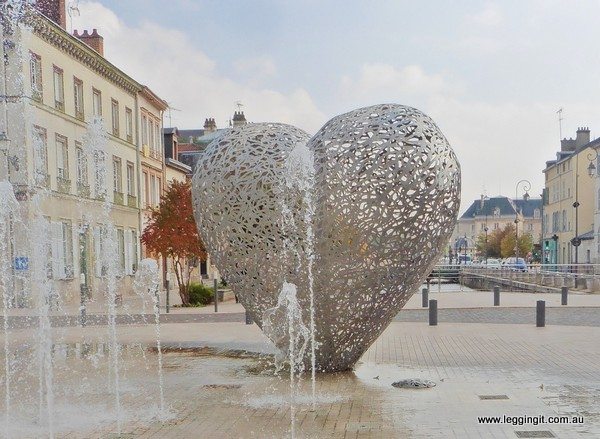 Troyes is probably not on most people’s travel destination but after a Greeters Tour we are wondering why not?
We met Claude from Greeters at the train station and proceeded on our tour of the city. It was a tour which took us around the sights and history of the city.

Troyes is the former textile centre which until recently was home to some of the major French brands. These days just outlet stores remain with the factories being moved to countries where wages are lower. The factory chimneys stand as silent sentinels over the city whilst the abandoned factories are in the process of being converted into swanky loft apartments. With the decline of the factories the local unemployment rate is pretty high and it seems that many of the employed residents of Troyes commute to Paris daily by train. The carparks and streets surrounding the Gare substantiate the numbers who park their cars to catch the Paris bound train. 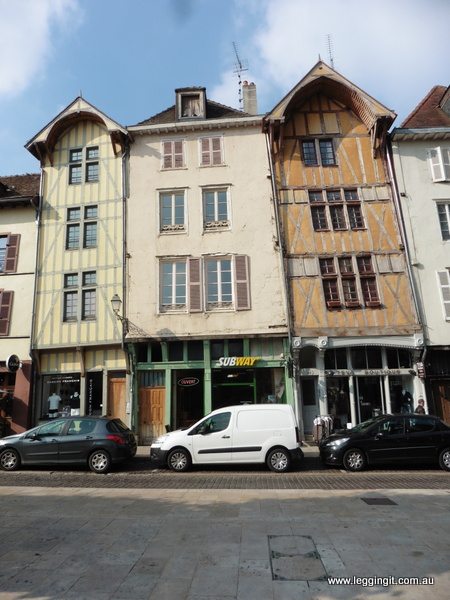 It seems a shame really because Troyes is such a lovely city. It’s said to be the largest Gothic city in France and judging by the amount of wooden buildings it’s hard to argue against it. The big fire of 1524 destroyed most of the timber buildings of the city so all the current buildings date from post fire. It’s wonderful to see how some of the old buildings are being renovated and rejuvenated. Some of the trendy restaurants remove all the clay between the roughcut beams leaving them exposed then simply line the inside with glass panels. It’s terrific with the old style feel but great street views. The central part of Troyes follows the shape of the old city wall, is shaped like a champagne cork (which is quite fitting as it’s part of the Champagne region). 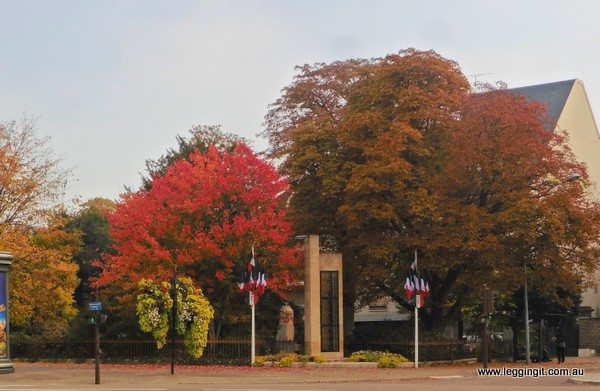 The city walls have all gone, replaced in many parts by parks and gardens. Troyes city is in the centre of an important trade route so became very wealthy. Its also where we get the term “Troy weight” the measurement for gold. Apart from old wooden buildings there’s nine city churches, with different interesting features. Sainte-Madeleine has an elaborate stone rood screen dating from the early 1500’s and beautiful stained glass windows. Sainte Remy Church meanwhile has a twisted spire, a sundial and a one handed clock. The Saint-Urbain Basilica was built by a Troyes local, Jacques Pantaléon who became Pope Urbain IV in 1261. 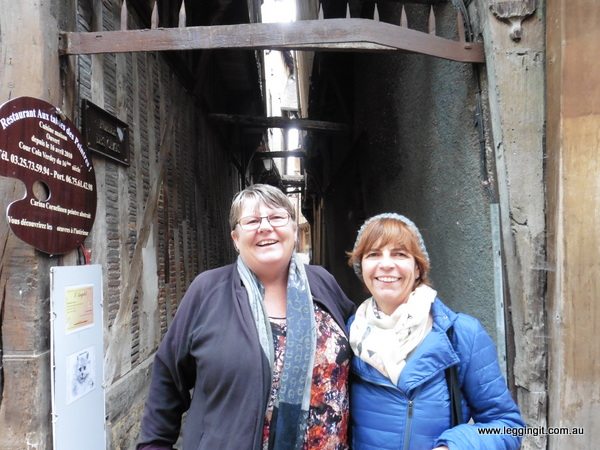 In the main mall, Cat lane is an interesting discovery. A tiny lane between old buildings with support beams across the lane which cats have used for centuries to cross from one side of the lane to the other. 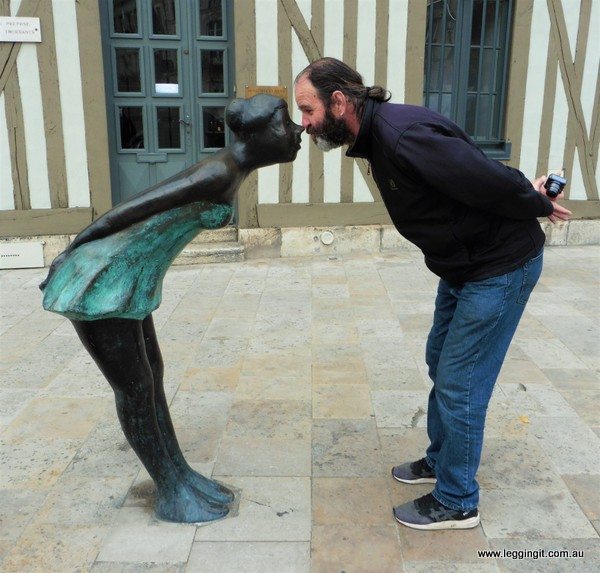 Around the city theres lots of quirky things to see including the art installations along the canal which are part of the local mayors rejuvenation of the city. There’s a few nice art galleries and museums including an Apothecary Museum and the Maison de l’Outil et de la Pensée Ouvrière. 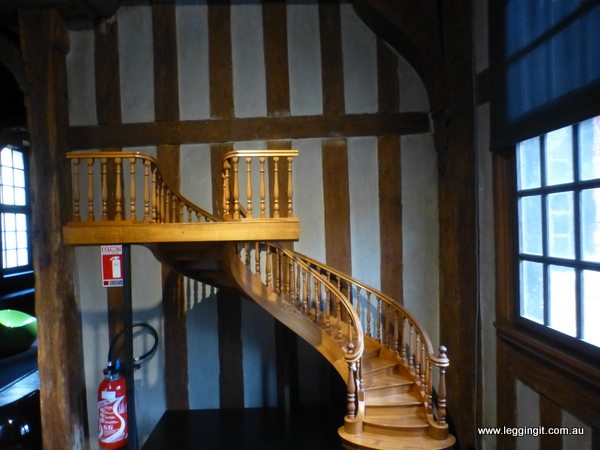 It’s a museum dedicated to manu al trades, a bit like the Compagnion Museum in Tours. It’s housed in an old half timbered medieval mansion with the bottom half built in the traditional chequer-work brick and chalk. Wow, what a fabulous museum with all sorts of tools on display. Ron spent half a day in there alone wandering around with an audioguide while Michele took the chance to finish her book :-).
The Greeters Tour was a great introduction to Troyes and Claude was a wonderful guide. If you are heading to Troyes you can book a tour here .

Greeter tours are run by volunteers and are free.