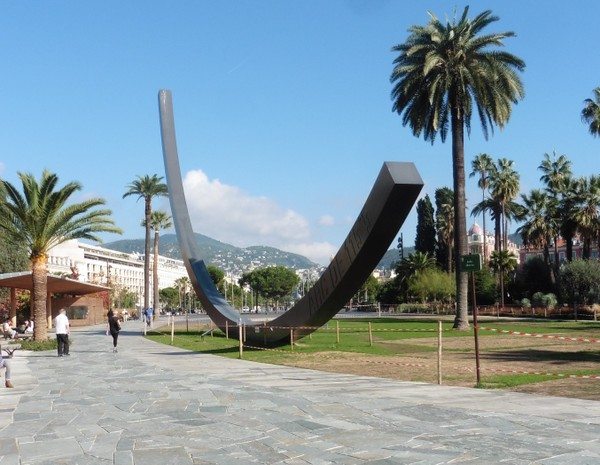 We caught the train from Monaco to Nice today to catch up with Pierre for a Greeters Walking Tour. Monaco’s ultra modern underground station is not far from the centre of the city, set into the cliffs overlooking the harbour. The train ride is spectacular as it winds along the coast as it makes its way into Nice. There’s some great views of little villages, bays and rugged coastline. Arriving at Gare Nice Ville we took a stroll towards the beach to Place Massena where we met Pierre. Around Place Massena and along Avenue Medecin old Italianesque buildings front the street.
Nice is another of the many European cities to reinstall trams. We caught an ultra modern one up Avenue Medecin. It was a great way to take in all the beautiful architecture. The Nice city council have special building codes for all the heritage listed buildings. There are only certain tints of paints which can be used on buildings from each different period of time and architectural styles, like baroque, renaissance etc. 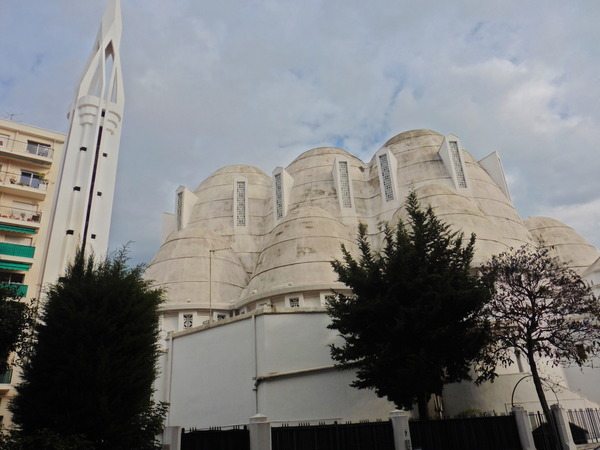 One of our first stops was an intriguing domed building. Eglise Ste Jeanne d’arc is an interesting piece of architecture with eight concrete domes supporting three domes which form the roof. The 64 metre high bell tower stands separate from the church and gives an interesting contrast to the curved roofs. The church was built back in the 1930’s from reinforced concrete. They used an interesting technique with the base thickness of 45 cm’s but with only 8 cm’s at the top of the domes. The church is completely white washed giving the impression of an ancient orthodox shrine. However, the church currently is locked in a battle with the painters. It seems that when the painters last repainted they did a bit of a shoddy job, hence all the mildew coming through the paint.
Inside the church is some quite fabulous art which is a mixture of cubism, Italian cuartro centro, and Byzantine styles. Definitely a great place to visit. 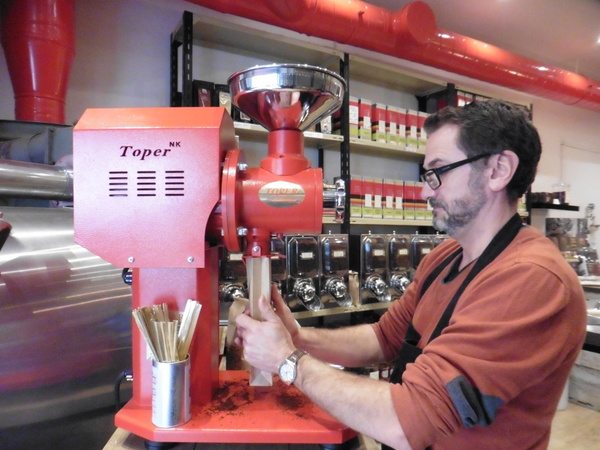 Making our way along Boulevard Joseph Garnier we stopped off at Cafe Maori, where they grind and sell coffee. They also sell tea and herbs. It’s a great little cafe with street seating which offers you a taste of freshly roasted and ground coffee. What a treat.
A Colombian blend really took our fancy so we ordered a bag and watched as it was carefully ground. There was a lot more care and pride taken by the grinder to produce a superb product. A lot more care than us back in the old days when we’d pick a bag of coffee beans and put them through the grinder at Bi Lo. We’ve been enjoying the Maori coffee made in our own Cafeteria since. 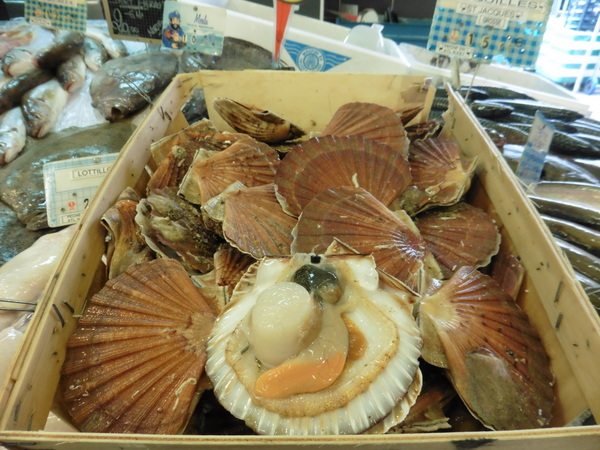 After our coffee we returned to Place Charles De Gaulle which is a hub of the fresh food markets. Across from De Gaulle’s statue along Rue Fl. Raiberti is the city markets. The covered markets have been around almost as long as the city. Markets really are a European specialty and people shop daily at their favourite butcher, fishmonger, or Boulanger. All along Avenue Medecin the street is lined with market stalls. The markets stretch for almost a kilometre so there’s so much to see and choose from. 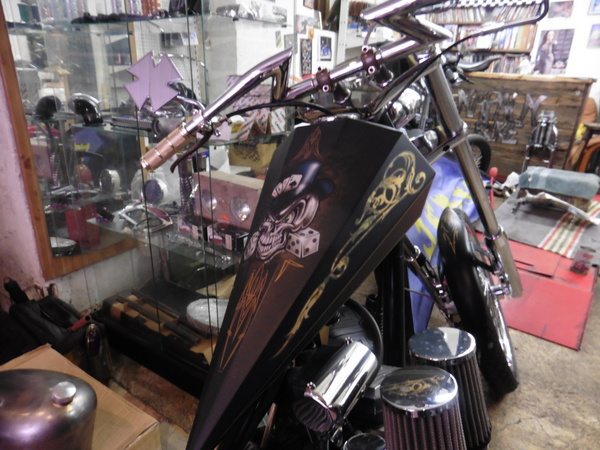 In Rue Raspail we visited Napalm Bike, a custom bike shop specialising in Custom Harley Davidsons. They had a variety of bikes from choppers, bobbers to 1200 Sportsters all with custom accessories and paint. The guys were really impressed when we told them about travelling around on a Deauville saying the bikes they deal with hardly ever get ridden as are mainly for show.  I would’ve loved to take one of their bikes for a cruise along the coast.
Not far from Napalm Bikes we stopped at a local music store which specialised in sheet music. There was also all sorts of musical instruments from Fender Stratocasters to Chinese didgeridoos.
Another interesting stop was a local clock repairer. In an age of repair by replacement there are still some real tradespeople who are willing to work on grandfather clocks. 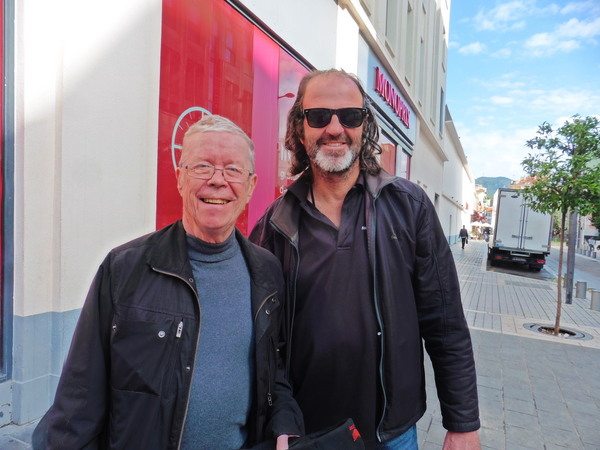 As we headed back towards Avenue Medecin, Pierre pointed out quite a few local restaurants which after examining the menu were quite reasonably priced. He pointed out the cheapest, the best tasting and the best value for money. We even popped into a fabulous restaurant decorated like a provincial garden. One of the ladies there had a son in Australia so was quite happy to invite us in for a look around.
It was interesting being introduced around the city by Pierre, almost celebrity like. After a lovely stroll through the city it was time to part ways back where we started our tour.

Reflecting on the Greeters Tour it struck me that this tour wasn’t about visiting the monuments of the past like most tours, but rather getting a real local feel for the city. It was like going out with a friend doing their shopping. We discovered great markets, where to buy the best food, coffee and wine, good restaurants, music shops, watch repairers, churches and how to use the local transport. It was the perfect introduction to such a wonderful city.

If you are ever in Nice maker sure you book a Greeter tour and visit like a local too,