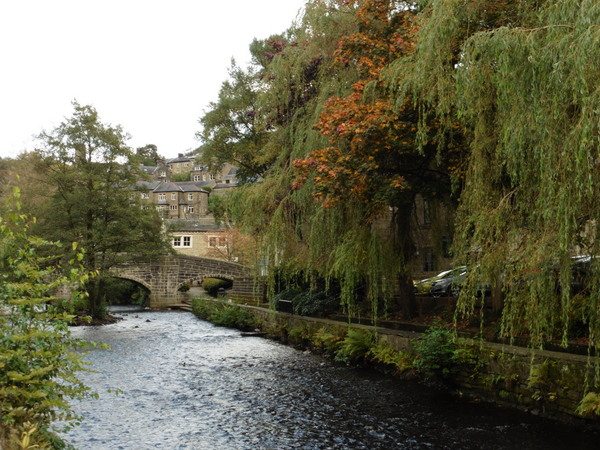 Heading south from Morpeth, our plan was to have a couple of stops the first was Hebdon Bridge. The weather was cold and chilly this morning so we were well rugged up. Over the last week the chilly autumn weather in Northumberland has really settled in.
Once again as we passed through Durham farmers were out turning over their soil and planting winter crops. They must be the busiest farmers in the UK at the moment. The last time we passed through this area they were all out in their fields.

Lots of the fields were covered in winter grass and sugar beet. Passing into Yorkshire we were struck by just how beautiful the area is with lots of hills and dales. Occasionally we’d pass through old mill towns filled with grey stone brick houses. The red brick chimneys of the old wool mills standing as a silent reminder of the glory days of the town. The other feature of the Yorkshire towns was the canals which were once the trade link to the cities of Bradford and Leeds.
The route passed Knaresborough where a few years ago we visited Mother Shipton’s Cave and stayed nearby at Wetherby. We always promised to return to Wetherby for the Great Wetherby Duck Race and hopefully we will next year.
Our route also took us around some of the bigger Northern England industrial cities of Bradford and Leeds. The high rise buildings sticking out like teeth really was a change after all lower two storey buildings of the smaller towns. 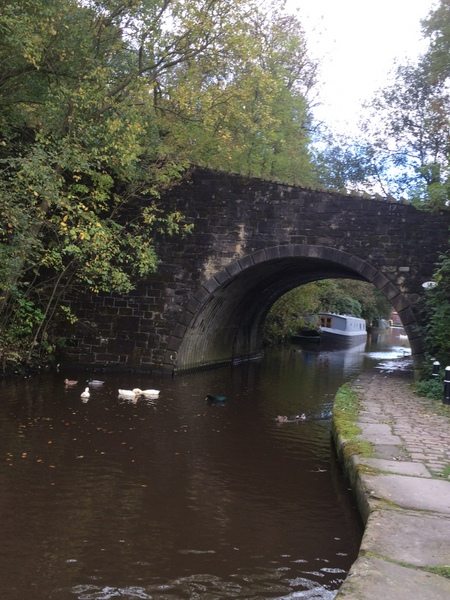 Our first stop was Hebdon Bridge, an old weaving town on the Rochedale canal. The town was known as “Trouser Town” during the 18th – 19th century. Due to all the fast flowing streams around the valley, Hebdon Bridge was the perfect site for water powered wool mills. It was on the canal connecting to Manchester and also the railway. The old weaving mills have all closed down with just the chimney stacks serving as a reminder of former times. 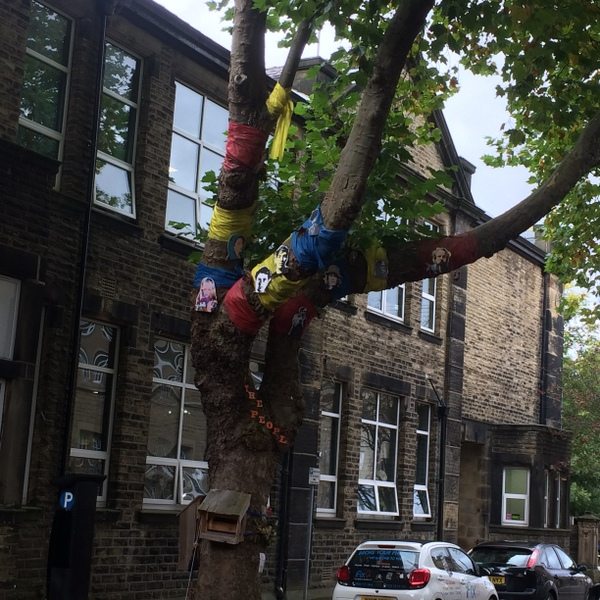 In the seventies Hebdon Bridge became an artistic centre with lots of the old warehouses along the canals converted into studios. Throughout the town all sorts of artists run funky shops, galleries and cafe’s. It really gives the place a laid back feeling. At the local restaurants and cafe’s there’s some real variety of food too. We found a nice little book cafe serving a fusion menu. Hebdon Bridge has become a popular tourist destination however at this time of year it’s pretty quiet. So the perfect time to visit. 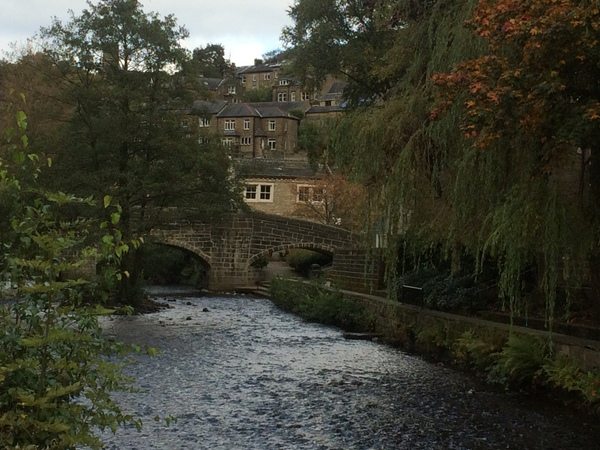 After walking along the canal and checking out the town we headed towards Burnley to find the Singing Ringing Tree. 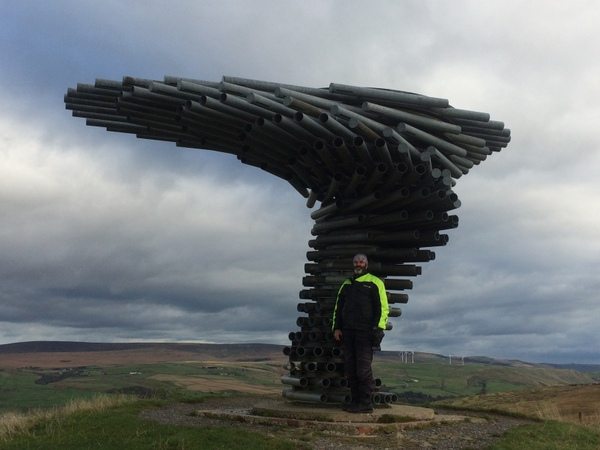 Set on rush covered hills overlooking the nearby town of Burnley, the Singing Ringing Tree really is quite unique.
Designed by Tonkin Liu architects, the Singing Ringing Tree is one of four panopticons in the East Lancashire Environmental Arts Network (ELEAN). The Singing Ringing Tree is a series of steel pipes cut at different lengths to create a tree. The sound is generated by the wind blowing across certain pipes which have been tuned to produce noise. Despite a slight breeze blowing whilst we were there the tree was neither singing or ringing. However, it’s beauty set against the dark stormy skies was well worth the detour. 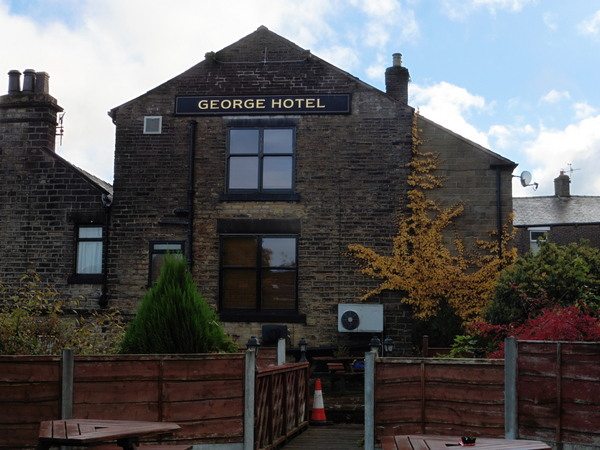 As we headed towards Hayfield we passed over rolling hills dissected by neat dry stone fences. It was a nice ride although quite chilly as the rain clouds sunk lower and lower. Luckily we were able to beat the storm and arrived at Hayfield just in time. Hayfield is home to mountain rescue who operate in the Peak District. Behind the George Inn is the rescue centre and from the George Inn are views of the nearby mountain of Kinder Scout. It’s one of the mountains they operate on. We stayed overnight at the George Inn and it was nice staying in the old pub. The George Inn is the oldest pub in Hayfield and is a favourite stop over for walkers in the Peak District.

Tomorrow we head through Derbyshire and re-visit the plague village of Eyam as we head towards Wales.