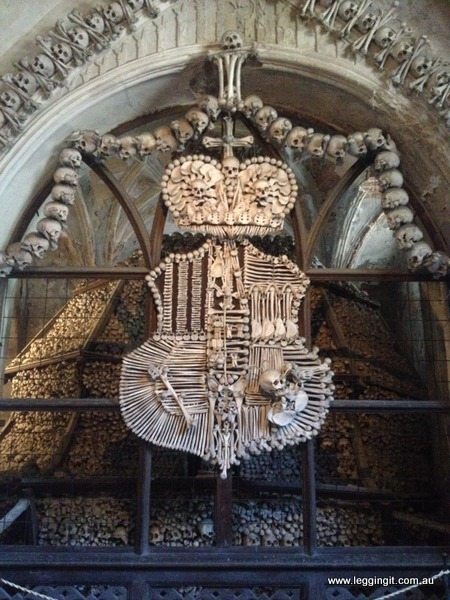 Today we were up early with our bags packed because we’re going on a road trip. Our friends Gerry and Deb picked up the little Audi from Sixt car hire on the night before last so today we say goodbye Prague (Praha) and hello open road. Even though its been wonderful staying in Prague it was even nicer to get out in the countryside. It’ll also be interesting travelling with other people again. Well to tell the truth it was great fun as we chatted and laughed the whole way. 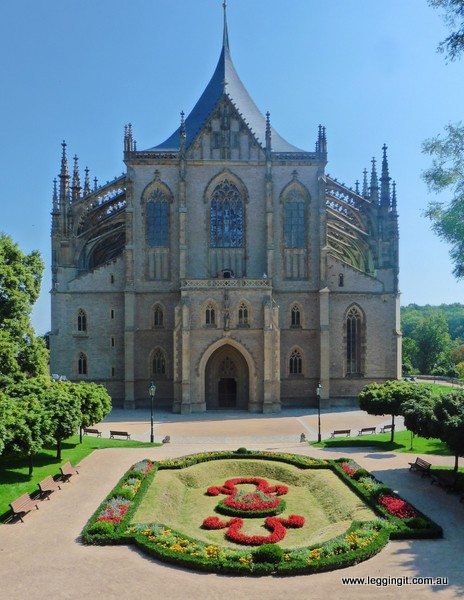 Our first stop was a little place called Kutná Hora. Well it turned out not to be so little as the town was the fourth largest silver producers in Europe many years ago which is quite evident in its buildings. Our tour of Kutná Hora started with the Cathedral of St Barbara a Gothic building which has to be seen to be believed. All the bottom of the cathedral is classic Gothic with high arched windows, elaborate carved spires, flying buttresses supporting the walls, gargoyle drain pipes watching from the roof. The roof is the most fascinating part of the building as the styling doesn’t match the bottom of the building. Three conical roofs taper to spires in an almost east meets west architecture. The cathedral really is a photographers dream. 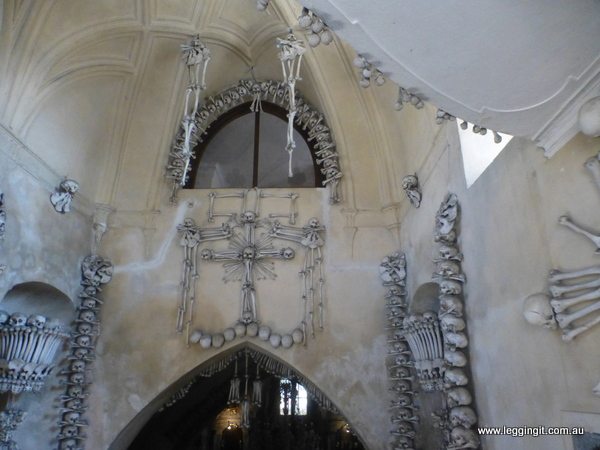 We skipped the centre of town which if we had more time we would’ve visited because there’s supposedly some great old buildings and a place column there. However, the one place not to miss is the Sedlec Ossuary (Kostnice v Sedlci), which is not far from the other Cathedral of Assumption of Our Lady and Saint John the Baptist. 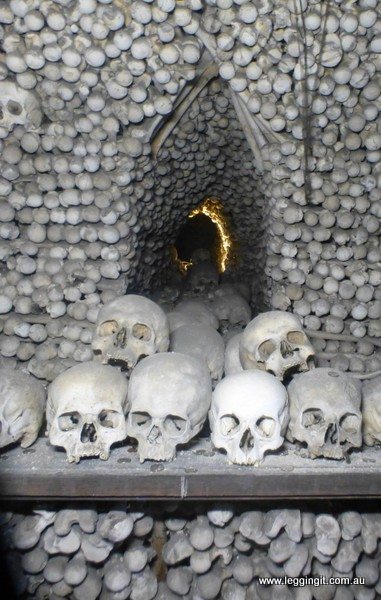 According to legend in 1278 a handful of earth from the mount of Golgotha, in Jerusalem was brought to Sedlec and sprinkled over the cemetery. This transformed it to part of the Holy Lands so suddenly the cemetery became a very sought after spot to be buried in. In the 15th century the majority of the graveyard was resumed and the bones of about 40,000 people were brought to the underground chapel. The chapel also includes bones from the plagues and the Hussite Wars where about 5,000 locals lost their lives. In the 1700’s the chapel was bought by a private buyer who transformed the piles of bones into stylised piles. Skulls were wired together to form gruesome garlands before being hung from the ceiling and thigh bones mixed with skulls to make elaborate decorations.

Over the years it fell into disrepair before being given a facelift recently to cater for the bus loads of tourists who visit every day. It really is fascinating on the gruesome sort of way.
Seeing all those bones really gave us an appetite so we headed towards the centrum. Lunch in town was not to be, despite going up and down a heap of narrow cobbled streets which all seemed to lead into dead ends we couldn’t seem to find a place open to have lunch. Time to leave town and find a place along the road. 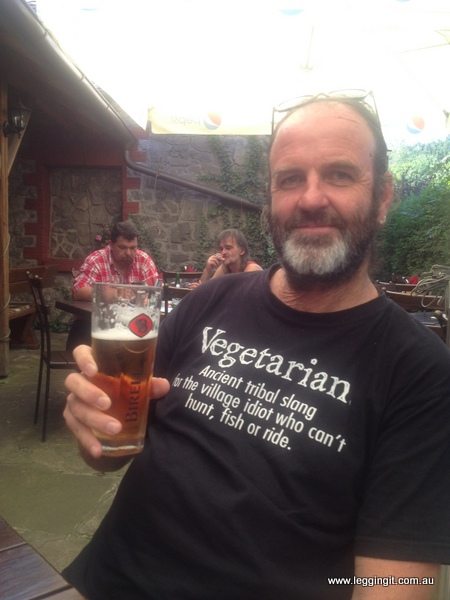 Travelling through the countryside was really great with all sorts of crops growing in the fields, and farmers busy plowing fields in preparation for the forecasted rain. Apple trees lined the roadsides and we were so tempted to stop and pick some. Eventually we found a nice restaurant which served a mixture of local and international dishes. It was a great day to be sitting out in the sun enjoying a meal.
Arriving in the outskirts of Olomouc we found our apartment was in an old communist era block of apartments surrounded by apartment blocks of similar appearance. The only distinguishing feature was they were all painted different colours and some very different. After tea we settled down to a night of cards, teaching Deb and Gerry how to play some old favourites ‘Hello Jack’ and ‘Bubbles’. They returned the favour teaching us how to play ‘whist’ which we all enjoyed. Tomorrow we explore Olomouc.