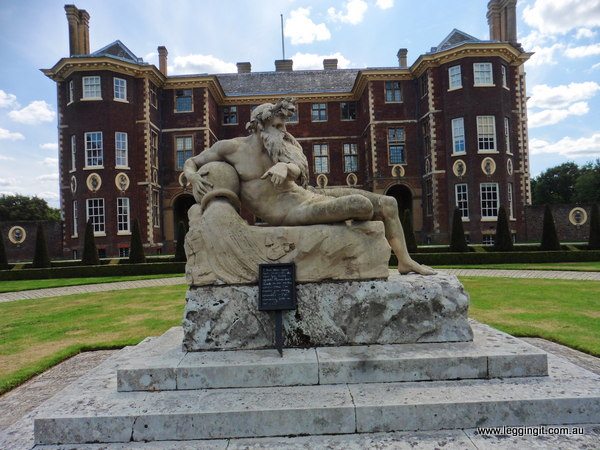 Today we took a trip down to Richmond, to visit the National Trust property of Ham House. Ham House and estate is situated on the Thames at the village of Ham.

Ham House and estate is the creation of William Murray, the First Earl of Dysart and his Daughter Elizabeth, Duchess of Lauderdale.

William Murray, as a child, was educated with King Charles 1 and held the dubious position of being his whipping boy. Back in the 16-17th Century the King ruled by divine right, which meant they were appointed by god. Hence, the only person who could punish the kings son was the king himself. Whenever the young prince misbehaved or fell behind in his schooling his whipping boy was punished in his place. (And you thought your school was bad)
The pair remained friends into adulthood, which is probably understandable after William took all of Charles’ beatings. In 1626 William was gifted the lease of Ham House and the Estate by the King. Ham House and Estate originally belonged to the princes older brother who unfortunately died before he became king. It passed through a few hands before it came to William Murray. When Charles was deposed by the parliamentarians William signed the lease over to his wife and she was able to save most of the estate. 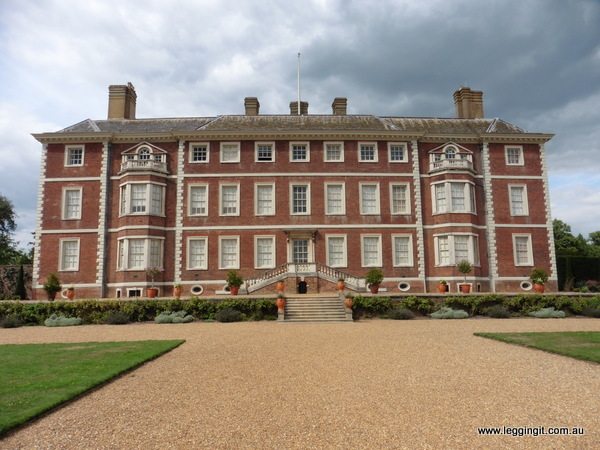 These days it’s a well preserved example of a mansion of the Stuart period. The house remained in the Tollemache family until it was gifted to the Natonal Trust in 1948 and contains 400 years of collections.

Arriving at the entrance the first thing which is quite striking is the 40 odd busts around the red brick facade and surrounding garden walls.

Entering the great hall you’re transported back to the 1600’s with life size portraits of former residents with hair that 1970’s hard rockers would be jealous of. 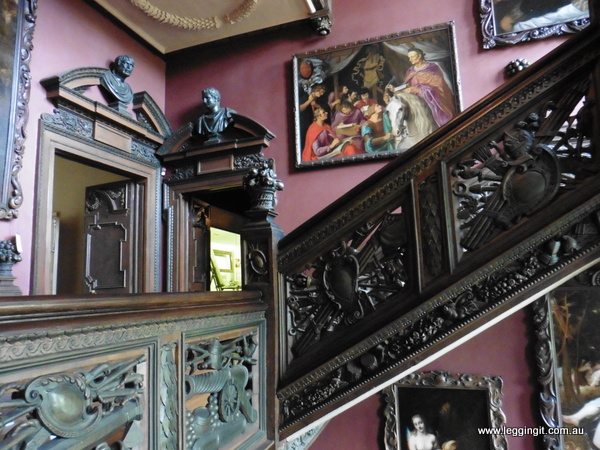 The large size paintings also line the beautifully carved wooden stairs at the end of the hall.

Upstairs the long music room, (long enough to play cricket in) was also lined with portraits, almost like a gallery. 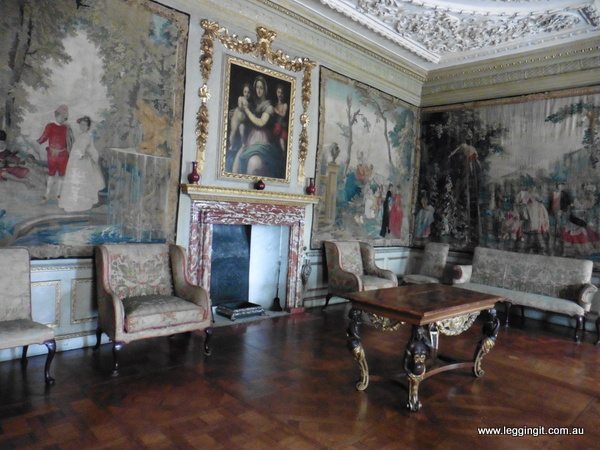 The adjoining rooms were beautiful with monogramed parquetry floors and brightly coloured cloth wall covering. The queens bedroom was stunning with greens and golds surrounding the four poster bed and a golden highlighted plastered ceiling based on the palace at Palmyra. The ground floor bedrooms overlook the gardens and belonged to the Duke and Duchess of Lauderdale. Its said that the duchess had ideas of cleanliness that were ahead of her time and in the basement her old bathroom contains her former tub. Also below stairs displays told the stories of the former servants of the house. There was also the Still house, a room used by the duchess to prepare herbal remedies. 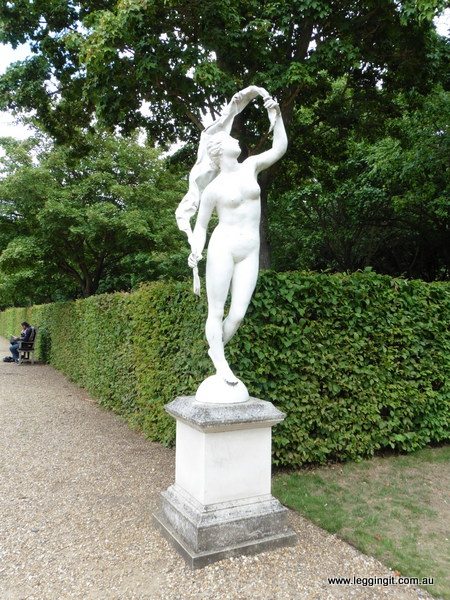 At the rear of the house the raised promenade looks down over the Plats, eight square lawns. In former times maintaining grass was expensive and the Plats was the Lauderdales way of showing off heir wealth. Beyond this the wilderness lay. It was a large rectangular section of trees and shrubs divided like a Union Jack with picnic spots and summer houses.

Alongside the house a gap in the hedge leads to the Cherry Garden, the duchesses private garden filled with lavender and santolina and arranged in a geometric shape. It’s an interesting setting with a low hedge surrounding it on two sides with an arched tree covered pergola providing a window into the garden.
Surrounding the house the out buildings which formerly held the bakery and laundry now house gift shop, garden shop and library. We stopped for lunch at cafe which is housed in the old orangery which overlooked the kitchen garden and it was magnificent enjoying the sun in the garden. 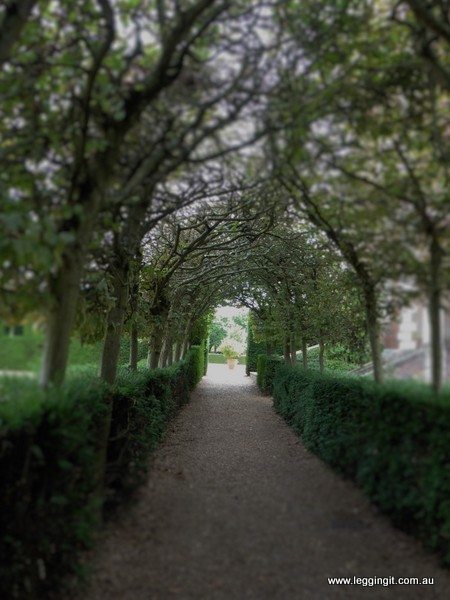 Finally after our visit we took a stroll down to the Thames much like the former owners would’ve done hundreds of years before. It’s a great setting for a wonderful House and estate.