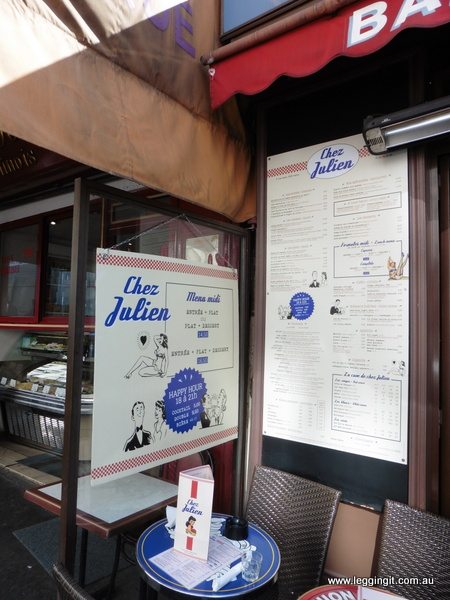 After winning a competition earlier this year, today we combined two of our favourite activities -walking tours and food. We  joined Culinary Tours of Paris and enjoyed eating our way through Montmartre.

Arriving at Abessess Station we were met by John-Paul and Julie, our guides for today. When I met John-Paul I was taken aback for a moment, for with a name like John-Paul I was expecting him to be French. I was totally confused when he spoke as he was actually American. You know what it’s like when you build up a mental picture of someone. I’d contacted him by email and didn’t think anything about the flawless English of his email.

Well we soon met everyone else on the tour 4 Americans and 4 Australians. It was a magnificent sunny day and all the cafe’s and restaurants along the street were spilling onto the street. After introductions we headed of towards our first stop.  It was really nice the way our guides chatted with everyone to make everyone feel comfortable. Along the way Julie and John-Paul pointed out the best places to buy fresh fruit, vegetables and meat sharing a little of their vast local knowledge. 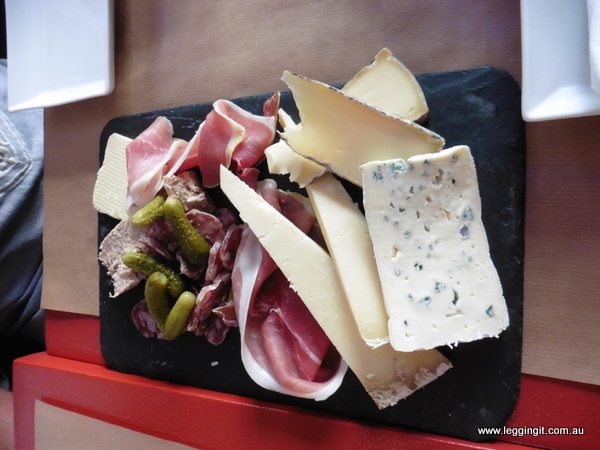 Our first stop was a small restaurant where we shared a charcuterie board. For first timers in France or even seasoned travellers it was a great way to start the meal. The charcuterie board was accompanied by wine which our hosts gladly told us about the region, along with some history where the food and wine was produced.
After our entree we set off back up the street towards the steep streets of Montmatre. Along the way John-Paul and Julie told us the stories of Montmatre and some of its famous residents. Most people around the world know the Moulin Rouge (Red Windmill) famous for its dancers but around Montmatre there were at one time there were about 24 windmills. 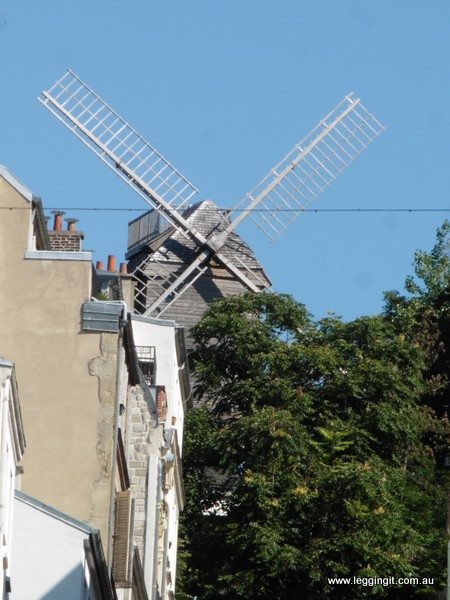 Many years ago Montmatre was an area which quarried gypsum to produce Plaster of Paris. Many of the mills were used to grind the gypsum into a fine powder. These days there’s just two of the original windmills left.

Back in those days Montmatre was a pretty rundown suburb where rents were low so of course the place was full of struggling artists. We were entertained by stories of Vincent Van Gogh, and Paul Gauguin who may or may not have been involved in the cutting off of Vincent’s ear. 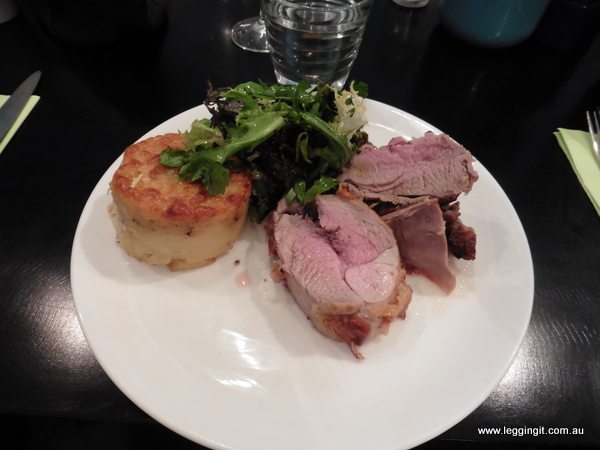 Our second stop was a nice open plan restaurant. It was a great setup with all the food on display looking lovely and fresh. Behind the counter the chefs cooked up the food which assured us it was all fresh and not pre-cooked.

Whilst we were eating Julie and Je#ohn-Paul told us about the wine which accompanied the meals. It was really interesting and reassuring that they both have a great knowledge of the products. They told us about how they started out and how they have gone from strength to strength since. They also have a rural tour which visits some of the local producers not too far from Paris which sounds really good.

Back out on the street we continued our tour stopping at the building named Le Bateau-Lavoir, (the washing boat)well where it used to be. It was a rundown building where all the struggling painters lived, worked and met including Kees Van Dongen, Pablo Picasso, Henri Matisse, Georges Braque, André Derain, Raoul Dufy, Marie Laurencin, Amedeo Modigliani, Jean-Paul Laurens, Maurice Utrillo, Jacques Lipchitz, María Blanchard, Jean Metzinger and Louis Marcoussis. It was also the place where Picasso painted the first example of cubism, Les Demoiselles d’Avignon. 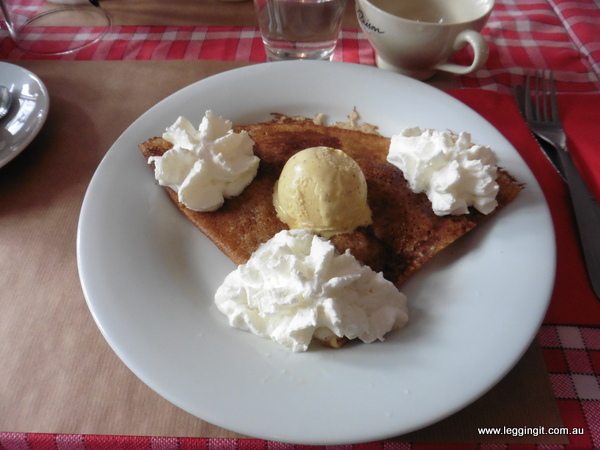 Our last stop was a little Breton creperie. Crepes how very French, however with a twist, a little apple cider in them. Of course they were served up with Apple Cider from Brittany.

Well the crepe I had was with apple and salted caramel and  I have to say it was the best I have ever had and the perfect way to end a fabulous food tour.

While some of the group headed off to visit the Sacre Couer  we headed home to have a rest.

We are so impressed next time we are in Paris we will check out their other tour.around the Latin Quarter

6 thoughts on “Eating Our Way Through Montmartre”