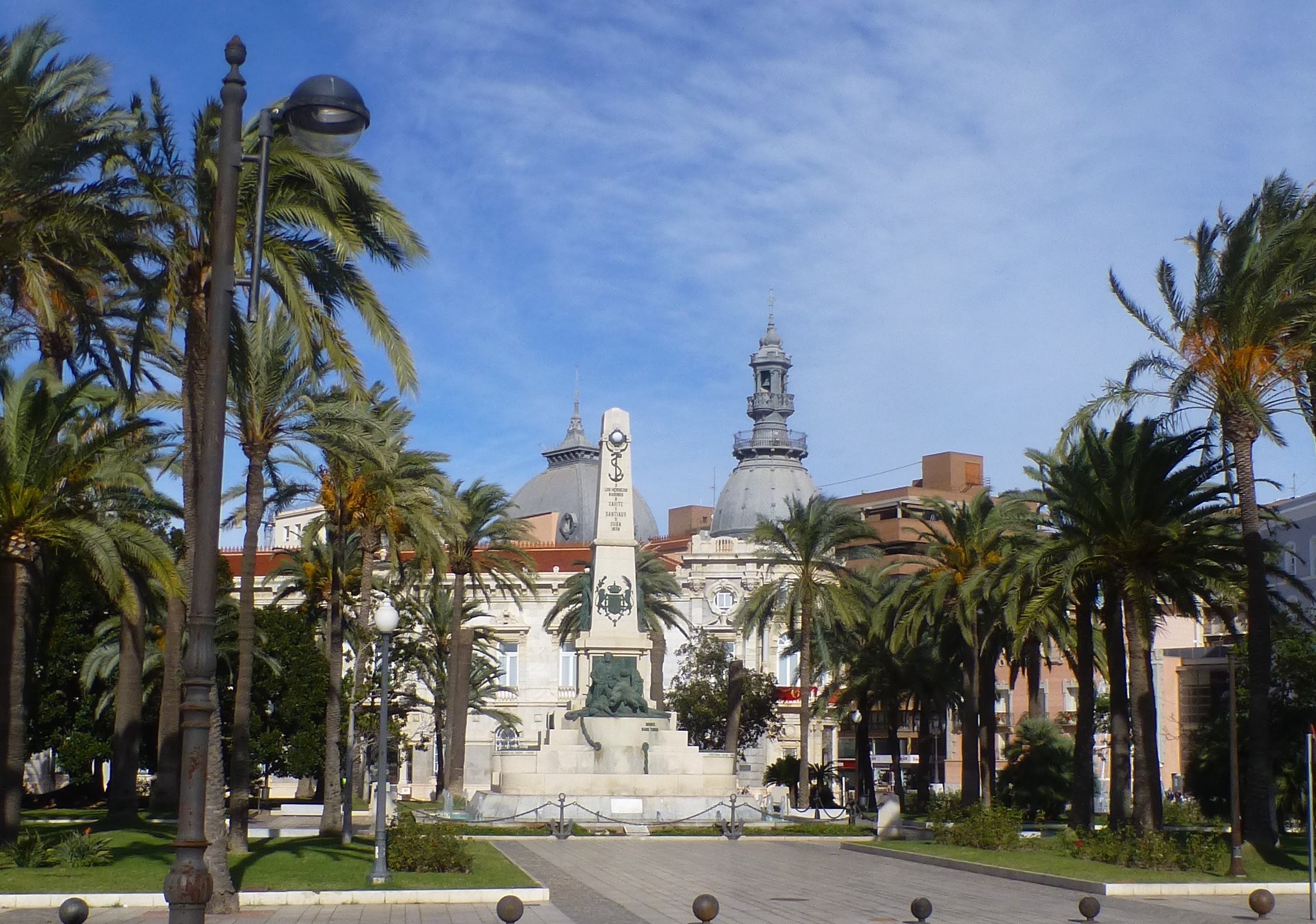 The sun was shining this morning as we headed to the bus stop to catch the bus two km’s to the centre of Cartagena. The bus dropped us about 500 metres from the centre so we walked the rest of the way. It took us through the local markets which were pretty good and down through the main shopping area.

As we passed the back of the Iglesia de Santa Maria de Gracia we popped in for a look. It was a really special place with renaissance styling throughout and statues dressed in clothes and crowned with silver or gold. It was one of the most unassuming places but absolutely beautiful inside. 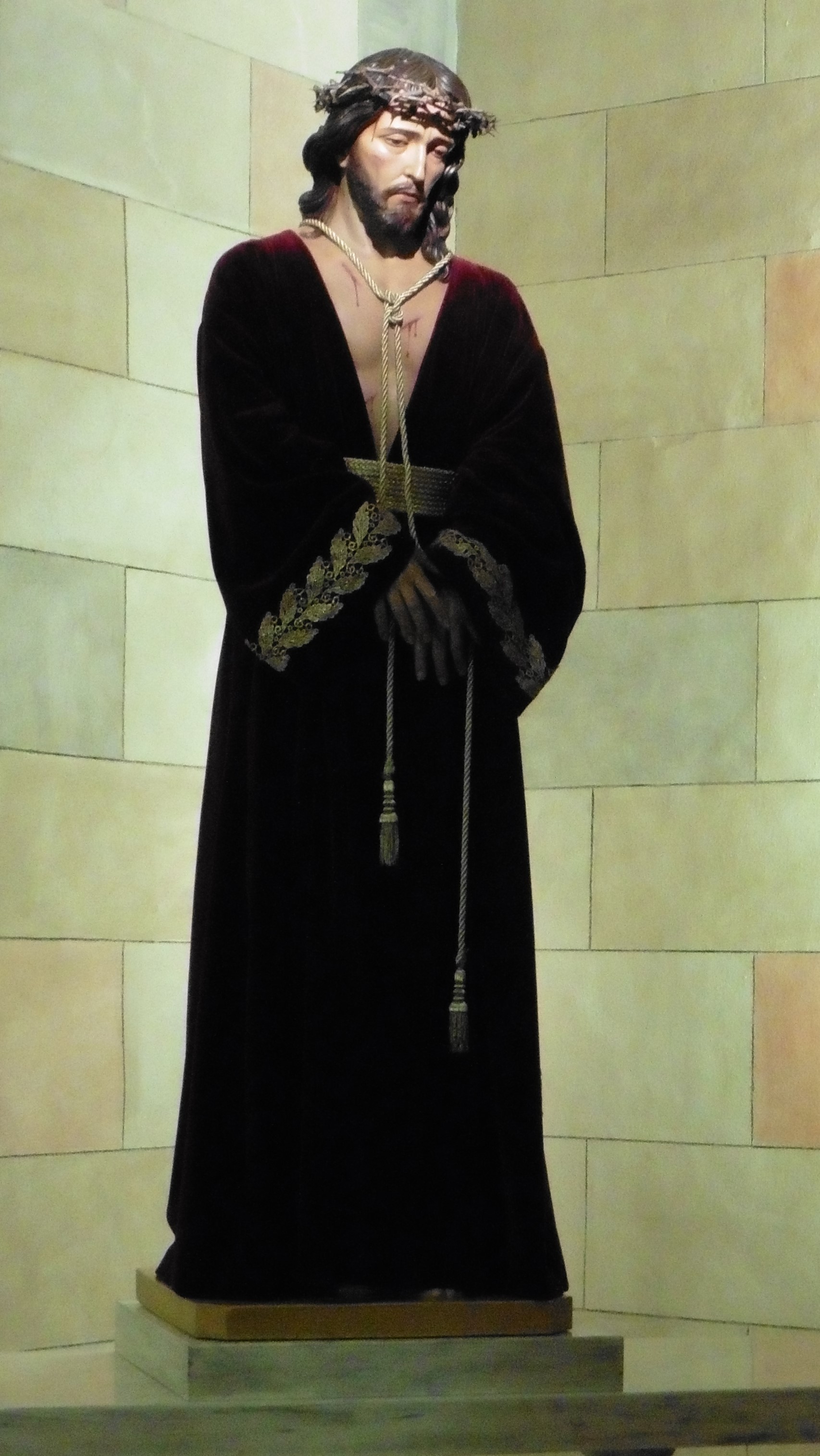 Near the harbour we visited the Museo del Teatro Romano (Roman Theatre Museum). The museum has a video running in both English and Spanish explaining the history of the theatre and the area. Other areas have artefacts from the Roman era and the subsequent thousand years of reuse of the space after the theatre was destroyed by a fire. It’s quite a well organised and designed display with a tunnel leading from the museum across to the theatre. The theatre has been repaired in some areas, stabilised in other areas and the work gives a real sense of what the theatre would’ve looked like one thousand years ago.

After all that time indoors we headed for the wharf to enjoy the sunshine, which was just glorious. Along the wharf we spotted the Museo Nacional de Arqueologica Subacuatica which had an exhibition on Spanish ocean explorers, which Ron headed for. It was an interesting exhibition with all the Spanish explorers Columbus, Balboa, Ferdinand Magellan and heaps of others. It told the story of the trade routes established across the Atlantic to the Americas and across the Pacific. There were interesting tales of heroic feats, murderous plots, financial gains and devastation. It had a bit of everything.

Around the city there’s heaps of roman ruins, old forts and museums. The city offers a pass which is about €8 which gives entry into four different sites but as we were having an easy day we decided to give it a miss.

In the middle of the city there’s a small hill which at one stage housed a Roman Temple. These days there’s just some foundations left as well as some of the roman fortifications. Also a defensive wall built a few hundred years ago and abandoned almost as soon as it was completed. The park gives an interesting view over the city which isn’t the prettiest by any stretch of the imagination but theres a certain charm about it.

Down in Plaza San Francisco a massive Nativity was laid out representing many of the stories of the nativity. There were lots of animation used with people hoeing fields and others baking bread, quite interesting.

We found a little bar in a backstreet for a late lunch of a local soup. It was really hearty with beans and sausage. They played the best music with lots of oldies.
As the sun was getting low we headed for the bus back to the hotel via the supermarket where we picked up some supper.

Tomorrow we head for Granada. 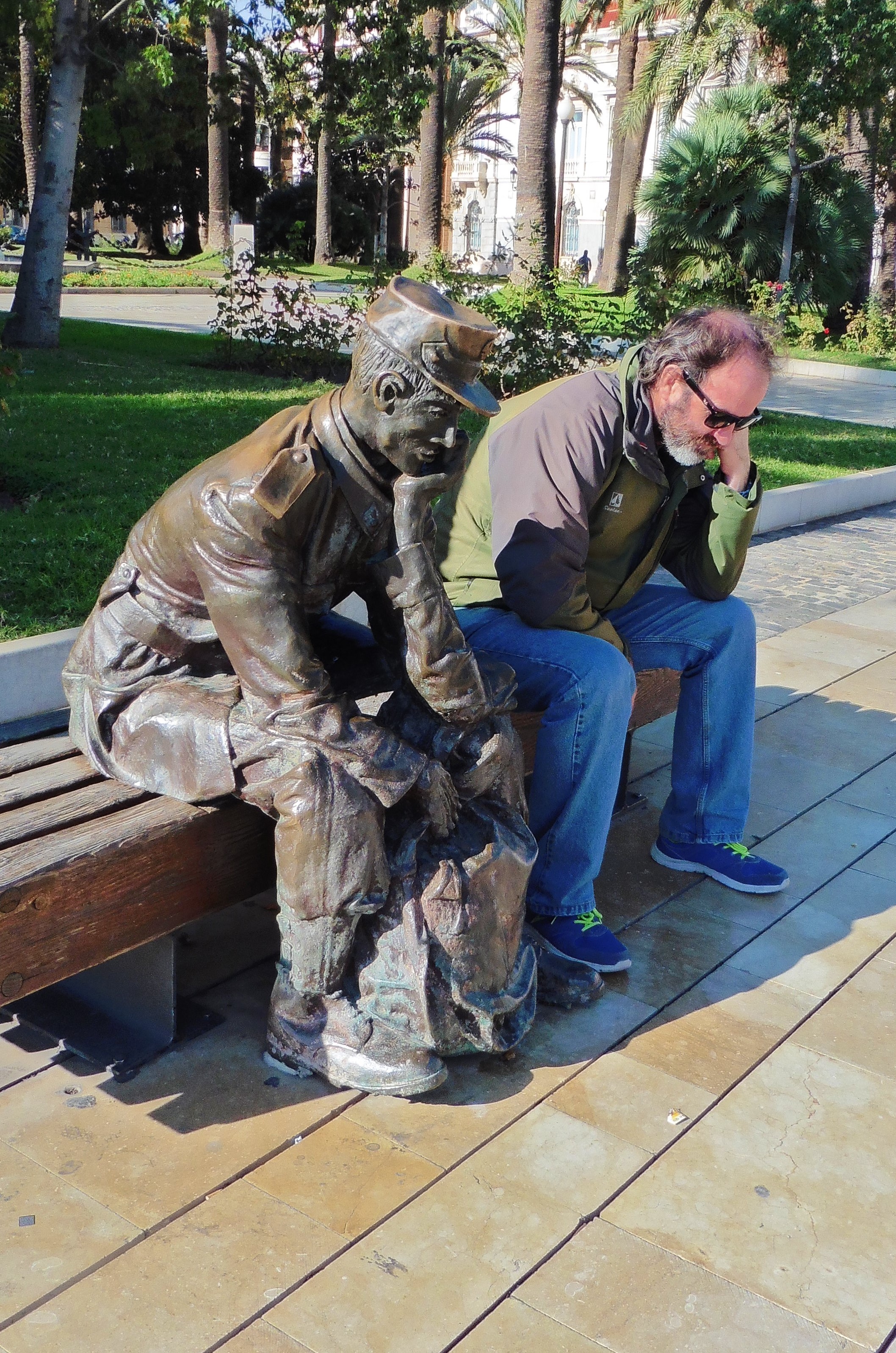