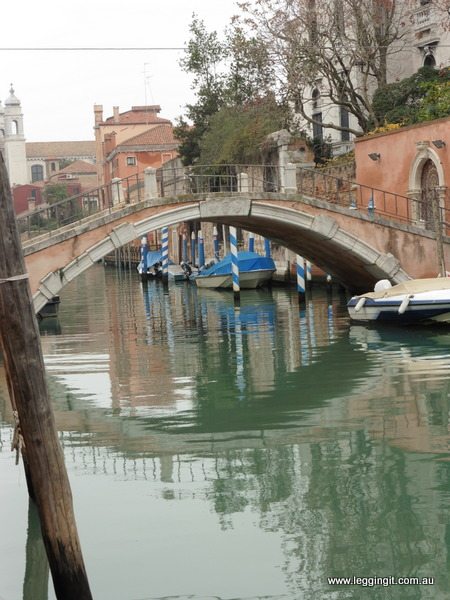 On our last day in Venice we decided to do Venice like a local. Check out the island of Giudecca, which is just across the channel from the heart of Venice. It’s the place where you can experience Venice like a local. Well almost. Guidecca’s beauty lies in the lack of tourists. 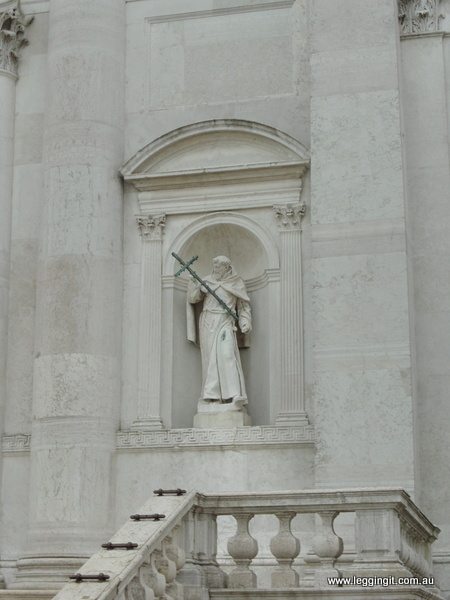 There’s only one church on the island, the Chiesa del Redentore. It’s a beautiful domed church built in 1592 as a thank you to god for sparing the city from a major outbreak of the plague.The waterfront is lined with local shops butchers, green grocers, hardware cafe’s and restaurants. 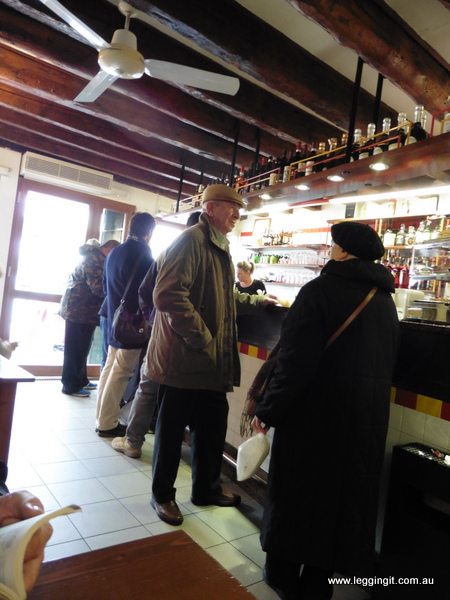 A local restaurant had caught our eye so we popped in for a coffee. The place was teaming with local women drinking coffee and spritz’s all chattering away excitedly. It was almost impossible to make an order. Arranged along the bar were bar snacks, consisting of local breads. It’s interesting just watching the way things are done locally. Locals would pop in for a coffee or drink at the bar, eat to their heart’s content before continuing on their way. 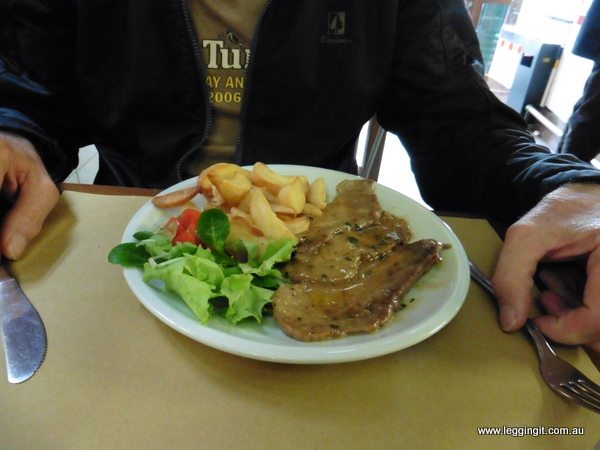 Soon it was lunch time and as quickly as the cafe emptied of ladies it refilled with workmen in their hordes. We were not panning to have lunch as had just stopped fora coffee however as we were sitting there lost int he atmosphere we overheard… Veal Scallopina. As its one of my favourite meals, we just had to stay. It was a great meal and wonderful atmosphere. 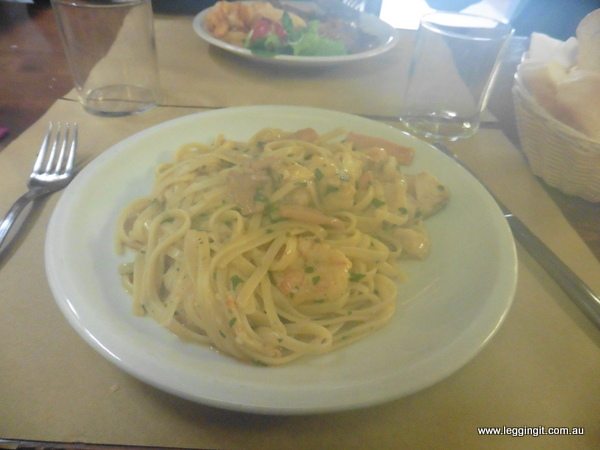 Michele had a curried seafood spaghetti which was cooked to perfection and my Veal Scallopina was so good I did not even share a morsel with Michele :-). Even the prices were good for 4 coffees, two half sandwiches,two meals and a spritzer it was #4.50 Euros ($52.13 Aus) A fitting last meal in Venice.
After lunch we took a walk around the island which of course didn’t take very long. Unlike the main parts of Venice Giudecca there’s no tourists, so it is quite peaceful. There’s no trendy shops or boutiques for tourists. Just schools, apartments and a few government buildings. 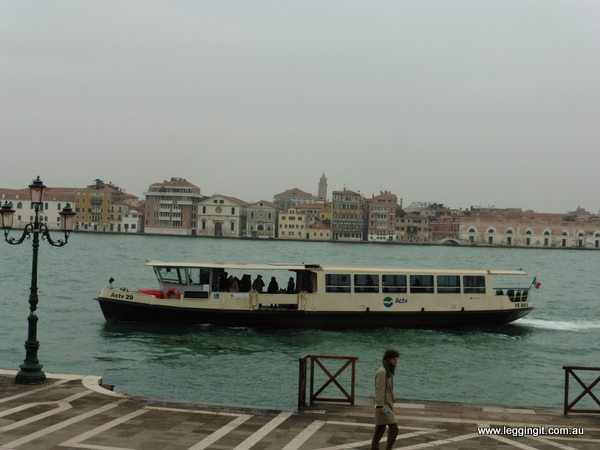 A Vaporetto took us back across the channel to San Basilio where we walked along the waterfront. 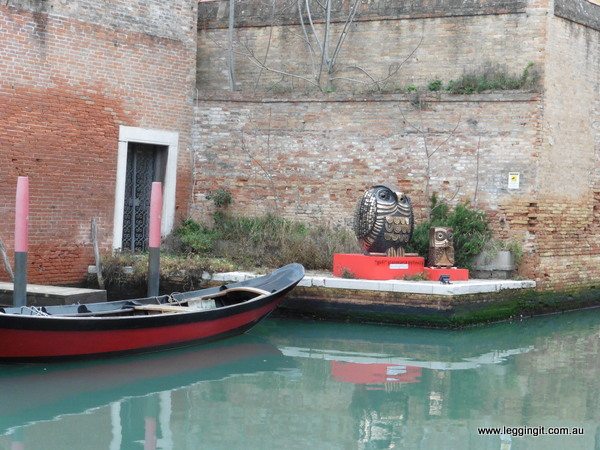 As we cut through the backstreets towards the bridge of fists an urgent call of nature made us duck into a tiny locals only bar. The bar was smaller than the average broom closet. The three patrons were inches apart and looked like they were about to start swinging. To get to the toilet unfortunately meant disrupting the three, but with a few scuzzi’s World War III was averted. I’d just returned and sat down near the bar when the bloke with a fresh scar on his cheek came over asking where his phone had disappeared to.
It was getting tense but a ringing noise in his pocket soon deflated the situation and had us all rolling around laughing. It was his turn to shout the scuzzi’s and he did so with abundance. He held his hands up in apology while his mates were all slapping him on the back and giving it to him in Italian. After that we were accepted as locals. The mood of the bar became happy and cheerful again. Looking around the bar, it was definitely not the place to bring your mother. There were page three girls adorning every surface and lots of racey stuff on the walls. Definitely a blokes bar. It was interesting seeing locals just pop in and knock back an espresso or wine at the bar before continuing on their way. These little bars are definitely the best way to experience Venice like a local. 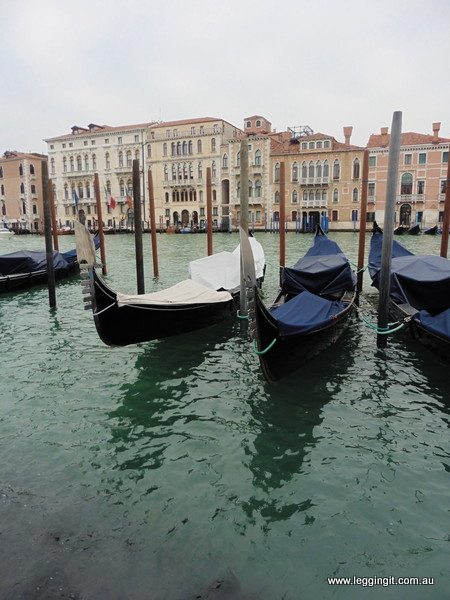 We had one last look around San Marco before catching the Vaporetto back up the grand canal. The fog was slowly getting thicker as we boarded the bus for home. Hopefully next time we visit Venice the skies will be clear.
A goodbye pizza from Positanos was our final meal in Venice. Tomorrow we head to Slovenia as we only have one day left on our visa before we have to leave the Schengen Zone.