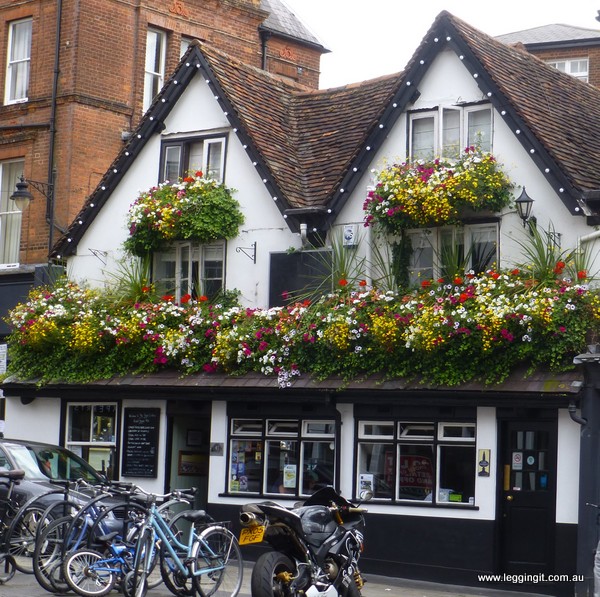 St Albans is a 25 minute train ride from London and well worth a visit. Named after a Roman in around 300 AD who gave shelter to a local Christian priest Amphibalus during a crackdown on christianity. When soldiers came to his house he exchanged cloaks with Amphibalus, was arrested, taken before the magistrate and found guilty of being a Christian. At the top of the hill he was beheaded. His head rolled down the hill and it’s said that a water spring sprung up where the head came to rest. The cathedral which was named after him stands on the site of his execution.

There are strong traces of history in St Albans with ruins of the Roman city of Verulamium not far from the train station and many medieval Tudor style buildings near the centre of the city.

St Albans Cathedral is one of three ancient gateway churches and was at one time the principal Abbey in England and the first draft of Magna Carta was drawn up there, reflecting its political importance. However, it’s importance has waxed and waned over the years.

Inside the Cathedral there’s a touch of old and new with the tomb of St Amphibalus and the new screen being installed complete with 12 modern martyrs like Martin Luther King.

We lunched at an old style cafe not far from the cathedral with old world styling and simple old style foods. After lunch we wandered around the centre of the city marvelling at the old medieval buildings.

Further up the hill near the end of the street is another gateway church, St Peters. Though not as grand as St Albans, what it lacks in grandeur it makes up for in serenity. It’s a nice place to stop and reflect on life. At the rear of the grounds amongst the old cemetery is a garden of reflection. It’s a quite space where people are invited to bury the ashes of loved ones and commemorate them by adding their names to the sculpture “tree of life”.