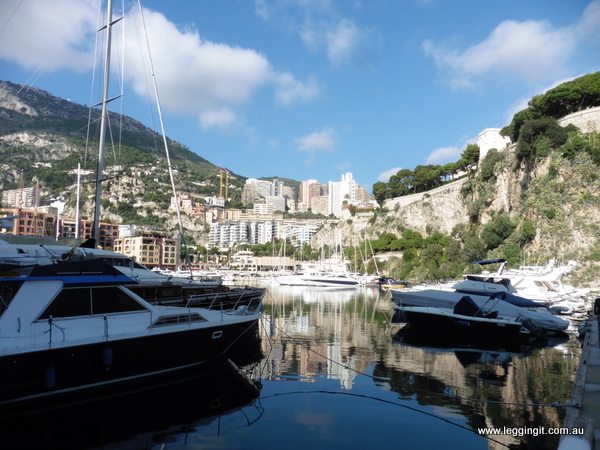 We have been fortunate enough to get a house-sitting assignment in Monaco for a week,  which has given us  the oportunity to explore and get a feel for it. It has made us realise Monaco is not just for the rich and famous.  Here is what we found…

The sun was shining this morning as we packed a picnic in preparation for a look around Monaco. As the second smallest country in the world at 2 square km’s in total area, it’s really amazing how they’ve used the space. The city is perched on the side of steep hills which surround two bays with a mount in the centre from which the palace looks down from.
When we’d asked people about Monaco it seems like we got the same response from everyone. They all said how glamorous it was, super-yachts, Ferraris and Lamborghinis everywhere, and everything was so expensive.

.Thirty thousand people commute daily to Monaco from France. Some by car, and others by motorbike but most by train. As for wages well nobody pays income tax but the employers pay thirty percent of the employees wage to the government as tax. The land is owned by Royal family and rent is payable to them. There’s also a 10% vat in place.
So what’s it like living in Monaco?…Well we found it to be pretty chilled out. Every morning the fresh food markets would set up in the square and locals would pop in and get their daily food shopping. Meanwhile all the cafes around the square would slowly fill up with locals sitting and enjoying a cuppa.

For a small country you’d expect the place to be packed with skyscrapers but its not the case at all. Monaco has cleverly used its space above and below the surface. There’s an amazing system of tunnels and lifts which connect another city below. Much of the road system, railroad, parking and shopping centres are all underground. It’s an amazing use of space.

Over at Port de Fontieiville is where many of the locals hang out and the coffees still pretty cheap at around €1.50.
So what is there to do in Monaco?

Well we visited the Museum Of Antique Automobiles. It’s Prince Ranier’s collection, an interesting mix of vehicles of all different eras and even a collection of horse drawn vehicles which belonged to Monaco’s, Prince Charles III. I found it wasn’t a car museum as such but a collection of cars which display a certain kind of cool. As Monaco is home to the most famous car race the Grand Prix, there are no shortage of Formula One cars. Just to name a few of my favourites there’s McLarens, Lotus’s, and Brabhams, Masaratti, Porsches, Mercedes, and my absolute favourite a Lamborghini Contach. There’s a great collection of Rolls Royce with a few of the early models which really are just beautiful. Some of the earlier examples of cars from brands which no longer exist are on display along with car makers who’ve stood the test of time such as Fiat,Renault,Peugeot, Citroen, Chevrolet and Ford. Theres a few other vehicles including motorcycles, the princes scooter, a halftrack used for antarctic exploration and a local fire truck. The current prince has the car he used at his wedding on display. As he’s concerned about the environment he used a hybrid with a special glass roof.
Probably my favourite cars were the 1959 Fiat 600,with its open top and wicker seats, the 1937 Ford Break with its woody finish and of course the 1956 Mercedes Benz 300 SL with its gull wing doors. 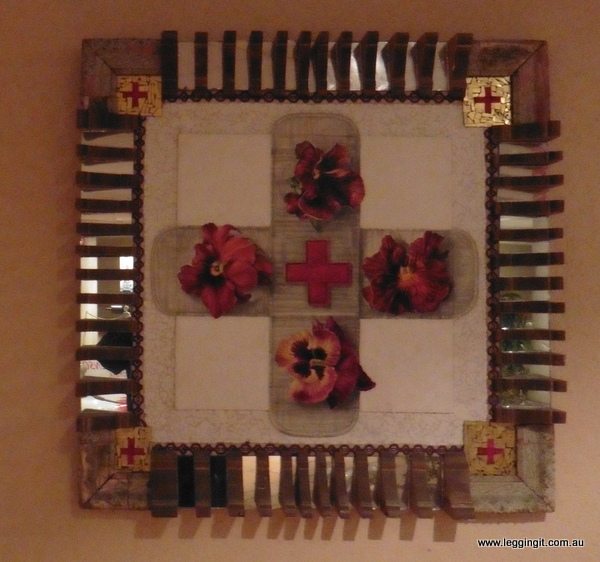 The Prince was also the patron of Monaco Red Cross and there’s a fine display of Red Cross art throughout the museum. It was a nice collection of vehicles and the prices in the gift shop didn’t seem too bad either. Overall a positive experience.
There’s also a National Museum, Naval Museum, Anthropology Museum, Stamps and Coins just to name a few. 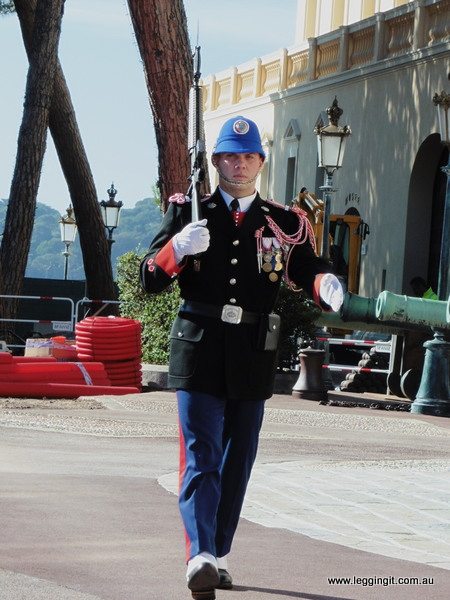 The Palace was also worth a visit with the changing of the guard daily at midday. I’m glad we went in autumn because it would be stinking hot standing out watching it in summer. Around the palace in the old town there are lots of nice cafe’s, restaurants, souvenir shops catering to all price ranges. We found the staff in different shops and cafe’s to be quite friendly and couldn’t fault any that we met. Just wandering through the beautifully restored buildings is just divine. The people really take pride in their buildings. 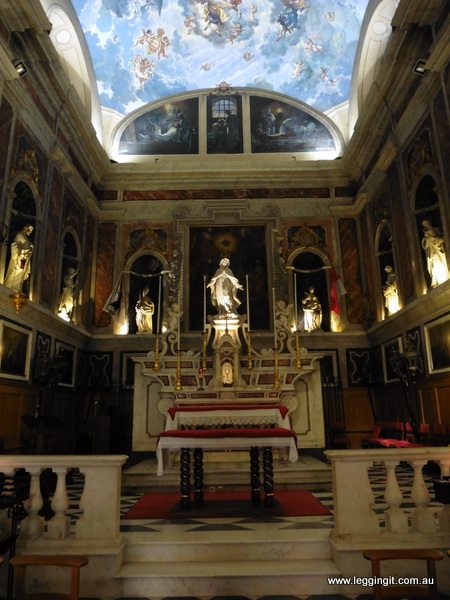 The Notre Dame De La Misercorde is a quaint little chapel across from the Hotel De Ville. Construction dates back to the 1600’s and inside a glass case is a Christ carved by the Monegasque François -Joseph Bosnia , official sculptor of Emperor Napoleon . It was a beautiful little chapel and quiet as many seem to miss it. 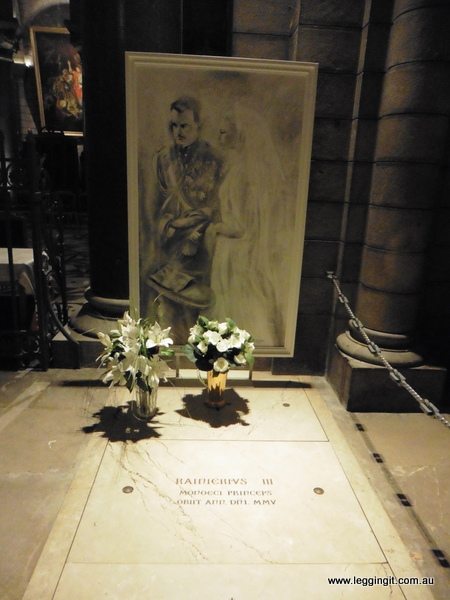 The Cathedral is a must as it contains the bodies of Monaco’s royal family. There’s a steady stream of people filing past the tombs of Prince Rainier and Princess Grace. In contrast to many European royal families the tombs are simple and tasteful. The cathedral Cathédrale Notre-Dame-Immaculée (Cathedral of Our Lady of the Immaculate Conception), is also known as Saint Nicholas Cathedral after the 13th century church which was pulled down. 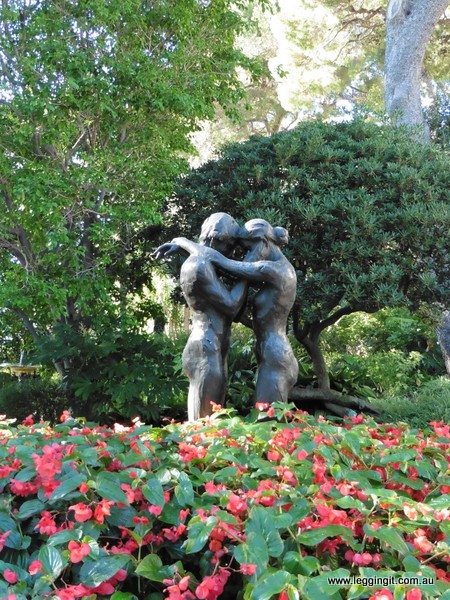 Despite the limited space a park has been set aside for people to take a break. There’s a wide range of plants throughout the gardens and a few vantage points in the garden have seats with magnificent views of Port Fontieiville.
One of the highlights of this time of year for local kids is he funfair. As its school holidays the central area adjacent to the wharf is filled with a carnival. All sorts of funfair attractions and rides are set up and at night the screams of kids having fun fill the night. 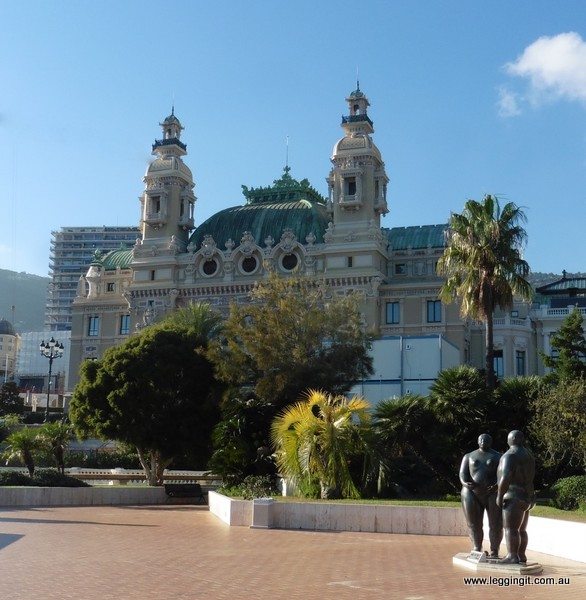 The Casino at Monte Carlo of course is on everyone’s list and Michele headed there hoping that Daniel Craig would wander out the door. The casino is housed in a grand old building of French design and yes there were a few cars belonging to high rollers parked out the front. We watched as the owner of a Porsche and his mate walked out of the casino. The valet climbed into the car and drove it out of the parking spot to the road probably the whole distance of two car lengths (is this the dream job?) The owner passed over a ferry sizeable tip and sped off. Around the casino are a few designer brand boutiques, cafe’s and restaurants. Unlike Fontieiville everything you buy in the shops and cafe’s around the casino is expensive. 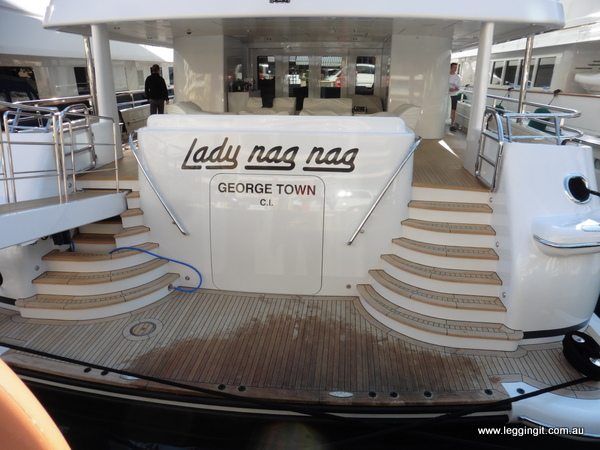 The harbour is worth a stroll around to check out all the super yachts and luxury cruisers. There are some great set ups with spacious dining rooms and outdoor sundecks, rear compartments which hide boats and jet skis, and some even have cars onboard. Just looking at all the domes on the masts there is no shortage of communication.
Overall there’s lots to see and do in Monaco, not just the casino like us you’ve just got to take a stroll.