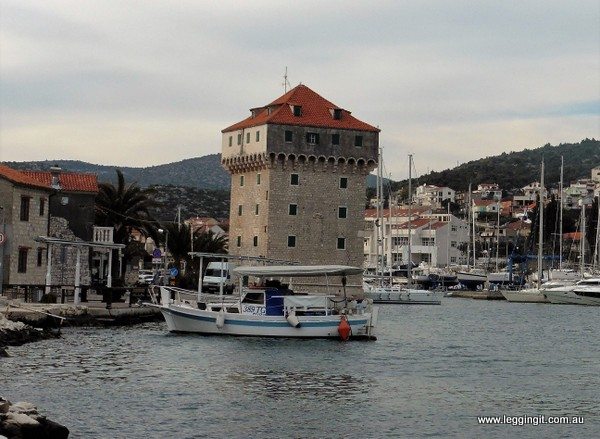 Today we started our journey back to Rijecka for the Karneval, first stage Neum to Šibenik. As we only had fifty kilometres of fuel left in the tank and ten Bosnian Marks in cash we decided to not refuel in Neum, but wait until our first stop fifty kilometres from Neum. It turned out the perfect stop as the fuel station was across the road from a bloke we were catching up with. 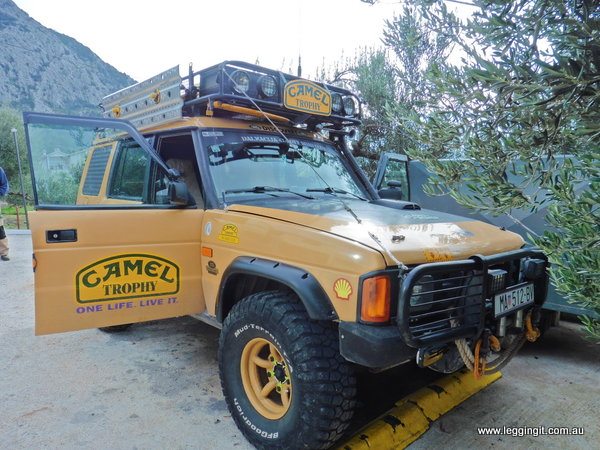 We were meeting up with one of the Split Expats who had a rare Landrover. It turns out only six of these were purpose built for the Camel Trophy Rally and another one had recently been spotted in Croatia. Michele had contacted him and as we are heading north to where it was last spotted said we’d keep an eye out for it. Meanwhile we decided to stop off for a cuppa to get a good look at his piece of history.

The Camel Trophy ran from 1980 until 2000 and featured different models of Land Rovers. It pitted teams from different nations against each other in some of the toughest terrain around the world. Andy dragged out some of the books from the rally in South America. It was great looking at the pictures of the conditions the vehicles went through. There were Land Rovers winching through mud up to their bonnets, river crossings with the Land Rovers on massive inflatable boats and even a fewLand Rovers on their sides. The Land Rover in the driveway had, had adventures most of us just dream of.
After a brew we headed north passing through lots of the towns we’ve visited before such as Makarska, Omiš, and Split. We’ve travelled up and down this road so often whilst staying in Split it was like being at home. Not far north of Split we stopped off at the town of Marina. It’s a aptly named place for the bay is chockas with hire yachts of all sizes, tied up for the winter in rows of all the same models. It’s also one of the spots around the Split and Primosten area which hosts sailing schools in the warmer months. There’s so many islands and bays around the area which would be a perfect backdrop whilst sailing the crystal clear waters of Croatia. 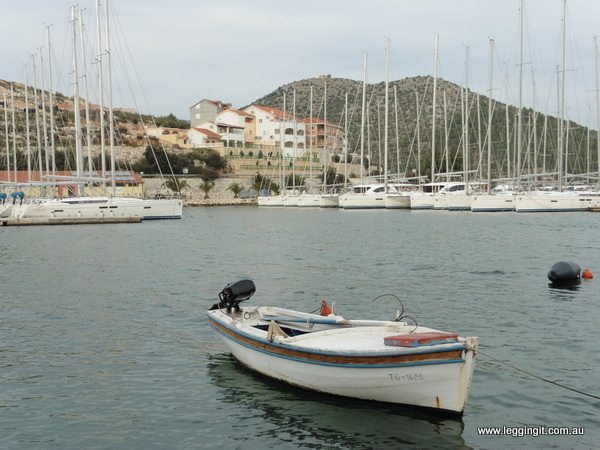 We parked up near the old medieval tower which these days has been converted to apartments and goes by the name of Apartmani Amalia. We could just imagine how cool it would be to stay here. Nearby a local bar was the perfect spot to escape the cold and warm up with a coffee. One of the things we’ve loved about visiting Croatia in the winter is the real coffee culture which permeates the society. A wide range of people just catching up over a coffee at a local bar. Great service and a warm welcome seems to be the norm wherever we go. 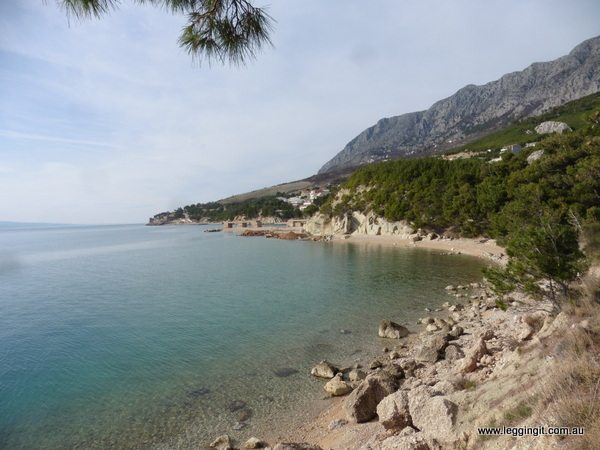 After a brief look around the town we headed north along the road which hugged the coast for most of the journey. It really was a joy for the road winds around lots of little bays overlooked by houses and lined with boats floating alongside stone jetties.
Arriving at Šibenik we initially had some troubles locating the apartment as the satnav took us to the wrong street. Once again we were forced to ask a local who pointed up one street before realising they’d sent us the wrong way and fetched the apartment owner to chase us. Ana soon caught up with us and escorted us to the apartment. Wow is all we thought when we walked in, what a fabulous layout. We were greeted with chocolates, a bottle of Rakija and a fire to warm up with. What a fabulous welcome.