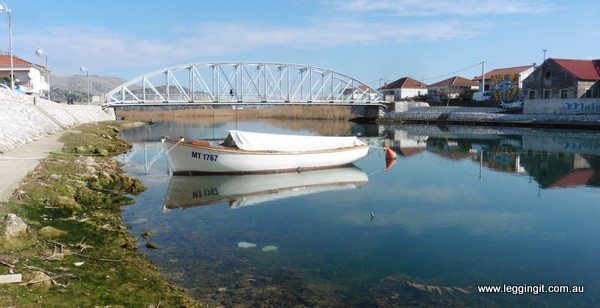 Today we planned to take a ride around Bosnia Herzegovina and check out the countryside. Leaving the apartment the Satnav told us to go left which caused me to raise an eyebrow as obviously it was taking out of Bosnia through Croatia and then back over the border. Sure enough we passed overthe border at Neum and headed north along the coast and down into the Neretva Delta. Coming over the hills and the first glimpses of the delta is quite spectacular. A checker-work of fields separated by irrigation canals fill the valley floor. Lots of little rectangular islands filled with orange trees add colour to the landscape. Along the sides of the road around Opuzen stall after stall display hundreds of bags of oranges. 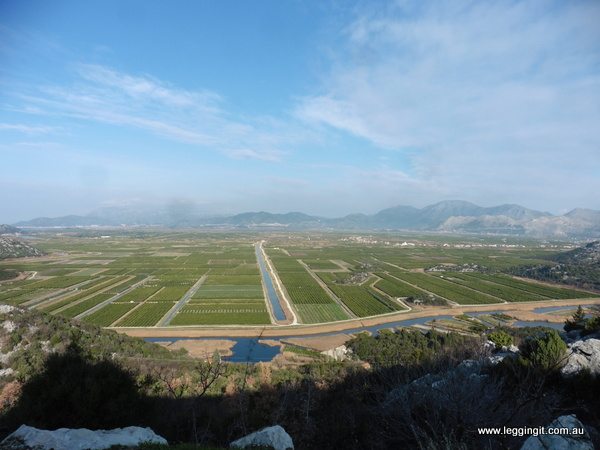 We headed along the Neretva River to Metkovic where we crossed the bridge and headed up through a tiny village to the border. Passing out of Croatia was no hassle but when we reached the Bosnian checkpoint the fun began. Unfortunately none of the border guards spoke English and he kept asking for something else. Well it turned out he wanted an insurance green card for the bike. We of course were blown away as we’d travelled over the Bosnian border at Neum and never had any problems. As our insurance paperwork was back in Neum we knew we weren’t going to be able to cross the border. It also made us wonder whether we’d be able to get back into Bosnia to our apartment at Neum, where all our gear was. I wasn’t overly worried as we had heaps of Croatian Kuna, so money wasn’t a problem. To be honest worst case scenario we’d just find a spot and go online. 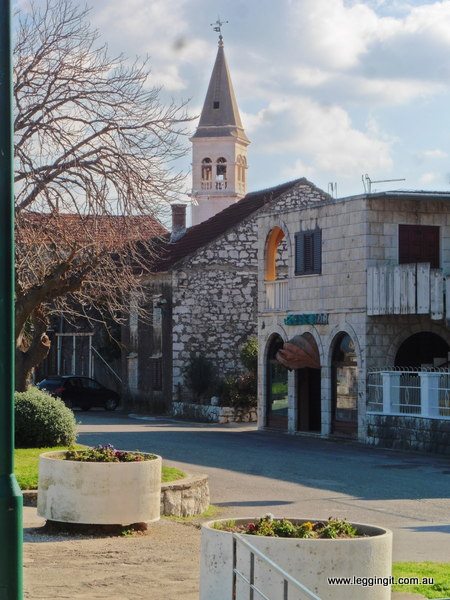 Well as it would take us a while to get back to Neum, (if we were allowed over the border) our plan of spending the day touring around Bosnia was scrapped. Instead we decided to head back along the river to the old town of Opuzen. The old town is tucked away from the main highway on a bend in the river so the only people who go there are usually locals. There were plenty of locals, all enjoying a coffee and the morning sun along one of the canals which flow along the edge of the town. 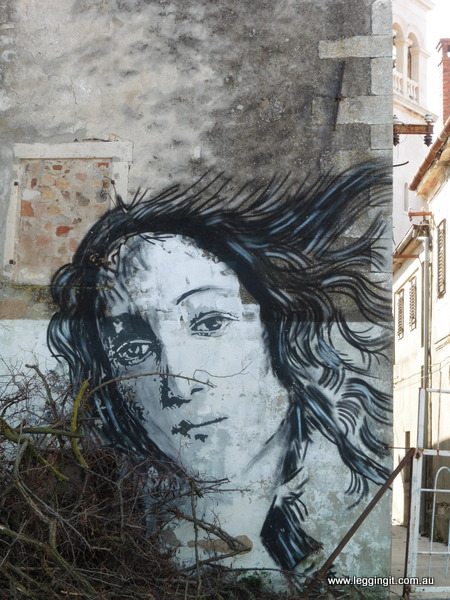 After a coffee we took a walk along the river and discovered a heap of hidden murals on old abandoned buildings. Some of the art work was quite stunning. It was quite a shock to find them.
As it was close to lunch time we decided to have a look around Plocé and maybe find a restaurant. Plocé is a curious mix of beauty and ugliness. With all the waterways and fields to the south, and the lakes to the north Plocé is stuck in the middle with all the industry. Frano Tudman square was pretty deserted with the statue being the only human visible so we cut through the pedestrian zone and headed along the Main Street. Eventually we found a little cafe alongside the canal where we stopped for lunch of schnitzel and mixed meat. It was a great meal and it was nice to be received with typical Croatian hospitality.

As the day was getting on we headed back to Neum where the border guard briefly looked up from his paper to wave us through. If only the guard on the other border was so relaxed. 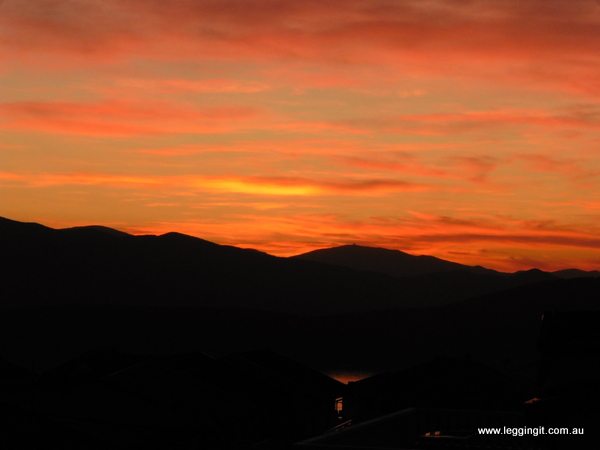 We’ve really enjoyed staying in this apartment however we can’t say much about Neum itself. Tomorrow we head back into Croatia as we travel north to Rijecka for Carnivale.