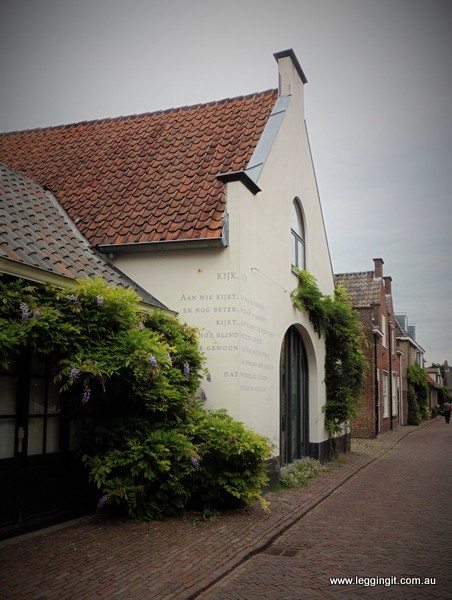 It was interesting as today we got to discover Muiden and Naarden which in the past were part of a 135 kilometre long defensive network built to protect Amsterdam. The defensive structure is known as the Stelling Von Amsterdam and consisted of 42 forts between 10 to 15 kilometres from the centre of Amsterdam.

The defences’ consisted of lowlands which could be flooded to about 30 centimetres (so not deep enough for a boat) and forts controlling the high ground. All buildings within one kilometre of a fort were built of wood so that in case of war could be quickly burnt. The defences were constructed between 1880 and 1920 however as soon as they were completed they quickly learnt tanks and aircraft made them obsolete. 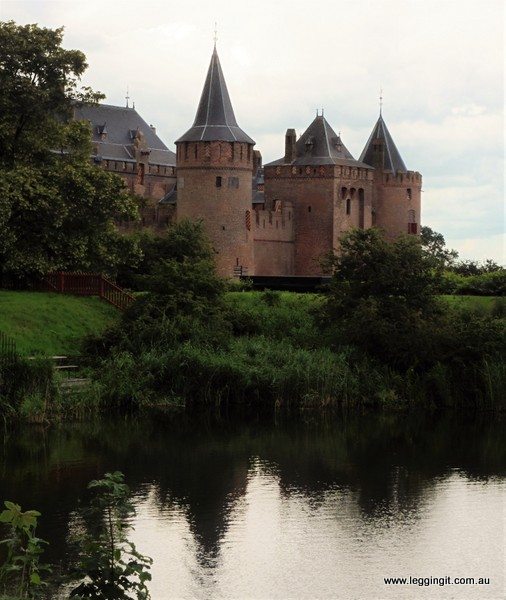 Riding around the canals which crisscross the landscape gave us great views of Muiden Castle (Muiderslot). The redbrick castle dates from the late 1300’s and has had varied owners and uses. It was incorporated into Amsterdam’s defensive structure. These days it’s a museum but it also is quite often used as a film location. Unfortunately we arrived just on closing time and luckily I was listening to Michele and parked the bike outside otherwise we might’ve been locked inside. Nearby to Muiden Castle the other old fortifications and magazines have been converted into shops.

We headed on to Naarden, a star fort of the design which were popular after the 1500’s. The town is surrounded by a series of brick defensive walls and moats. It’s quite an amazing set up with all of the defensive structures still in place and the town in the heart of it. To reach the town we had to cross bridges over the moats and pass through the brick walls reinforced with earthen mounds. 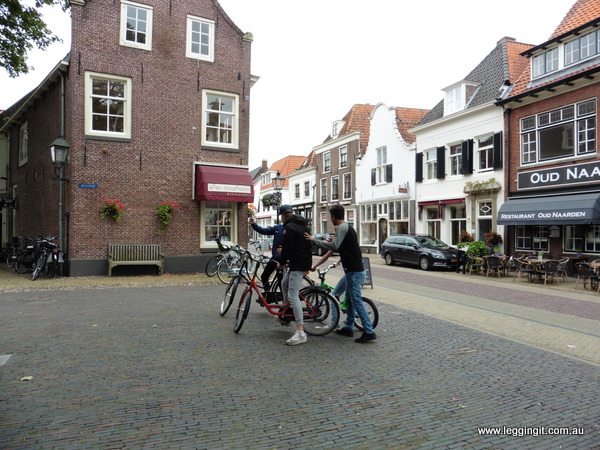 After parking in the centre we wandered around looking at the old garrison town. At the church we had our first encounter with pokemon hunters. This Pokemon Go craze has really taken off. In Australia Pokemon Go has already been released but not here in Europe yet. The local kids simply changed their location on the app to Australia and they were off. Groups of teens on bikes were furiously pedalling back and forth around town in search of their elusive prey. As we walked around the town we kept on seeing them going one way then the other. It was fascinating. 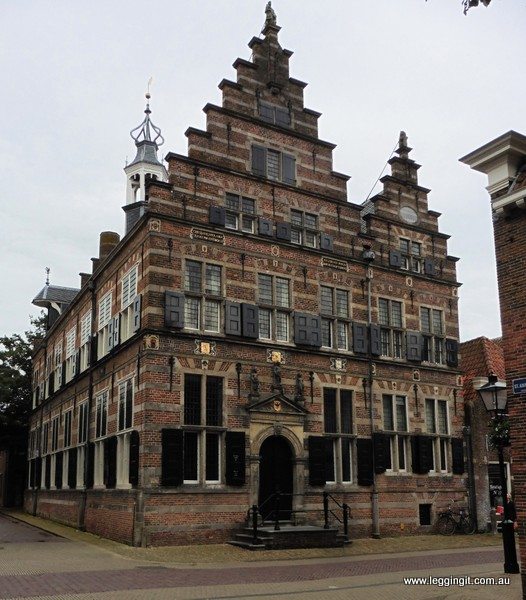 Naarden was quite a lovely town with beautiful old buildings and cobbled streets. Restaurants fronted the canal, and there were lots of cafe’s and small shops selling antiques, hand made goods and locally produced items. It was one of those places which suited people who loved to take their time wandering around looking at little shops.

We stopped off for a coffee at an old converted military building which had been converted to a Spanish taberna. It looked really authentic with wooden barrels and bulls heads hanging from the walls.

As the day was getting late it was time to head back to Almere. Tomorrow we might have a look at Utrecht.