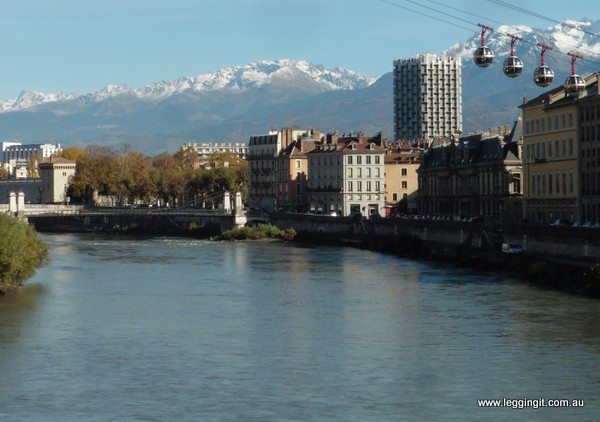 Our first two jobs today was source medication and replace the tyres on the princess. With Denis as interpreter getting the medication was heaps easier. As it’s prescription medication the chemist wasn’t going to issue it but when I produced a letter from my doctor in Australia it was ok. Six month supply…. Happy days thanks Denis.
Our next stop was Moto-Labo in Grenoble, where we dropped the bike off to have two new tyres and replacement rear brake shoes. We also had a look at some of the gear they had for sale. Time to buy a new bike cover and decent wet weather gear as their prices were pretty reasonable unlike their prices for tyres…..merde! 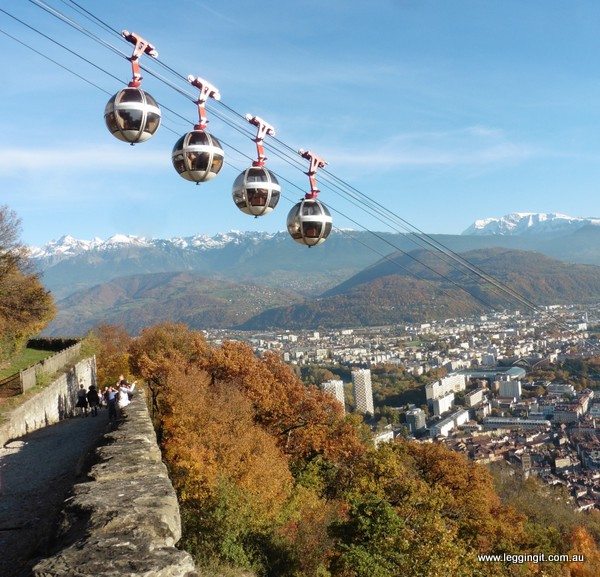 As the sun was shining we decided it was the perfect day to visit the Bastion (La Bastille) which overlooks Grenoble. The Bastion is reachable by walking tracks or by cable car(the Bubble Lift). The bubble lift was installed in 1970’s and it looks really cool with four glass bubbles transporting six people per car. It was €5:50 one way or €8 return but as the weather was perfect we decided the lift up and a walk down would be a great idea. At the top of the Bastion the view was amazing with the snow covered mountains of the french alps which surround Grenoble and even Mont Blanc was visible in the distance. Our friends Cath and Denis pointed out points of interest and told us about the place they call home. 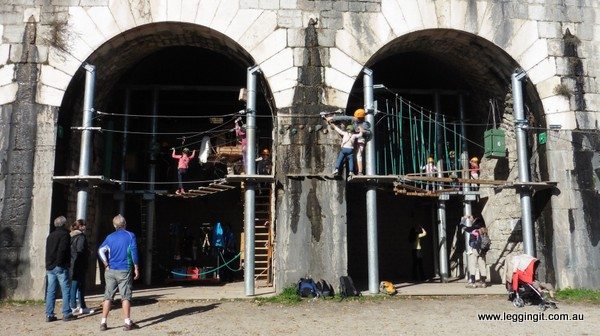 Parts of the bastion have been converted for adventure activities for kids and adults. On the outside a higher ropes course has been installed and it was amazing seeing tiny children climbing around it with no sense of fear. Inside a section has been converted into a maze which we thought was a great use of the facility. On top is an adult section and an area leading to hiking trails. Truly inspiring. We took advantage of the sun enjoying a picnic before heading to one of the restaurants for a coffee overlooking Grenoble, which was simply stunning. 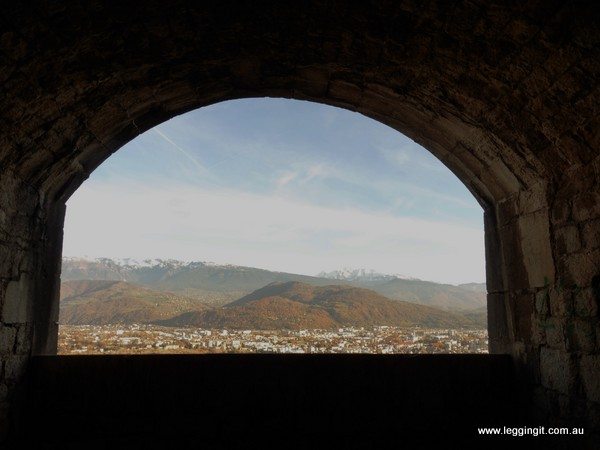 The walk down zig zagged through parts of the old fortress and wooded areas ablaze in autumn colours. There were lots of hikers, joggers and mountain bikers to dodge as they made their way up the hill and it’s a popular spot on a sunny day. 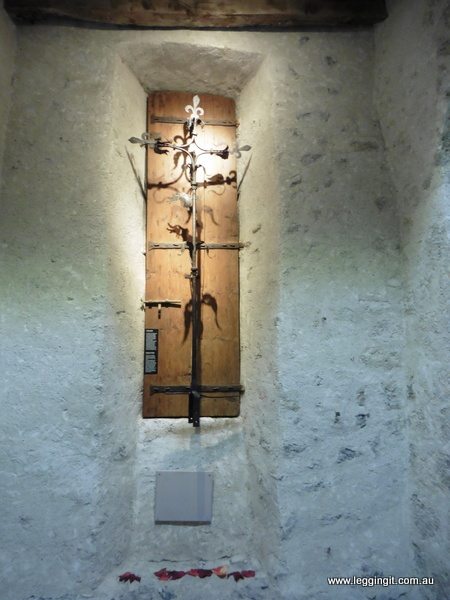 When we reached the bottom we noticed the Saint Laurent Archaeology Museum was still open.
Saint Laurent Archaeology Museum at the base of the Bastion (La Bastille) gives a great insight into not only the church but the changing face of the city of Grenoble. As it was at the base of the Bastion it was ideal to stop and check it out. It is quite easy to get there by No 16 bus, Tram Line B or simply walking. There’s also car parking nearby. Entry and audio-guides were free and throughout the museum touchscreen audiovisual aids in various languages were placed to expand the information available. 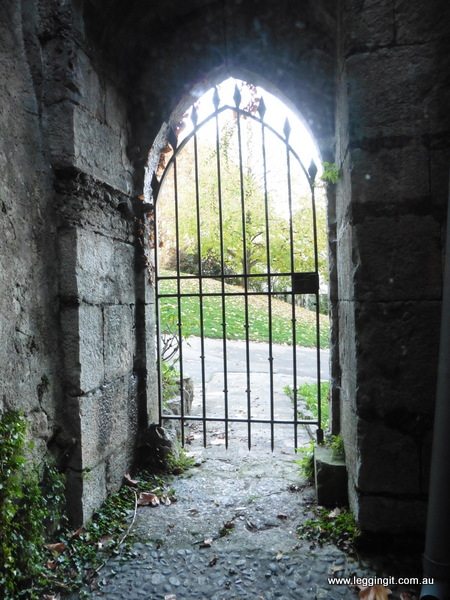 The museum traces life in the city of Grenoble, formerly known as Cularo, which developed at the joining of the Drac and Isère Rivers in the first century BC. With the roman occupation in the 4th century it was named Gratianopolis after the emperor. The site which the museum stands on had its origin then as a Gallo-Roman burial ground outside of the city. As Christianity grew by the 5th century it became a funerary church, and then was rebuilt in 800. It was to operate as a Benedictine monastery from 1012 until 1683 when the monastery disbanded. In the 19th century it became a listed building and the crypt of Saint-Oyand from the 6th century restored. Finally in 1978 archaeological investigations were to discover so much history that the Episcopal church agreed to have the church de sanctified and converted to a museum. Touring through the museum you don’t see a stuffy old church but get a sense of living history. With the floor of the church removed, the audiovisual aids show the transformation of the church. Within the church and in the cloister area within tombs or simple graves are over 1,500 burials. Even within the excavated earthworks human remains are quite visible which I found quite thought provoking. Many of the grave goods, such as coins, rosaries,jewellery are displayed in a separate section which is interesting seeing what people thought was important to take to the otherworld. The Crypt of Saint-Oyand beneath the church was a former site of pilgrimage and although the relics have all been removed the architecture still has symbols such as crosses, lambs, doves, wheat,grapes and strange animals. All symbolism for the early pilgrims.
It was really fascinating to be able to walk through history at this wonderful museum. 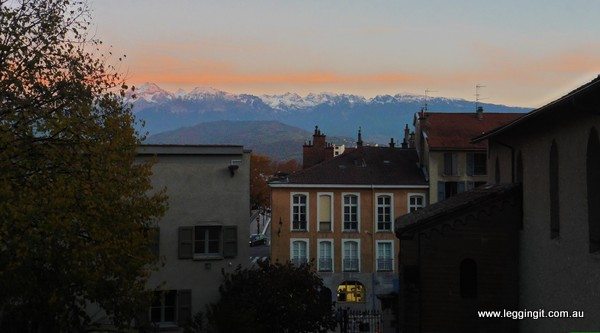 As the sun was well and truly gone for the day we headed home for a lovely home cooked meal with Cath and Denis.