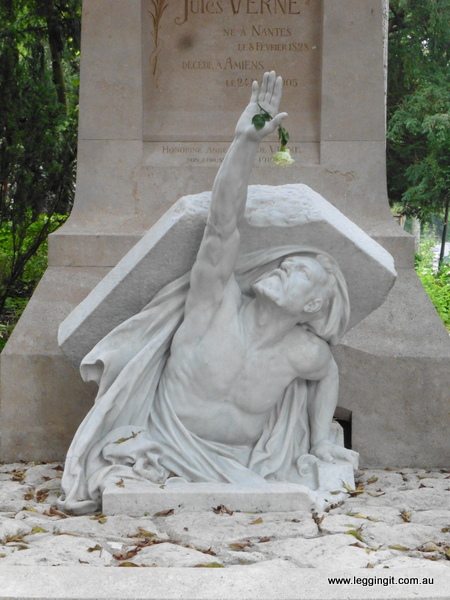 When we called out for cemeteries for this we did not expect how popular it would be, so here is  Cemeteries Around the World Part 5.

The photo above is of Jules Verne’s Grave which is in Cimetière de la Madeleine in Amiens in France. The cemetery is a fascinating place to wander around. Many of the graves are now very run down as there are no longer family members to upkeep them but they have a stark sense of beauty still. 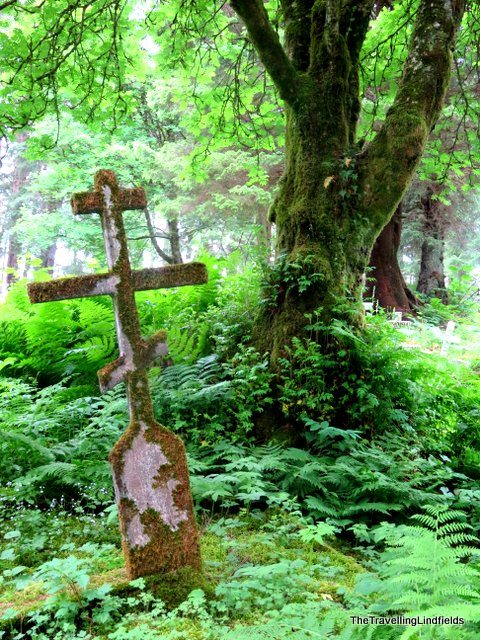 Lyn from The Travelling Lynfields

Today, Sitka is a sleepy little village but once it was the capital of Imperial Russia in Alaska. Before the United States purchased the state in 1867, Sitka known then as New Archangel, was a bustling fur-trading port, seat of the Russian Orthodox Bishop of Alaska and the largest colonial outpost in the region. This photo was taken at the old Russian Orthodox cemetery where evidence of Russia’s brief rule lives on in the tangled undergrowth, winding paths and moss-covered graves.  On a misty day you can feel the presence of ancient ghosts far from home. 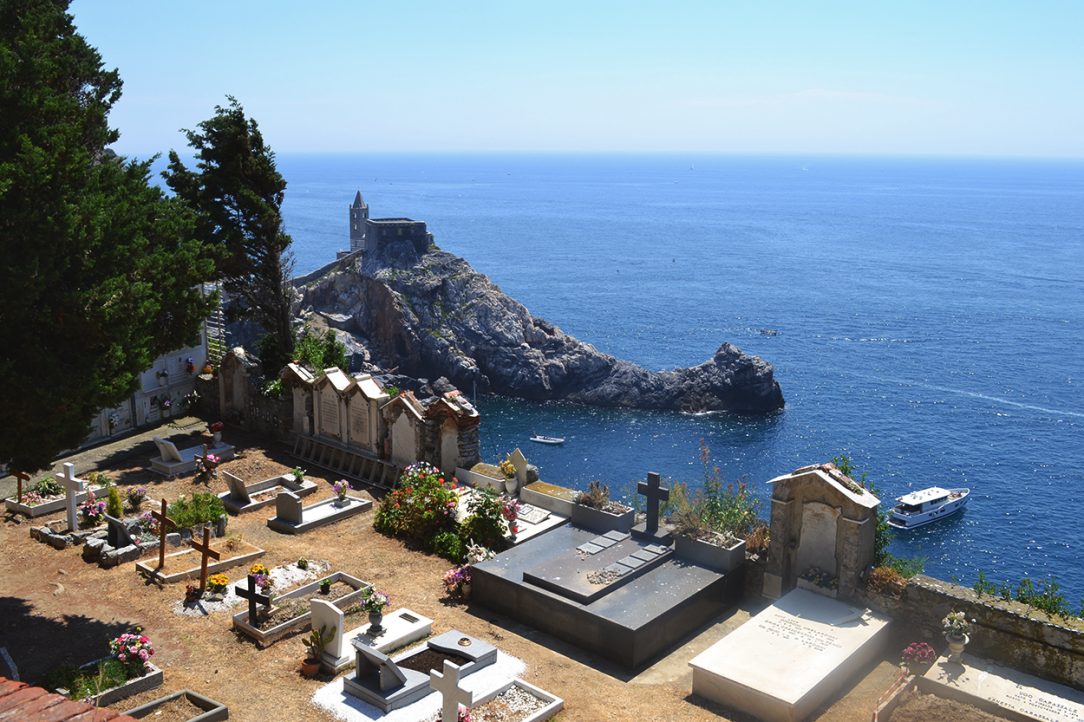 Portovenere is beautiful little fishing town on the Ligurian coast of Italy – you’ll know it’s famous five neighbours of Cinque Terre, but stay on the ferry one more stop and you’ll be pleasantly surprised by beautiful rainbow facades and crystal clear waters that the Italians have tried to keep to themselves. Perched on top the the cliffside next to the Castello Doria is the local community cemetery. With sensational views over the San Pietro Church and surrounding shoreline, and a calming design of clean white stone and bright fresh flowers, this is the perfect spot to find serenity in a beautiful but crowded region.

Helena, from  Sun In Cities

The cemetery of Hoboken (in Antwerp) is considered to be one of the most beautiful in Belgium, but is fairly unknown to tourists who visit the city. It lies within a

big park, which makes it perfect for a stroll around the monuments. They date back to 1921 and some of them perfectly reflect who is buried underneath. Many of Belgium’s important people are buried here, such as politicians, actors and writers. Worth a visit if you are ever in Belgium!

Daniela from Jump The Lights

A rather odd cemetery is Merry Cemetery from North of Romania. Since 1935 people buried here were assigned a colourful tombstone and a naïve/ironic description of their life. In the old Dacian culture, death used to be seen as joy and anticipation for a better life.

Here I am resting

Oros Joan is my name

I went to Sighet (city)

Someone pushed me out

Grief to mom and dad

That I had left behind this life

2 thoughts on “Cemeteries Around the World Part 5”