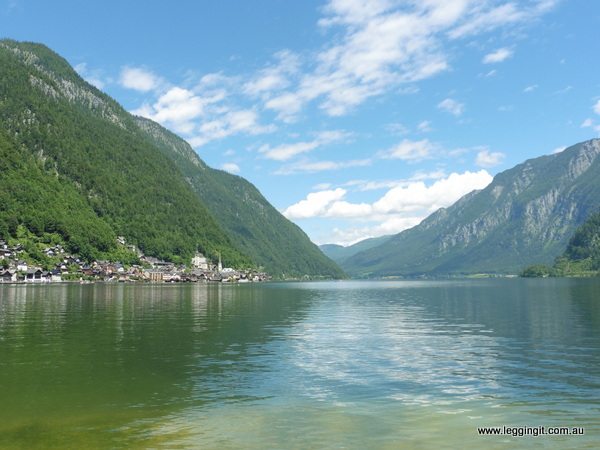 Walking the dogs this morning we found a balloon. Not just your ordinary balloon for attached to a string underneath was a card. A primary school class from a school near Munich had released balloons to see how far they’d travel. The instructions on the card was to send it back to the school and they’d measure the distance as part of the experience. 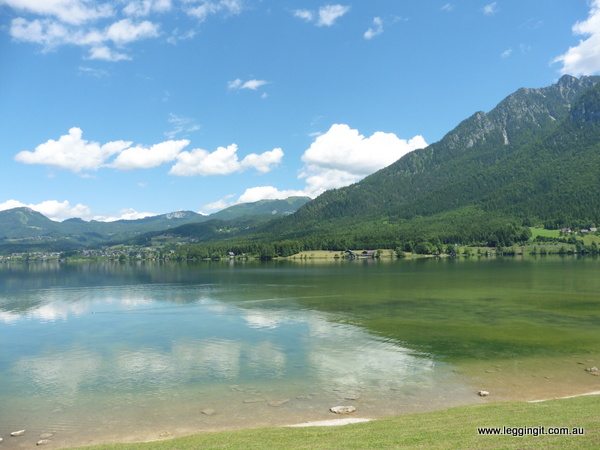 The weather was just perfect so we took a trip up to Hallstat. The route took us around Lake Attersee to Weissenbach where we headed up the pass between the two mountains. The road twisted up through the forest and we really enjoyed the curves. As we approached Hallstattersee (Hallstatt Lake) we were just blown away by the sheer beauty.

The mountains which ringed the lakes were just so steep in many places there wasn’t much room for a road. The road around the lake took us through a tunnel which emerged at Hallstatt. 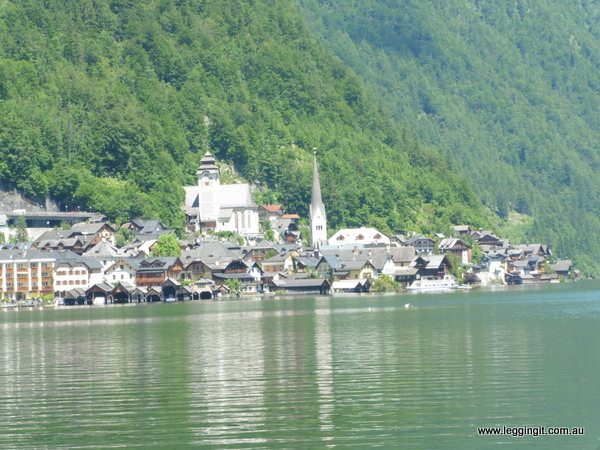 Finding a park at Hallstatt was impossible with bus after bus of Chinese tourists. Apparently China has built a number of themed villages throughout the country, Hallstatt included.

With the increase in Chinese tourism throughout Europe many Chinese tourists are keen to see the real thing which these villages were based on. We found a nice little park near the lake which looked back towards the town. It had some great views across the lake.

High above Hallstatt the funicular takes tourists up the almost vertical mountain to the mountain fort of Rudolphstorm (Rudolph’s Tower). The old fort was built back in the 13th century to protect the old salt mine. It’s quite mind blowing to realise that people have been mining salt here for 7,000 years here. These days the salt mine is a tourist attraction with historic displays, underground tours, panoramic views, salt slides and of course the funicular ride up the mountain.
The salt which was mined here was transported across the lake and down the river. The salt was transported on flat bottomed barges with high curved bows, the perfect boats for navigating through the canals connected to the lake.

On the way home we stopped off at Gasthaus Steegwirt, a traditional Austrian Gasthaus on the Traun river overlooking the lake. It was an important salt trading place for over 300 hundred years. It was a great place for lunch and we enjoyed some of the local specialty, salt served on bread.  We also tried some locally caught fish from the lake and a traditional favourite, pork liver. Mmm delicious. 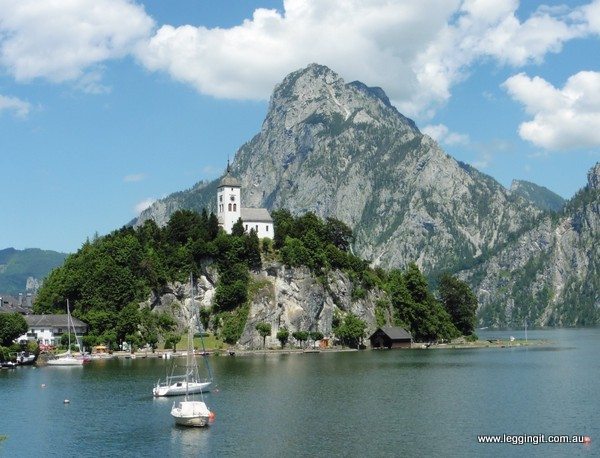 We followed the lake back towards Mondsee then headed to Traunsee.  It was an interesting ride passing through towns filled with lovely old buildings and churches like the one above.

The farmers were making the most of the hot weather and it seemed they were all out mowing hay. There were all sorts of tractors of varying ages furiously cutting hay. The two old ladies next door were using the oldest Steyr tractor to cut hay whilst the neighbour on the other side had the biggest newest Claar tractor. They were tough old birds because later they were out raking hay using pitchforks whilst their neighbours were all using tractors to do the same job. 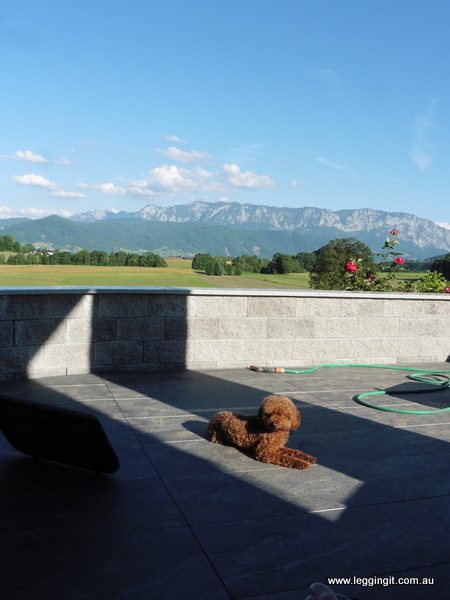