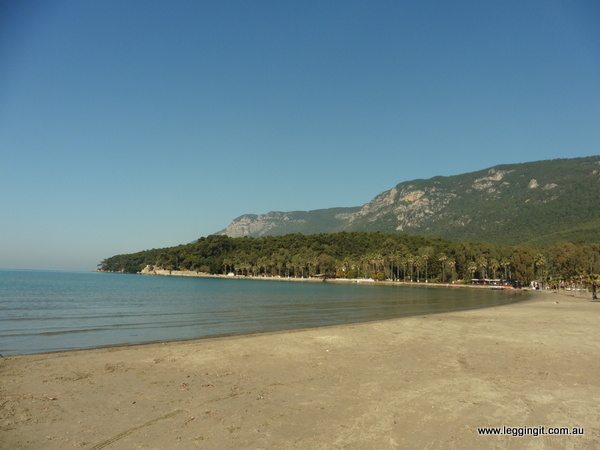 It was pretty hard leaving the apartment in Akyaka this morning but we were looking forward to riding the coast road from Akyaka to Uzumlu.

After two days we just fell in love with the chilled atmosphere of the place. We walked along the beach and headed to our favourite restaurant for breakfast.

As the bike was parked just next to the ground floor balcony of our apartment packing it up was so easy.
Instead of heading up through the top part of town and through all the roadworks to the highway we decided to follow the river out of town. The river road took us past some really lovely located restaurants. 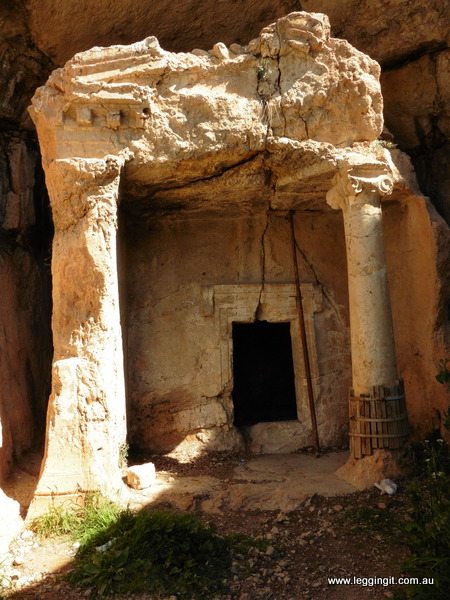 Just past the outskirts of town a few caves caught our eye so we just had to stop and have a better look. Soon we discovered they weren’t actually caves but rock tombs. They were built in the 4th century BC by the Carians an ancient kingdom the capital of which was Bodrum. The rock tombs were influenced by neighbouring Lycian rock tombs. The tombs were carved into the rock cliffs and depending on the status of the person consisted of a portico supported by two columns. Originally they were also elaborately painted. By the roadside there were a number of different tombs of people of different status. After burial of the occupant the tombs were sealed with a specially carved rock but they’ve all been raided by grave robbers.
It really was a nice discovery. 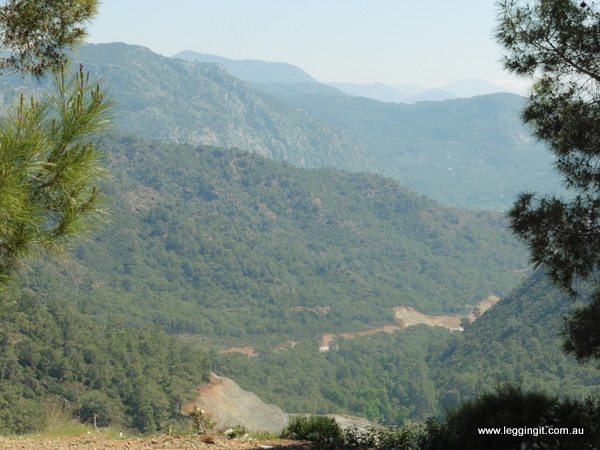 Soon we were back on the main road and picked up the D400 towards Fethiye. The road from Akyaka to Fethiye is actually a high quality road and it passes through the wide Gökova delta, an area of reclaimed marshland which borders Akyaka. It’s pretty fertile area with a lovely checkerboard of farms. 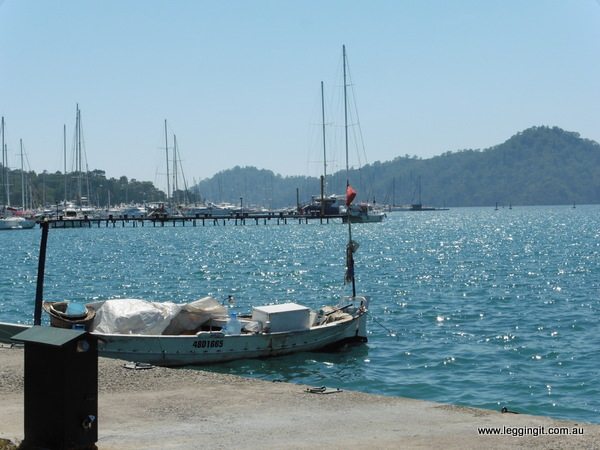 The area along the coast is quite rugged with hills stretching on seemingly forever. Not far from Fethiye we stopped off at the town of Göcek, a small town at the head of a bay. It’s pretty popular for yachts with a few big marinas in its heart. Göcek proudly boasts being part of the Turkish Riviera due to the beautiful azure waters which surround Göcek. After a coffee overlooking the beautiful bay we headed to Fethiye and on to the village of Uzumlu.
It was quite interesting riding up through the village, with old men sitting on bench seats chatting or engrossed in games of backgammon. Most of the houses in the centre of the village of Uzumlu are simple village houses built of stone, white washed and topped with clay tiled roofs. The brick paved streets are all numbered which is a bit strange but soon we found the right numbered street and dodging the subsided pavers we were soon arriving at our housesit.

The rest of the day was spent learning the ropes from Sandy and being introduced around town. We soon discovered that Umzumlu has a thriving expat community, a few of whom we met at sundowners at the Grapevine Bar. During our two weeks housesitting we have five cats, one dog and a tortoise to look after. Also Sandy feeds street cats at a number of locations throughout the village and at a specially built cathouse, which is both a feeding station and place where they can sleep. It should be a great challenge but we are really looking forward to it.