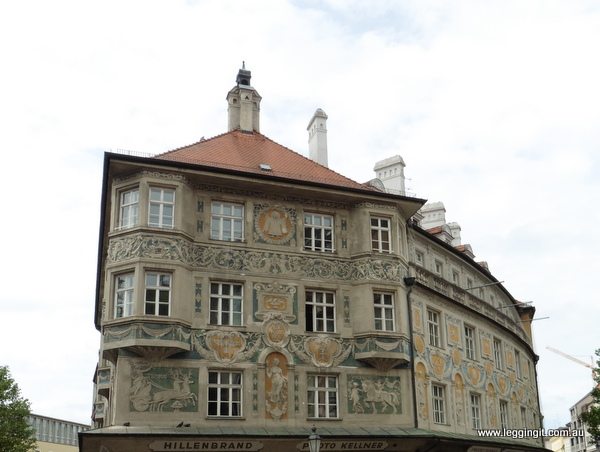 After a brief visit to the city yesterday today we headed to the centre of Munich for a look around. 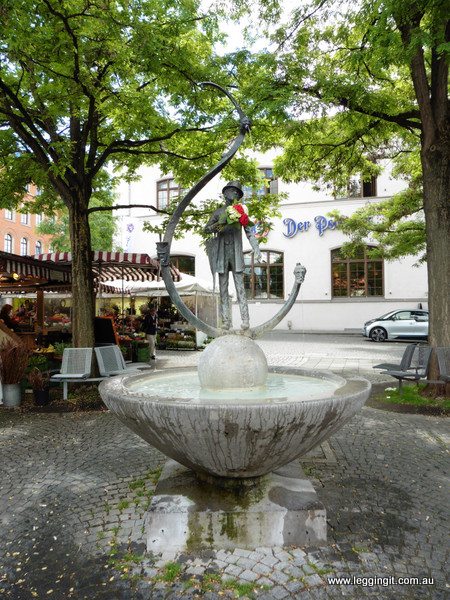 Our first stop was the Victualienmarkt where we found a spot to park the bike. The Victualienmarkt dates from 1807 and has over 100 stalls selling all sorts of food and trinkets. Towering over the Victualienmarkt is the maypole. Resplendent in blue and white stripes (the city’s colours) and featuring carved scenes from the city it really is a feature piece. It was quite lovely wandering brought the markets looking at the different flowers, cheeses, wurst and other produce.
We had heard about the Film Theater at Sendlinger Tor, with its Art Deco interior, however it was closed. It gave us a chance however to have a look at Sendlinger Tor, the old city gate built in the early 1300’s. Like in every city in the world there was an Irish Pub near the old city gates so we popped in for a meal. It was great place to get away from the bustle of the city and the meal was great. 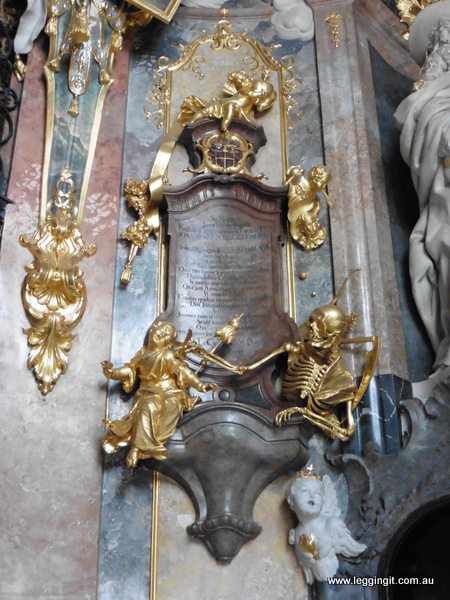 On our way back to Marienplatz, we popped into  Church of Saint Johann Nepomuk known locally as Asamkirche. Built by the Asam brothers in the 1700s as their own personal church, but eventually opened to the public.

Featured among the baroque decorations as you walk through the front door is a bizarre plaque. A gilded skeleton is shown with a pair of scissors snipping through the thread of life. Beautifully grotesque it reminds us of the delicate balance of life and death. 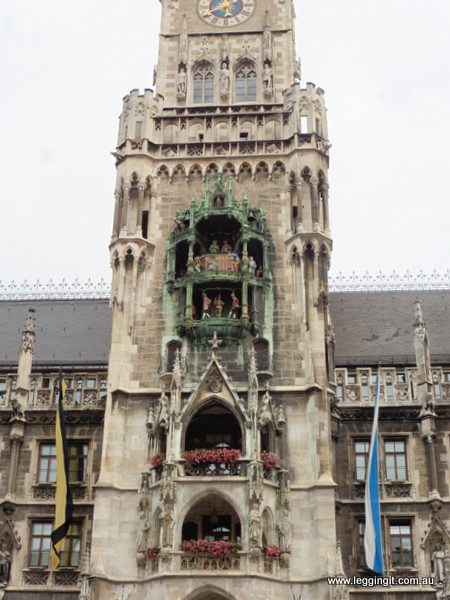 Back at Marienplatz, the main town square  where we took a look at the New Town Hall.

A crowd had gathered around the New Town Hall waiting for the carillon in the tower to start.

43 bells and 32 life-sized figures come to life celebrating the wedding of the 16th century duke. The Carillon operated daily at 11am, 12pm and 5pm, and judging by the number of people just standing around it is a popular tourist attraction. 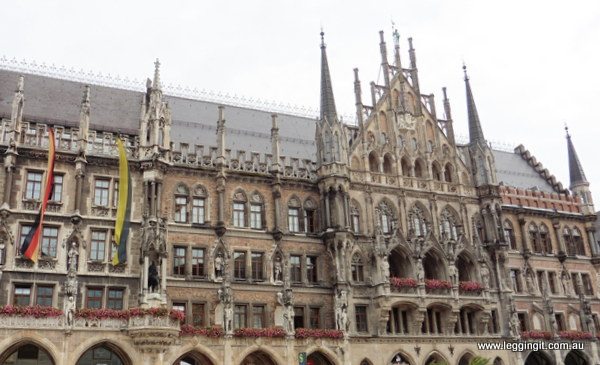 The New Town Hall has a whopping 100 metre long facade. On the walls of the facade are statues of the former kings and royals of Bavaria. It is a most spectacular building. Around the square are lots of beautiful Bavarian style buildings such as the Toy Museum. 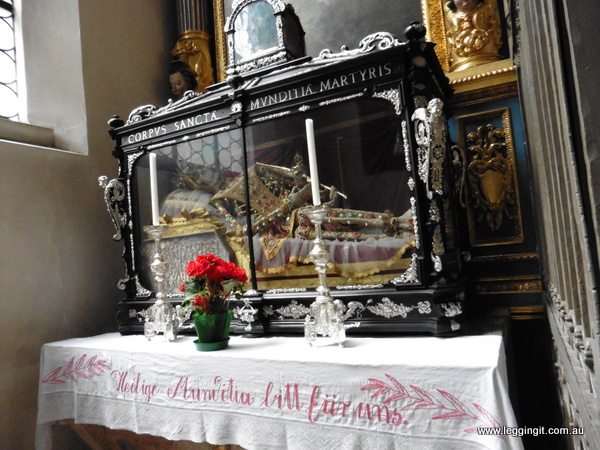 Not far from Marienplatz is the Parish Church of St Peter. The current St Peters Church dates from 1358. There had been other churches on the site since the 8th century but the great fire of 1327 had destroyed it.

Inside the church is a glass coffin, displaying the skeleton of Saint Munditia. She is the Patron Saint of single unmarried women, who supposedly was martyred in 310AD.  Her skeleton shown clutching a small container of dried blood is covered with a a body stocking covered with gold and jewels. Another of those strange but interesting things we have found though Atlas Obscura

As the afternoon progressed the hotels and cafe’s around the markets squares started slowly filling up. As people finished work they all headed for the city. Soon all of the outdoor bars around the Victualienmarkt were packed with locals chatting and drinking beer. With waitresses in traditional costume and everyone drinking beer in litre glasses it was almost like everyone is in training for Oktoberfest.

Just on sunset we headed back to the unit. Tomorrow we head to our housesit near Salzburg and a well earned rest. Being constantly on the road is starting to catch up with us and our visit to Munich was a little lacklustre. Hopefully we recharge our batteries enough to find a bit more spark.