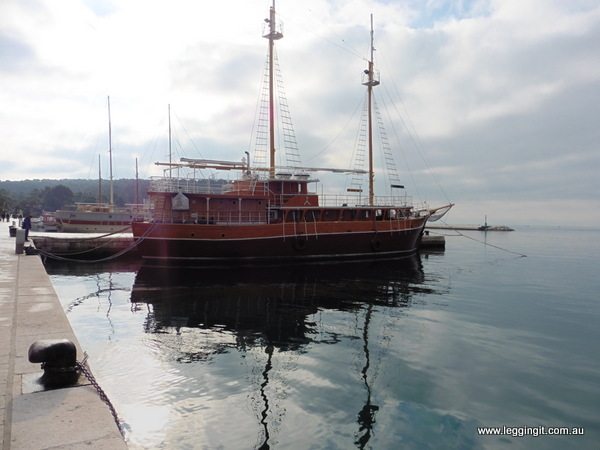 The weather forecast for the next week is for unsettled weather so whilst today is sunny we decided to do a day trip to Makarska, part of the Croatian Riviera. It is about 58 km’s from Split so an easy day trip. Unfortunately after all the lovely clear days in the north of Croatia toady it was pretty smokey and hazy. The coast south of Split is quite heavily populated with no real breaks between towns. The barren limestone mountains overlooking the coast limit just how far towns extend inland. The were a few spots which were unpopulated where we could open the throttle up and enjoy the corners. 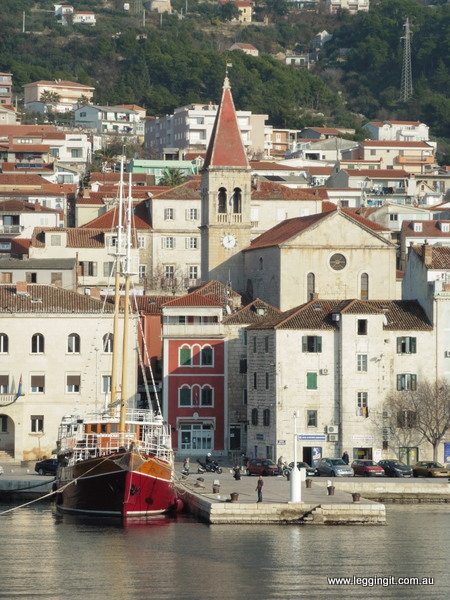 Arriving in Makarska we headed for the centre, which is the harbour area. The harbour front was packed with cafe’s and people squeezed into every sliver of sun. After parking the bike we went for a wander along the waterfront before heading out along the southern sea wall. The water was just stunning and no fancy program’s on the camera could replicate the beauty and colours we saw with our eyes.
We returned to where we parked the bike and ventured into the old part of the city where buildings of all ages overlooked the tiny streets. Only a few market stalls were left from the Advent markets and some were in the process of being dismantled, but we found one selling salami. It was beautifully flavoured salami and cheap as chips so we just had to buy some. 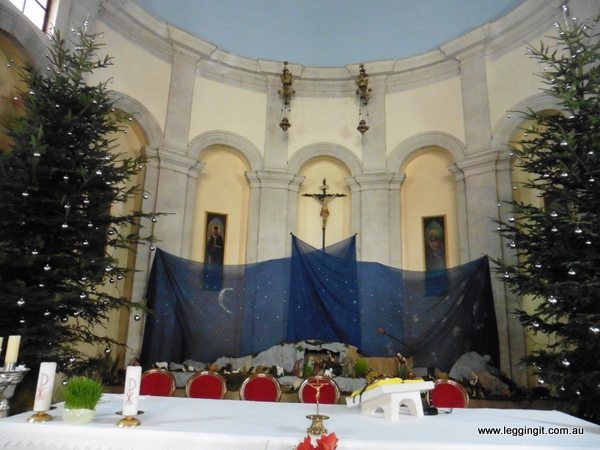 Near the markets the Church of St Mark was open so we popped in for a look. We’ve found many churches locked since we’ve been in Croatia which is a real shame. The church had a beautiful nativity scene behind the alter surrounded by a starlit sky. Although fairly plain on the outside, it’s quite ornate on the inside with decoration dating back to the 1700’s.

Out on the headland on the north of the harbour a statue of St Peter holding keys silently stands. We went for a walk out along the strand which leads to parkland which covers the headland. Along the waterfront is a large market area which just judging by the amount of stalls, must really hum during summer. Further along small jetties reach out into the water and around the edge of the water the locals have tamed the jagged limestone rocks with a bit of concrete. Pathways, steps and nice square edges make it so easy to get in and out of the water. It’s brilliant. 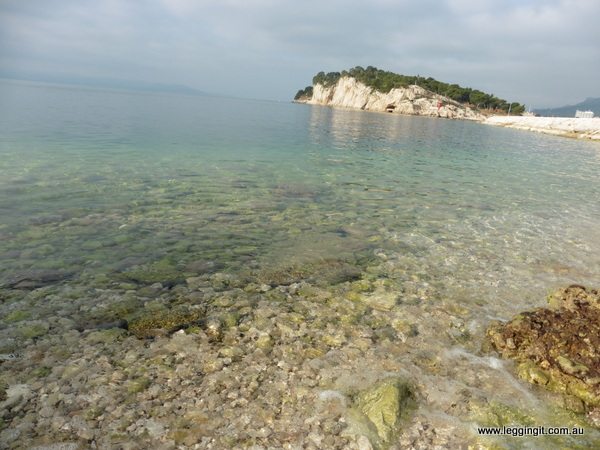 The weather was a little chilly so swimming was postponed today, although the water was so inviting. It was a nice walk around the park which is quite heavily timbered with pine. We even spotted a European Black Squirrel, but were not quick enough to take a photo as it leapt from tree to tree. 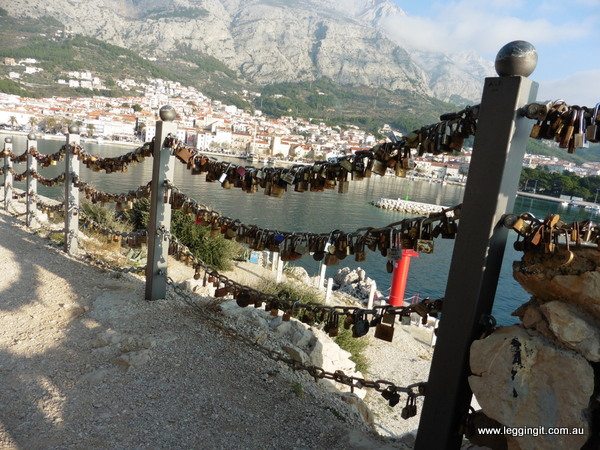 At the top of the hill just below St Peters statue we found a chain fence which was covered in locks. We’d seen this phenomena before on bridges in Koln, Amsterdam, Paris and various other places but never on a fence. A very smart local salesman has set up a small stall selling “Love Locks” nearby with a claim that the locks are an ancient Chinese tradition where the locks are a sign of undying love. They are beneath a statue of St Peter who holds the keys to heaven so of course he’ll look after the lovers keys into the afterlife.

Hand in hand we strolled back to the harbour side where we stopped for a drink and Michele had what she described as “the best pancake she’d ever tasted”. It was part of a dessert consisting of pancakes filled with berries knotted together, vanilla icecream, toffee, white chocolate, and pistachio sauce.
Whilst we were talking we decided we really like this place and will look at maybe booking an apartment here for a week or so.
On the way back to Split we stopped off at Omiš, a town famous for its rock climbing. It looked like an interesting town as we passed though on our way south. After a quick spin around town and out along the river we decided its definitely worth a visit so tomorrow we plan to return.
As the sun was setting over the islands we headed back to Split, with our plan for tomorrow in place.

8 thoughts on “Makarska – The Croatian Riviera”