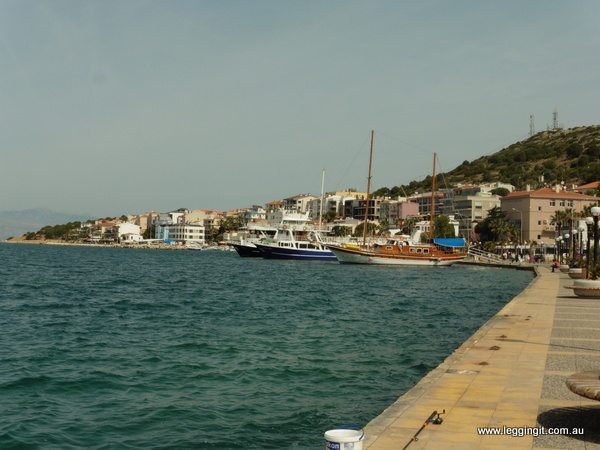 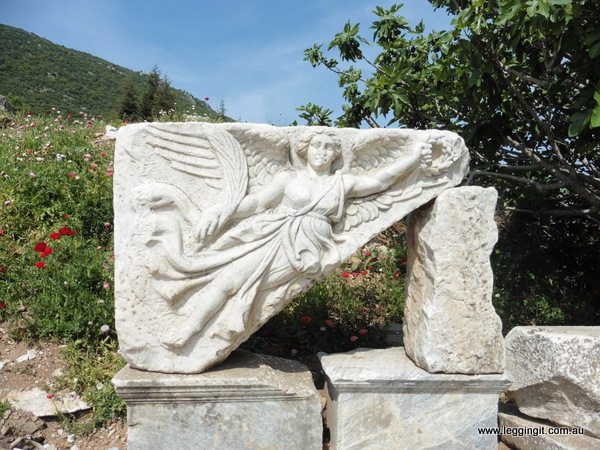 It was a nice break in Kusadasi and it gave us a chance to visit Ephesus an ancient Greek and Roman city with biblical connections. The ruins at Ephesus were quite extensive and well worth the visit, no matter how crowded it was. Kusadasi is a great spot to visit with the ruins nearby and some great beaches. When we weren’t out exploring we were either in the pool, enjoying a meal by the beach or enjoying a drink overlooking the sea.
Heading out of Kusadasi we headed along the coast. About 20 km’s out of Kusadasi we hit the reserve tank which was a shock. It also caused a bit of concern as most of the little villages consisted of just a few houses. After about twenty km’s on reserve we spotted a sign for a petrol station a few km’s ahead which eased the tension.

Towards Menderes we were detoured off the coast and up into the hills towards Izmir. It was interesting seeing fields of artichokes growing and it took us a moment to work out what they were.

As the road wound through the hills we suddenly spotted tanks, APC’s and trucks of the Turkish Army on the hills not far from the road. Further along the road on another ridge a line of howitzers stood vacant. It must have been lunch time. It seemed quite strange seeing the Army manoeuvres close up. Despite all the weaponry a local shepherd was unperturbed still tending his flock close to the Army equipment.

The diversion led us into the edge of Izmir where we headed east again to Çesme and on to Ciftlik, to the hotel. 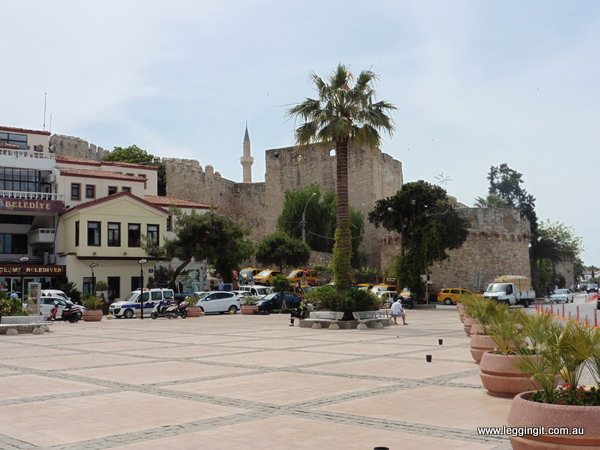 We were greeted by the owner and his son, given the choice of rooms and a cup of tea. After settling in we headed in to Çesme. Around the marina were expensive boutiques and cafes which wouldn’t look out of place in the glamorous places of Europe. In the centre an old well maintained castle and lots of lovely Ottoman style buildings. We took a ride around the peninsula and explored the countryside surrounding Çesme. Tomorrow we might visit the old castle and Erythrae Greco-Roman ruins at the village of Idiri.