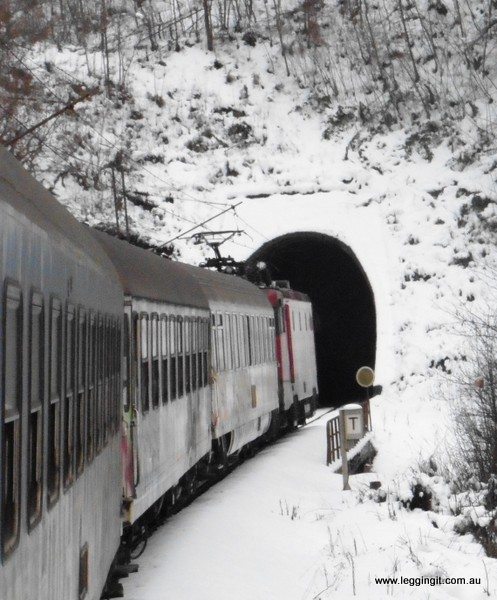 The snow and ice on the streets, had cleared to dirty sludge as we headed for the train station. Cars, trams and buses all looked a little grubby as their wheels picked the dirty slush turning it into a fine mist coating the windows and sides of the vehicles.
Unlike on our trip up to Belgrade, today we didn’t have reserved seats, for the Belgrade to Bar train. After boarding the train, we went from cabin to cabin looking for spare seats. As we passed each cabin grim faces would peer back with the “this cabin is full” look on their faces. On our way up we’d learnt one of the Serbian train tricks. You cover the seats and make it look like the cabin is overflowing to discourage anyone else from taking one of the spare seats. That way everyone gets a little extra room. We found a cabin with only two ladies and a young bloke in it and soon were settling in. It’s eleven hours on the Belgrade to Bar train, and many parts of the train line the train chugs along at only 40 km’s per hour. 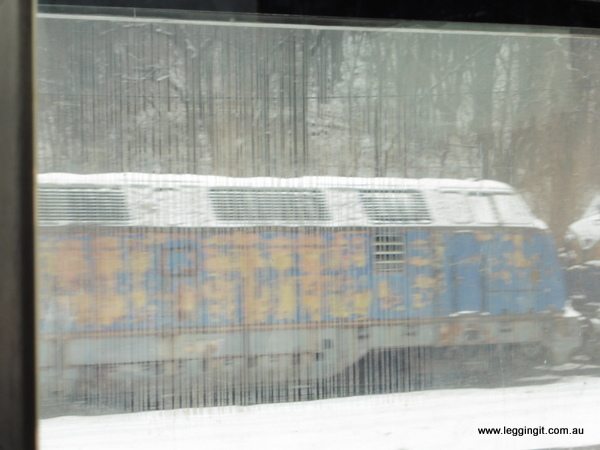 Heading out of Belgrade, it was pretty quiet in the cabin as we passed through what seemed like a train graveyard. Along the siding heaps of carriages were in various stages of decay. Covered in graffiti, windows missing, packed full of pieces removed from other carriages they sat, forlorn unloved and unused.

Michele initially complained about the coldness of the cabin but by the time we hit the outskirts of Belgrade we were all shedding layers of clothes as the sun reflected off the snow and started heating up the carriage. Meanwhile the cabin heater, stuck on full for the whole of winter was pumping out air hotter than the fires of Hades.

Strangely enough the intense heat was the icebreaker for us all (no pun intended) as the other three commented “toplo” warm. The lady opposite us, spoke a little English and remarked to the porter that we were engleski, to which we replied “ne engleski, Australiaski”. Well of course, she had friends in Australia and told everyone in the cabin where we were from. After that the journey down to Bar was quite fun. At the beginning of the journey we were speaking a mixture of English and Serbian but as the journey progressed it changed to German and Serbian. It wasn’t that hard to communicate and we learnt a little about their lives.

It was interesting that everyone in the cabin all carried homemade sandwiches wrapped in tinfoil or napkins, just like everyone on the journey to Belgrade a few days ago. They were either not fans of railway food, or just trying to save a few pennies. After talking to a bloke on the train a few days ago who only earns €250 per month, it could be the latter. 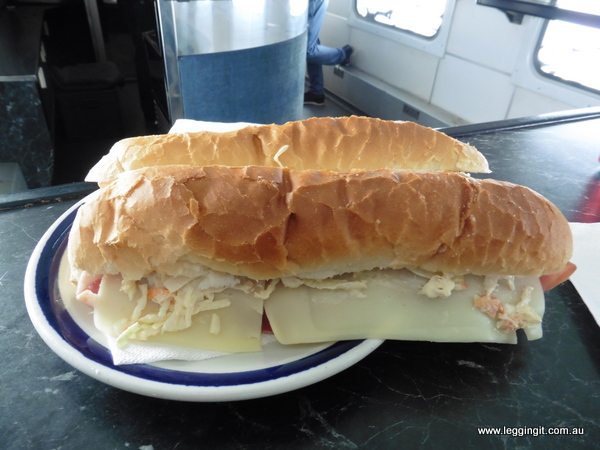 We decided to check out the dining car and were quite surprised. It was pretty spartan, with just a few benches and high stools. Everyone in the car were smoking, as if they were representing Serbia at the smoking Olympics. Not exactly the most appetising setting for a place to consume lunch. The bench top was clean however, it was probably the only surface that was. The train was really shabby. In our cabin there were different coloured headrests, the switchboard doors swung open as the train lurched along the track and the lock on the toilet door was missing. The worst part was trying to hold the door closed whilst having a pee when we went through a tunnel. It was then I discovered there was no lights in the toilet. As the train lurched back and forth I was peeing blind. 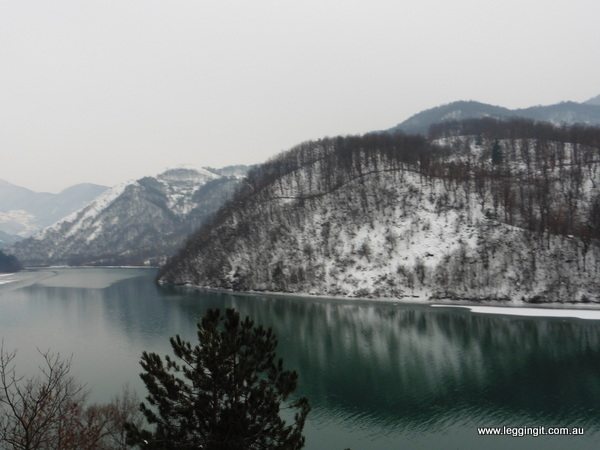 Saying that, although the train was pretty rough, it was still a great journey through snow covered mountains, pine forests, along frozen lakes and rivers. It was just as much fun as our trip to Belgrade. The ladies kept us amused all the way to Podgerica, where they left us, but not before we were invited to visit. After the ladies left the train a tapping at the window surprised us. There at the window was Milena holding her black poodle up to the window and waving us goodbye. When we head back through Montenegro in February we’ll certainly pop into Podgerica and stay. 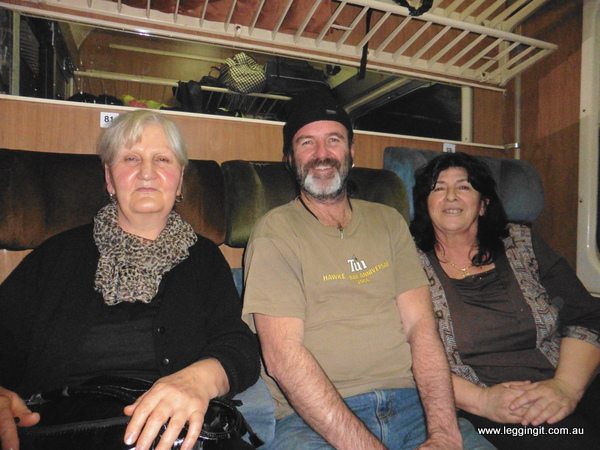 It was nearly nine o’clock by the time we arrived in Bar, where a friendly taxi driver was waiting for us. He took us on a little tour pointing out the features of Bar on the way to the apartment, which was quite nice. Tomorrow we pack up and head to a new apartment in a village between Budva and Kotor.