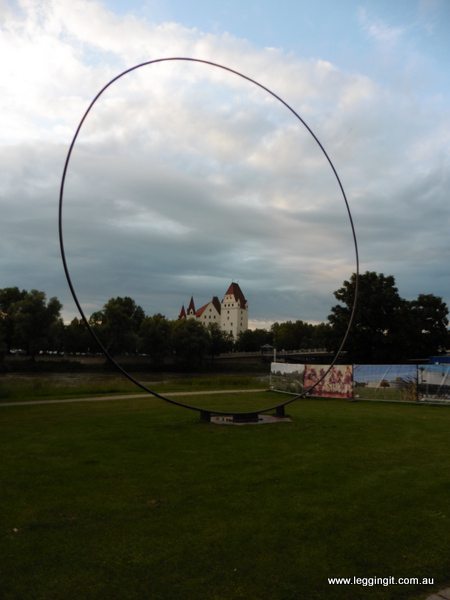 Waking up in the Sound of Music house this morning was almost like living a fantasy, today we are heading to visit friends in Ingolstadt Germany. But before that we decided to enjoy every moment here and enjoy breakfast at Villa Trapp. Breakfast  was served in the dining room with a long central table dominating the room much like in the days of the original owners. There was no shortage of food and we had a nice variety of breads, spreads, yoghurts, cheeses, meats, cereals,juice, coffee, fruit and nuts.
We lingered over breakfast as we only have a short distance to travel and got to meet some of the other guests. Some were fans of the musical and others not so much. It was an interesting mix of people Germans, English and a Finnish man. For Michele it was a chance to talk to other people apart from me which she really relishes. 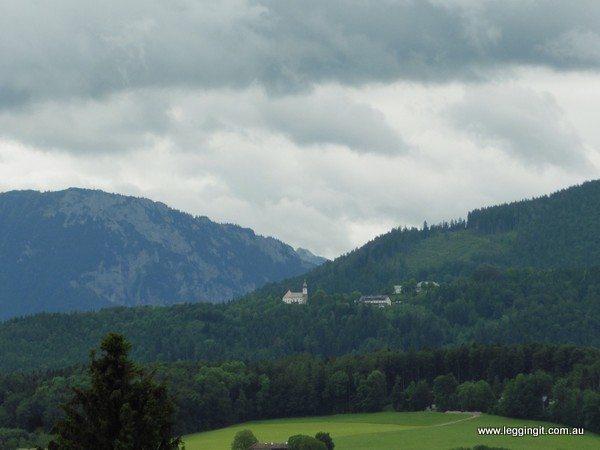 I packed the bike with light rain falling and once it eased we headed off. The hotel was close to the edge of town and within minutes we were out in the countryside heading north. The weather conditions weren’t great so we got straight onto the autobahn towards Munich. We crossed the border from Austria into Germany without even noticing, as there were no signs saying goodbye Austria and none welcoming us into Germany. It seemed a little odd.

Don’t listen to anybody if they rattle on about how great autobahns are because once again the autobahn was slow moving. It was just lucky that we were on a bike and could filter through the stationary vehicles. Around Lake Chiemsee the traffic had ground to a halt. The only reason I can make of this is that everyone’s looking at the lake covered in yachts. Every time we’ve passed it recently it’s the same.
With ominous grey clouds forming we skirted around Munich towards Ingolstadt. 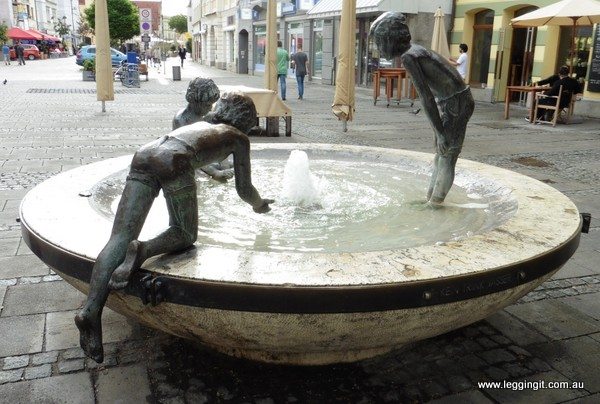 The city of Ingolstadt is home to about 130, 000 people. It is also the home of Audi which is the major employer with a large production plant and support industries. On one of the roundabouts there’s even a huge silver Audi A4 statue.
Sure enough before we reached the city it started raining and continued all the way. The centre of Ingolstadt was blocked off for the Triathlon, that one of our friends is competing in, so trying to navigate around was impossible.

Eventually we located a McDonalds to get out of the rain and get some wifi. It gave us a chance to dry out a bit. Despite wearing wet weather gear eventually the water finds a way in.

Once the triathlon was complete we caught up with our friends Sabrina and Jono. After hanging up all our wet gear to dry we caught the bus to the aldstadt. 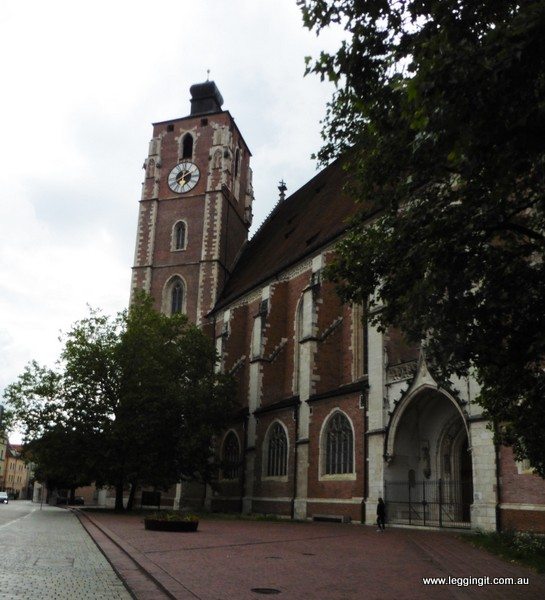 The aldstadt has many old buildings including the old city hall, the Church of Our Lady,the old city gate (the Kreutzor) and the old casement. Our friends took us on a tour pointing out various buildings and telling us a little about Ingolstadt. 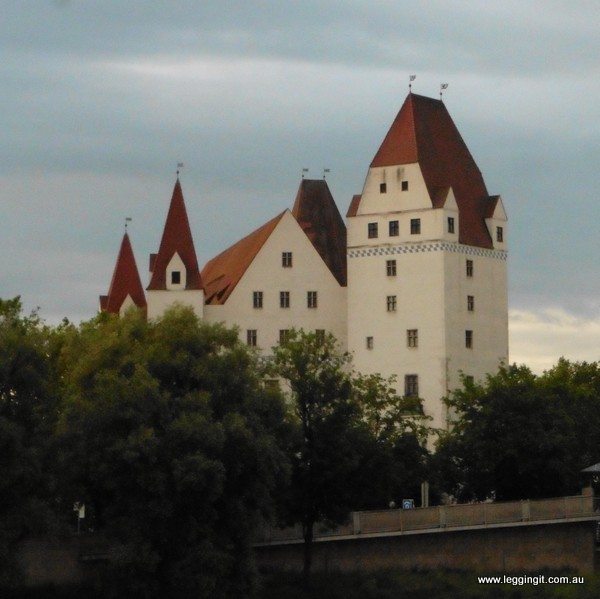 After a meal at a local restaurant we headed to the suburbs to a traditional Bavarian bar where we caught up with our friends flat mates.. In the garden long wooden tables and bench seats were lined with Germans watching the soccer, Euro 2016. Tonight Germany was playing Ukraine. We arrived just in time to see Germany’s opening goal which had everyone up on their feet. Michele missed it as she had just walked outside when they scored. Later she missed the second goal as she headed off to the toilet. People began to ask her to pop out for a second in hope of seeing more goals.
We spent a nice night eating, drinking and catching up with friends before walking back to our friends house.

Tomorrow we head to Gössweinstein in southern Bavaria.