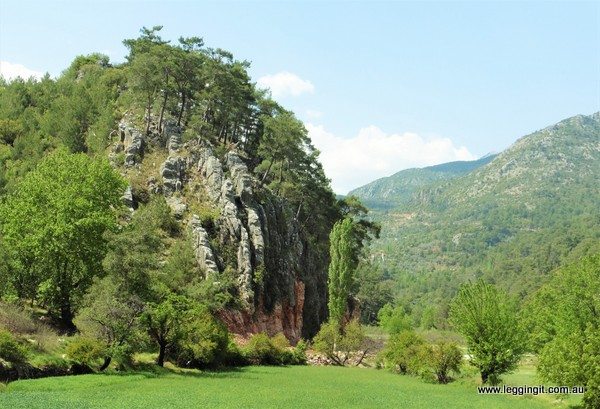 Today to took a ride to Ören with one of the expats from Uzumlu, Eddie the computer whizz. One of his passions is getting on his Honda CRF 250 and just seeing where the road leads to. He’s been all over the hills around Uzumlu and the surrounding district following trails just to see where they go. When he asked us if we wanted to go on a ride with him we jumped at the chance.
He met us at Sandy’s and we set off, winding through the narrow streets of the village of Uzumlu. We turned onto the Uzumlu to Ören road and headed out of the village. The road was nice and windy passing through farms growing fruit and crops of wheat. 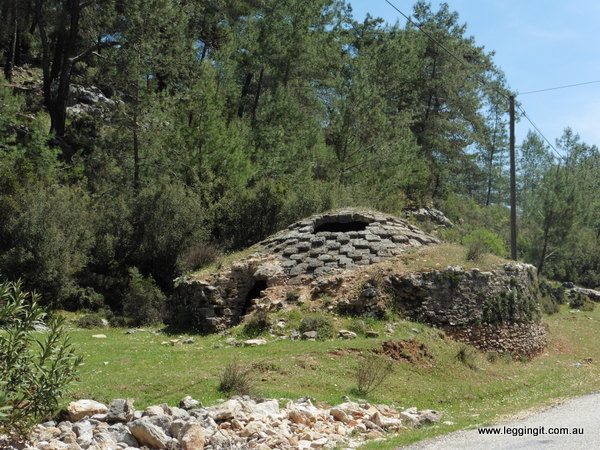 Not far from Umzumlu we passed an old roman water well. It’s a round domed structure with one entry door built from stone. Many of the others we’ve seen have been plastered and whitewashed but this one has neither, just hexagonal stones slotted together. 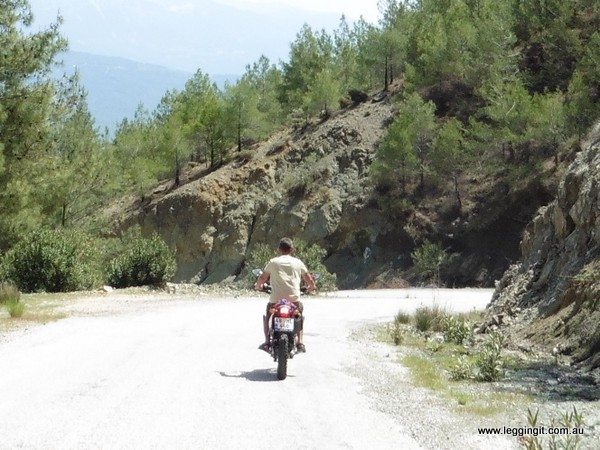 Further along we passed the turn off the Cadianda and the last of the farms. The road started winding up through pine covered hills before descending down into the valley. It was nice riding with heaps of twisties, and great views, however there wasn’t much time between corners to look at the scenery. Eventually the road flattened out as we reached a wide valley framed by hills and snow covered mountains. Throughout the lush valley fruit trees and fields of young wheat glistened in the sun.

Near the centre of a village old blokes sat around a table playing backgammon and drinking tea. Meanwhile farmers with their wives perched on the guard of the tractor headed along the road. Young guys on their flashy little Mondial 125’s zipped past in a flash of shiny chrome. 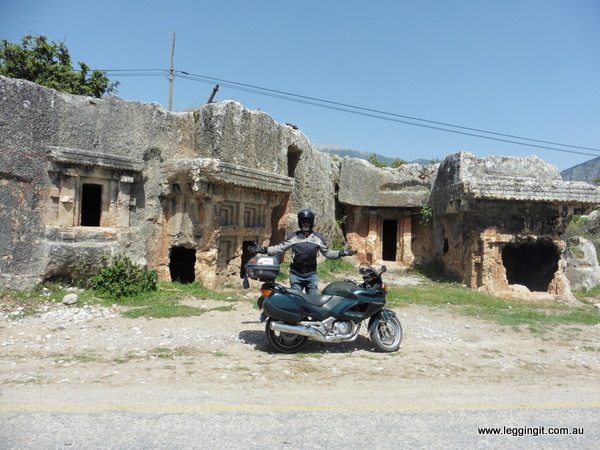 Along the road to Ören Eddie signalled us to pull over. Into a low rocky outcrop only about 15 feet high a series of Lycian Rock Tombs had been carved. It really was a most unexpected discovery in the most unlikely spot. 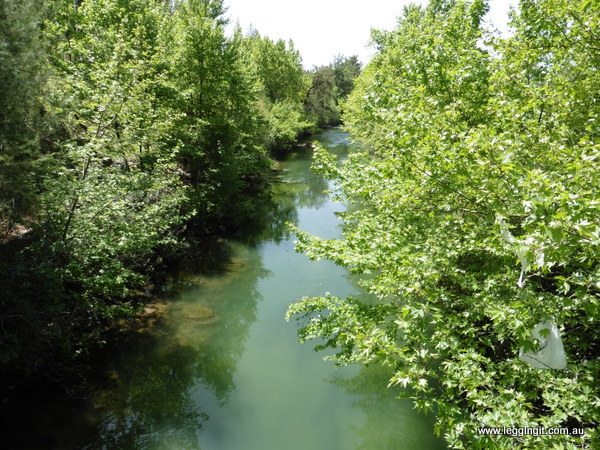 We then headed into Ören via the local river normally there are terrapins but of course not today only a snake Michele spotted swimming through the water.

In Ören Eddie led us to his favourite restaurant and we parked up. The restaurant was a tin shed, a little smaller than my garden shed at home. It was packed with old guys smoking so we found a table outside and ordered kebaps. As it was a rare treat for non locals to visit high backed chairs were found and we reclined in luxury waiting or our lunch.

We were served Ayran, a salted yoghurt drink which so many people in Turkey drink that it’s considered to be the national drink. Soon our kebaps arrived, chicken and salad stuffed into a bread roll pocket. Unlike the other kebaps we’ve had so far this one was overhead in spices, which made it so tasty. A lot of the food dished up to westerners can be a bit bland because they town down the flavour. Here in Ören we were eating what the locals ate. He place was pretty popular as people streamed in and out of the shed. We finished with a glass of çay, another national drink. When it came time to pay lunch and drinks came to the grand total of 10TL ($5 AUD) for 3 kebaps and drinks. Unbelievable.

On the way back to Uzumlu we took the back road towards Kizibel. The river which ran through the mountains and down through the valley is now just a trickle. Like most places inTurkey the river has been dammed or hydroelectric and the excess water runs through concrete irrigation canals into smaller channels. The wide river bed is now just a rocky gully. 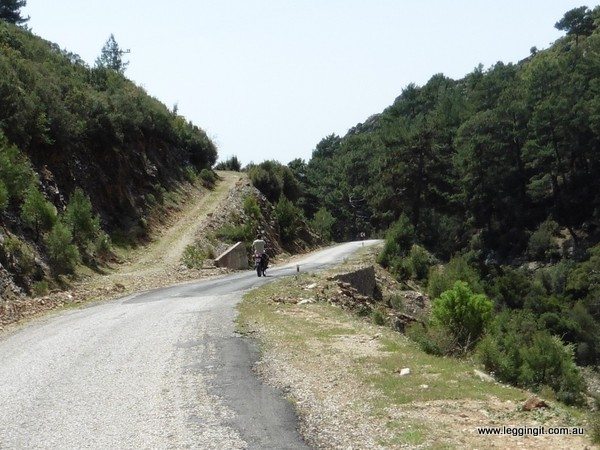 Following the river we headed up into the hills, once again passing brought pine forested country. 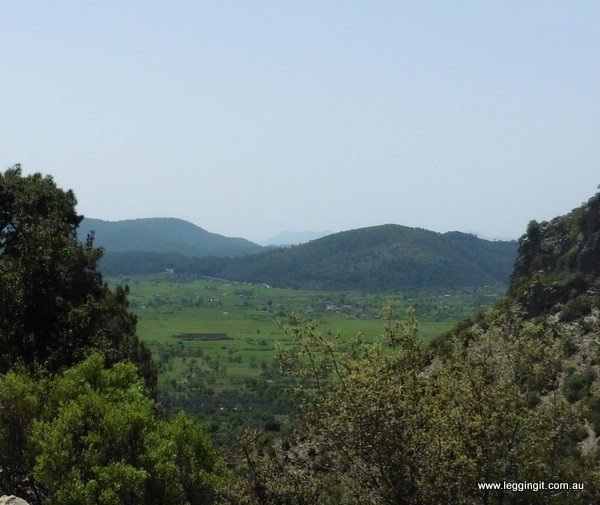 It was a quick run down the hill and up the Main Street of Uzumlu arriving just in time for afternoon drinks with the gang at the Grape Vine. It was a great days riding and we were so pleased that Eddie invited us along to show us his secret restaurant.