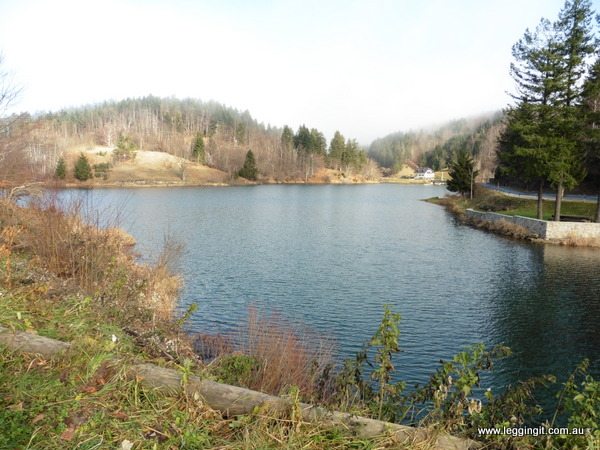 Today we headed out to Mrzla Vodica. After getting lost on the way there yesterday, today we are sure we’ll find it. We even checked the map. 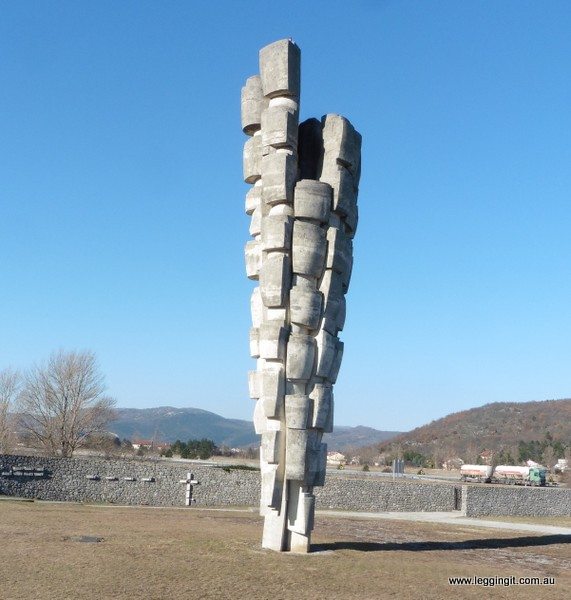 The road took us out through Čavle, however, today we turned right instead of left. The road took us past a strange monument to the victims of fascism. It was built in the 70’s by the Yugoslav government to commemorate the massacre at the nearby village of Podhum. In 1942 the Italian Army executed 128 villagers,destroyed 320 houses and the deported the remaining 889 villagers to concentration camps. It was part of their ethnic cleansing of the area to deny the partisans of Josef Tito support. It’s a strange looking concrete monument in the middle of nowhere alongside a freeway which is a little abandoned. 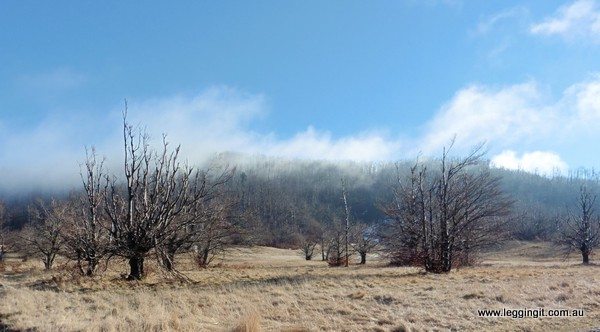 Leaving the monument we headed further up into the mountains which overlook Rijecka and what a great view. It was a little cooler close to the top of the mountain range and patches of snow bore evidence to this fact.
As we passed over the ridge line and onto the road to Mrzla Vodica we noticed the style of housing was vastly different to those on the coast. Houses which wouldn’t have looked out of place in the alps were dotted about here and there. Recently the area had been hit by the Bora, a cold northerly wind which Croatians fear. It had dumped a bit of snow but also the 160 kph winds had wreaked havoc to the trees. With the fog which enveloped the mountain road they were really eerie.
As we wound down into the valley Michele was starting to have second thoughts as she was certain it was snowing again. I could hardly see out of my helmet and when I lifted my visor the icy wind just cut through my eyes. Up and down with the visor while furiously trying to clear it, was the only way to get through. The roads were a little slippery with piles of grit used during the last snowstorm like patches of ball bearings. 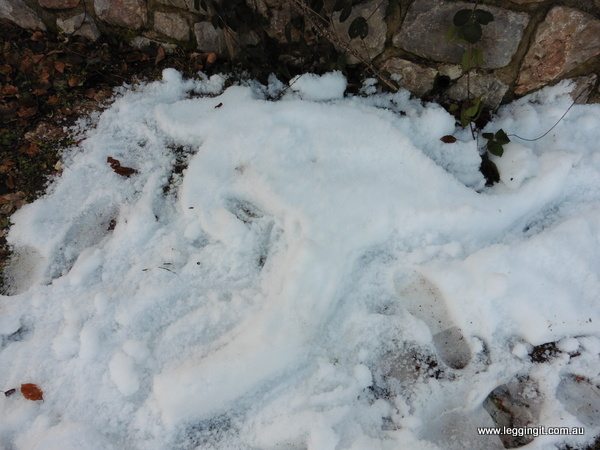 Eventually we found the lake and after building a snow kangaroo headed for the cafe (with a motorcycle on the roof, and the sign bikers welcome)to defrost our hands. On the wall of the cafe were pictures and articles from the local fishing competition held in the lake just outside the door. In the pictures heaps of tiny boats were packed into about 100 square metres of water. If you’ve ever seen the show River Monsters, I swear there were pictures worthy of the show. It’s amazing the size of fish that had been caught during the competition. 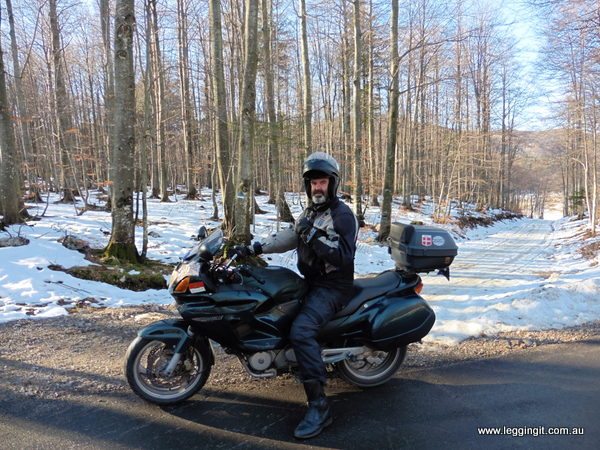 Once we defrosted we took a ride around the surrounding hills before heading back to the main road and up the road to the ski resort of Platak. The sign at the entrance was pretty confusing with times when the road was open, so we just ignored it. It was a nice ride up the mountain with lots of curves, lots of forest and lots of snow (on the side of the road). It’s pretty amazing that only about 15 km’s away in Rijecka the weathers beautiful, yet there’s snow on the ground up here. Eventually we run out of road, so took a look around and found the place was deserted. The poor showing of snow in the region has put off any thoughts of a ski season. However, for us not being used to snow even a snow-cone is exciting.

It was a nice run back down the mountain with views across the valleys below all the way to Rijecka, the sea and islands. Just stunning. Instead of heading back to Rijecka we took the back road which took us through the little village in the hills above Bakar where we stopped off at Bajta Grill. What an interesting decor this little place has. There’s all sorts of nautical bits and pieces throughout the bar, a nice cozy dining room and a patio area. A mixed platter of meat was on my mind, whilst Michele was after chicken schnitzel.

We had a good chat to the waiter there who confirmed for us that the unseasonal hot weather was bad for business and the environment. The local area needed a heavy snow to control insects, so he was worried about the coming summer. The lack of snow also was affecting his trade as there were less people passing the bistro. What a shame because it’s a great spot with heaps of character. 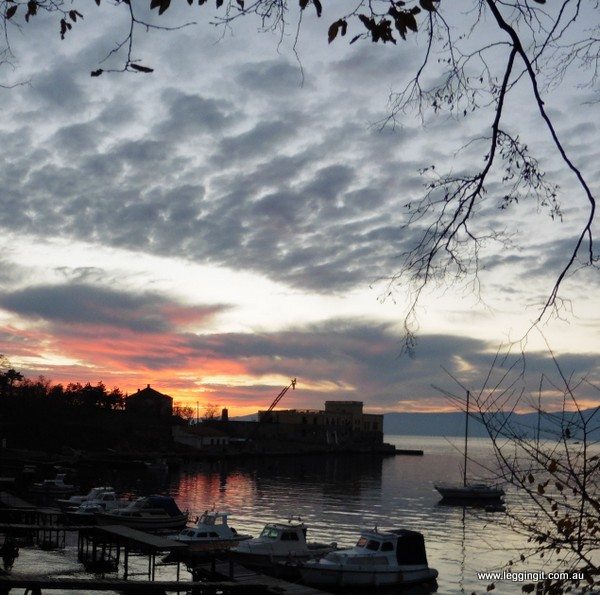 The ride down the hill towards Bakar then around the bay and over the top of the hill into Kraljevica was stunning.

Arriving back to the apartment late in the day left us a few hours to walk around the bay as locals readied their boats for a late afternoon fishing trip. We just can’t get bored of this vista. Tomorrow we head south to Zadar. It’ll be sad to leave this wonderful place.