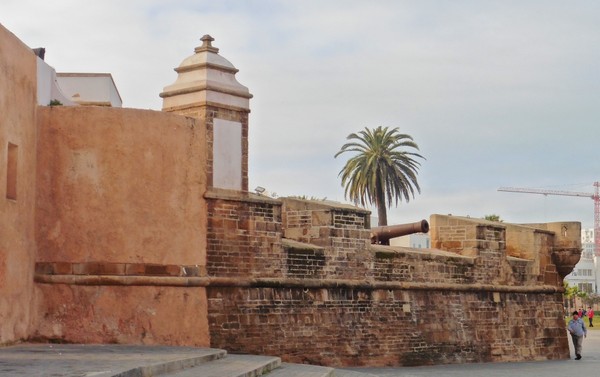 When you hear ‘Casablanca’ you automatically think exotic, many people have heard of due to the movie of the same name and that’s probably about all they know about it.

Well after spending a few days in a self contained unit in Maafi we got to see a little bit of Casablanca, not all of it in the tourist guides. If you google “things to do in Casablanca” or go on Tripadvisor you’re going to be disappointed because there’s not a great deal of things to do which is different from the other cities of Morocco.

There’s the Hassan II Mosque which boasts being the third largest in the world. There’s Ricks Cafe, not the real one from the movie Casablanca but a copy which recreates the famous setting. One thing to remember is to check the opening times. We arrived at 6:30 pm thinking we could grab a coffee and a meal only to be told that it didn’t open until 8 pm. Apart from that there’s a few museums, Square Mohammed V, Playas Ain Diaby and Parc de la Ligue Arabe (which we suggest to avoid after dark) There’s also a few churches and cathedrals which have fallen into disrepair since Morocco gained independence and the French left. There’s the usual walled medina (town) and souk (market).

Well Casablanca is the business heart of Morocco and many international companies have their offices here. Being the business heart the buildings trace the different periods of architecture with all different styles. Around the centre of the city are areas of Art Deco, like the Cinema Ritz and Maroc Deco a fusion of Moroccan style and Art Deco. There’s Africa’s first skyscraper Immueble Liberté built in 1949 and examples of different architectural styles such as Cubist, Brutalist, and Post-Modern. It may sound like a bit Ho hum but after visiting The Barbican in London we’ve started looking at buildings a little closer and Casablanca has an interesting blend of styles.

The beauty for us as always however, was just mixing with the local people. After the first day of eating in the more stylish cafe’s on the Main Street we decided to look around the back streets closer to our accommodation. Quickly we found lots of little hole in the wall cafe’s and restaurants which served fresh food, pastries, coffee and mint tea. A sure sign of a good cafe usually is lots of people. That way food is always fresh. Just off the Main Streets in Maafi are lots of small stores which sell all sorts of things and it was really worth just walking around checking things out. There are heaps of department stores and all the brand name shops throughout the city but it’s nice poking around the little shops.

We met up with two young men through couch surfing who offered to show us around Casablanca. It was an opportunity for them to practice speaking English with native English speakers. Remarkably the two men had only been learning English for the past three months.

Their English was fabulous although poor Zac was stuck with Ron whose Aussie accent is even a challenge to native English speakers but he persisted. They took us for a tour of the city which took in the old medina, through the souk and winding though tiny side streets. There were all sorts of things for sale with vendors trying their hardest to gain our interest. Walking through the markets really is amazing with all sorts of things which catch the eye and spark the brain to think ” wow that’d look good in ……” There’s the little shop fronts the size of a broom closet which is a corner store piled high with everything you need at home. Also the barrow-carts full of meat, veges and fruit.

Being with locals we stopped at a local restaurant also about the size of a broom closet, not far from a tourist restaurant. Sharing a tagine wasn’t a big deal for the two young men but for us eating a tagine with our hands was a bit different experience. Although we’ve eaten Indian foods the traditional way, eating with our hands is something which we don’t practice very often. Using the bread which was served with the tagine we used it to scoop up the mince and egg combination. There’s an imaginary line which runs through the tagine which you eat to. That is unless you’re ravenous then it’s a race for the centre.

It was an interesting experience and because we ate local also very cheap.

Like us whenever Moroccans have time off they like to get out. Square Mohammed V and Parc de la Ligue Arabe which runs through a large area of the city were quite busy. The parks, malls, beaches normally have lots of boys or men playing soccer (football) and women sitting around chatting. Not everyone can afford to eat out but it seems restaurants and cafe’s aren’t concerned if you turn up with food. I suppose their theory is eventually you’ll buy a drink. We caught the tram out to the beach in Casablanca to Playas Ain Diaby and enjoyed a coffee in one of the cafe’s overlooking the beach on Boulevard de L’Ocean Atlantique which quite happily plated the pastries we had bought at another patiserrie.

Casablanca’s tram system is quite a new addition actually it’s only been running for about 1 year. It seems not only the Europeans are installing and reinstalling trams. To think Melbourne was seen as unfashionable for hanging onto her trams. I suppose like fashion wait long enough and things come back into fashion. The tram system of course in Casablanca is quite ultramodern with beautiful new quiet trams however for the average local they’re still very expensive and only run on two routes.

Whilst in Casablanca we visited the Hassan II Mosque. It overlooks the sea and a lot of locals pack a picnic and head down to enjoy the huge tiled forecourt which surrounds it. The mosque is quite a beautiful structure with lots of ornate architecture. It’s the worlds third biggest mosque and boasts the worlds tallest minaret. It’s possible to view the inside of the mosque for non muslims but as we arrived during prayer time we weren’t able to have a look inside. Whilst trying to slip in we met up with four Polish travellers who were also trying to have a look inside and like us were also unsuccessful. It was nice chatting with them and hopefully our paths will cross again.

So after spending a few days in Casablanca what are our thoughts. Well it’s an interesting mix of old and modern. People using pushcarts, donkeys and ultra modern trams. There’s all the brand name shops and the smaller shops a short walk away. Big supermarkets and little corner stores. Cafe’s such as the one next to the American embassy where we spent more on one can of coke than the cost of breakfast for two in a local restaurant. Something for every budget. The thing we most enjoyed of course was the human experience thanks to the people we met.

One thought on “Things To Do In Casablanca”