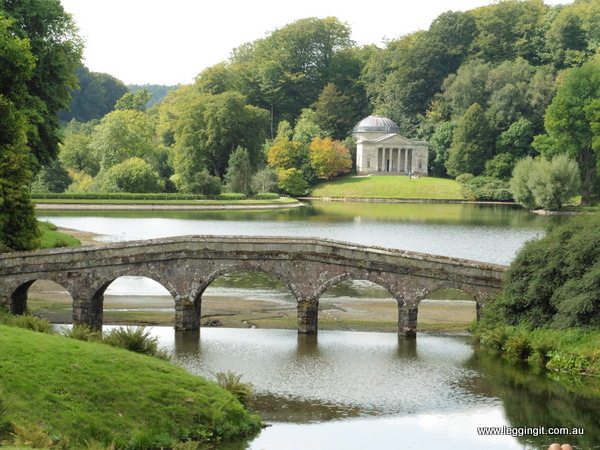 It was kind of sad leaving Sarratt as we head towards Cornwall but we were looking forward to our stop at Stourhead Gardens one of the gardens on Michele’s hitlist.

We are just seeing the change of seasons as we head through Hertfordshire and Buckinghamshire counties. A month ago where golden fields of barley stood there are now fields of stubble. Now farmers are busy cutting and baling in golden fields of hay. It’s the sign that autumn is upon us.
As we headed south west we came upon one of England’s most recognisable sights, a traffic jam. It was all banked up for miles, so we just pulled out and cut up the centre. We soon discovered the reason for the traffic jam. It was another of England’s most recognisable sights, Stonehenge. It looked quite different from all the other times we’ve seen it. Most times we’ve seen it the skies have been grey and overcast. Today it was bright sunshine and somehow the stones didn’t look quite as impressive. What is fascinating however is the way Stonehenge just pops up out of the landscape. Due to its location you don’t see it until it is quite close and it’s like boom. It’s there, and it’s massive. 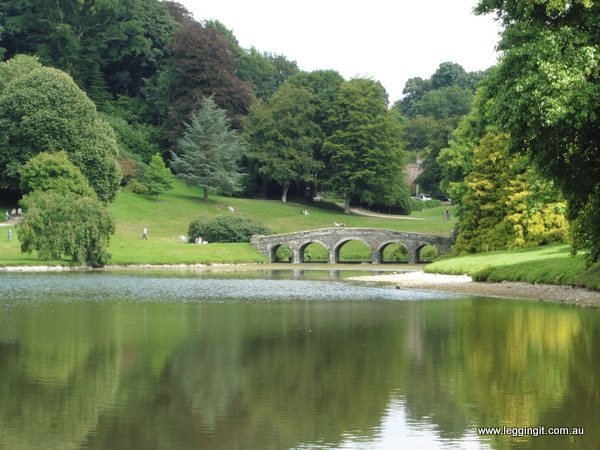 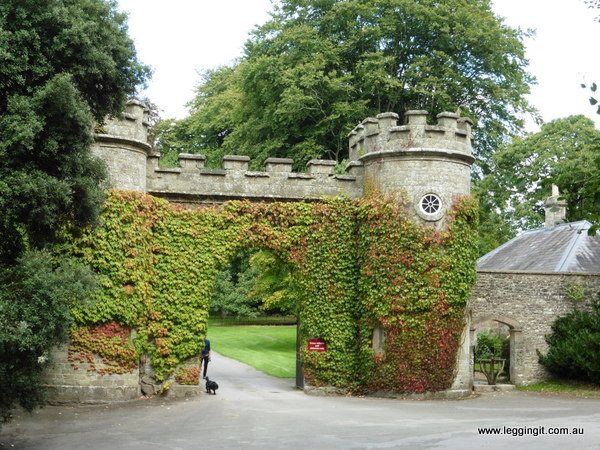 Eventually Henry Hoare purchased Stourhead Estate in 1717 and set about transforming it into a real Georgian masterpiece. Stourhead mansion was demolished and a Palladian Style mansion designed by Colen Campbell replaced it. Stourhead Mansion was one of the first of this design to be built. The gardens were laid out by Henry Hoare who was a keen art collector. It was from his love of art which he drew his inspiration to design the gardens. Infatuation with ancient civilisations was all the rage in the early 1700’s. Here at Stourhead Henry would create a garden inspired by a grand tour of Europe.

Arriving at Stourhead we spotted a farm shop near the car park selling farm produce. There was all sorts of pickles, cheeses, meats, jams, fruits, vegetables, cider and pastry. There were some great looking pork pies, sausage rolls, and pasties., so we just had to have some. 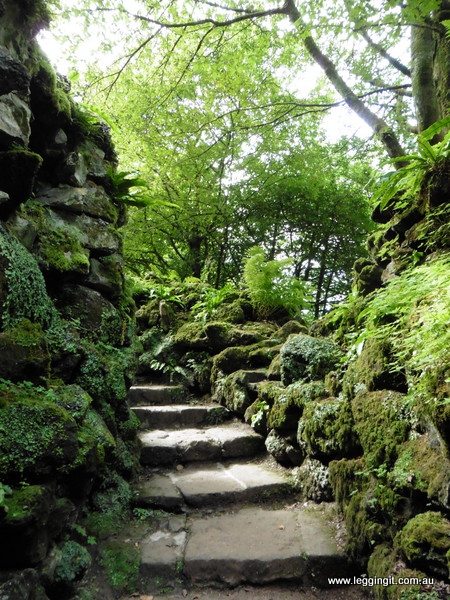 After lunch we headed over to the entry to check out the gardens. The National Trust have quite an extensive garden centre, cafe and shop in some of the buildings at the entry. There’s always something to take home from a visit. We always end up taking home a heap of second hand books which now overflow the pannier on the bike. From the entry the pathway snakes down through gardens to the Stourhead Manor House. Around the Manor House are traditional gardens and a walled vegetable garden. We decided to skip the house and head down into the main gardens. In the gully below the house lovely stone buildings which were formerly out buildings and stables surround the Spread Eagle Inn. It quite interesting how the facade of the buildings facing the road were all built of stone however the back sides were all built from red brick. These days the buildings are gift shops and toilets with seating around the trees in the centre. 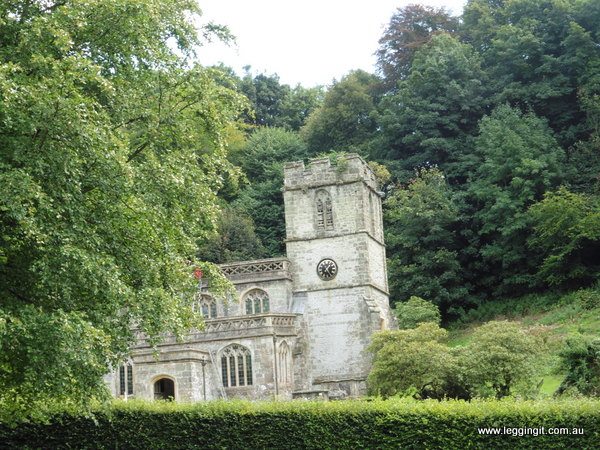 The road past the Inn leads past a small family chapel to the 14th century market cross from Bristol with its huge spire. It was from here that we got our first glimpse of the lake. 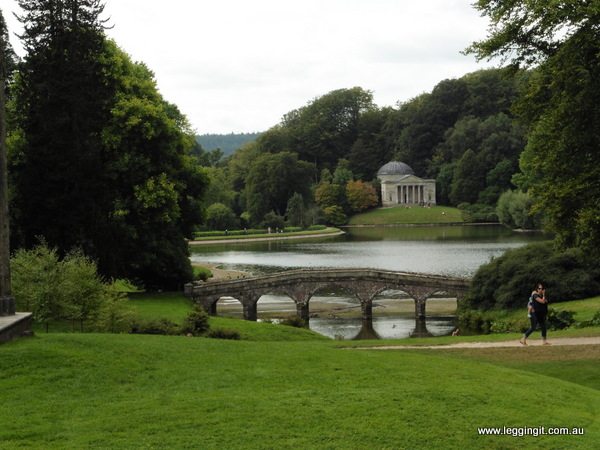 The gardens are set around a man made lake Henry Hoare created, by damming the small stream which flows through the property. At the head of the stream flowing into the lake a simple stone bridge draws the eye towards the pantheon on the far shore. It’s one of the illusions if that’s the right word, of the garden. There’s always something to draw the eye, and make you want to visit. 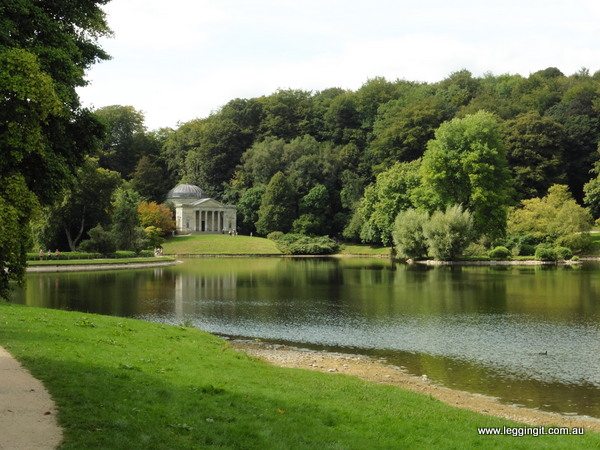 Around the lake the panorama is just spectacular and on a hill high above the lake the Temple of Apollo has the best view. The ancient inspired temples were all the rage in the Georgian period to give gardens an ancient feel. The walk around the lake to the Pantheon was a little further than expected but quite well worth the walk. Set on a hill overlooking the lake the Pantheon has been restored to its former glory inside with many reproduction greek statues installed. 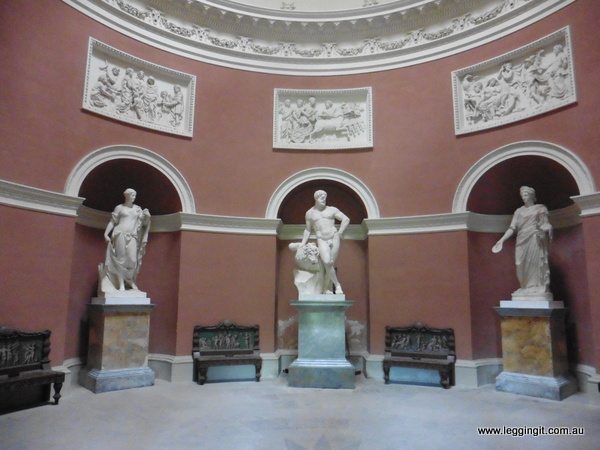 There was a guide on hand to explain the significance of the statues and to explain which one was Hercules and which one was Diana. The guide was a fellow motorcyclist so we had a great chat about motorcycles too.
From the Pantheon we had views back across the lake to the Temple of Flora and the stone bridge. The lake panoramas were quite stunning. 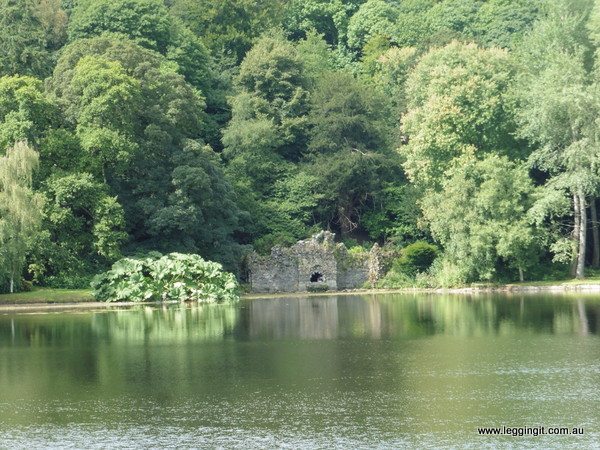 As we continued around the lake we passed a Grotto. It seems that every Georgian or garden from that period in Europe has one. Made from coral like limestone they represent a cave or such usually with an ancient statue inside to discover. 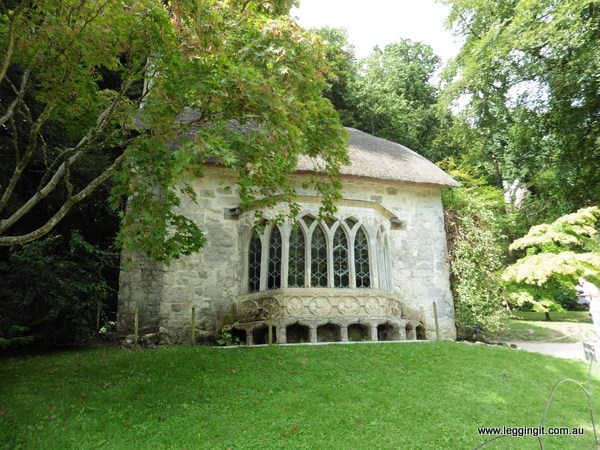 Not far away a thatched hut with gothic style windows was quite interesting. It’s the first non religious building of this style we’ve seen. Originally a shepherds hut or park wardens hut the addition of Gothic windows and arched door added an old English feel to the gardens.

The gardens and lake would be the perfect spot for landscape painters. With the changing seasons and different light there would always be something to paint. There’s also the different temples and buildings to paint and draw so you wouldn’t need to head to Greece to gain inspiration. 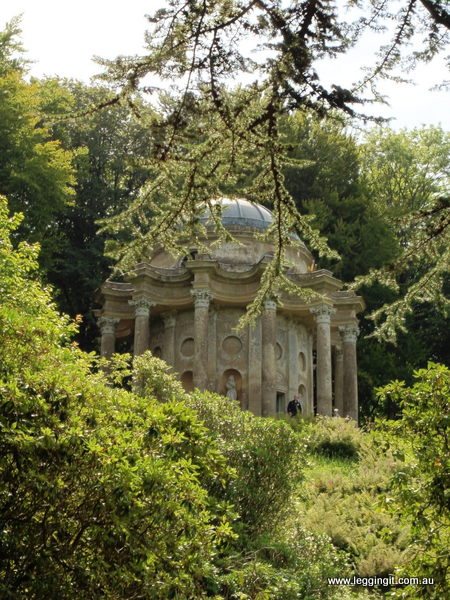 By the time we walked all the way back around the lake to the Temple of Flora we were ready for a drink. Thank goodness the Spread Eagle Inn was not too far away. Maybe that’s where they got their name. After walking around the lake you just collapsed spread eagle on the floor of the pub. It’s a beautiful little pub and siting near the window we realised that the windows had 18th century graffiti on them. In copperplate handwriting many patrons had scratched their names messages and dates into the glass.

After a refreshing ale it was time to get back on the bike and head to Honiton in Devon.

For current information on visiting Stourhead check here
It was quite interesting noticing the subtle changes in landscape and crops. As we headed further south west the landscape was a lot greener, with lots of pasture, corn and sheep. The big plains of Wiltshire are all gone replaced by smaller fields surrounded by hedges.

It was getting late by the time we arrived at Honiton and headed on to Fenny Bridges to our hotel. 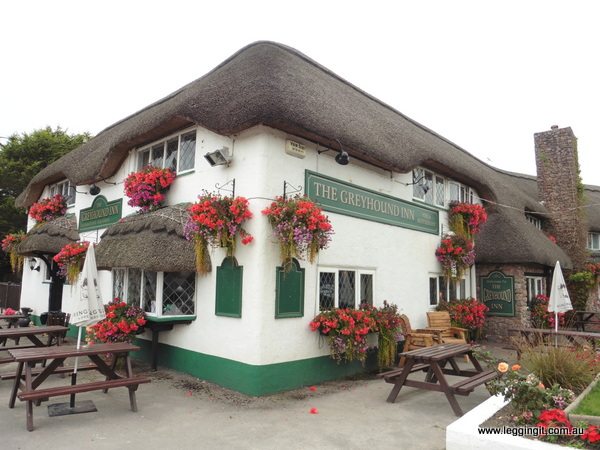 The hotel proudly boasts that there’s been a drinking establishment on the site since 1089. In 1549 the landlord was dragged out by the English troops before being hung, drawn and quartered at the Battle of Fenny Bridges, during the Anglo-Cornish War.

In 1968 the hotel was destroyed in a fire but rebuilt in 1972. In the bar there’s still a few charred beams and blackened stone which bear witness to the fire. If we hadn’t read the inns history we wouldn’t have guessed that it had been destroyed by fire.
After checking in we were shown to a lovely room where we settled in. Like many inns around the smaller villages the inn is run by a husband and wife who give a real family feel to the place. Whilst chains like Wetherspoons and such take over pubs across the country getting punters through the front door by offering cheap food. It is so nice to have a drink in a pub where people want to say hello and are not interested in just taking your money whilst getting you in and out as quickly as possible. Needless to say we had a nice night in the restaurant with good food, a few drinks and friendly service.
Tomorrow we head to Bugle where we are housesitting for a week. It’s a chance to explore a part of Cornwall which we only briefly explored last time we were here two years ago. Oh man how the time has flown. It’s hard to imagine two years ago we rode from John O’ Groats to Lands End.