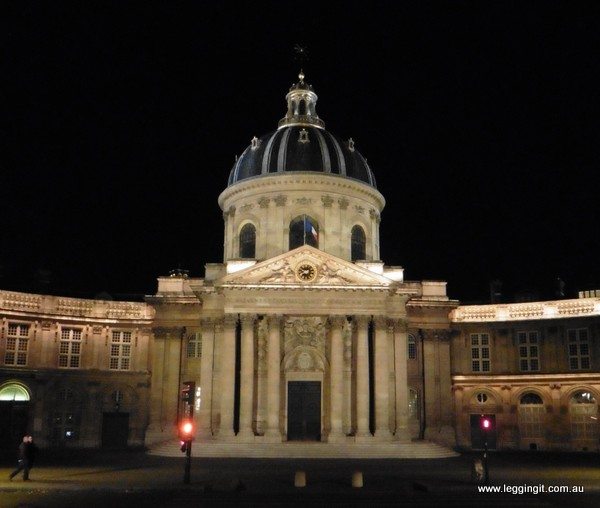 After tea with Guillaume, we caught the train to Louvre station to meet up for our Paris Night Tour with Discover Walks. 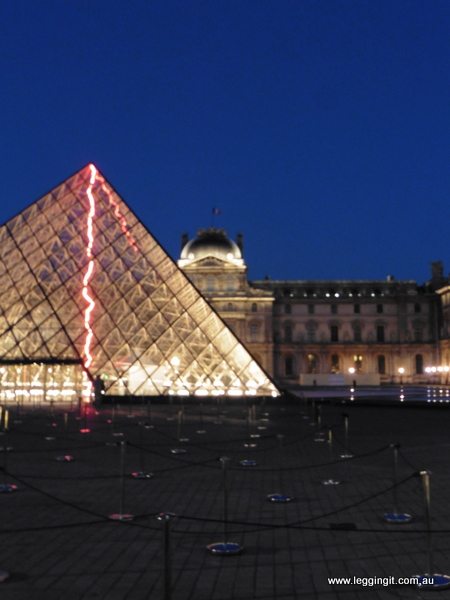 We met our guide Bruno at the horse statue in the square, well actually it’s a reproduction of the statue of Louis XIII at Versailles Palace. Our tour took us on to new places we hadn’t seen and carefully picked out interesting facts and curiosities. We were to learn that the horse statue is actually the most recent structure in the Louvre Square and it’s set at an angle so that you can look up the avenue through the Arc de Triumph Du Carousel and see the Luxor Olelisk at Place de Concord and new City beyond it.

We picked out curiosities like the mean time indicator which was to be where mean time was calculated from (before the British moved mean time to Greenwich). Around the Louvre the buildings are quite stunning at night with lights highlighting their beautiful architecture. Our guide pointed out a few points of the architecture and told us some interesting bits and pieces of the history of the Louvre and the rulers who left their mark. In the passage between the old and new section of the Louvre a lady played classical music on a violin supported by backing music which really set the scene. 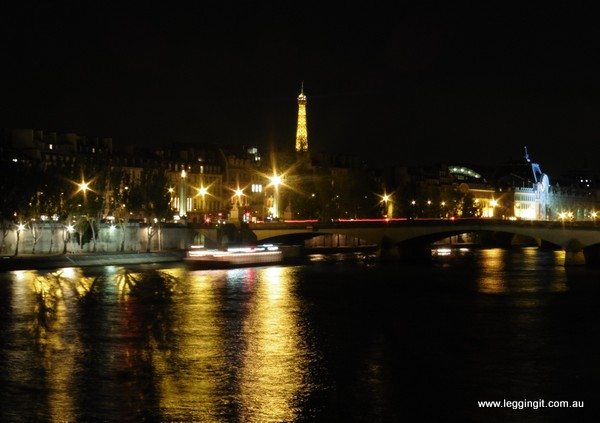 We crossed the famous lovers bridge of Pont du Carousel. Lovers had been attaching locks and casting the keys into the River Seine in a pledge of undying love which had threatened to collapse under the extra weight of all the locks until the mayor of Paris made an impassioned plea on TV for people to stop. The council removed all the locks and replaced them with flat boarding decorated with woeful art. Hopefully someone will do some decent artwork on it, any graffiti  artists out there?

The views from the bridge at night are stunning. Ferries slowly cruising along the river, magnificent grand old french renaissance style buildings and in the the distance the golden lights of the Eiffel Tower. 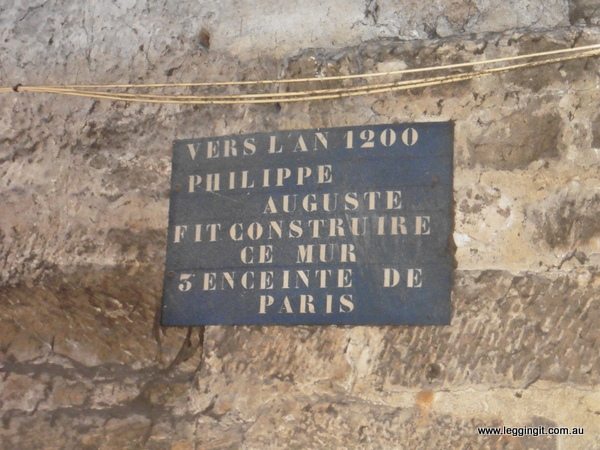 Along the way we found traces of old medieval Paris in the basement of a carpark and it piqued our curiosity that beneath the streets of the city so much history lies. We may need to investigate a catacomb tour to learn more.

Our tour took us through the chic streets of St Germain, past shops where items don’t have a price tag and if you ask the price you shouldn’t be shopping there. Restaurants overflowed onto the streets and although it was 10 o’clock people were still tucking in. Music from a jazz band busking on the street between a line of restaurants was the perfect place to end the tour and after saying our goodbyes we found a table at a chic ice creamery to listen. The band were so good people were up dancing in the street. When the band finished it was 11 o’clock so we walked the short distance to Odean metro and two changes later were heading towards the apartment.

Discover Walks have a variety of tours to choose from which will give you an insight into Paris, and of course, there are lots of other evening options like one of the amazing caberet shows at the Lido, Moulin Rouge or Crazy Horse.

Tomorrow we have a walking food tour of Montmartre which we are really looking forward to.

One thought on “Paris Night Tour”