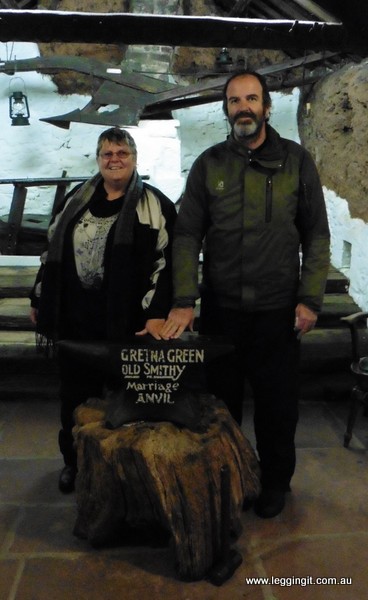 Leaving Fort William the weather was atrocious, with rain steadily falling as we headed down through Glencoe and up through the beautiful valley with its rivers and waterfalls. We were thankful we had visited yesterday as the fog was really low so the views were minimal. 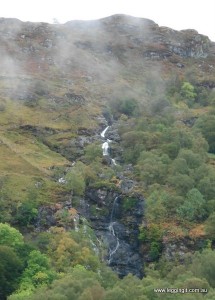 The traffic was pretty heavy with the weather and road works slowing things down to a steady crawl. At Inverarnan we took a break at the Drovers Inn, a quirky hotel and bunkhouse. The hotel was fill with all sorts of stuffed animals, swords, memorabilia, barmen dressed in kilts and a roaring fire which added to the atmosphere. It also included an fine example of a ‘Haggis’ the mythical Scottish creature, the story is in the next photo. 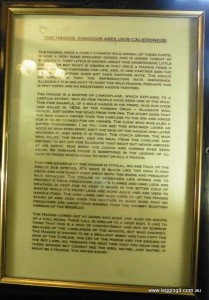 We warmed up with a hearty lunch before facing the miserable weather again. The weather cleared up as we reached the outskirts of Glasgow and we really enjoyed riding through the city. It’s probably not what most people would say but Glasgow seemed like quite a beautiful city. Hopefully next year we can visit again. 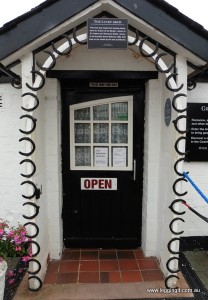 A stop at Gretna Green was on our agenda today to visit the historic Blacksmiths Shop. Gretna Green gained notoriety for Blacksmith weddings after England passed the Marriage Act in 1754, which increased the age of consent to 21 and made it law that all marriages were to be performed in the church. In Scotland the law was that for two people to be married all they had to do was state that wish in front of two witnesses and be over 16. As Gretna Green was just over the Scottish border many couples fled across the border for the original “quickie wedding” often with angry fathers following close behind. Sadly there were also cases of young girls who were kidnapped and forced to marry as their fathers had money and land.

A booming business soon popped up with the local blacksmiths striking the anvil to seal the wedding deal. 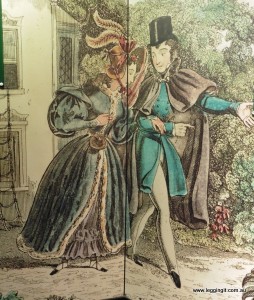 The museum which is attached to the Blacksmith Shoppe recounts tales of the characters who became blacksmith priests and wild escapes across the countryside by young couples. One of the tales was of how Joseph Paisley married two couples at the same time mixing them both up, as he was quite drunk. His answer to his mistake was “oh well sort yourselves out”.

There were examples of wedding dresses through the ages, carriages, and the small room where many couples had to quickly jump into bed to avoid parents trying to stop the union. 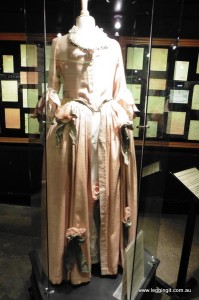 The blacksmith shop still does a booming trade even though wedding laws have now changed and whilst we were there a piper played as a couple made their way into the blacksmiths shop. A short while later a hammer struck the anvil to signify the union of another happy couple.

A short ride took us from Gretna Green over the border to England and onto our B&B at Carlisle where we were met by our lovely host, Clare for the night. She’d prepared a three course meal which was simply scrumptious. Clare was a wonderful host if you are looking for accommodation in Carlisle you can find her Airbnb listing here

Afterwards we sat and chatted whilst her Italian Greyhounds frolicked about they were so cute.

Tomorrow we head to the Lakes Area.

2 thoughts on “Married at the old Blacksmiths Shoppe”